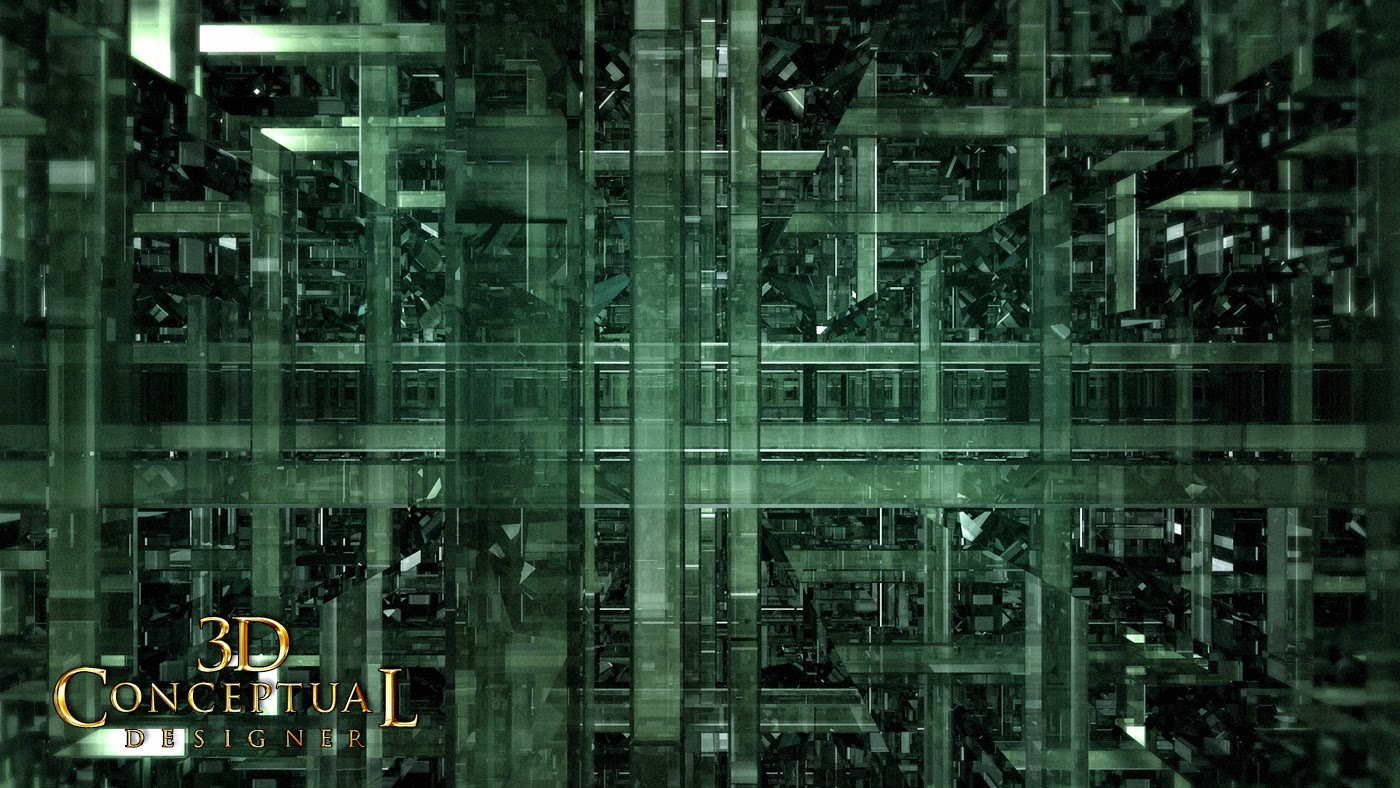 The final Style-Frame I created using a very simple 3D scene, and a bit of post color correction and Z-depth added for Art Beats from back in 2008. 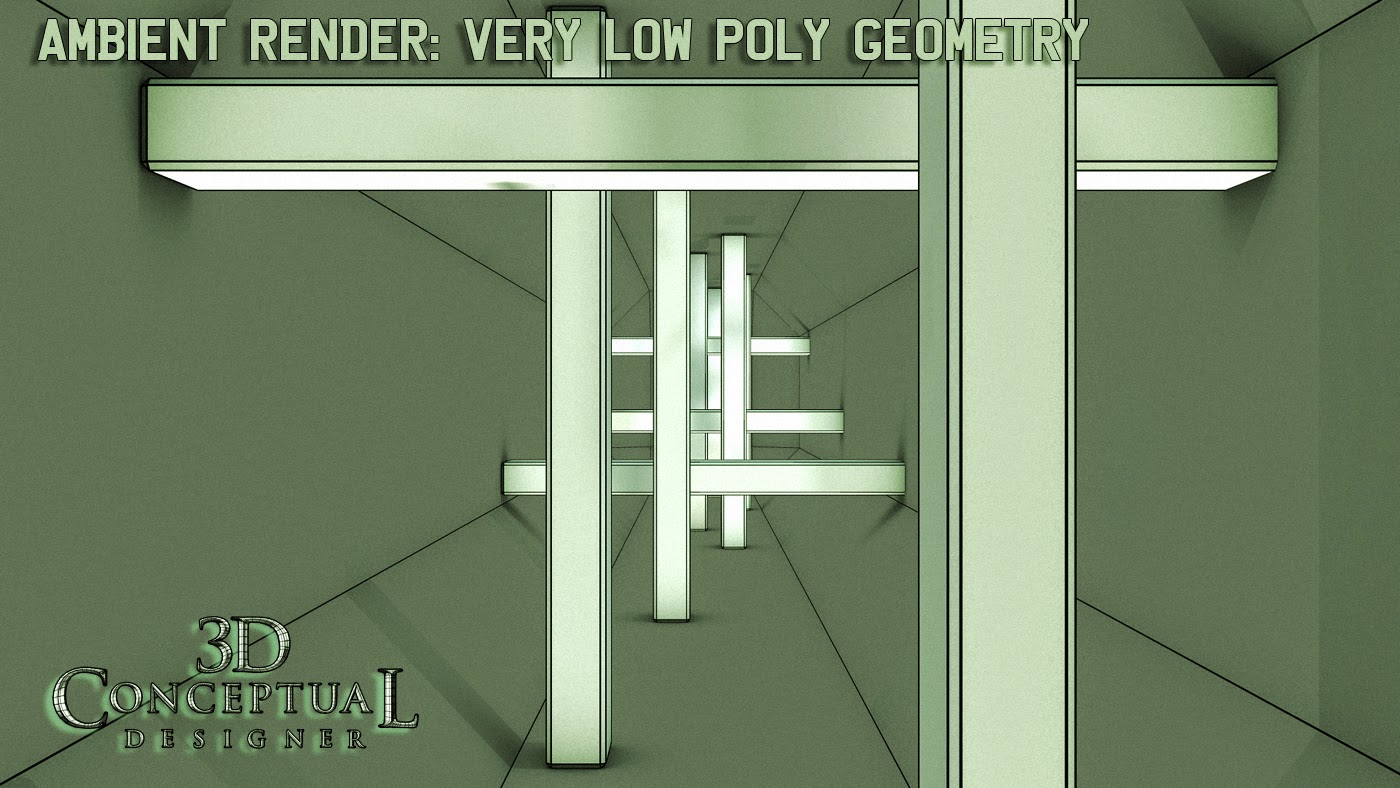 The ambient render shows the 8 sided hallway that was textured with a Mirror texture, as well as the simple chamfer boxes used for the glass posts. 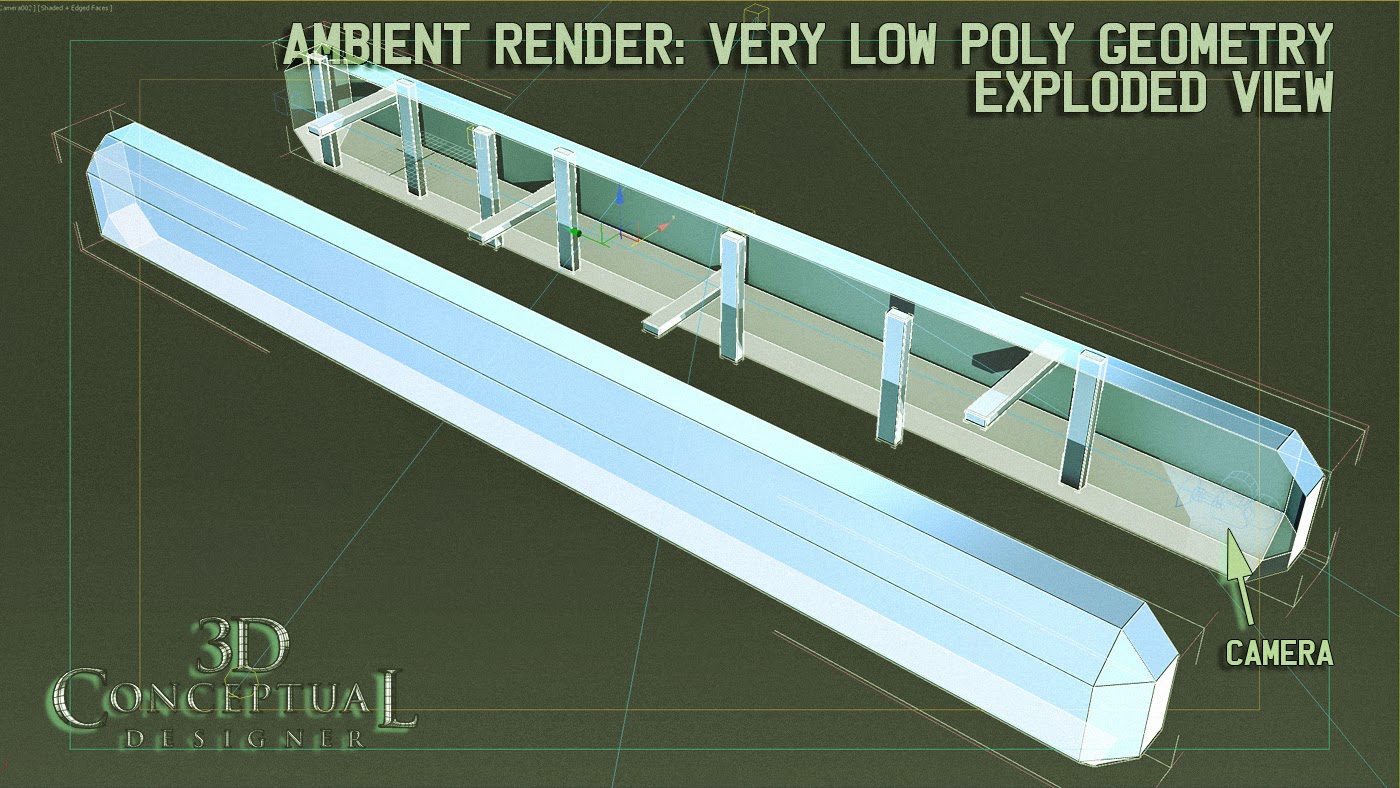 An overhead Birds-eye shot with the hallway sectioned in half, and moved out to see this long hall 3D move at 600 frames. 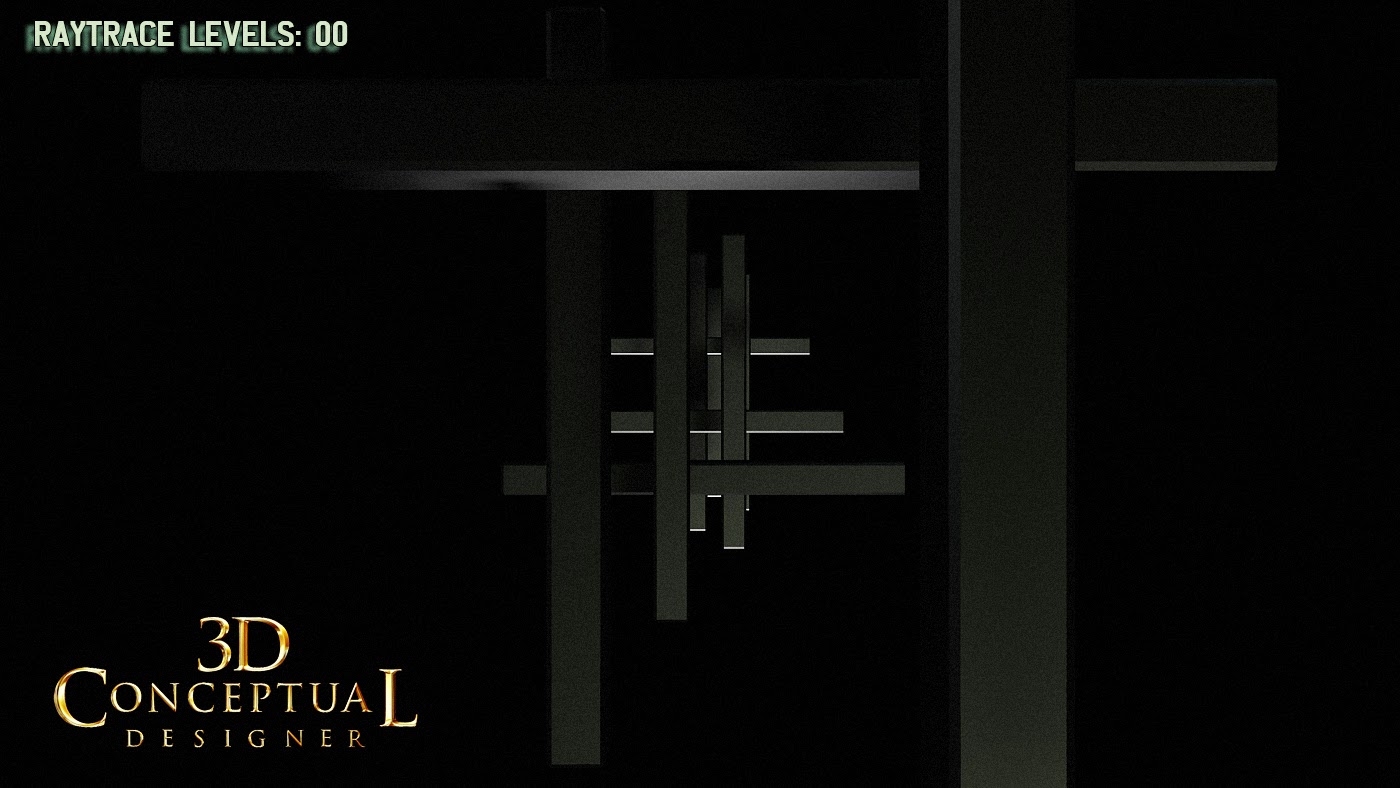 A raw 3D render with on ray-tracing levels at zero, shows a very dark set in this simple 3D scene. 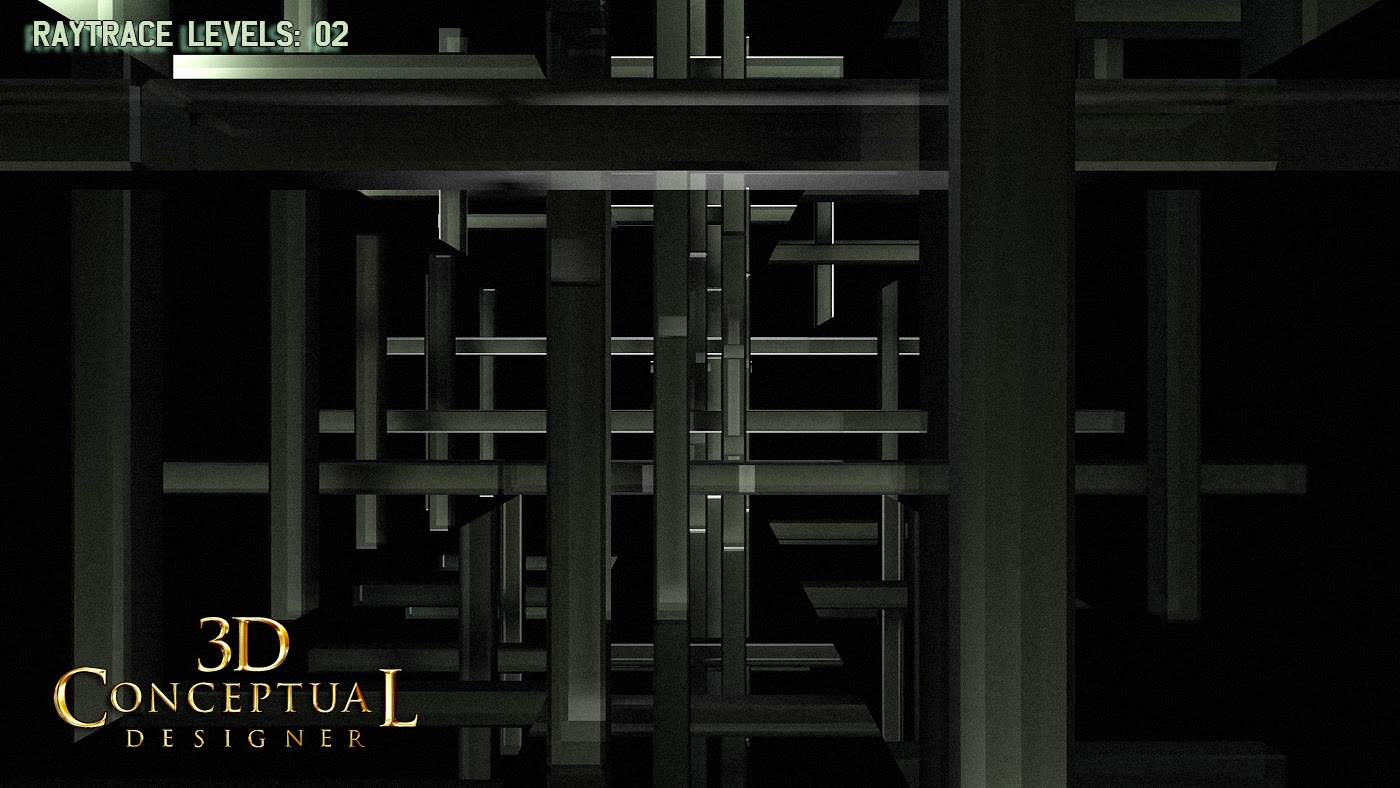 With just two ray-trace bounces, you begin to see quite a bit more going on down the hall here in frame 600 of the MGFX piece. 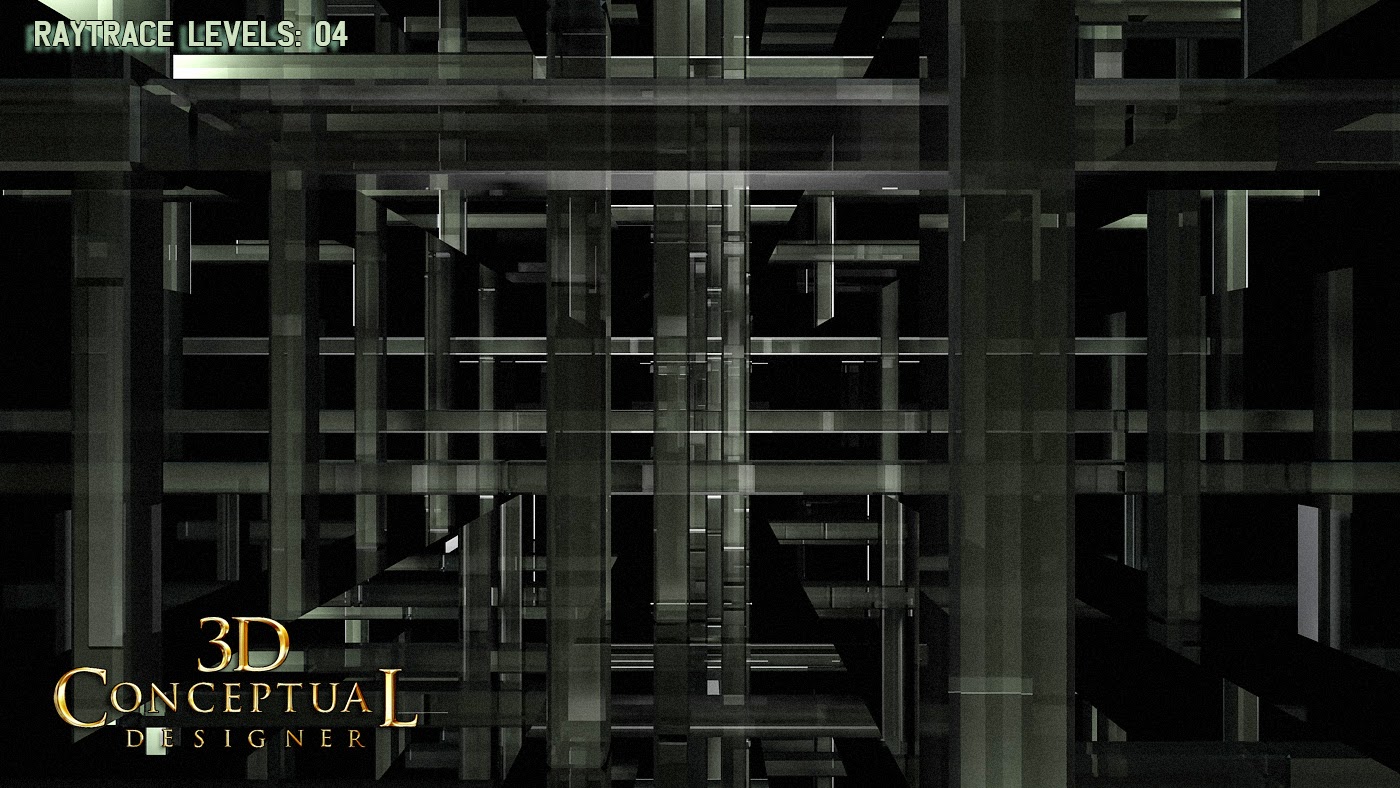 At four levels of reflections and refractions, you begin to see the walls a lot more and the brightness is getting higher with each added raytrace pass. 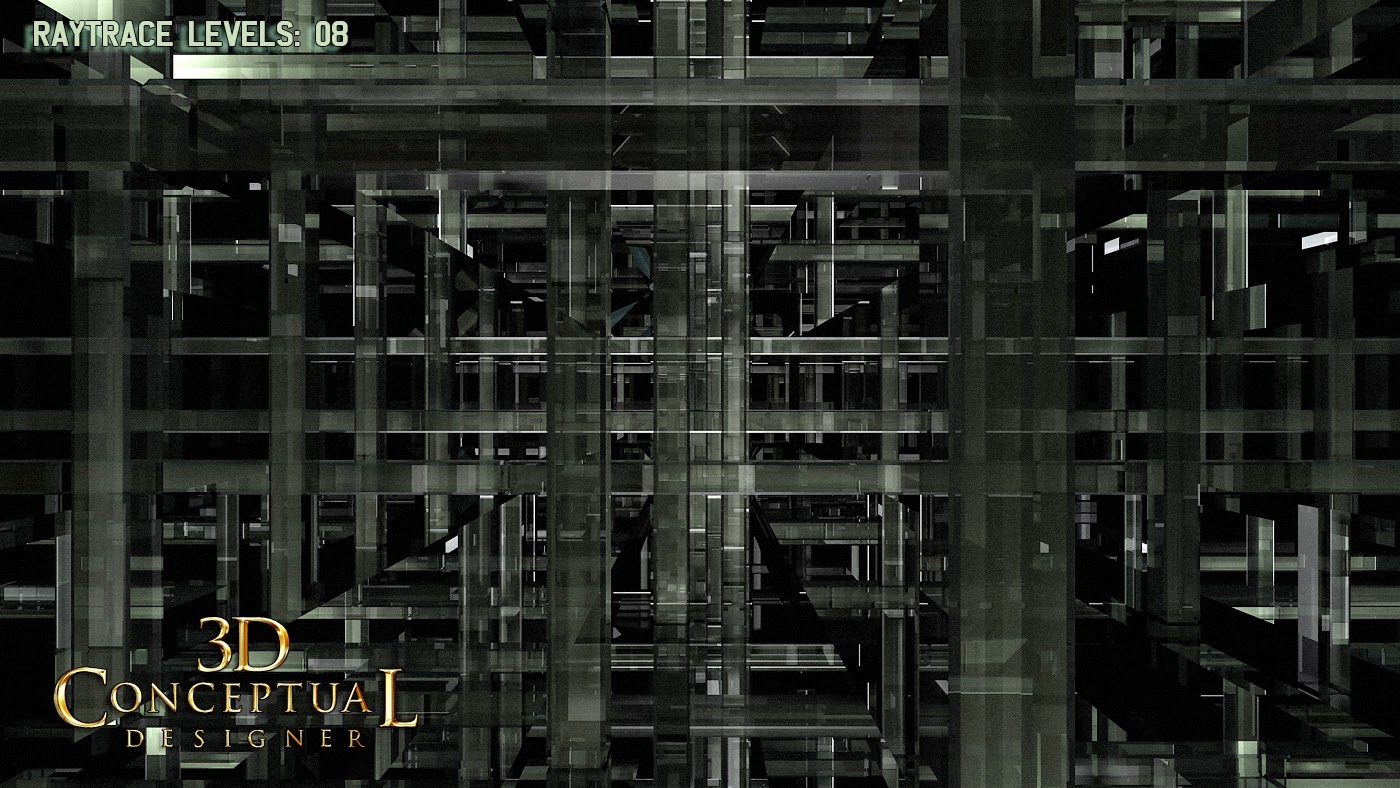 At 8 raytrace levels it is getting brighter still and a has much more going on in the walls. 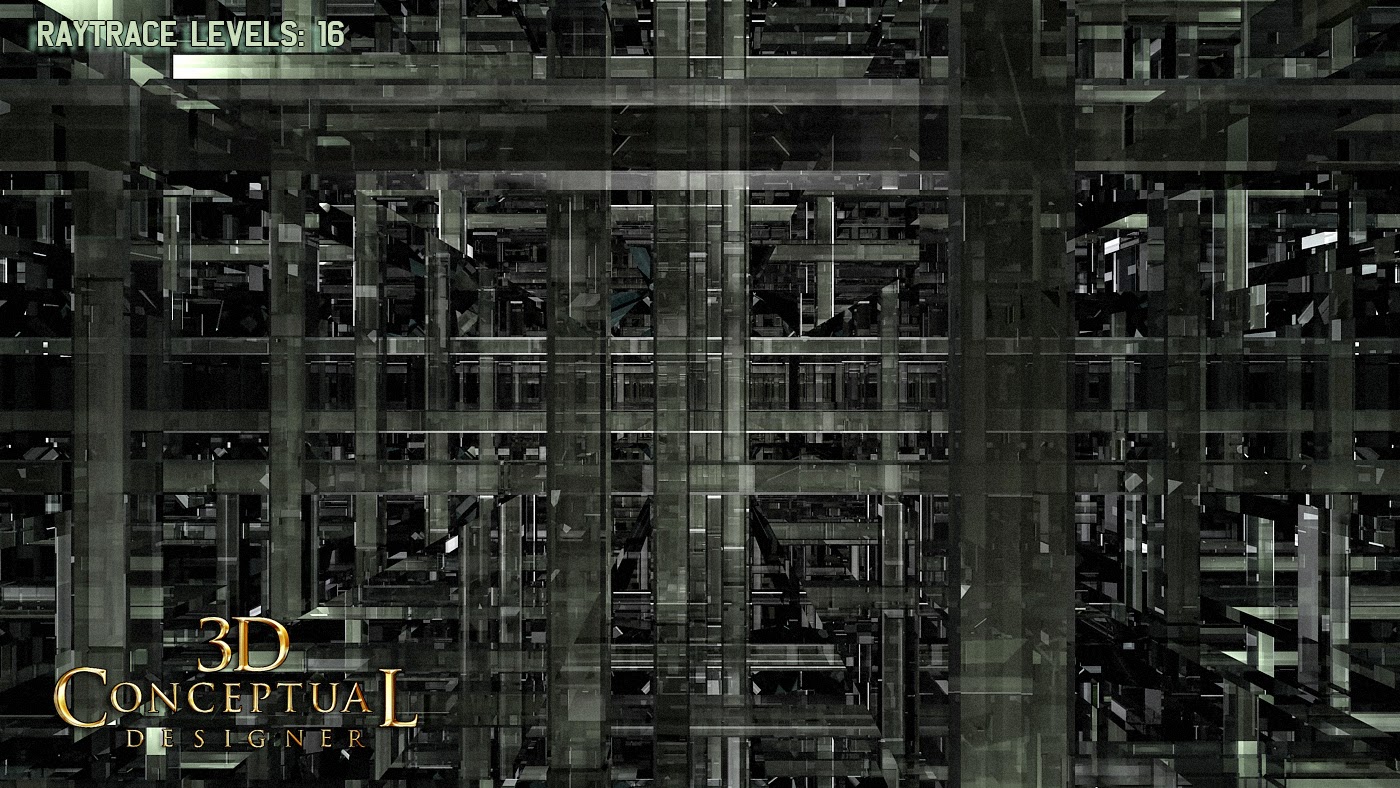 At 16 levels it is looking close to final. 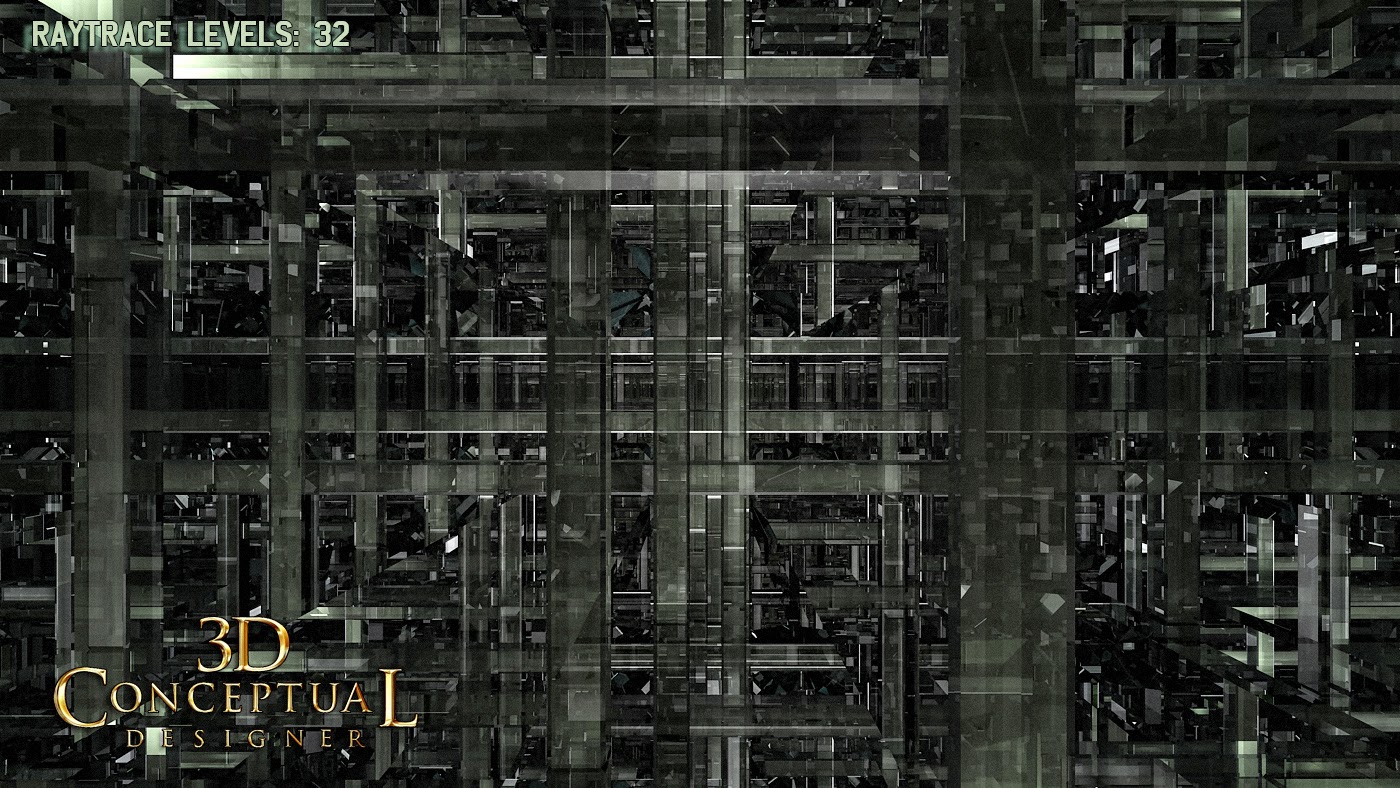 The final 32 raytrace levels in this final raw 3D frame before color correction and post work was done with the Z-Depth mask.

I did a bit of Motion Graphics 3D exploration for Art Beats back in January of 2008,  to develop some 3D background looks for a pitch for assets for the company to develop. I was running my one man show there,and had a friend get me the contact at Artbeats, so they agreed to a small 8 hour test.

Though the project was cancelled early on, what I liked about it was the concept itself, which was primarily to create living 3D scenes that could be customized at the company for any end client, and for my first concept I create a 'tech' like background based on a very simple scene.

I had done reflective backgrounds before, namely for Timeline a few years earlier for the trailers for that film, and I have always loved the 'infinity' effect you get in an elevator with mirrored walls, so I create a hexagonal hallway.tunnel-room with a few glass posts that animated and once I bumped the ray trace levels way up to 32, the 3D reflections in reflections got very interesting.

I will have added posts in the future for this quick MGFX work, so stay tuned!

Cheers, THOM
Posted by 3Dconceptualdesigner at 11:44 AM