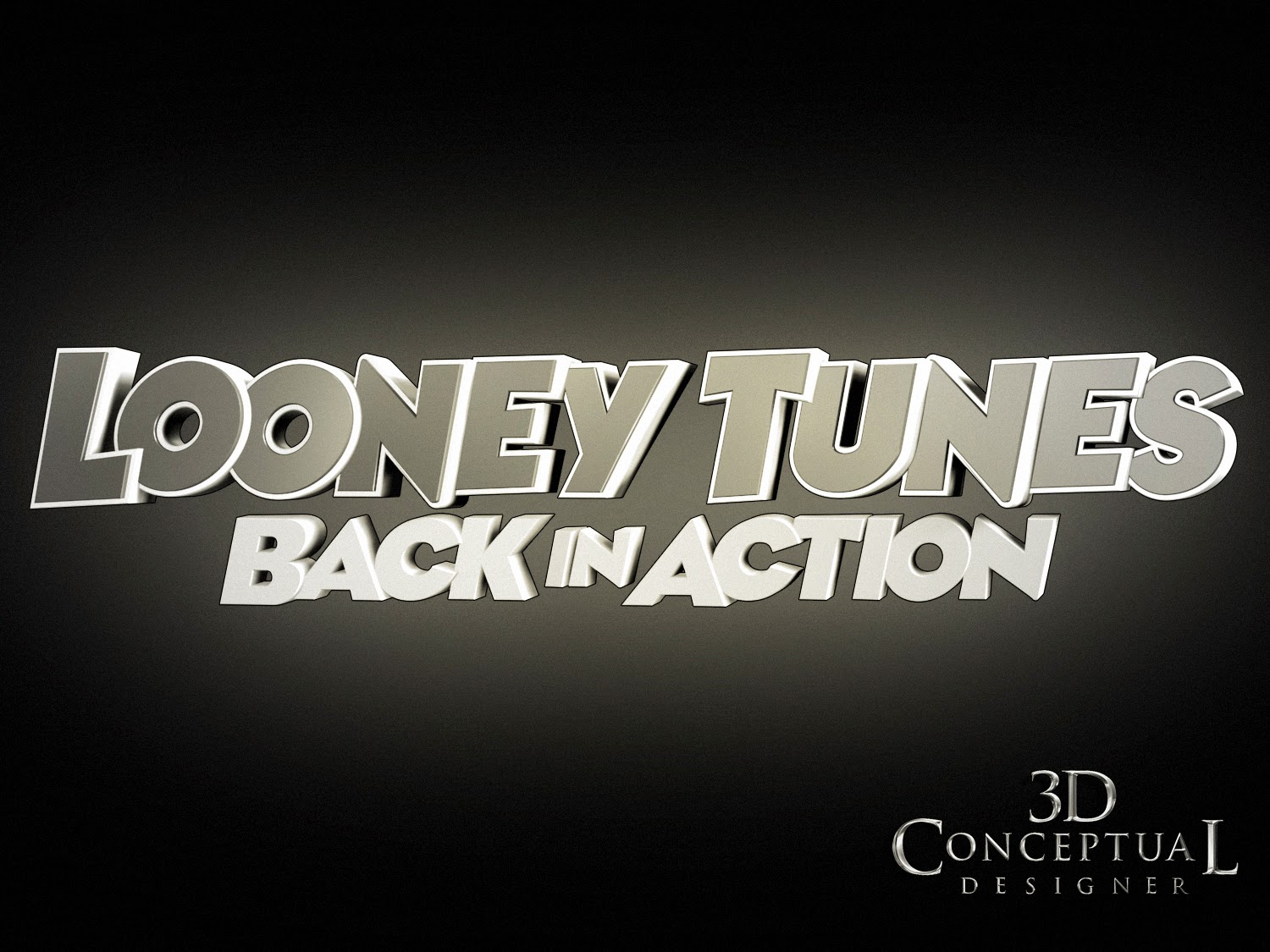 My first Black and White with some Sepia in post 3D Title Treatment for the Key Art presentation back in 2002 for Looney Tunes:Back in Action. 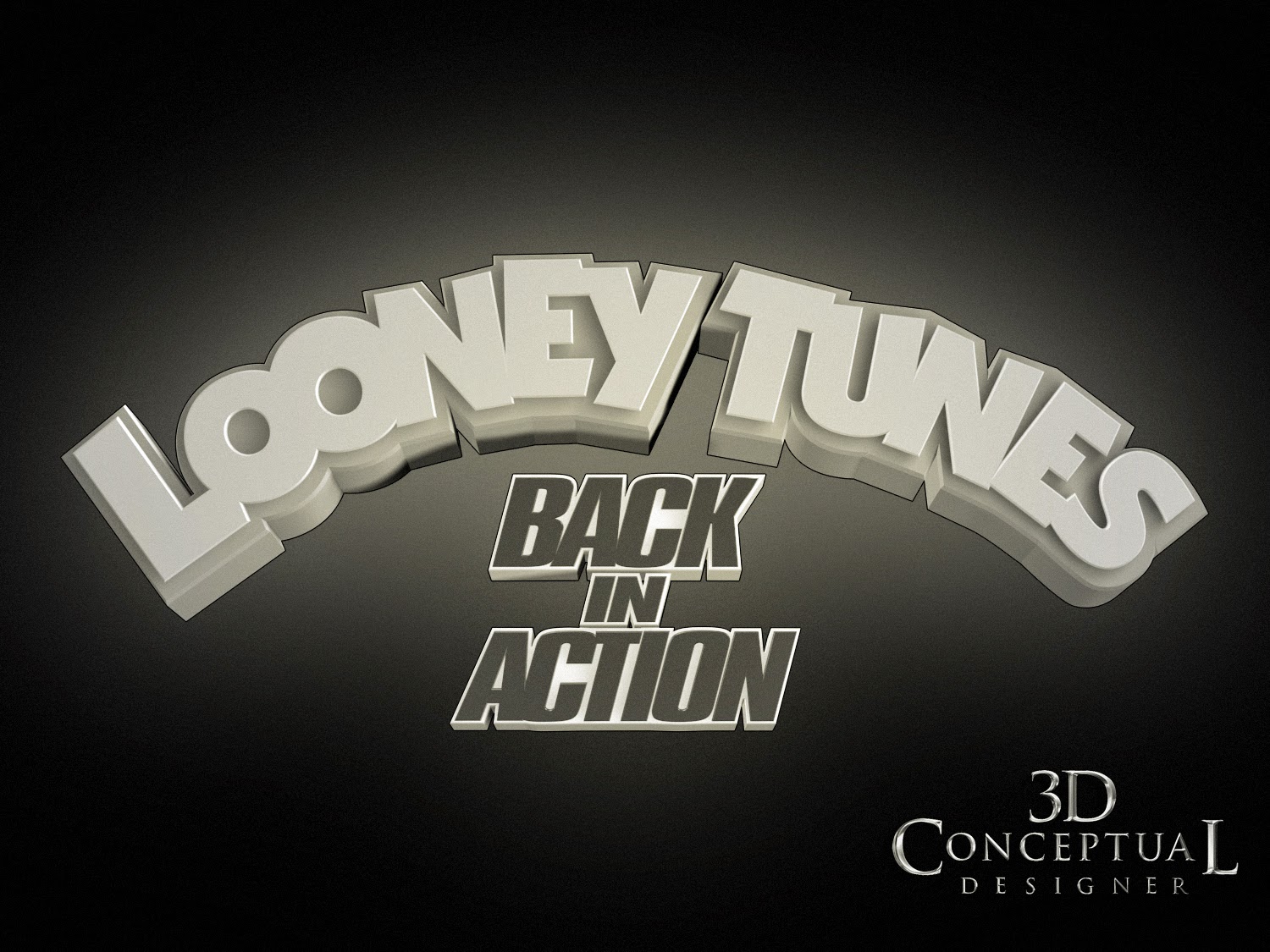 A Second 3D Logo design I did for Jeff Barnett Directing me. 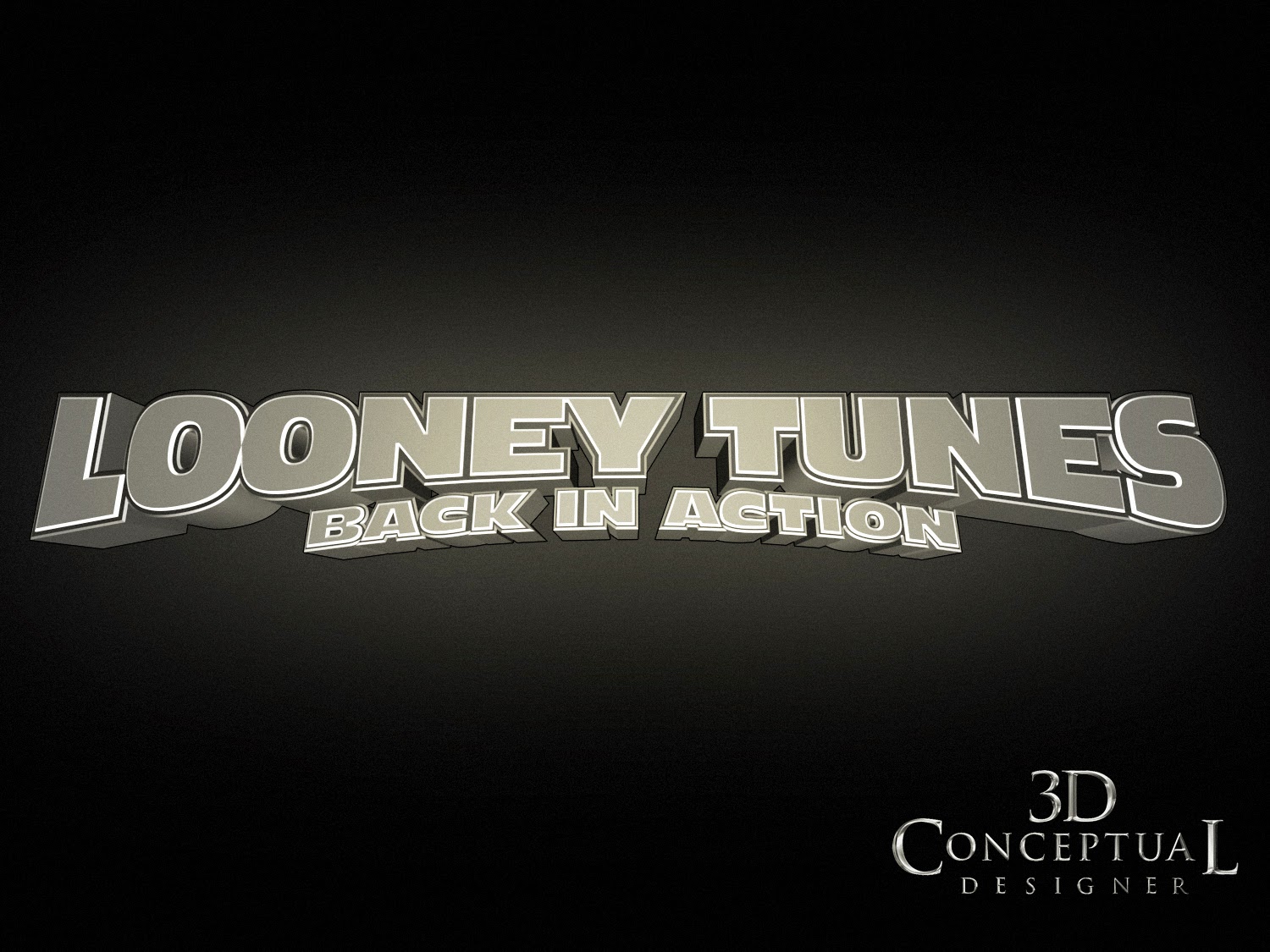 Here is my first design I made dimensional for Art Director Hunger Lam. A nice low angle showing the extrusion going back underneath 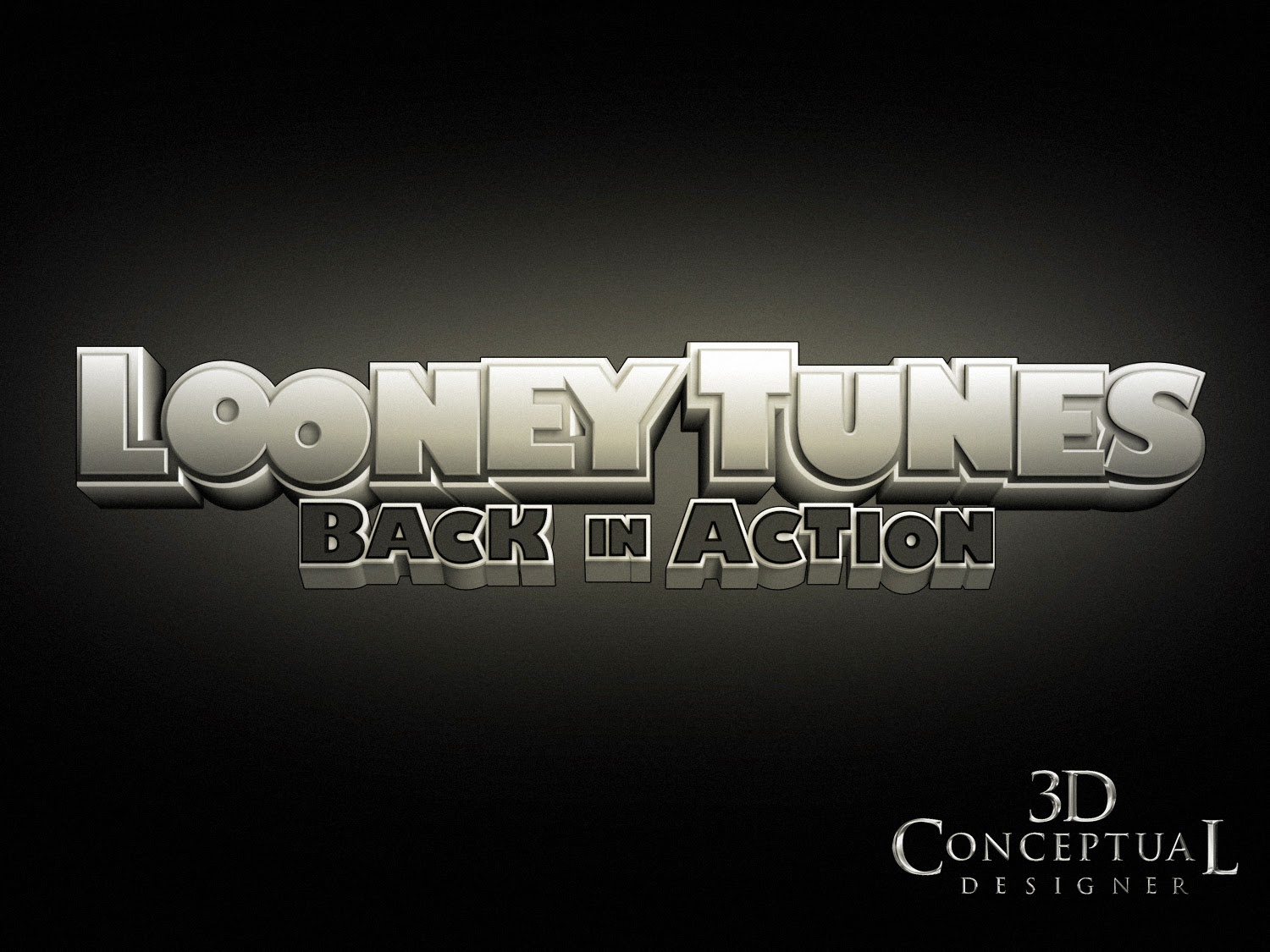 A Second Design I did for Hunger, and I really liked this one a lot, from the toon-like hand josselin' of the letter forms to the soft gradients. 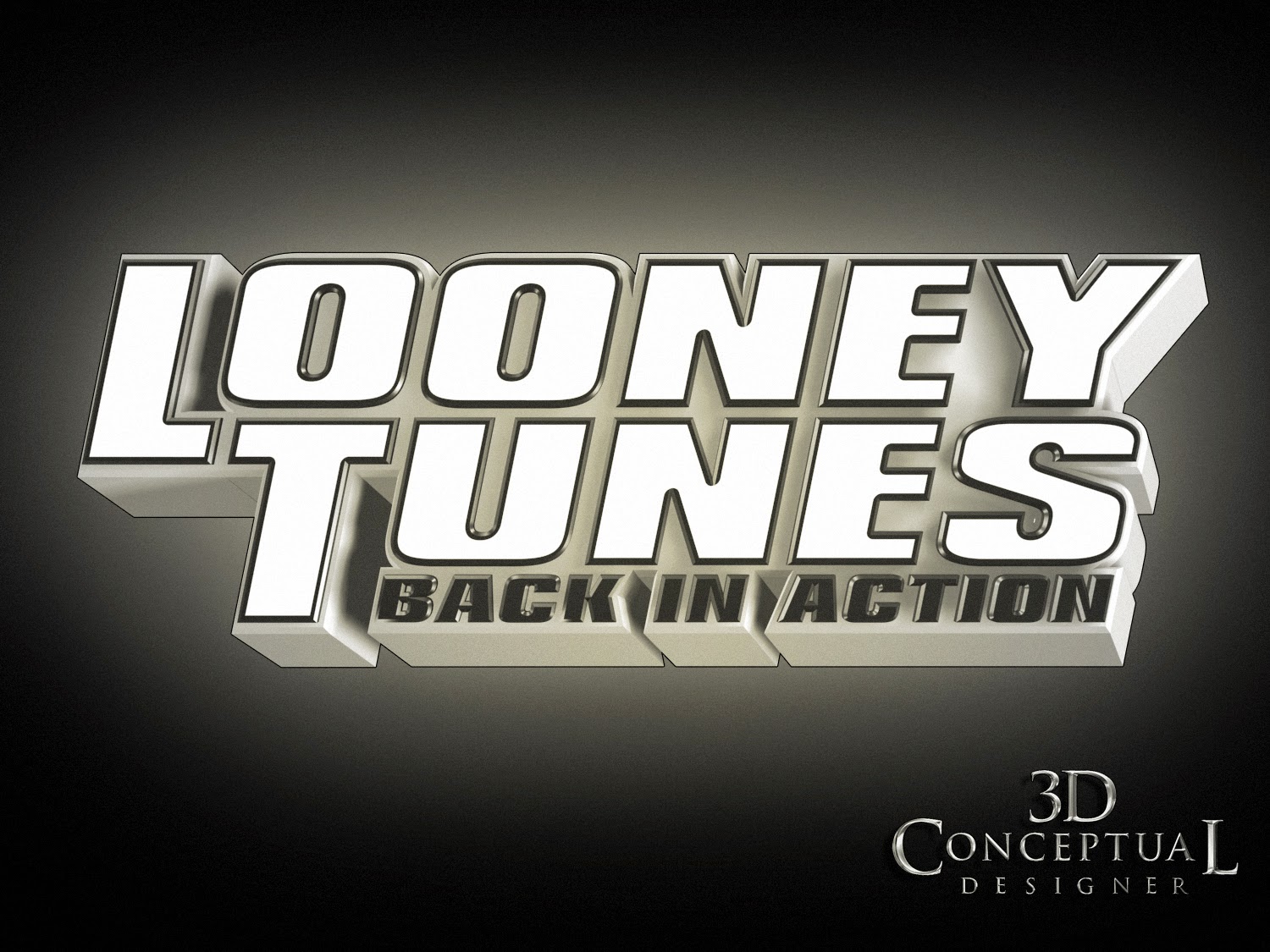 The last design I did for A.D. Hunger Lam. 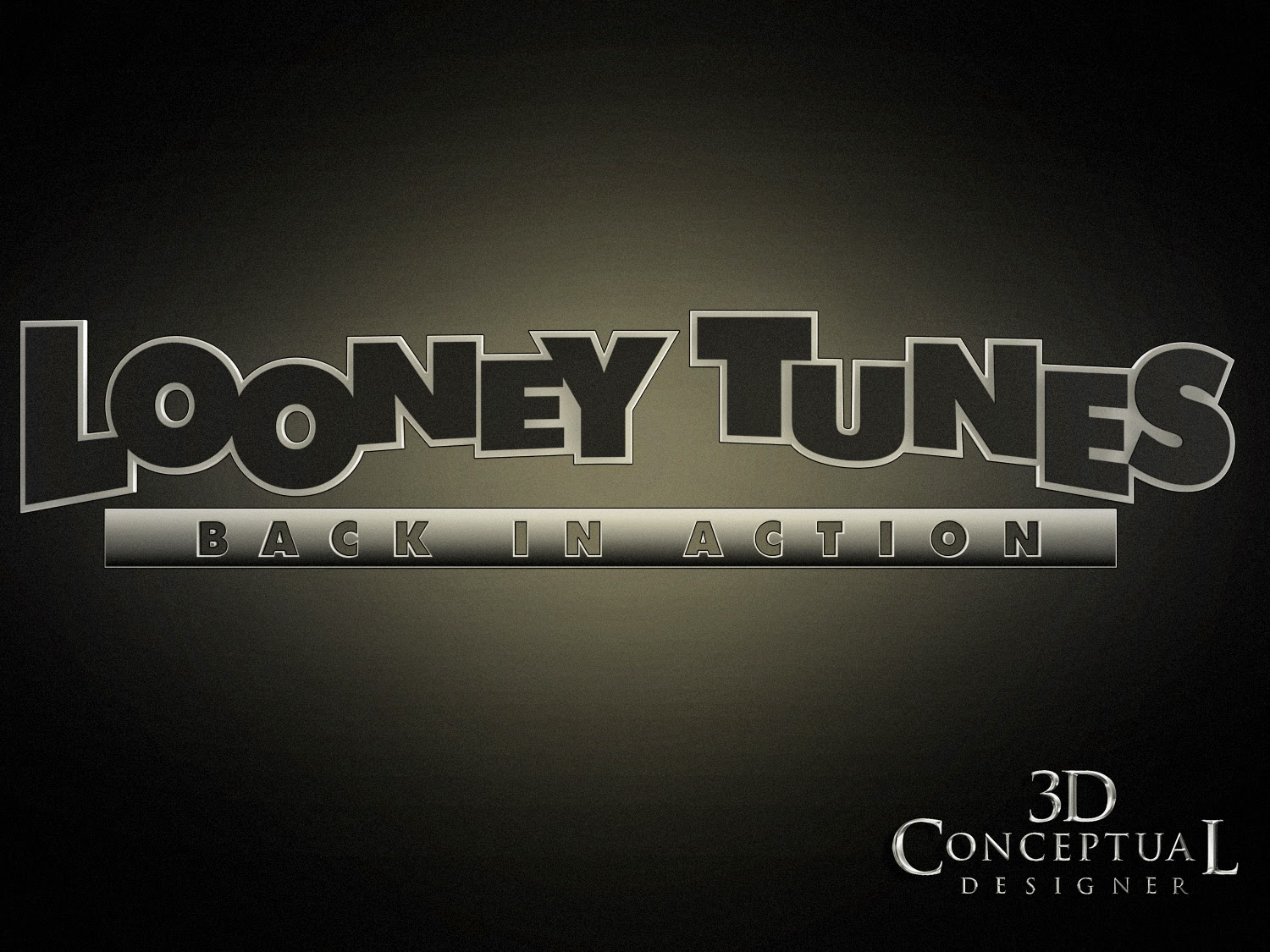 I did just two designs for Kevin Bachman, and this is the letter form that eventually finished. Here is the shallow version with a small back extrusion. 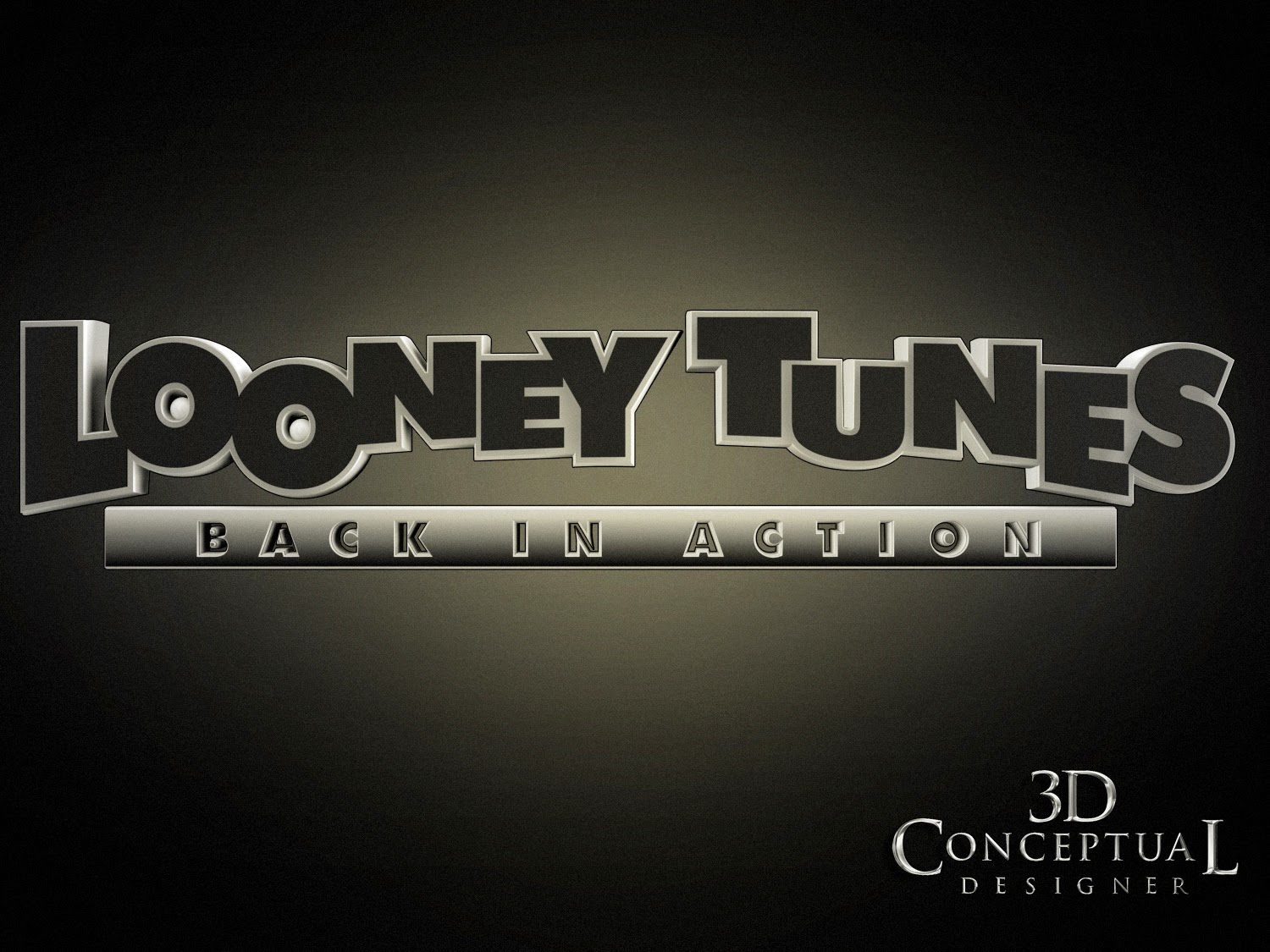 The second design I did for Monkey, had a much deeper extrusion going back with a softer curve to it, as well as some 'eye-balls' added into the title 'O's.

Thirteen years ago, back at the end of the Summer in 2002, I was still the in-House 3D Designer at BLT Communications as my One Man Show[ just me], and I was tasked with doing some 3D versions of Logos for the Title for a new Looney Tunes film to be made that year, Looney Tunes:Back in Action.

I had already posted in a cartoon-themed post, some smaller versions of some of the logos as seen here, but today I want to focus on the sepia enhanced, black and white styled logos I did for the project.

BLT employs some very high end 2D logo designers , so I always had a great supply of 2D vector files delivered to me and ready to go for most projects, and for this film, it was no different, as I worked with six Art Director/Creative Directors on various designs.

I am a huge fan of the old 'Tunes',  so for me this was a very fun exploration , especially the vintage sepia look for today post.

Stay 'tuned', as I will be posting the rest of the Sepia set, and then the full color versions and the final finished Logo that went to print in future postings here.