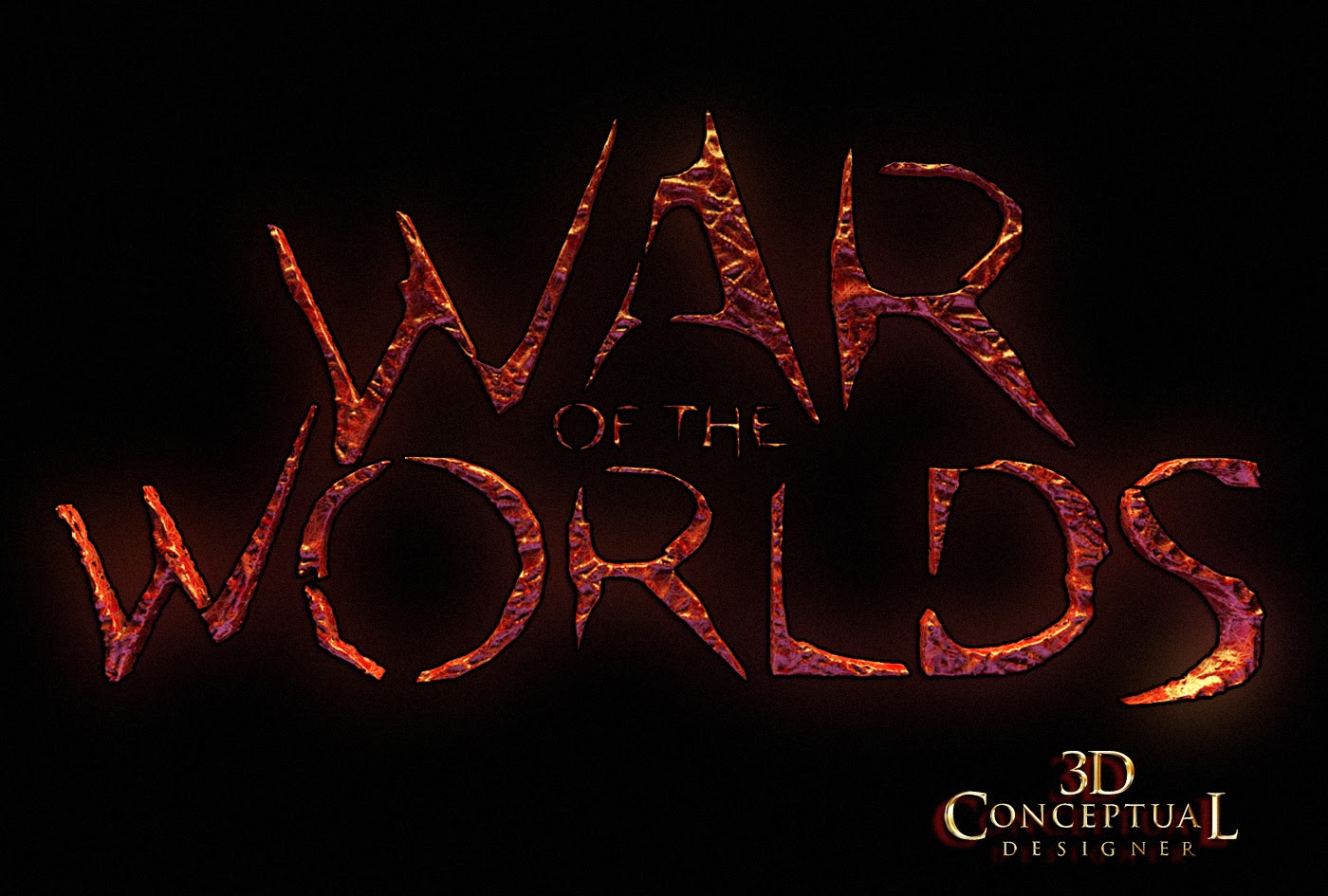 An early version of the Blood-Moss 3D War of the Worlds Logo had cross-scratches used to create the displacement as well as the sub-surface glow on the lowers. 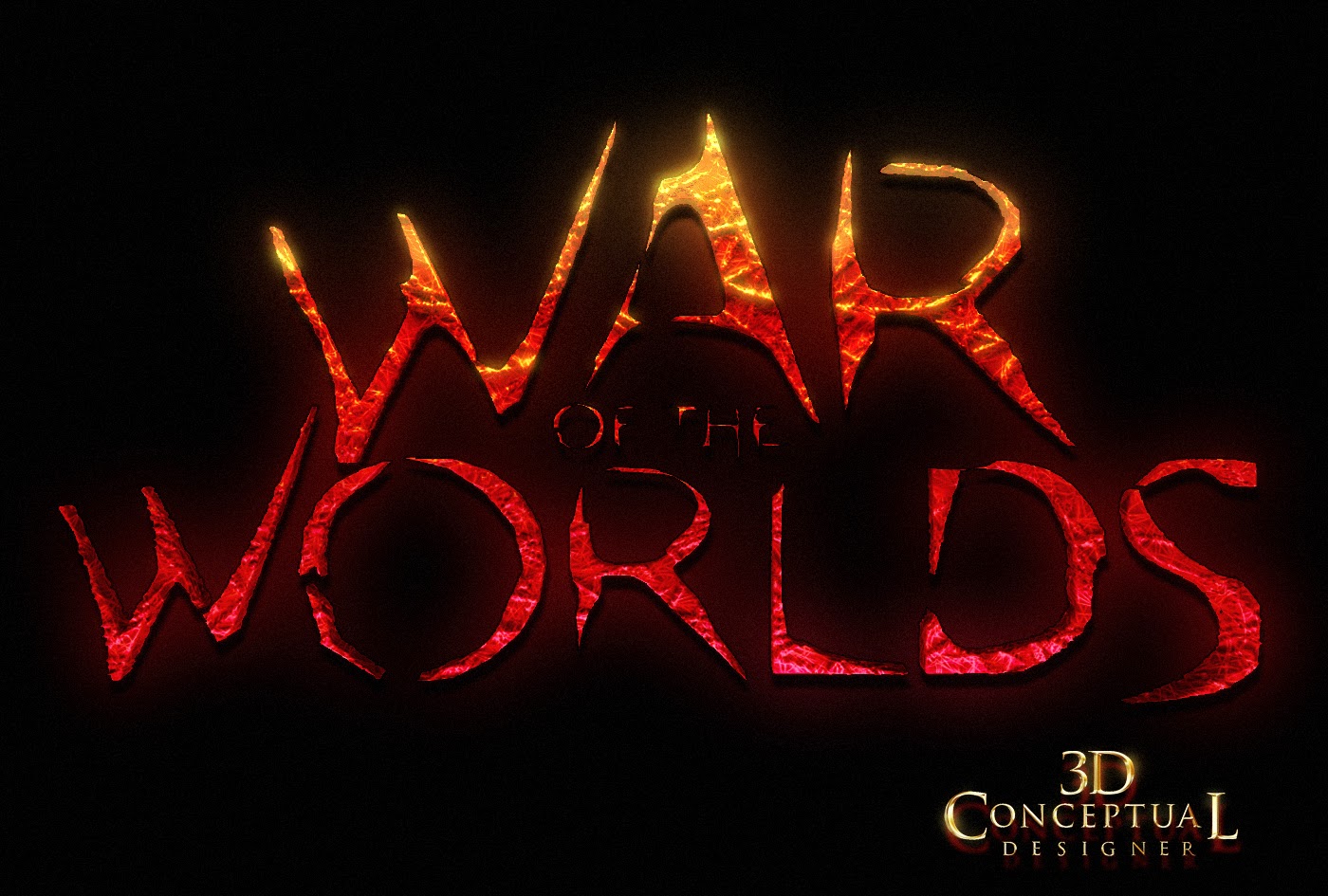 For this version I added a very hot top-light and added some glo-FX to the top to add a level of heat to the look of the final type treatment. 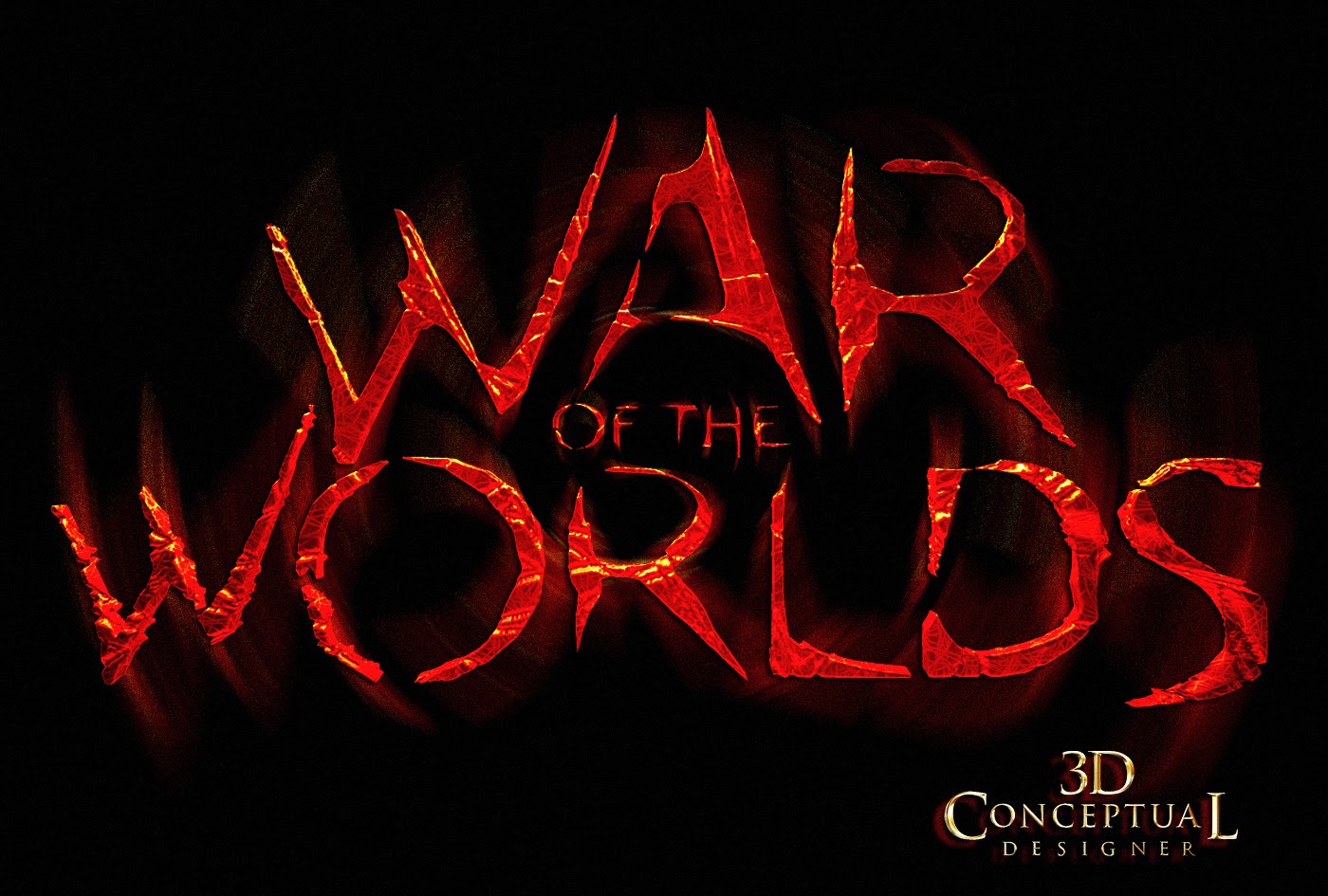 This version has some rotational blur added as this was a style frame for a AV pitch as well, and we discussed that the logo was buzzing and vibrating a bit so we wanted a  look at that effect. 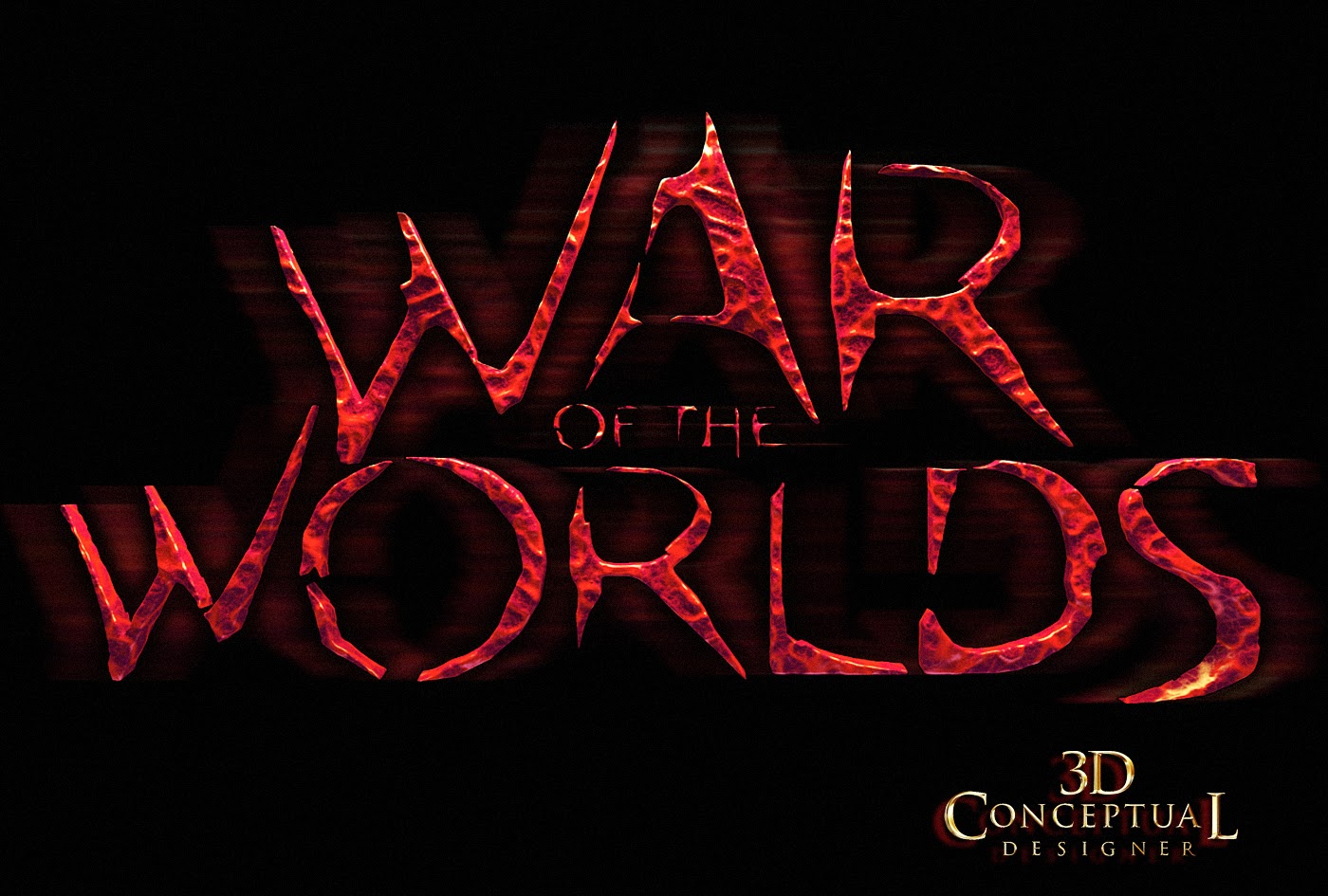 We called this version the 'Meat look', as it felt like raw steak a bit to the team. 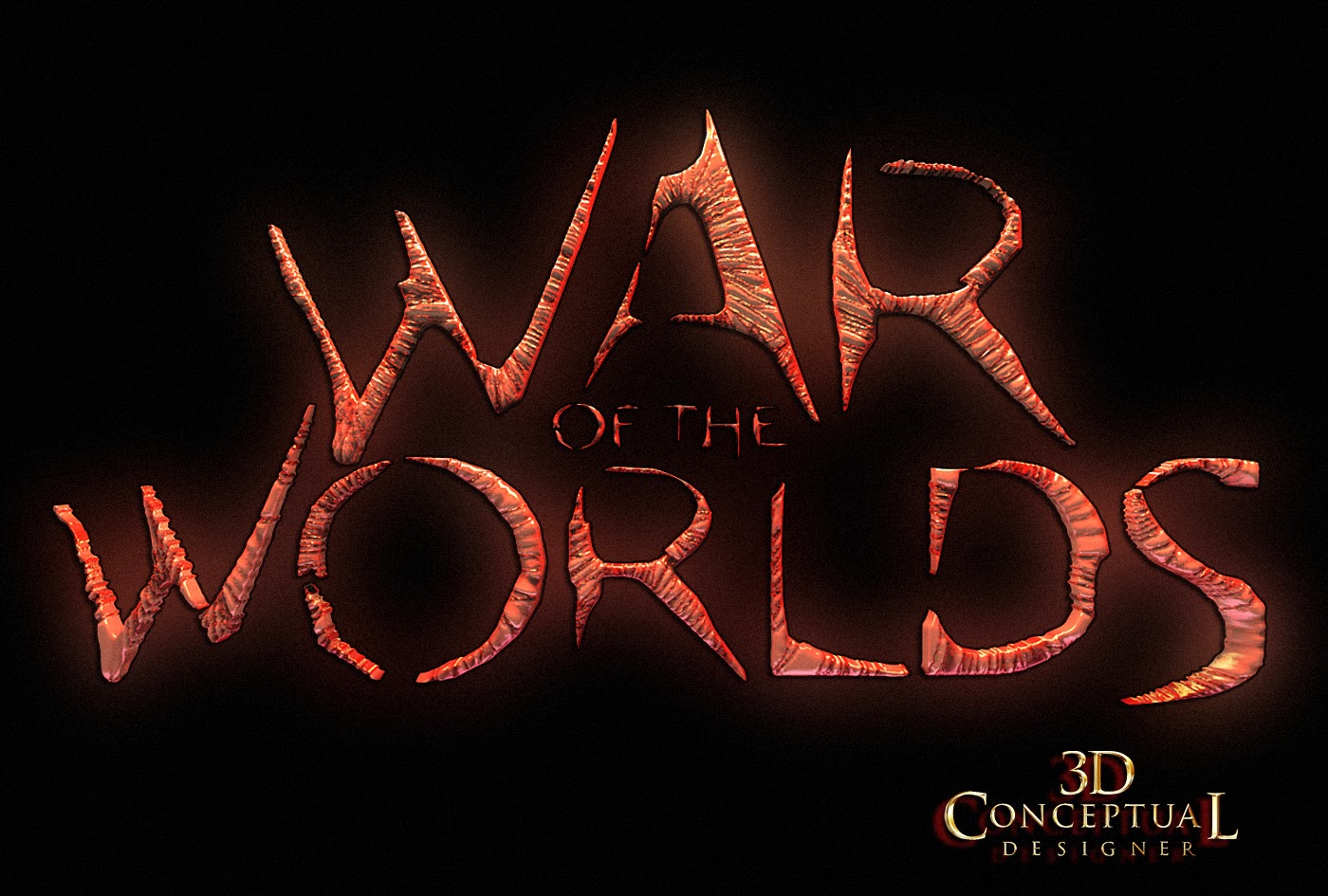 We dialed in this look with a wrapped feel to the vines, so I created a custom map that was used for displacement, bump, illumination and specular. This was the first render. 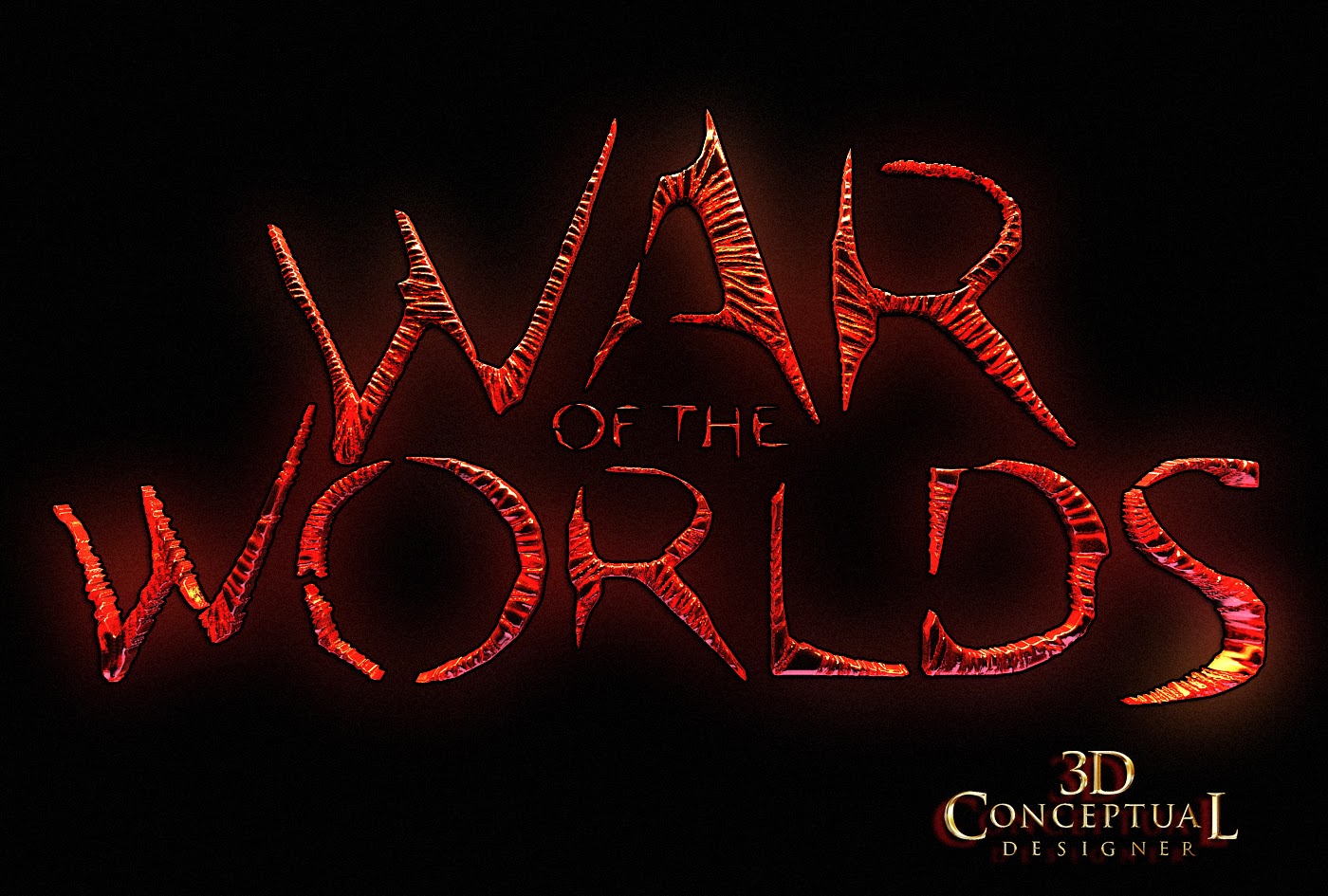 For the second pass on this final look for War of the Worlds, I did the materiel in a red glass with internal caustics inside the font. 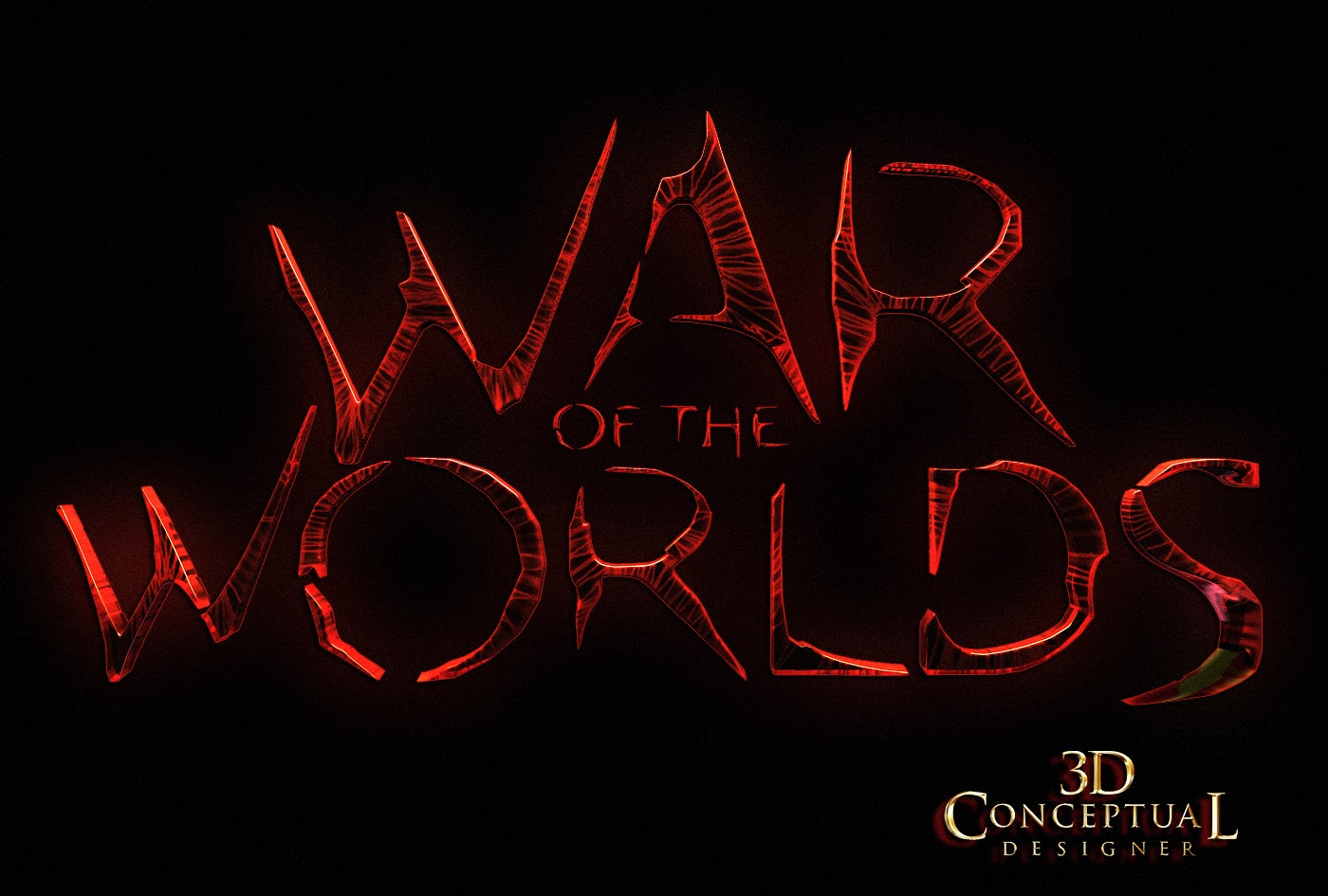 Here I removed the 3D displacement and went smooth with the self illumination still active on the map. 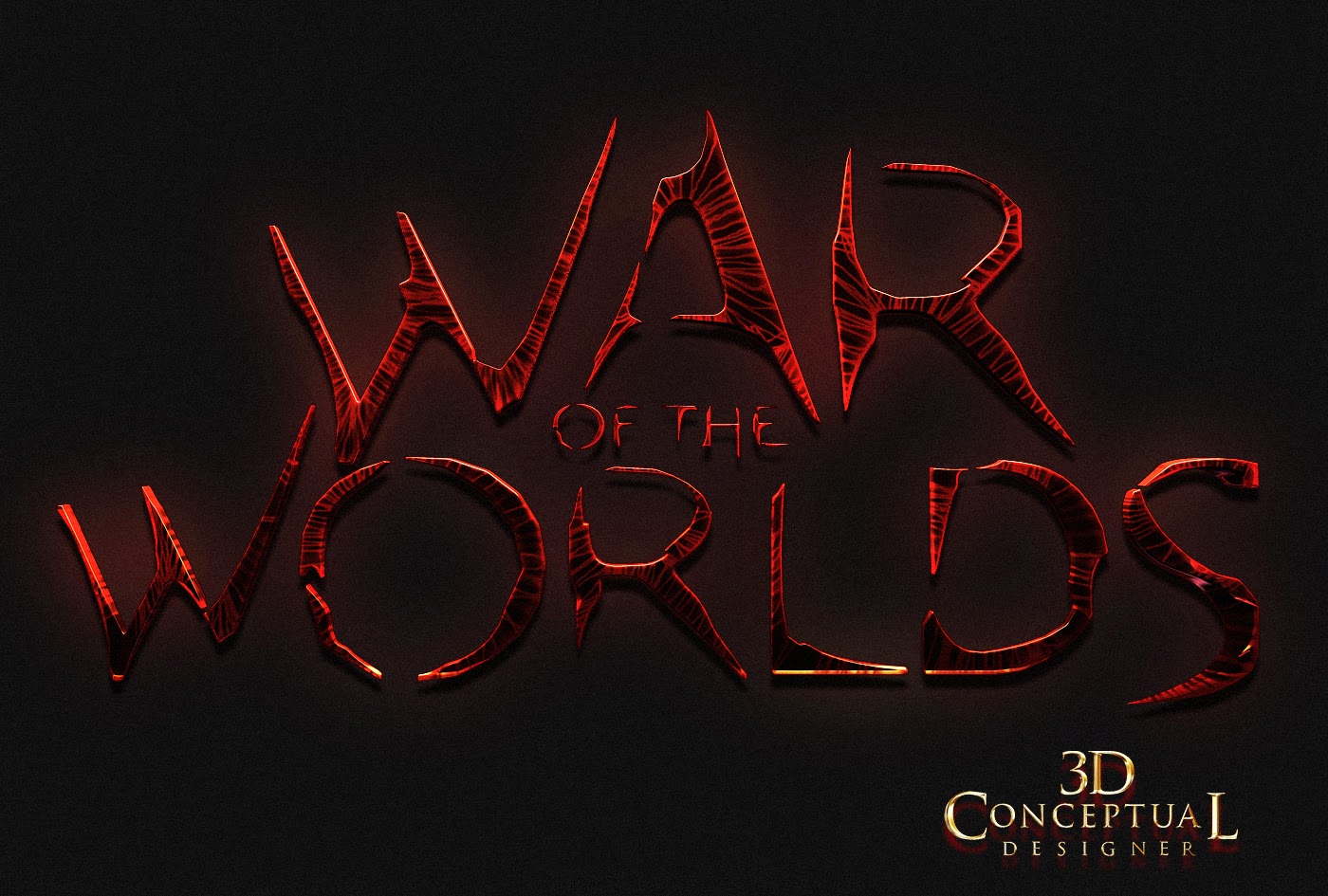 The final version I tapered the font top and bottom to a sharp point[ FFD]. This was the final look delivered in this style. 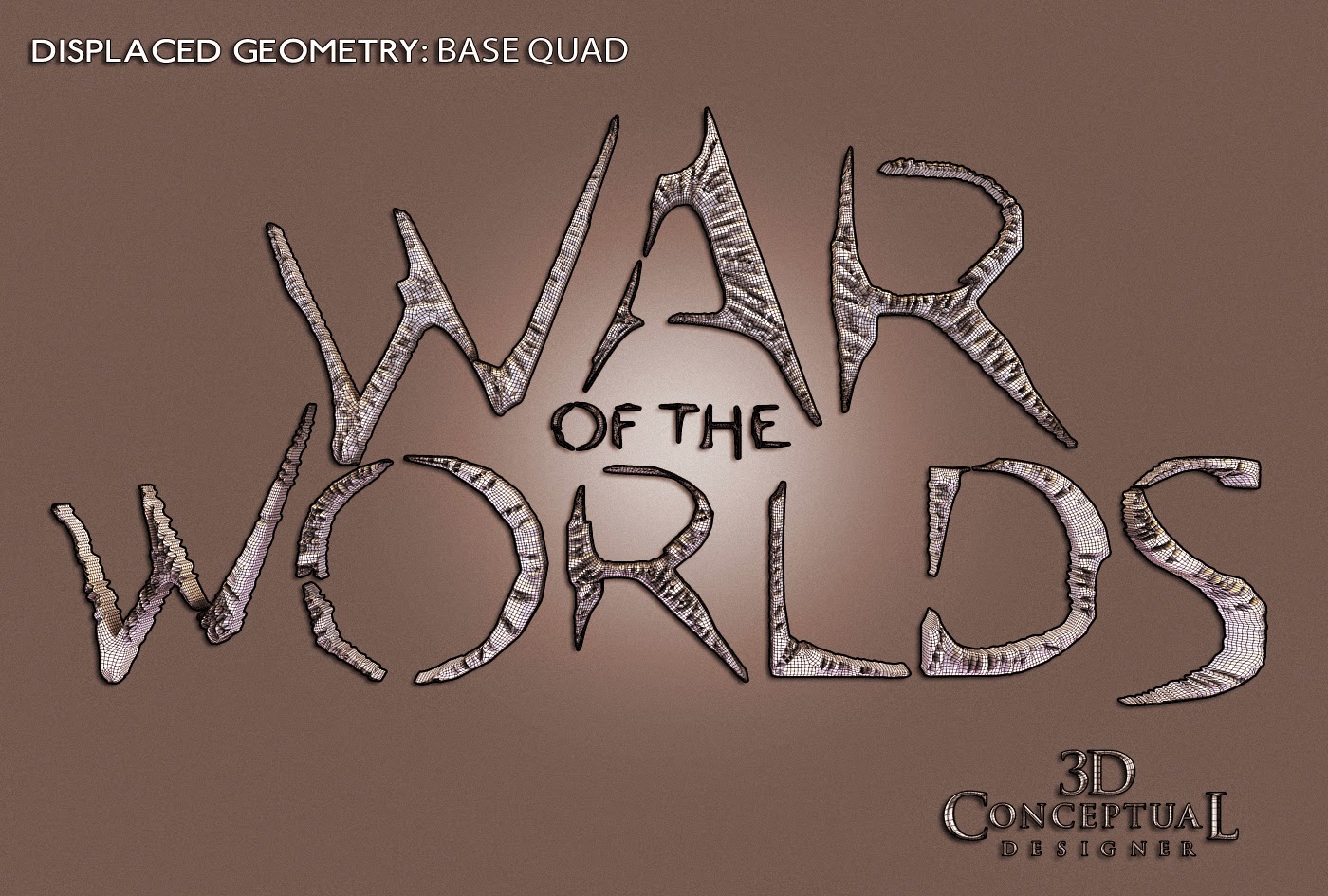 The base quad model I built with displacement ON. 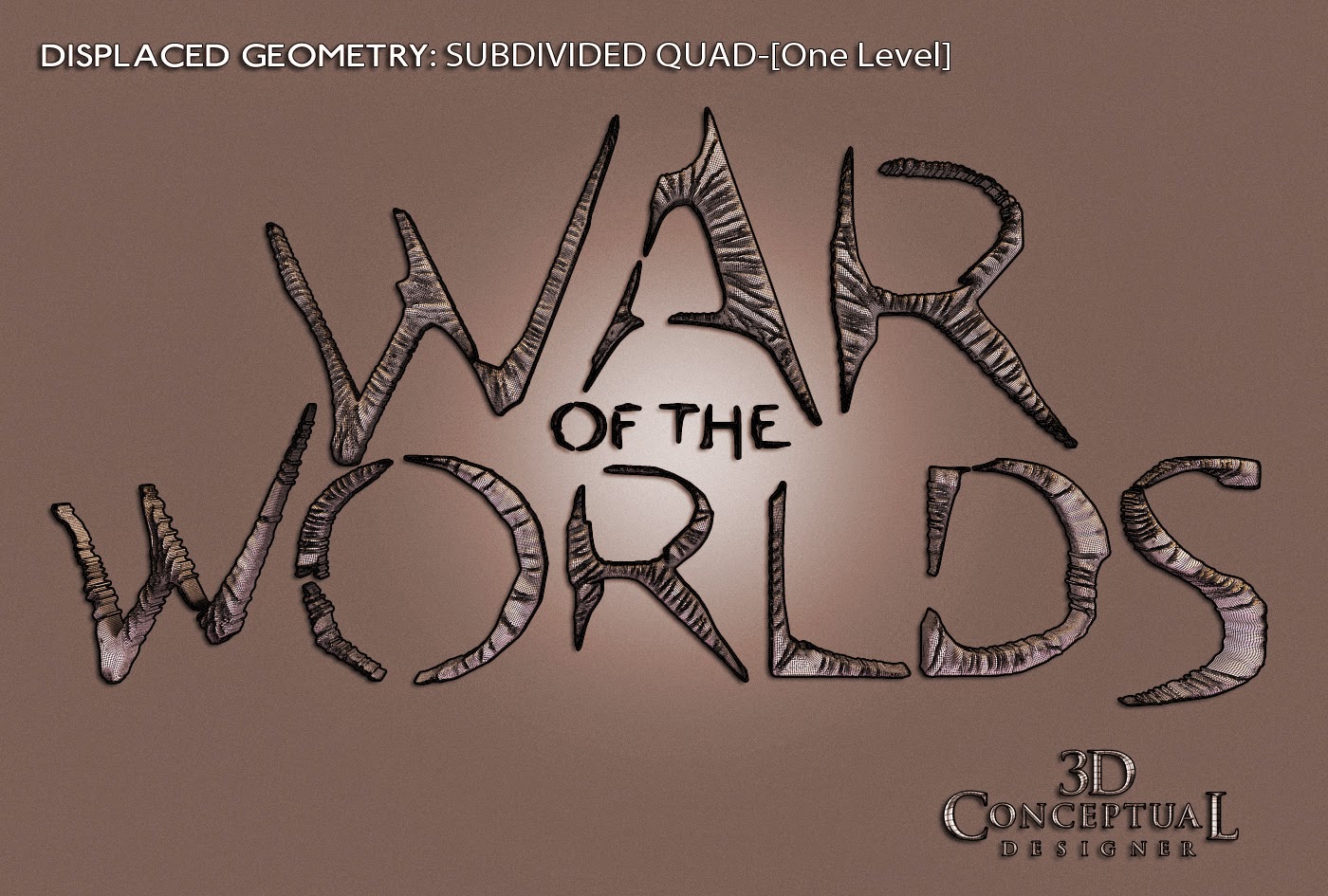 With one level of Turbo-smooth[ Sub-D] added to smooth it out for the final renders. 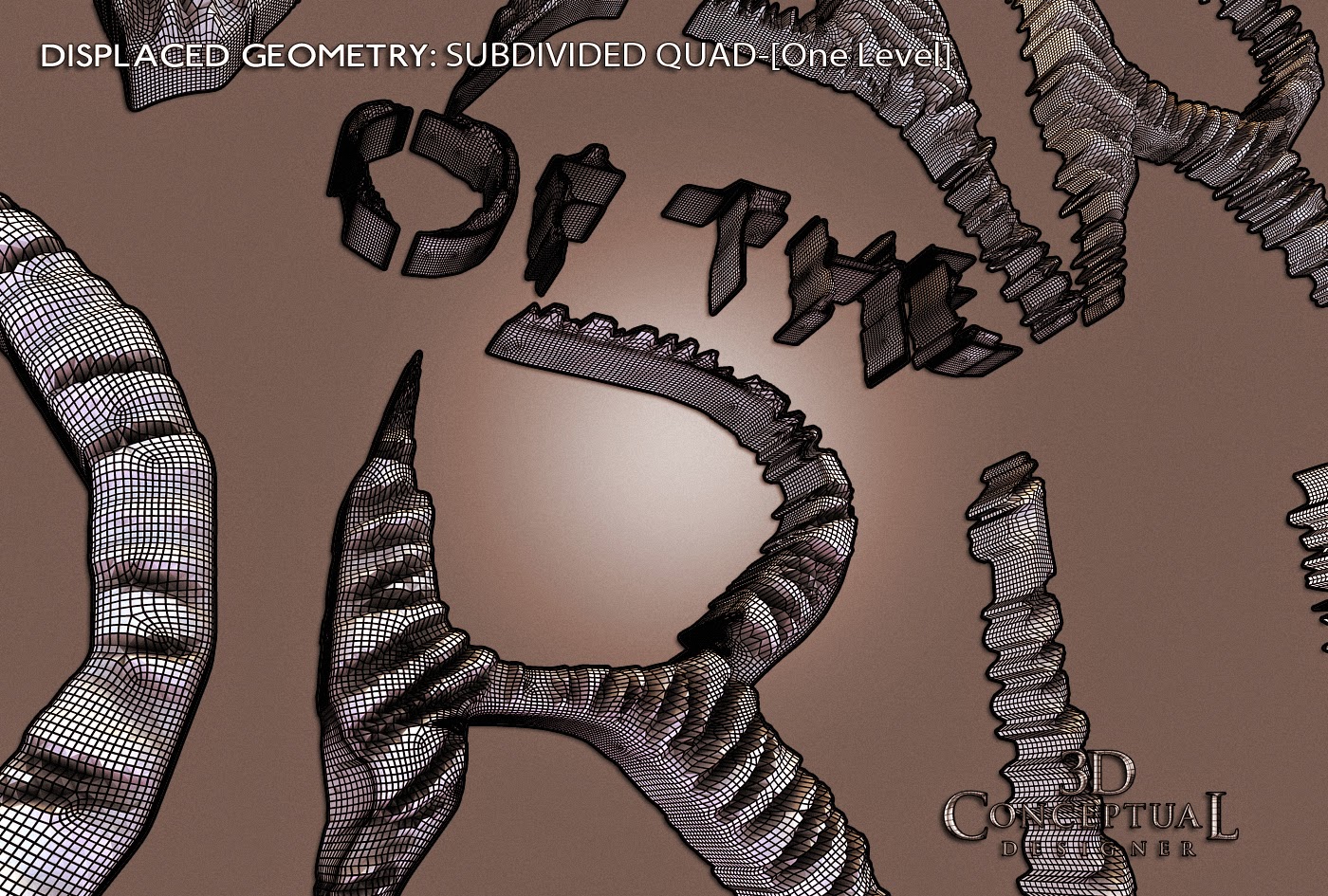 A close up detail showing the wrapping the displacement gave to the geometry. 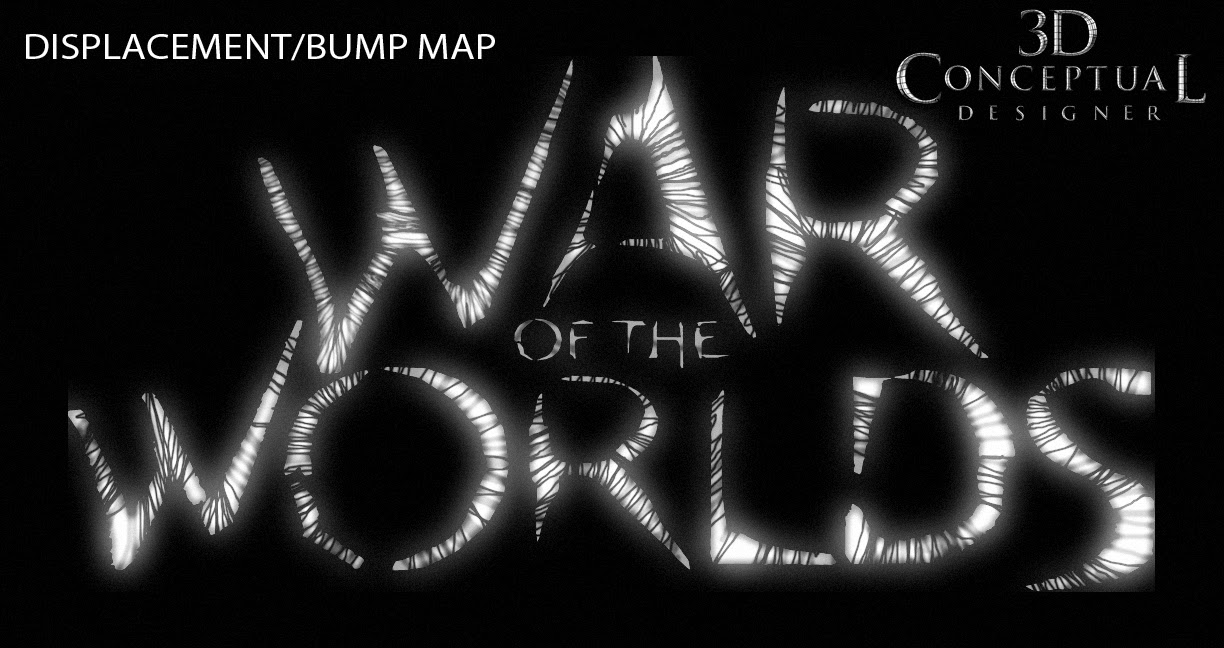 This is a shot of the custom Displacement map I made for the final blood Moss 3D logo.


Today I am posting PART III, covering the 3D Design work I did for the Theatrical advertising pitches back in 2004 for the Spielberg remake of War of the Worlds, and today I am covering a pass I did on a blood moss 3D logo.

The blood moss seen in the film was a direction that we were asked to explore, and I was provided a great hand built font from Art Director Calvin Sumler to address this and I created a series of looks that would still be legible, but would have an alien feel to them.

I had done the standard big block San-Serif Font choices for various versions up front[ that is what finished], but they gave us room to explore early on in 3D so off I went with these displaced bloody font looks.

I did about 100 logos during the process before we finished. The one sheet contains the 'BIG LOGO" and the 3D iron look for the world ,and these are my 3D contributions that went to the final, or finish for the Movie Poster.

You can view an overview posting in PART I here.
You can view PART II: The blood Moss 3D Illustrations for Print and AV here.
Cheers, THOM
Posted by 3Dconceptualdesigner at 9:40 AM