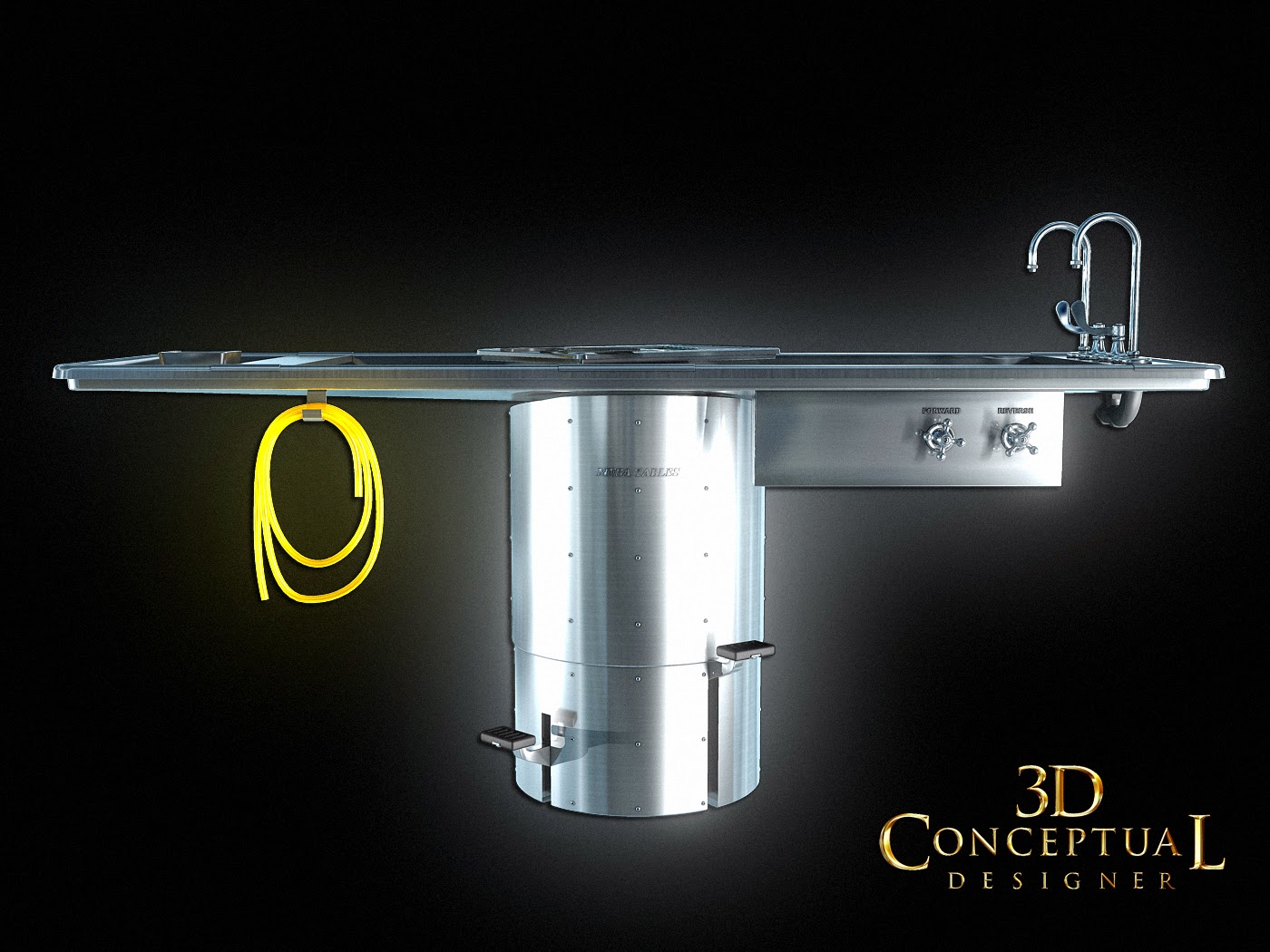 The main 'hero' shot provided was this front profile shot of the table. The AD's added a body to some of the comps on top as well[ do not have those]. 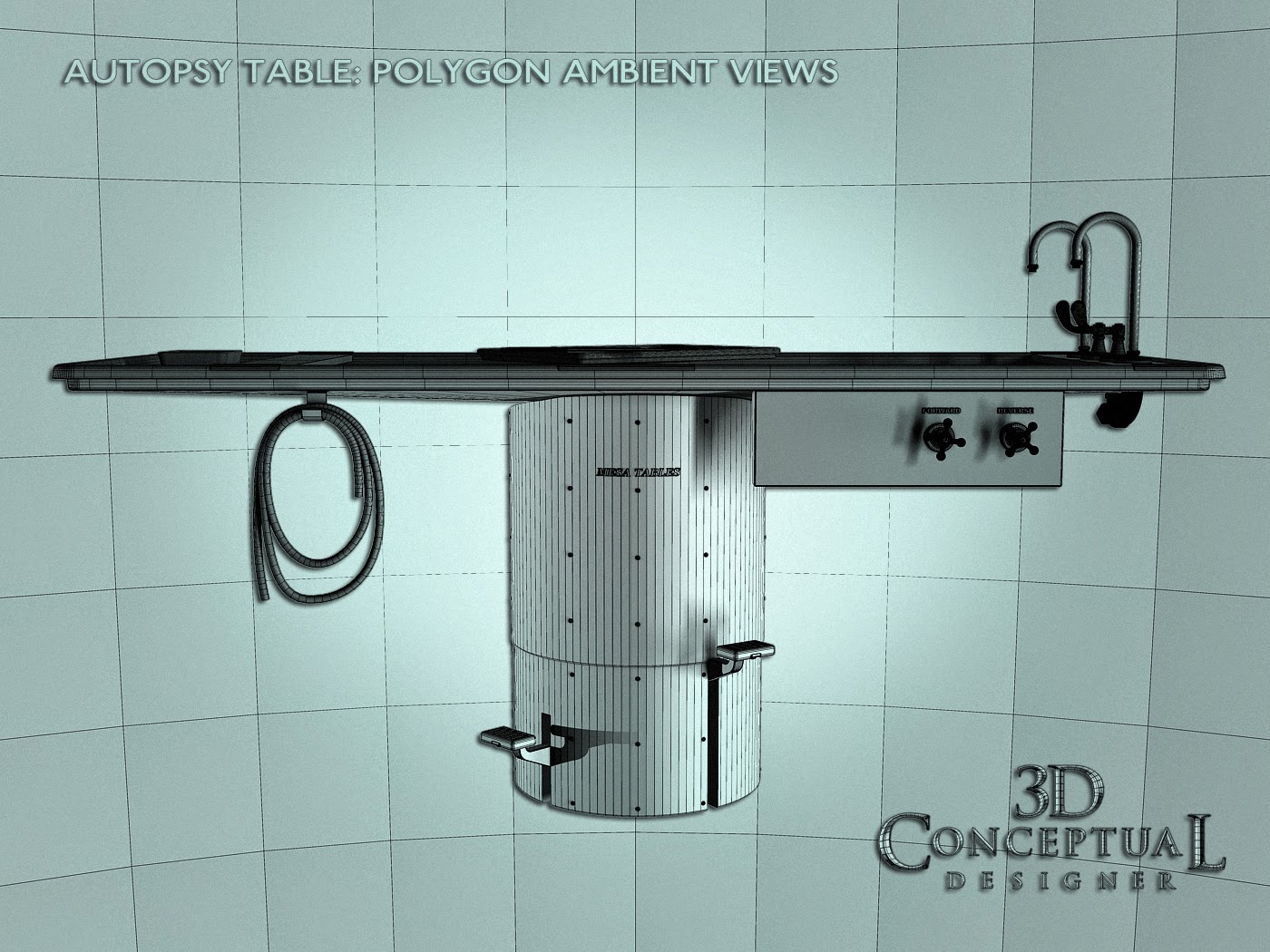 The main shot as a ploy render. 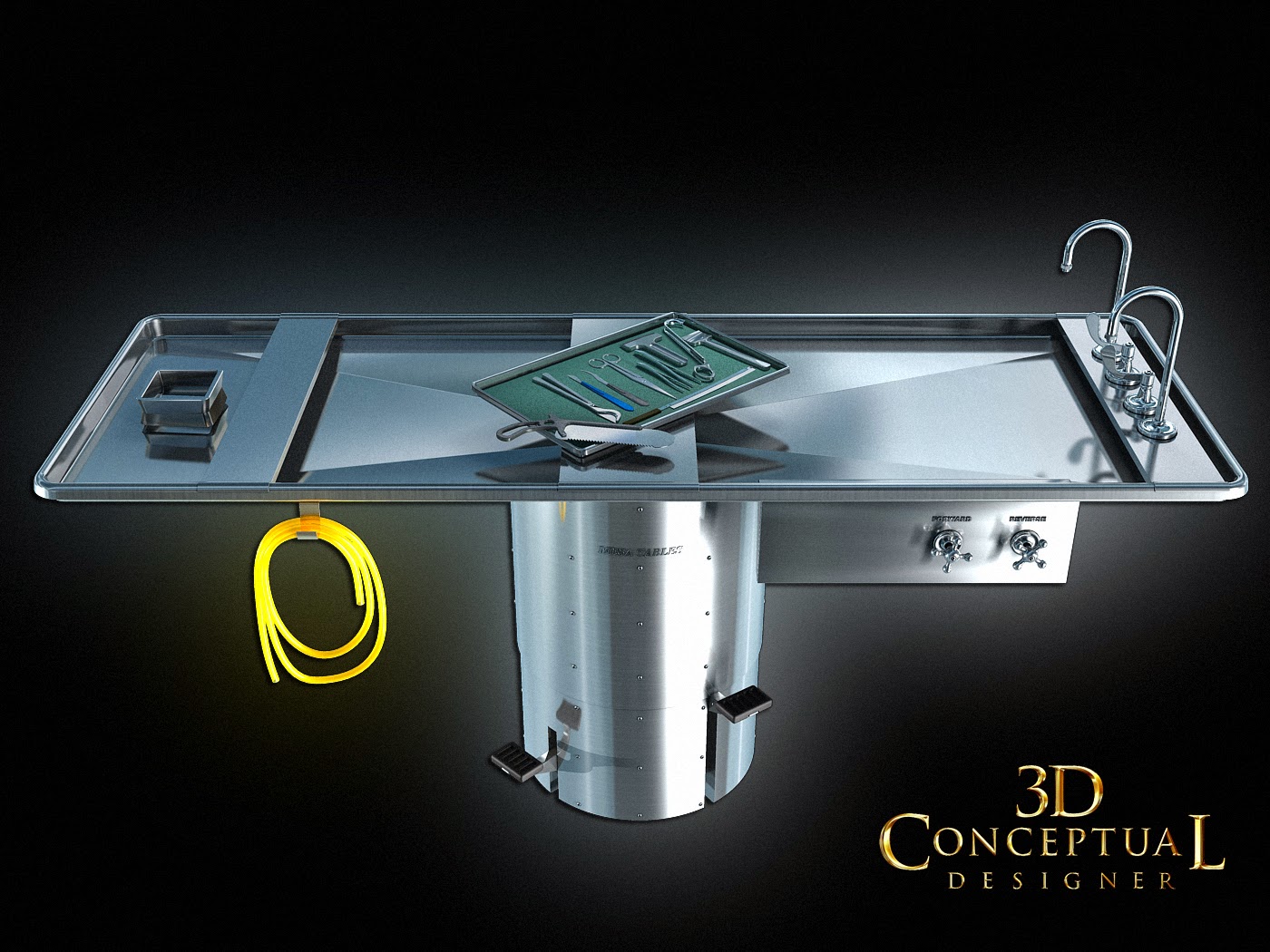 A Tilted up camera above the 3D Autopsy Table Top from the HBO series, Six Feet Under advertising. 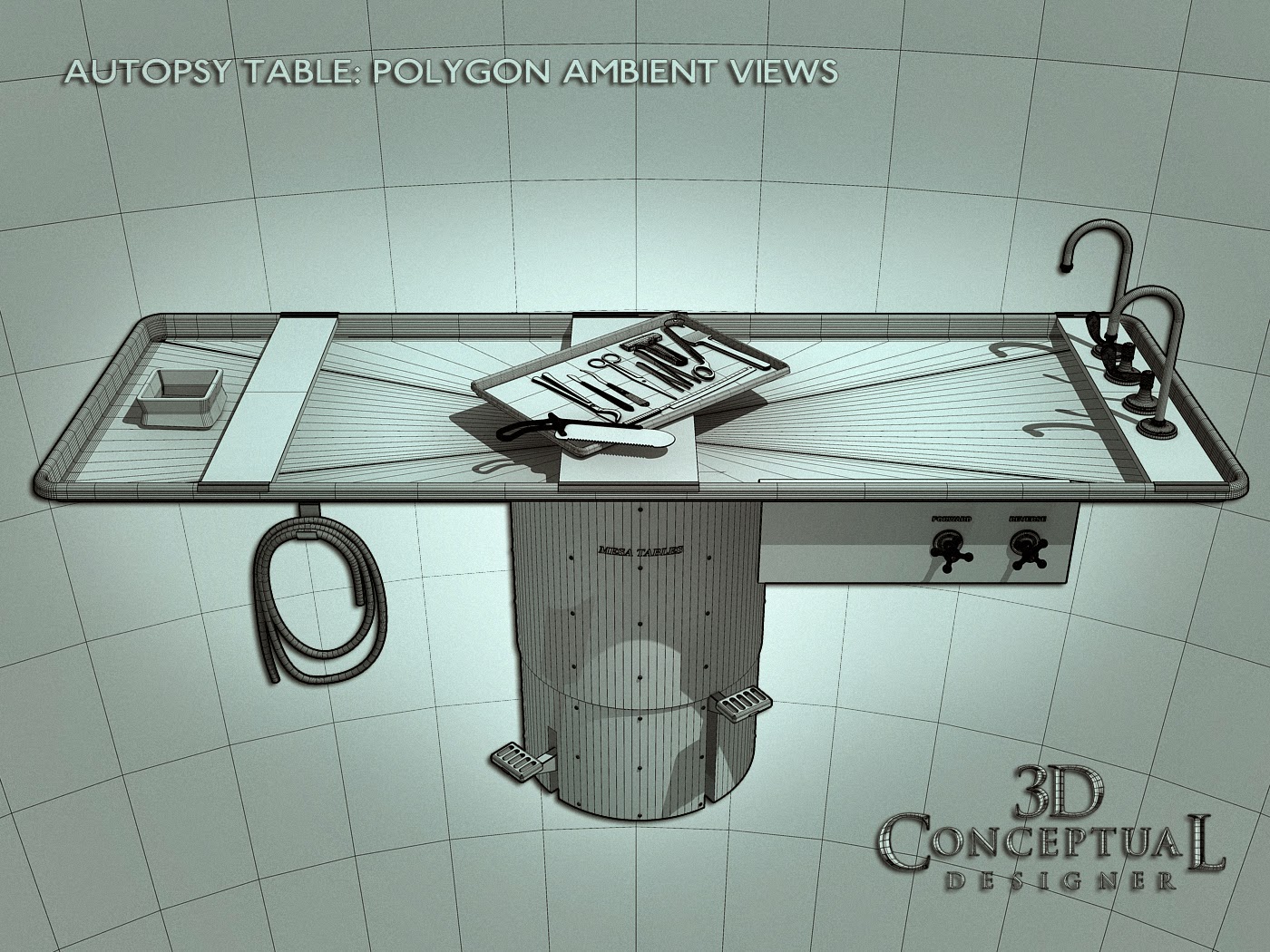 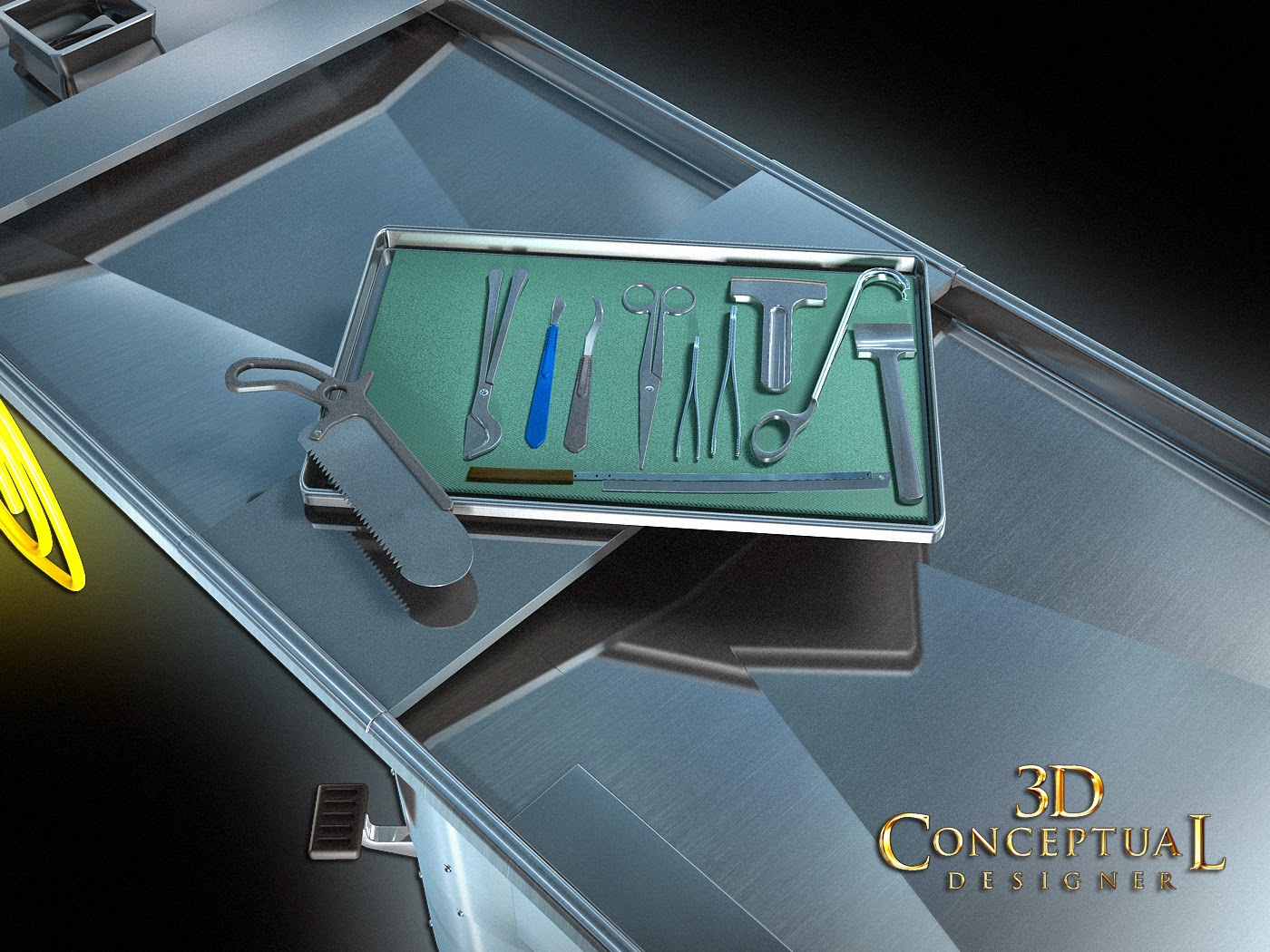 A closer view of the complete set of Autopsy Tools used. 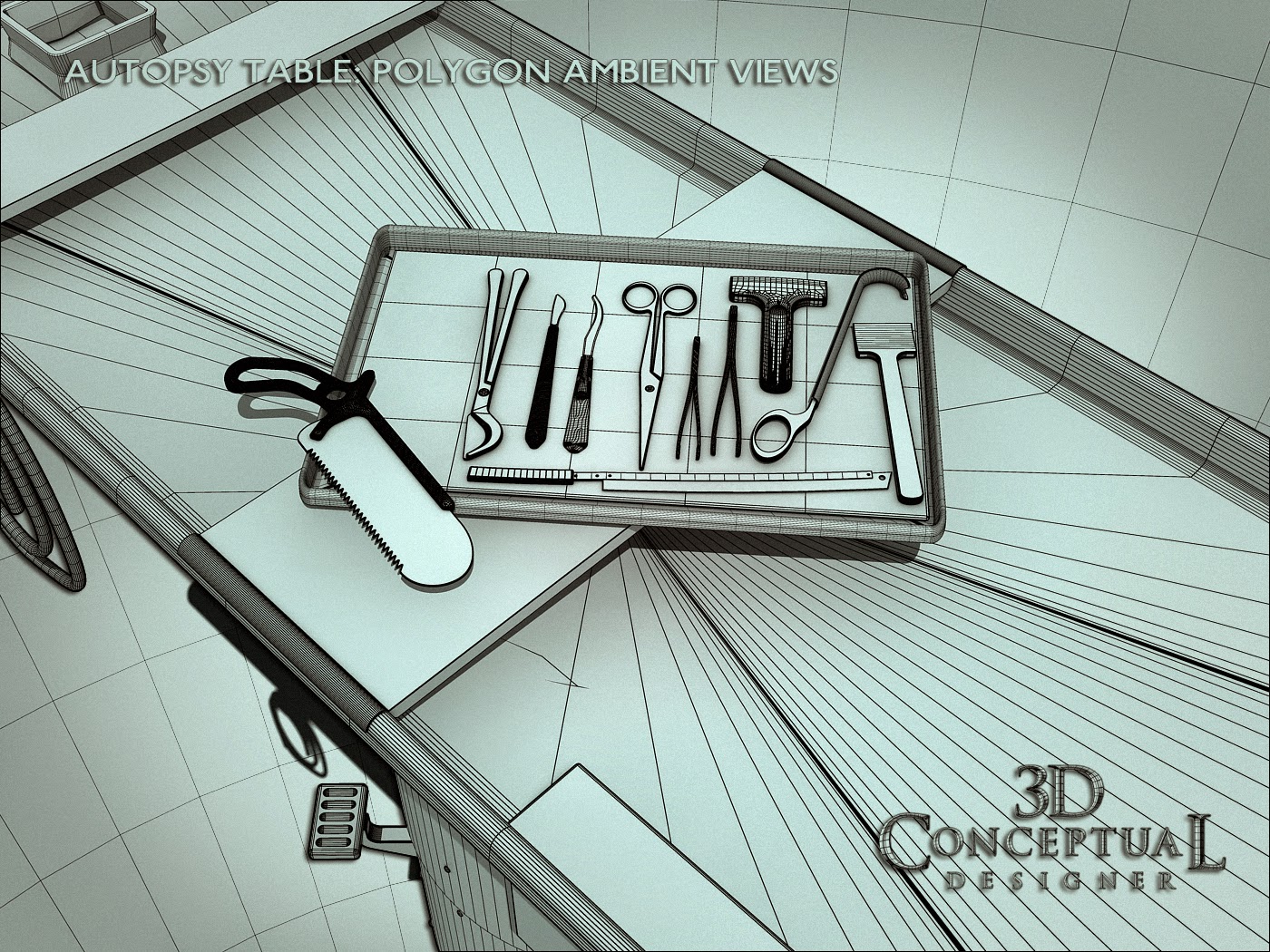 A Poly view of the Autopsy Tools I build out. 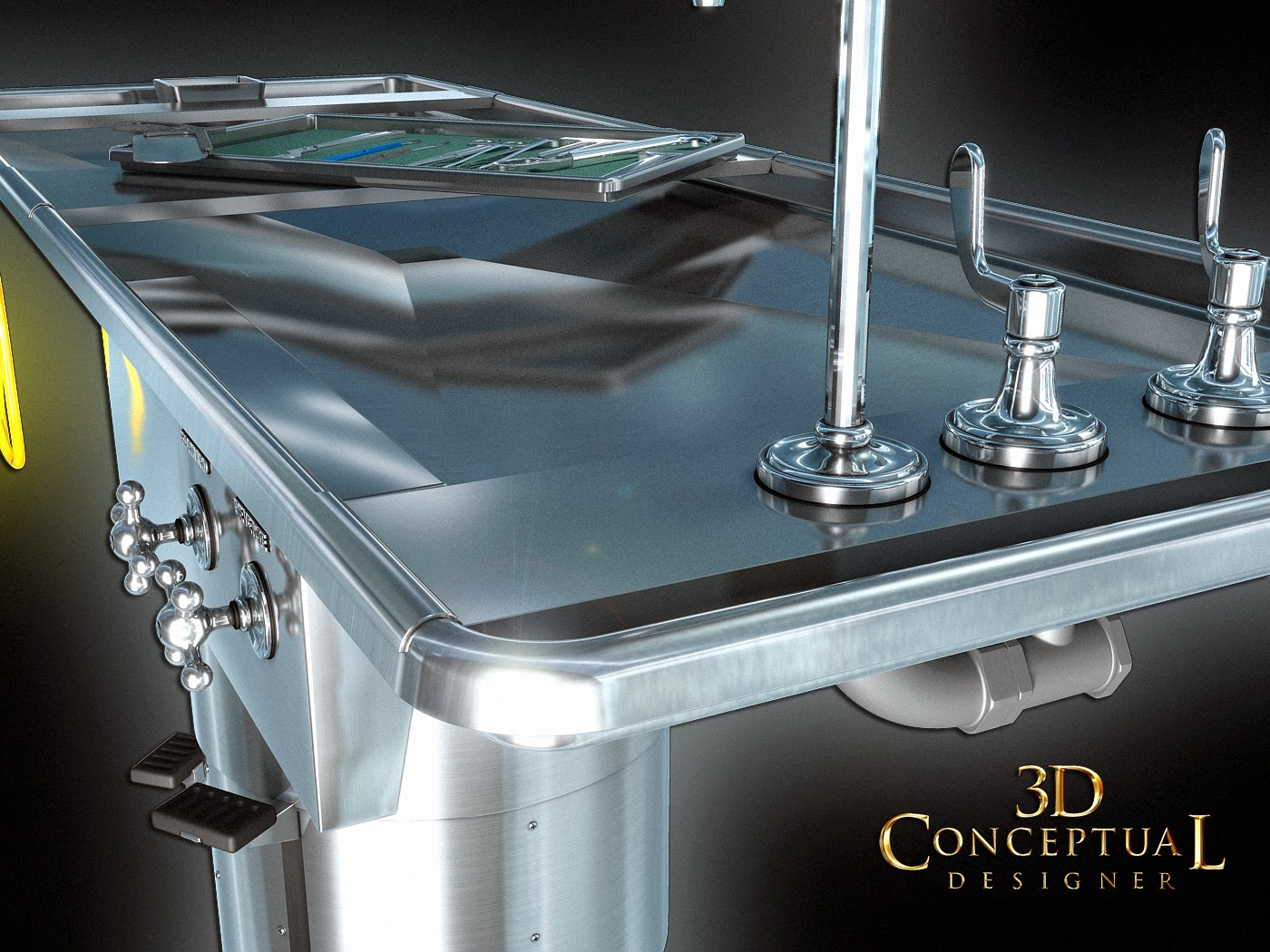 A closer shot on the feet end of the table with the faucets. 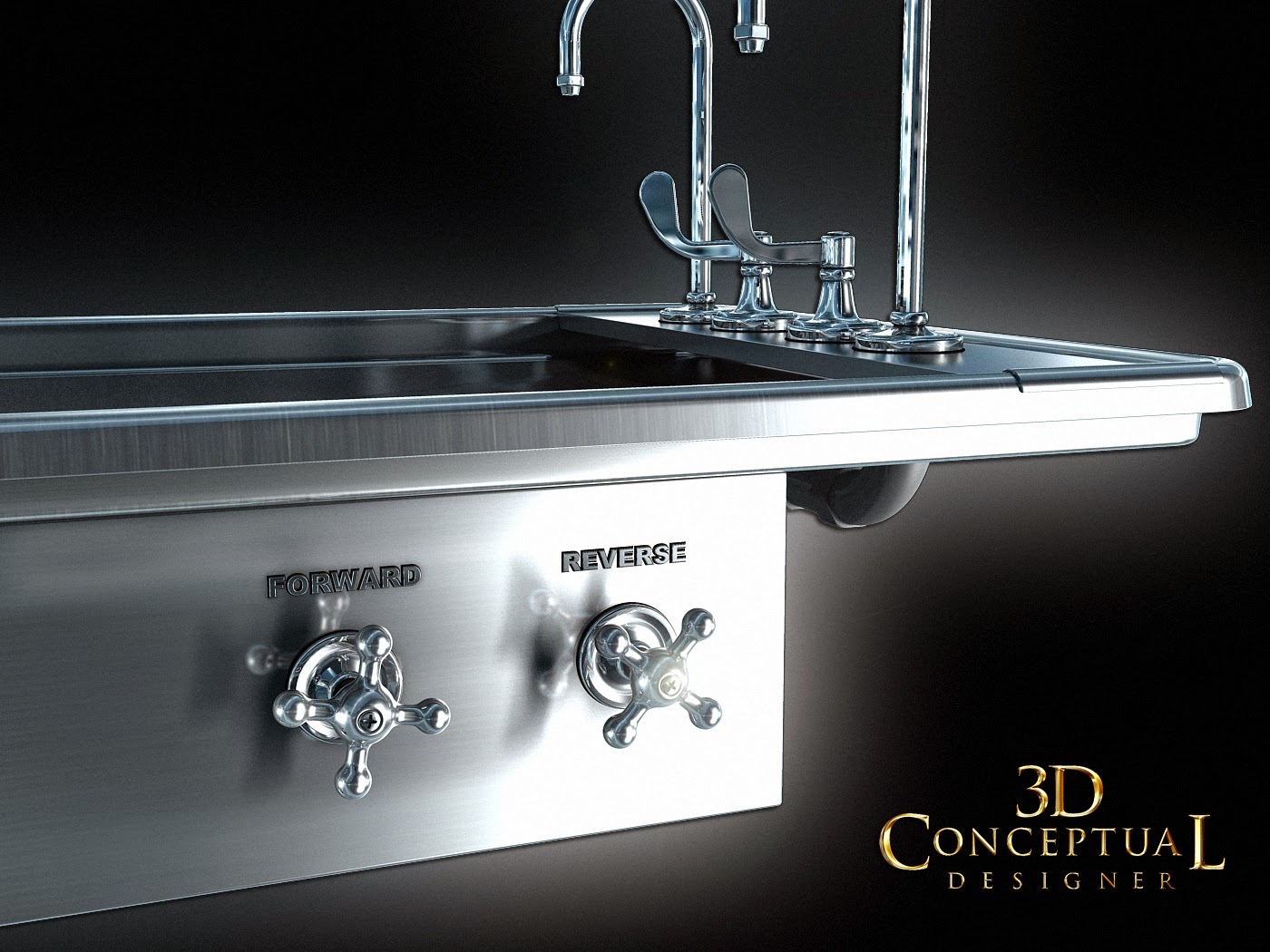 Close up on the NURM's built out handles[ n-Power] 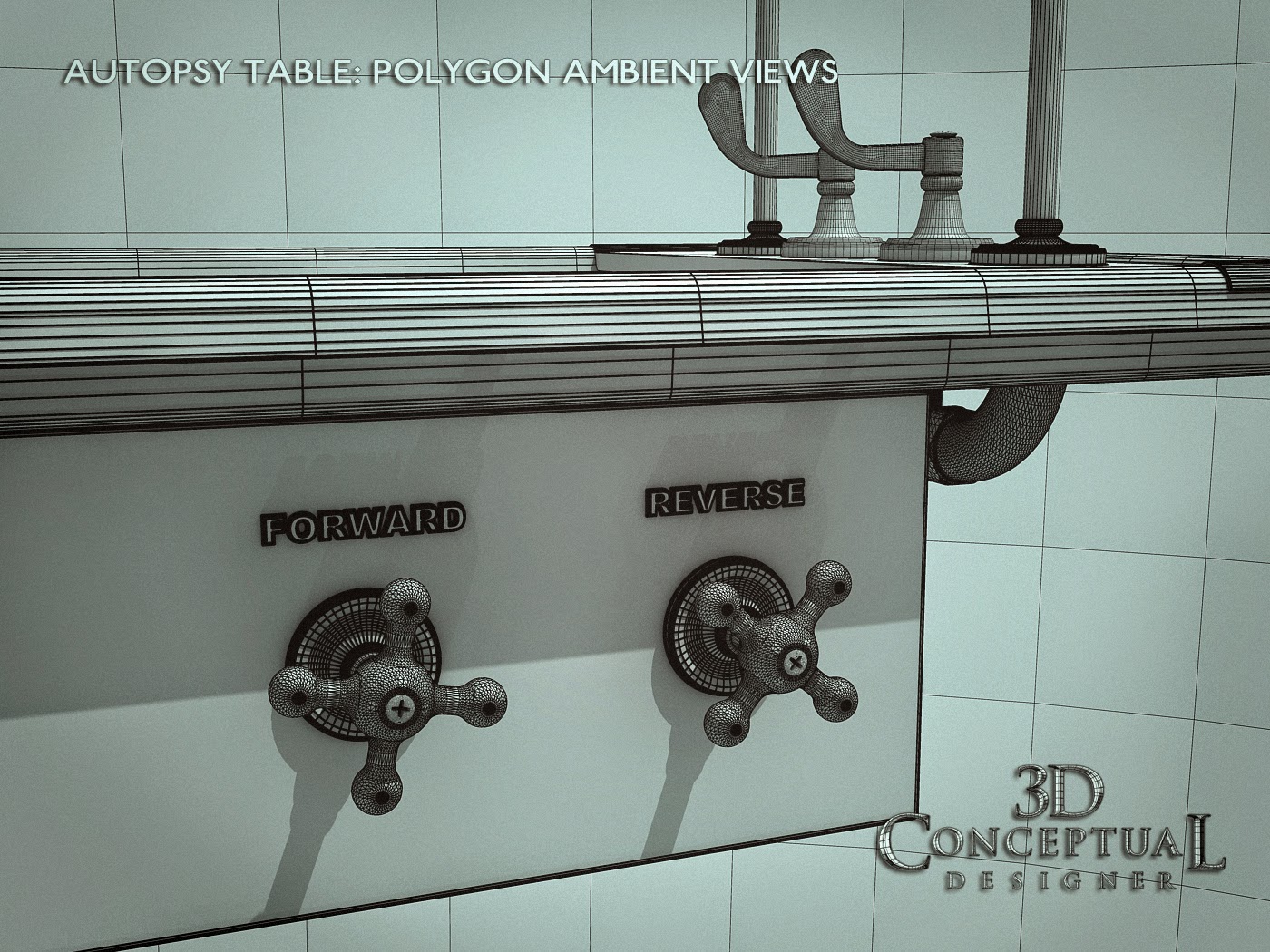 Close up on the Poly view of the handles[ n-Power] 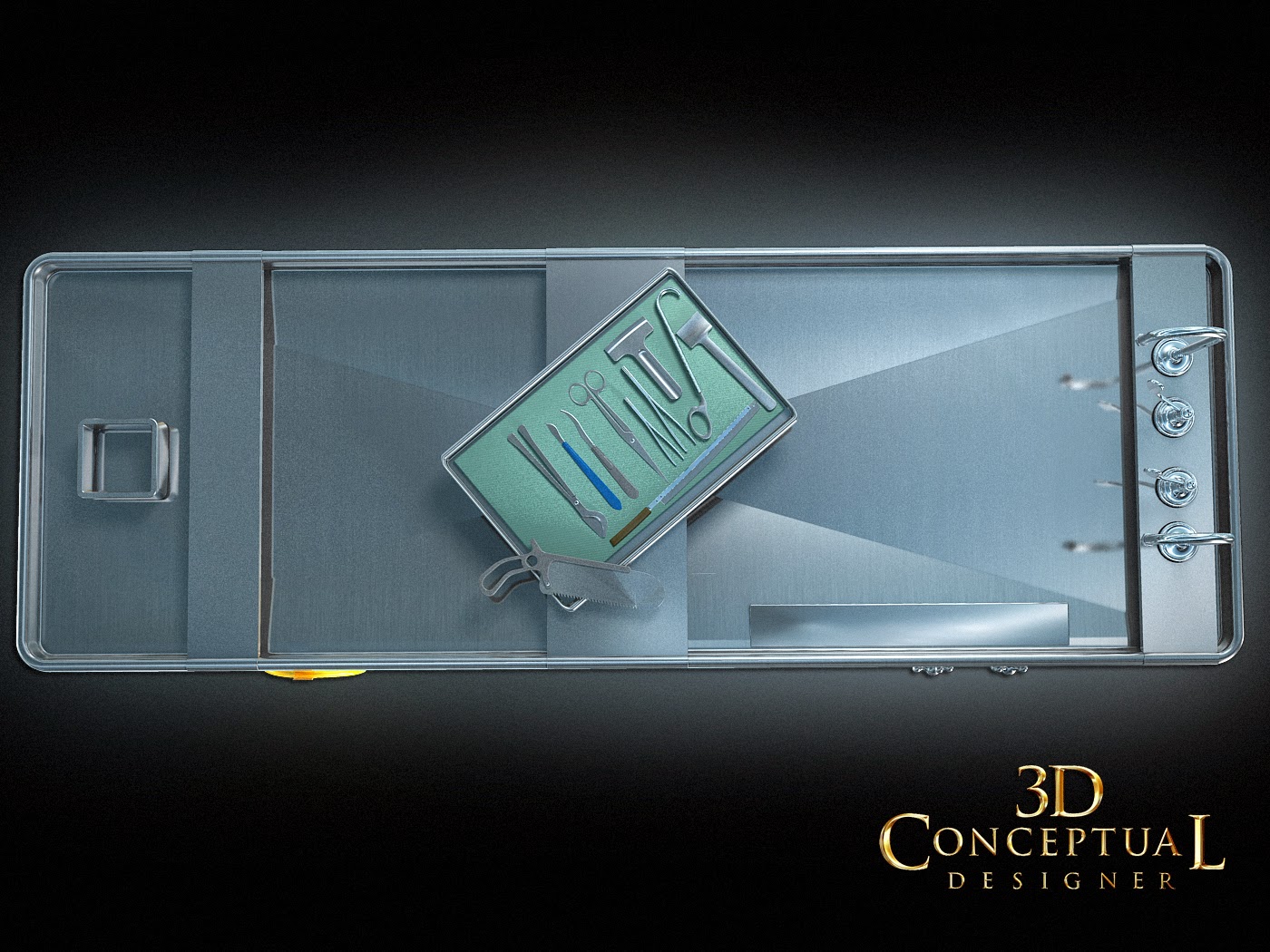 An overhead top down birds eye view of the Autopsy Table build. 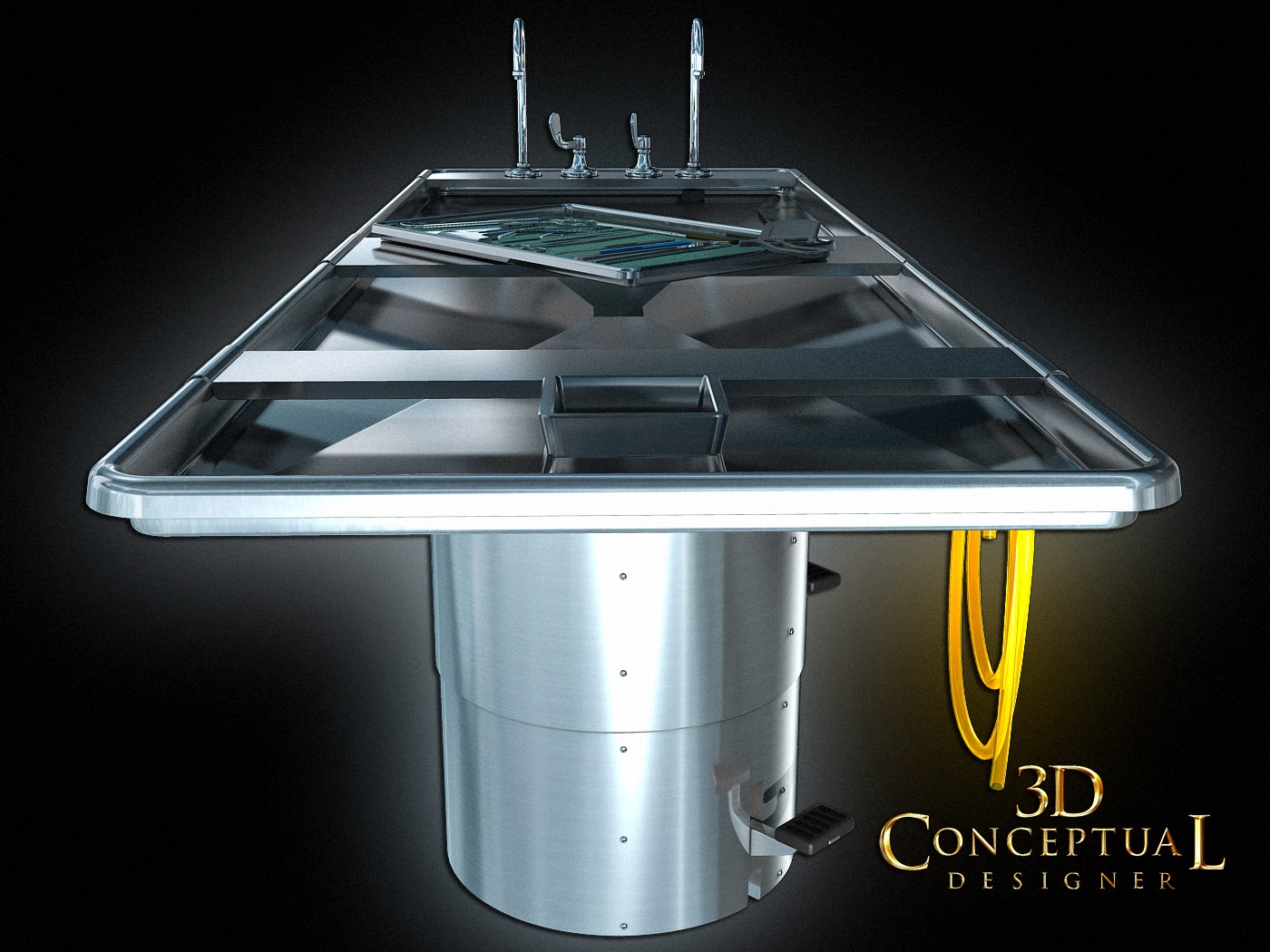 An elevated slightly view from the Head side of the table. 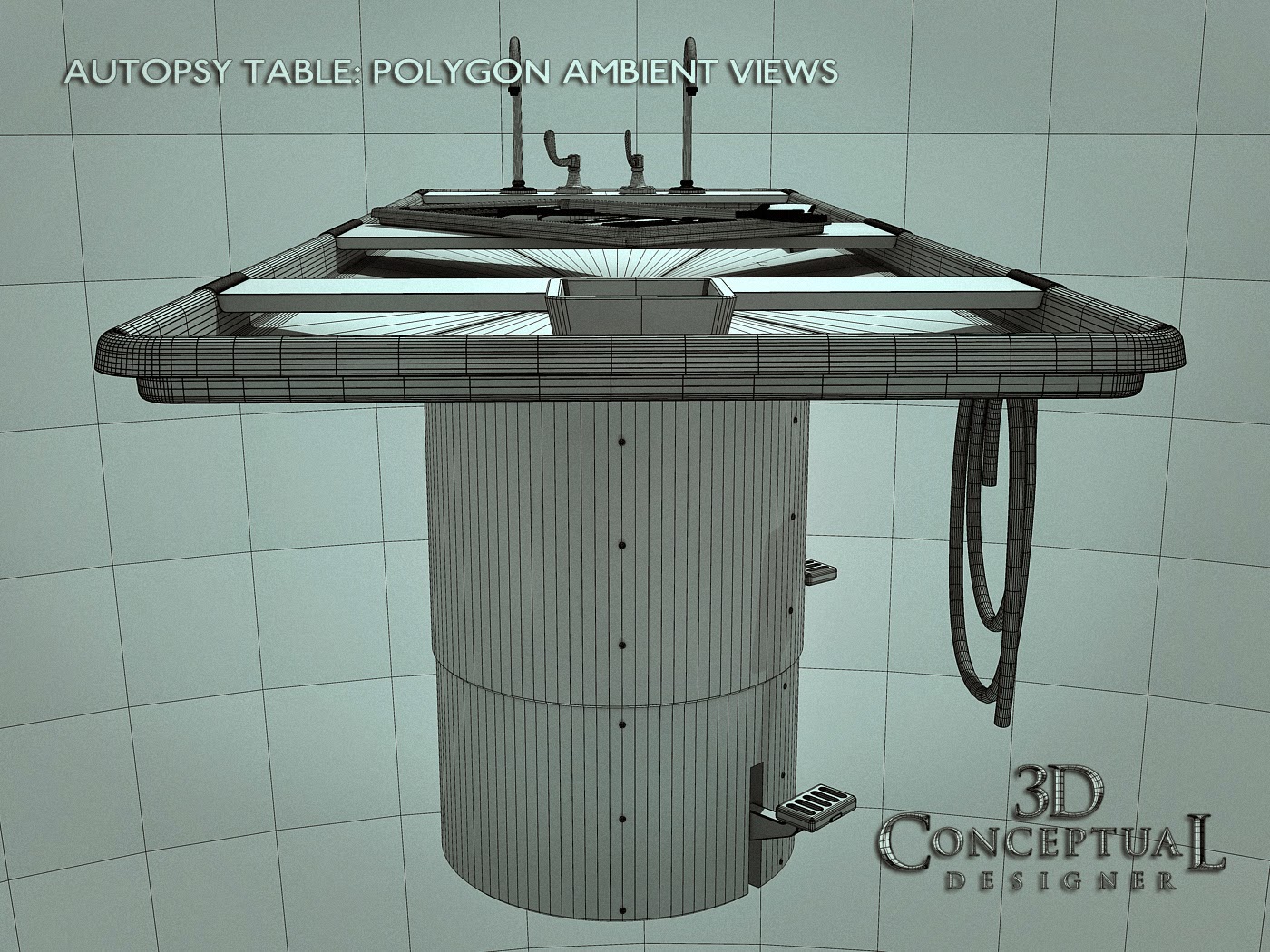 The Polygon view of the end of the Autopsy Table model. 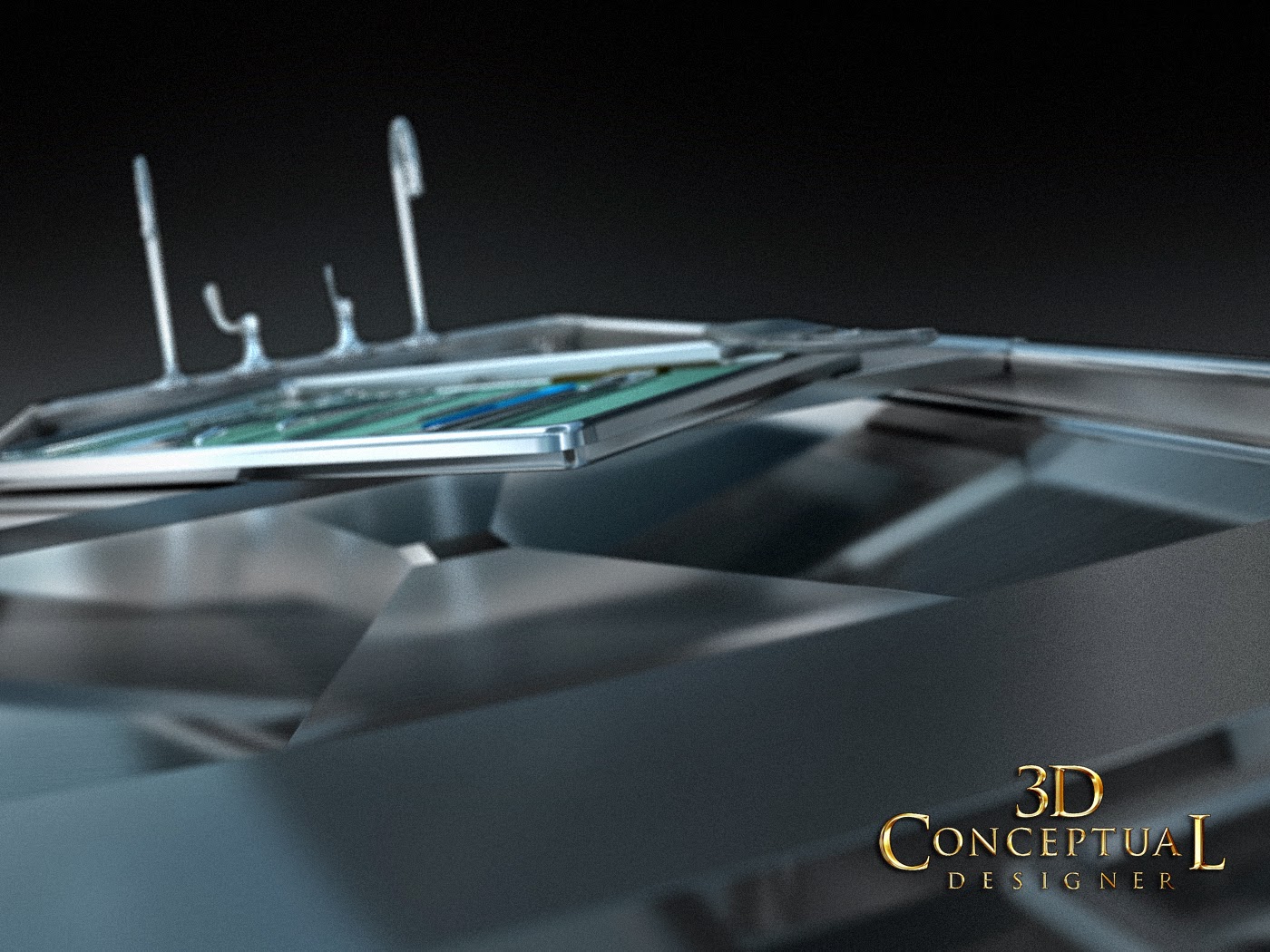 A close up view on the tool-set with a bit of Depth of Field added. 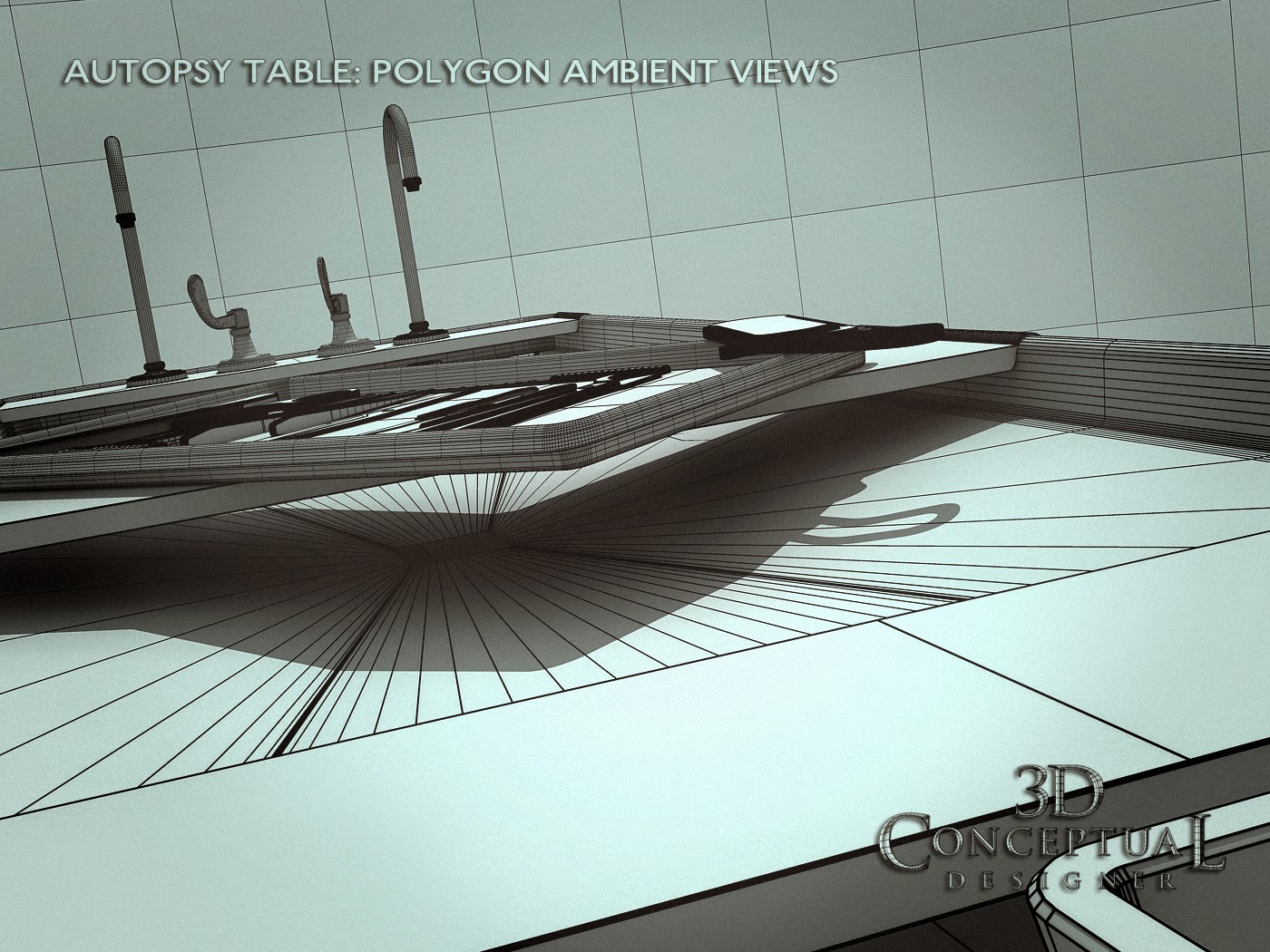 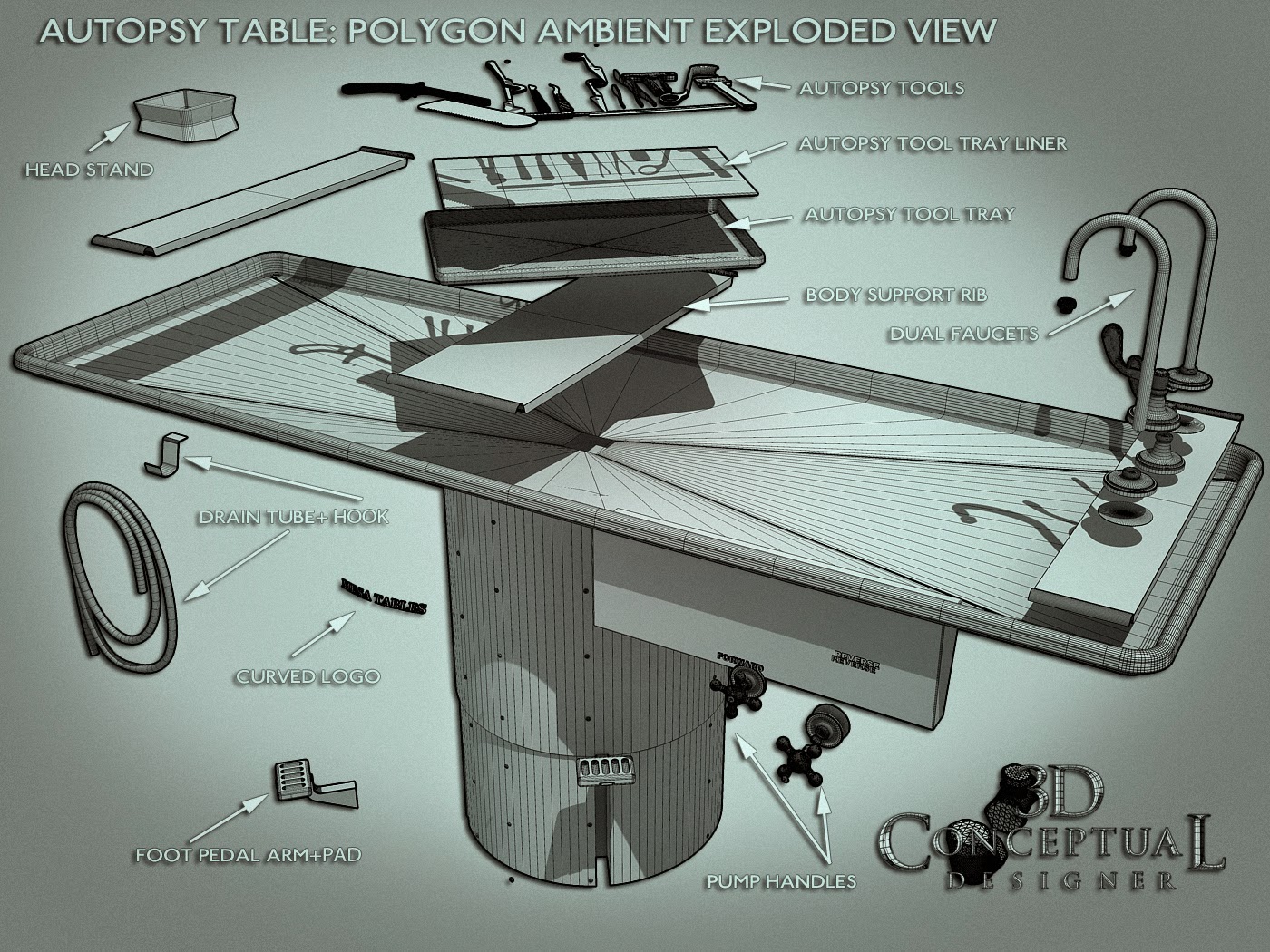 A full exploded view of the build highlighting some of the basic components in the 3D build. 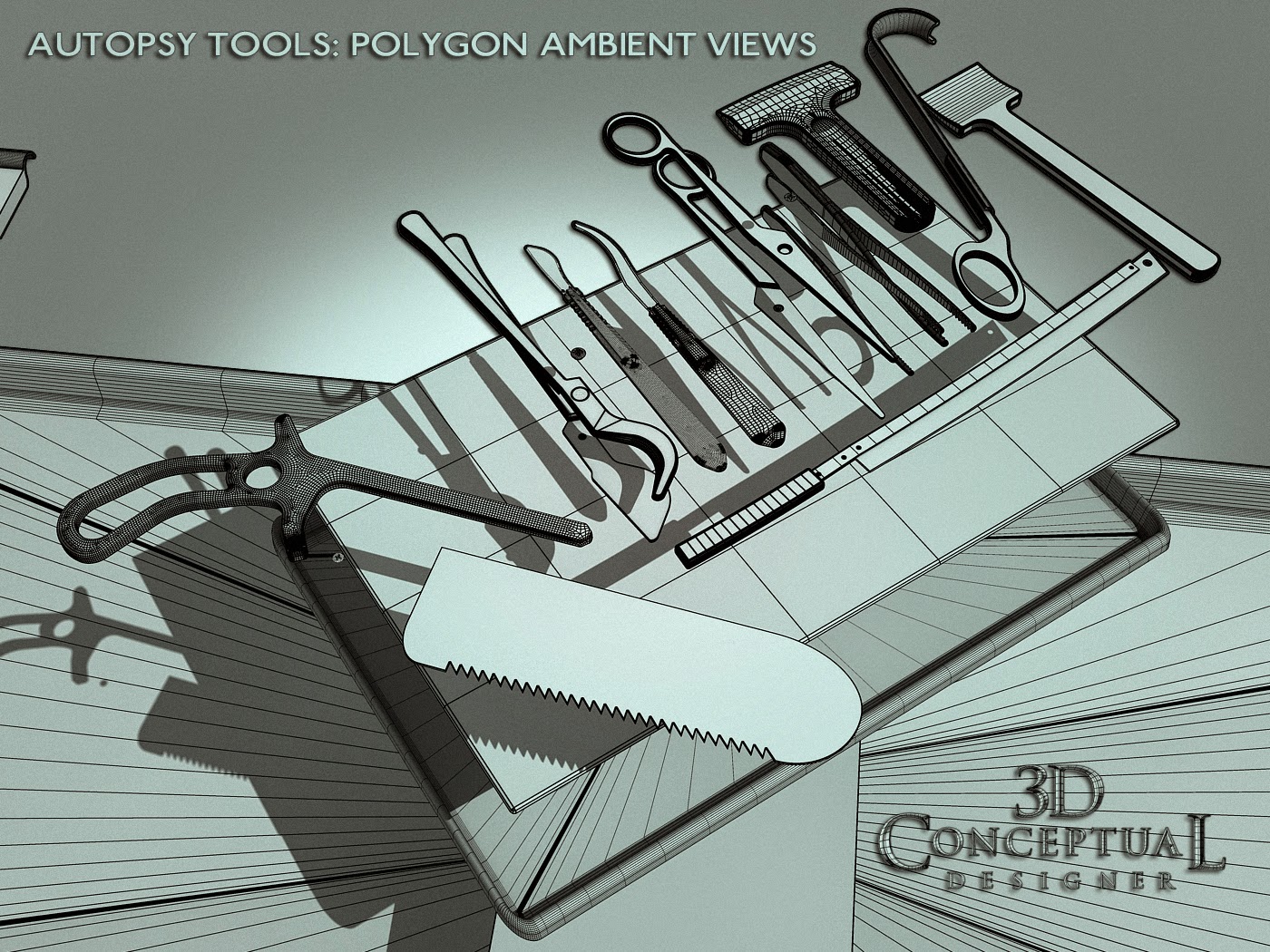 A closer view of the various Autopsy tools including the bone saw, rib separator and a variety of scalpels and hemostats.

It spanned even a job switch as I did some work at BLT and associates first, then when I moved to The Cimarron Group the project jumped over to us , so I continued work.

Today in PART II, I am covering the build out of an Autopsy Table for the various Ideas I illustrated in 3D for the Art Director team.

I built out the table as well as a full set of tools for close ups, and did a set of renders that were presented for various campaign solutions.

The 3D Virtual model was then re-purposed and is for sale online as a stock 3D model in the full set as well as just the tools. Both sets available in 3DS, and MAX formats still. A fun gig!

You can view PART I here to see an overview of the various 3D Images I created from scratch.