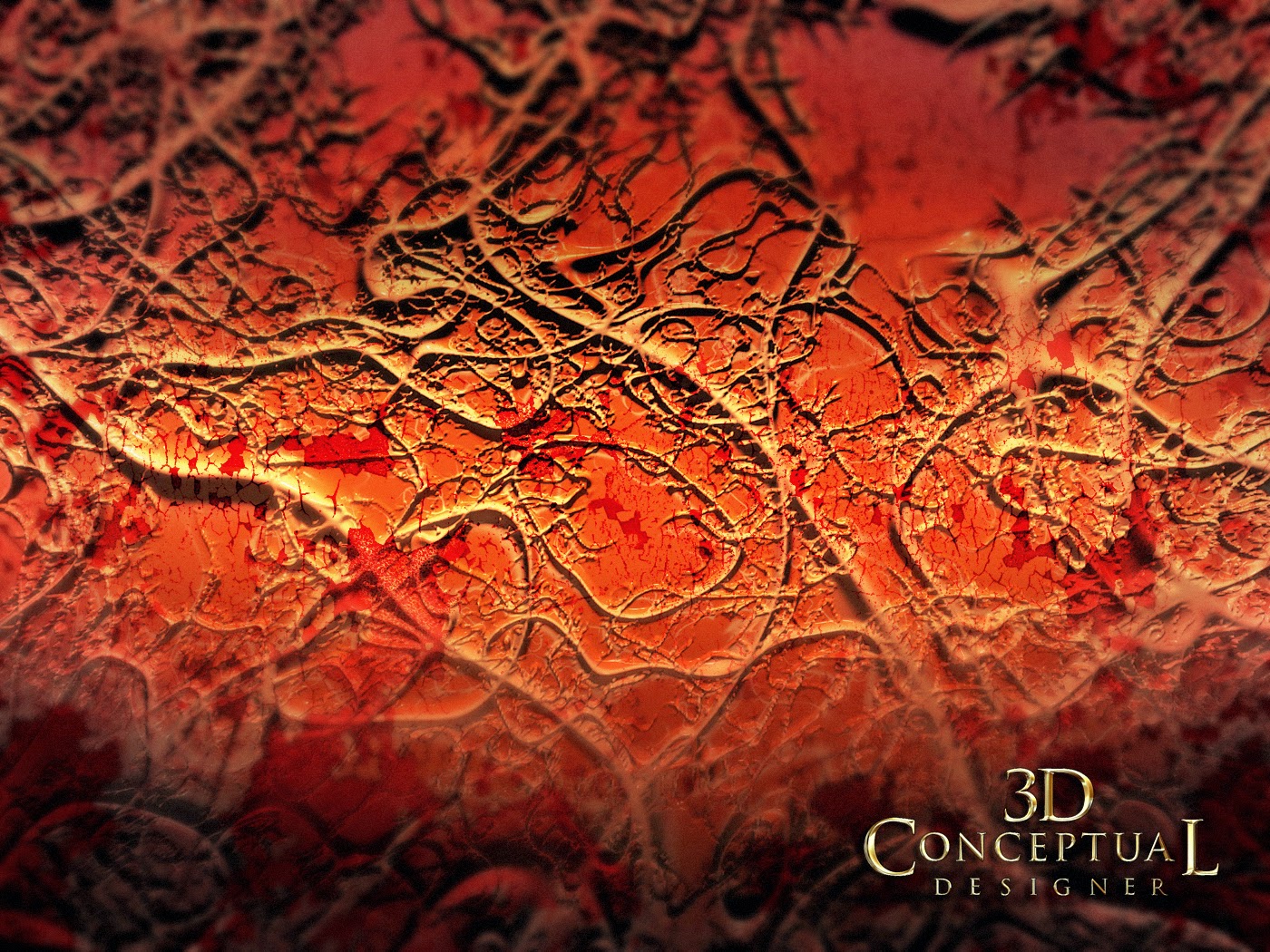 The early versions I did were entirely procedural textures used flat, as well as some going ahead and displacing the geometry. 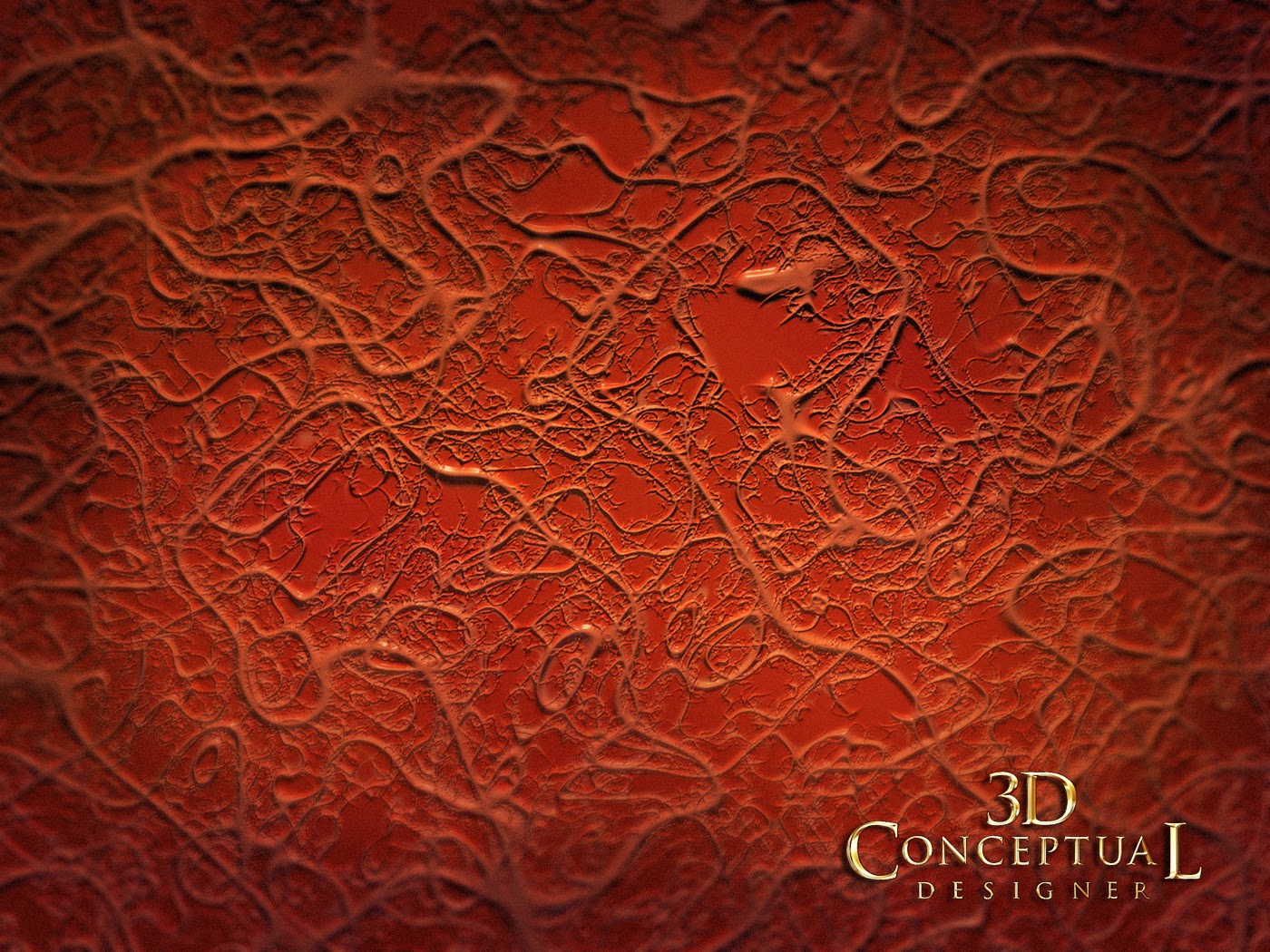 The Simbiont Max Plug-In allowed me to use these custom DarkTree's shaders that I made. 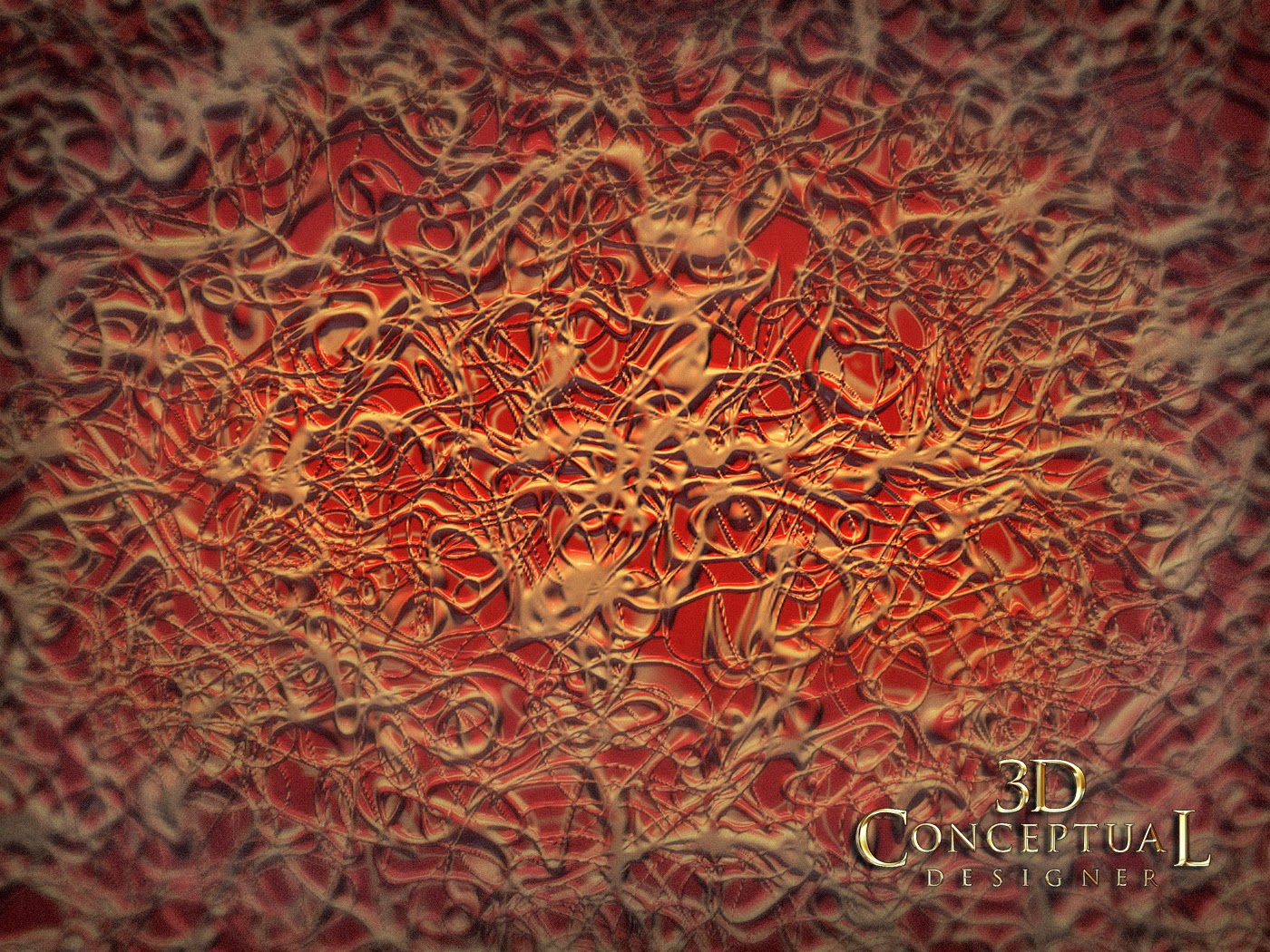 Another procedural blood vein texture sheet for the War of the Worlds Red Moss. 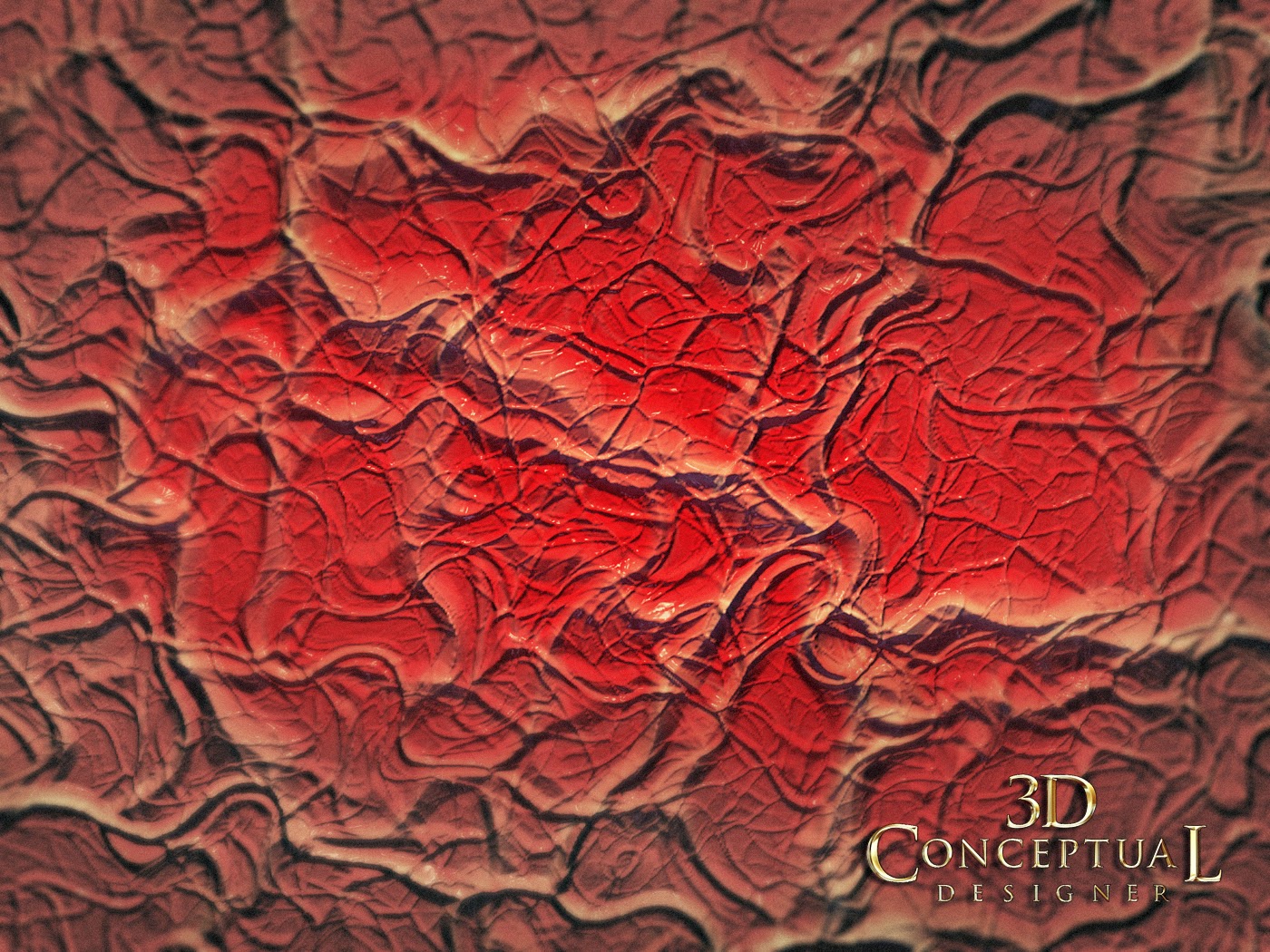 The last 2D textured version I did before going full 3D. 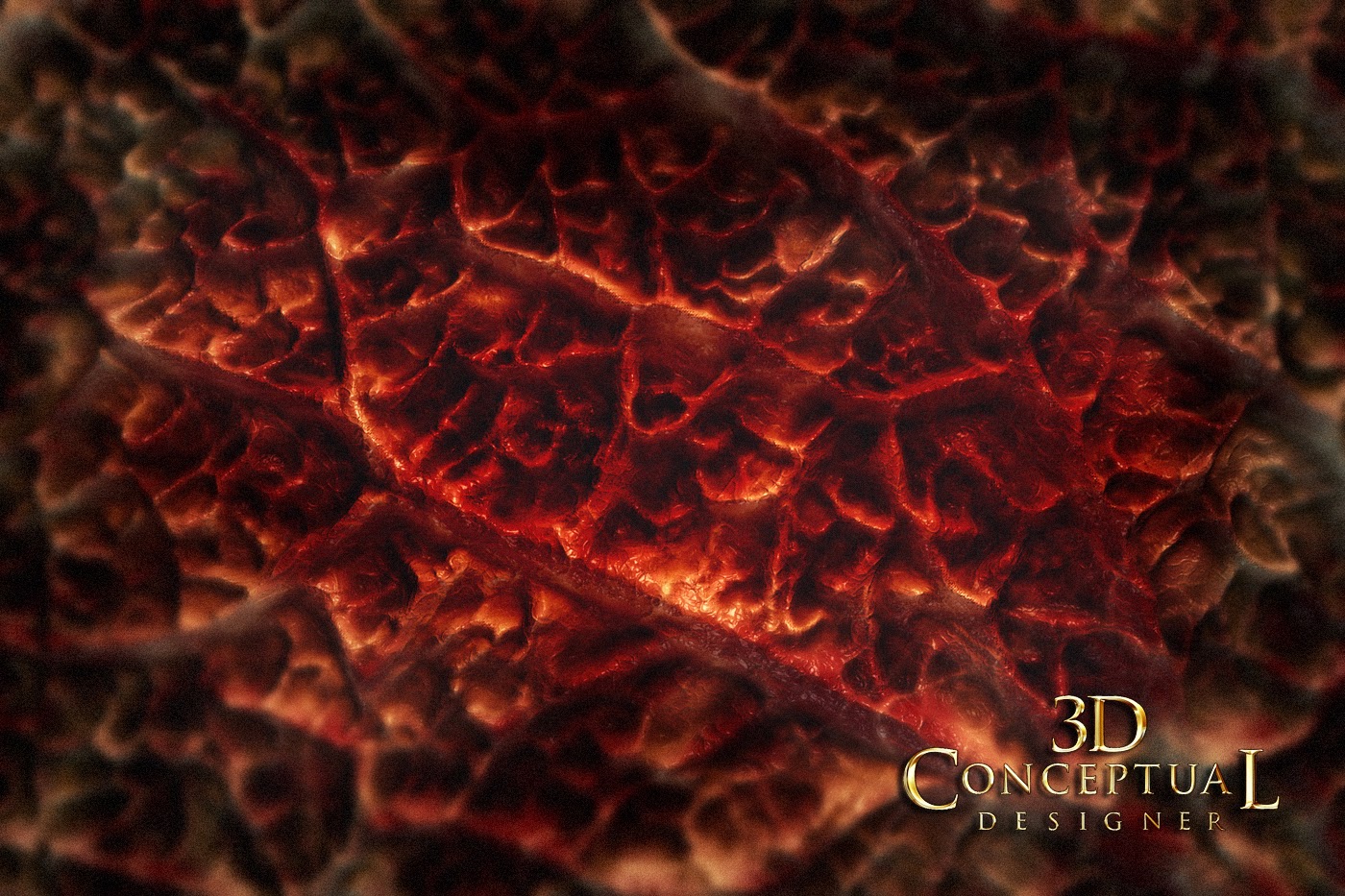 The first full 3D Displaced version I made was solid, and I modified a photo of some Kale to get the web look I wanted for these blood moss veins. 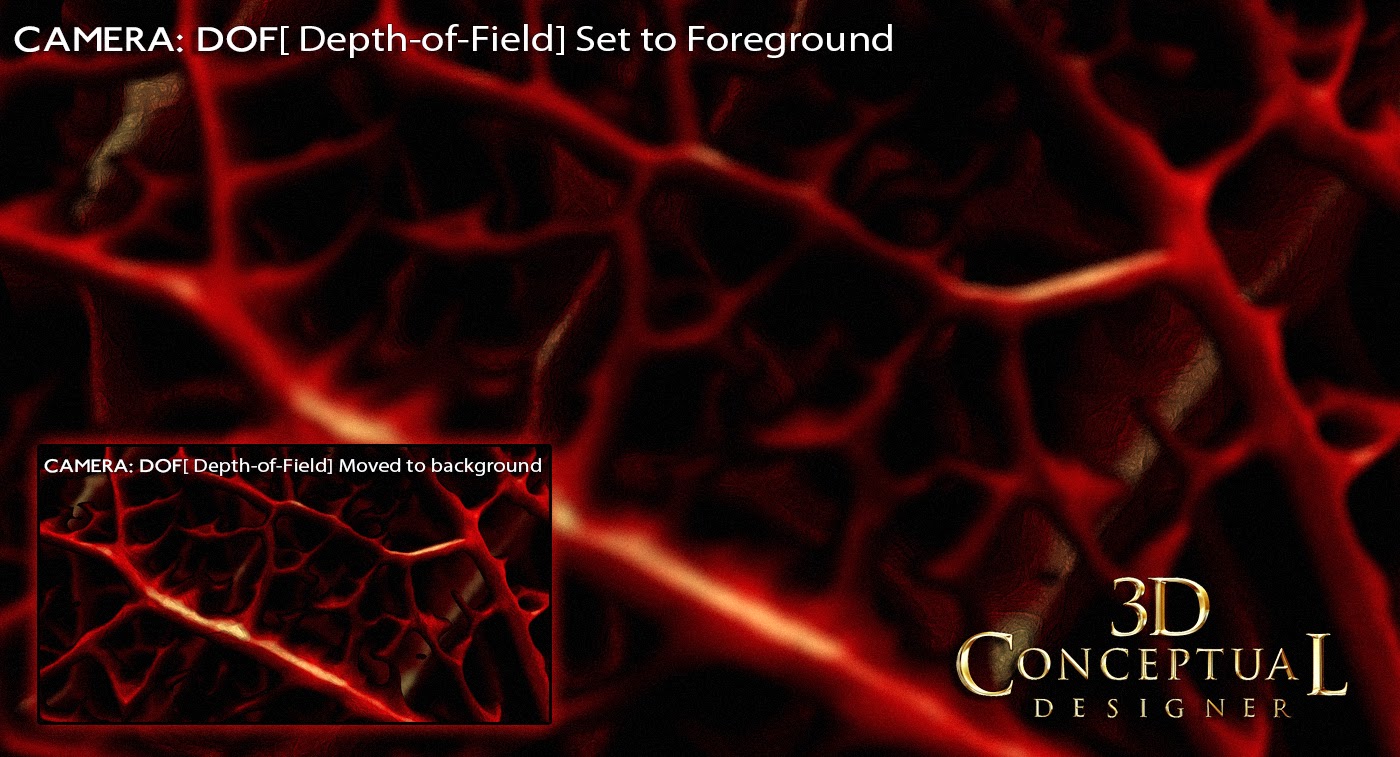 I them sliced the displaced textures objects, and did a multiplane with foreground and background plates. This one I did a DOF[ Depth of Field] effect, however it was too long a render to animate. 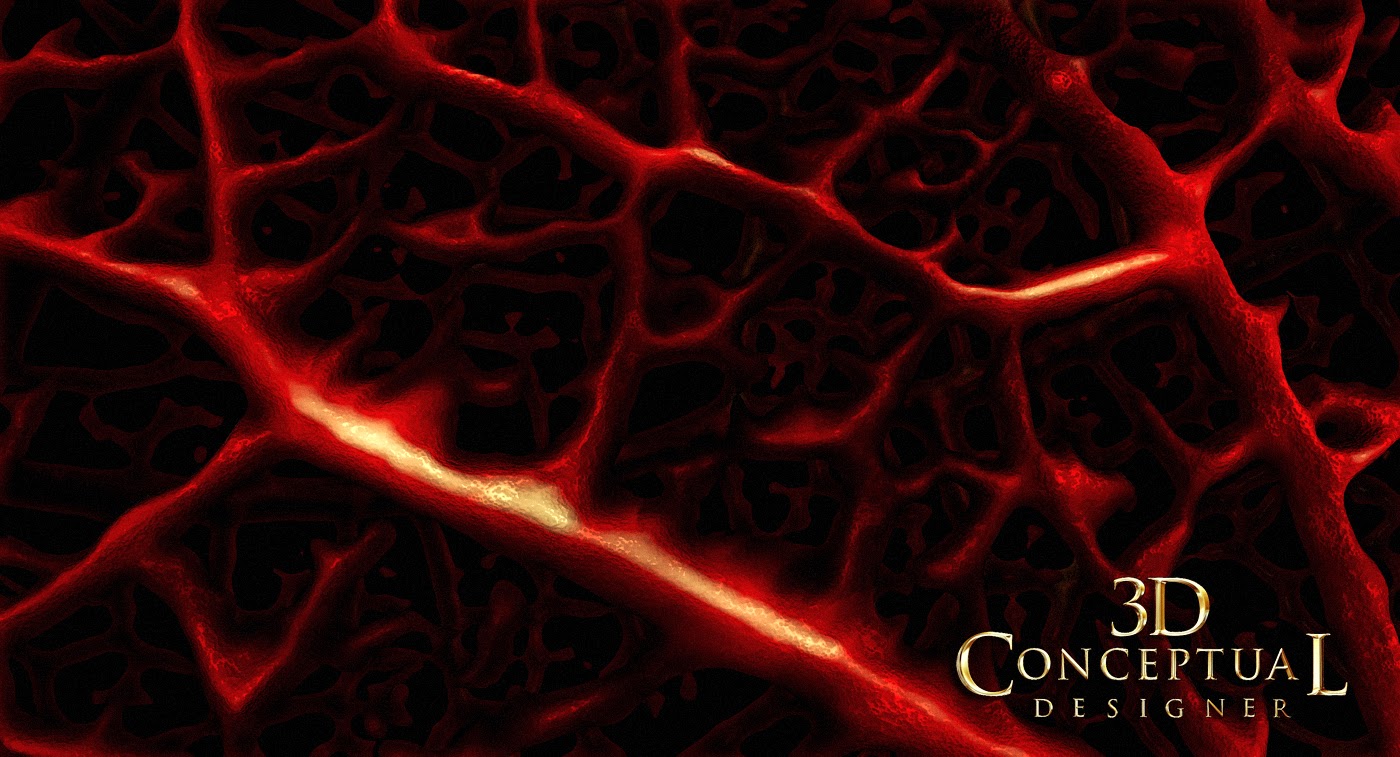 This is the final 'hero' Image we presented as the backplate for the AV cards for the teaser. 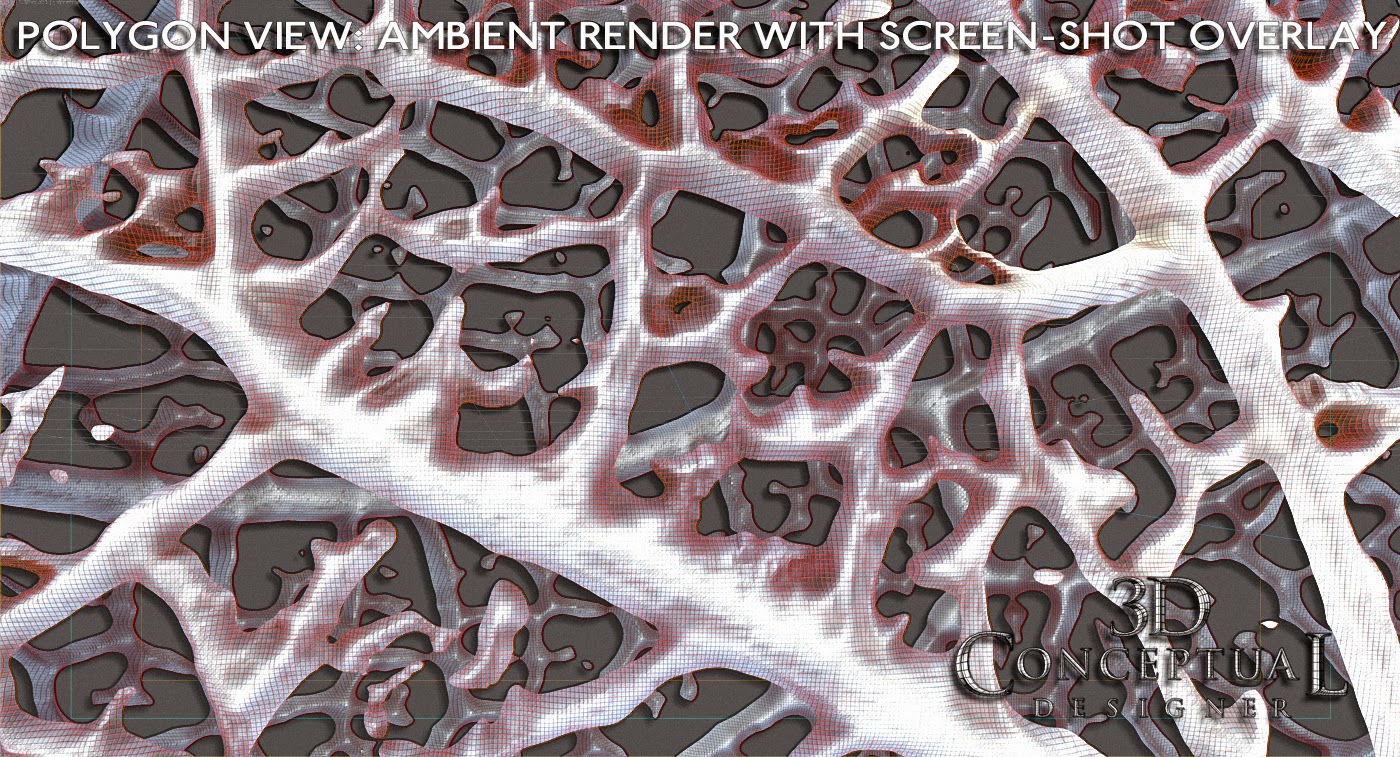 This polygon view shows the displaced two plates in the final. 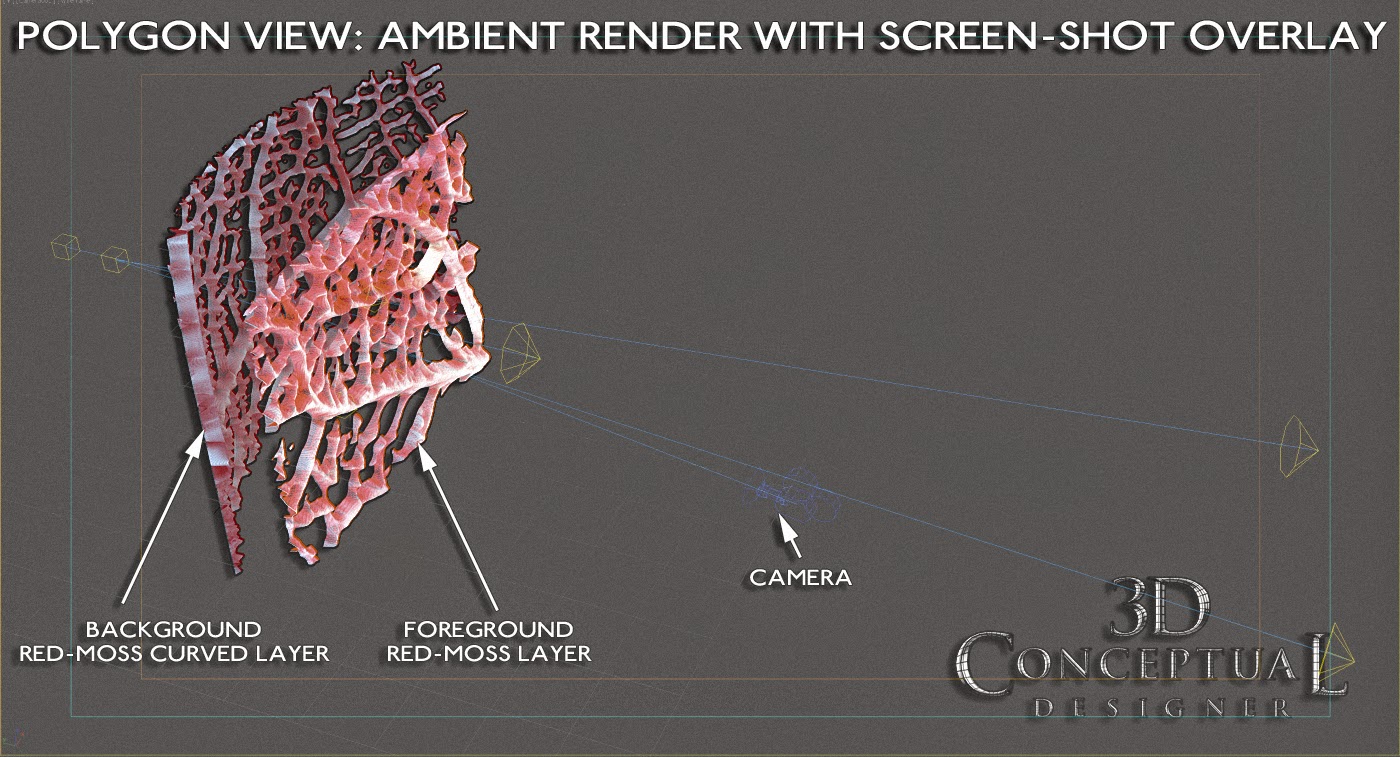 This overview screen capture shows the set up with the back plate curved and set back to get a good multi-plane effect in our type moves.


Going back to revisit one of my first assignments over at The Cimarron Group, on the Spielberg remake of War of the Worlds back in 2004.

Great subject matter for a big logo exploration, but today I focus on some 3D Illustration I did of the Blood Moss from the film. I was giving a single unit shot [ a long shot] of the outdoor set[ Tim Robbins Home in the film], so I could get a rough idea of the moss, so I created some sheets of the texture for print as well a a background for some AV concepts for the trailers.

The lower images were animated with some lights inside and behind the various moss veins to have moving highlights in the back plate concept.

They went silver on black, simple, but a fun exploration none the less.

I did about 100 logos during the process before we finished. On the one sheet the logo and the world are my 3D contributions that went to the final, or finish for the Movie Poster.

You can view an overview posting in PART I here.
Cheers, THOM
Posted by 3Dconceptualdesigner at 12:14 PM