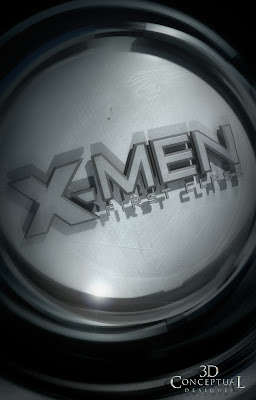 On X-Men 3 I did a bunch of Cerebro styled round portal doors with logos superimposed over them, and this was a continuation of that theme for this film. 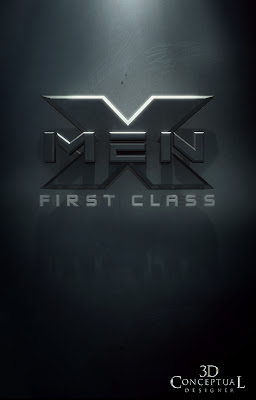 Same angle as the finish for X-Men 3's teaser poster I did, with new font use. This was the direction given. We often re-explore an earlier films direction since we deal with the same people, and they tend to stay with certain themes. 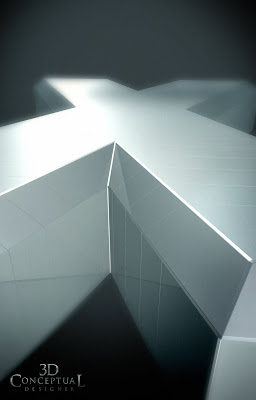 A big giant X with a bit of surface part lines added to give the simple metal a bit of detail without changing the look rendered for photography to be overlayed on top of the cast from X-Men:First Class.

A higher view over the big Metal X with some strong fish eye on the lens. 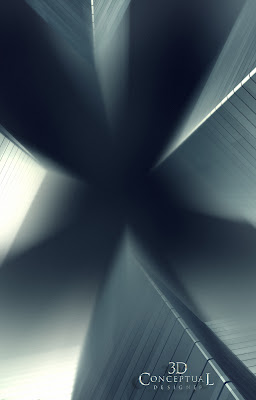 A negative space X with the shape as a cut out with severe motion blur. 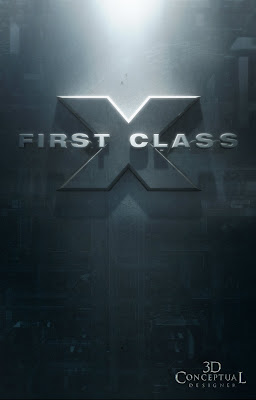 In this comp I added some glass geometric shapes reflecting on the simple wall for the prior designs adding in a bit of second read details for the X-Men:First Class look.
X-Men:First Class 2011
PART II
Client: Twentieth Century FOX Film Corporation via The Cimarron Group.
Art Director(s): Calvin Sumler and Joseph Stamper.
Project Date: Summer 2010.

This is PART II of the posts I have for the 3D Illustrations I did Last Summer, I had a chance to work on these Logos for the next installment in the X-Men Origins series with the newest film X-Men First Class which hit theaters over the weekend.

We explored text only teasers, as well as some large concepts of huge metal monoliths, where all the characters would be standing on top on a giant "X". Also revisited the Cerebro Door concept wit a few logos over the round doorway look[ altered], as a way of paying homage back to the original x within a circle from X-Men one.


My Prior posts for the X-men Movie Series:

Over 200 Logos from X-Men 2.
Logos for X-Men 3.
Logos for the Origins spin-off X-Men: Wolverine .
PART I of these X-Men:First Class Logos.