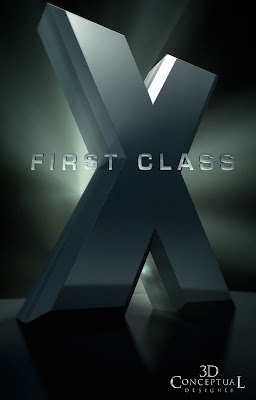 This Idea was done for Art Director Calvin Sumler for a Teaser Image. 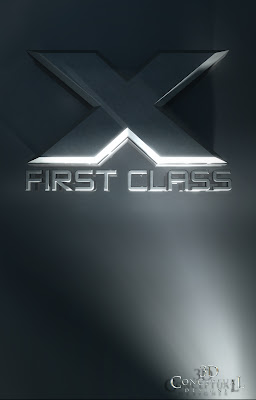 We did a large series directly connected to the looks of the prior films that I had finished as seen here. 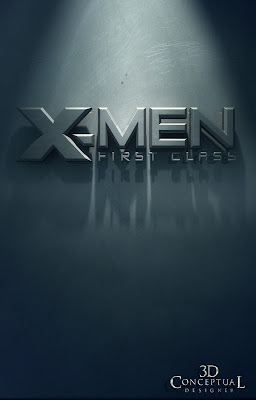 A new text layout with a much thinner "X" than what finished on prior films. 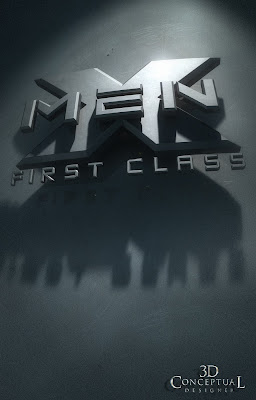 I used a bit of "fish-eye"on the lens here with a n up angle on the layered metal text wall for X-Men First Class. 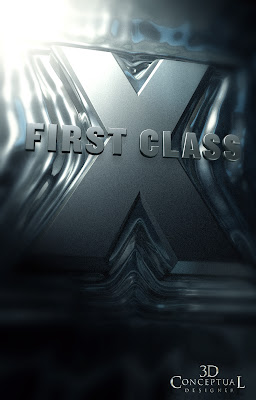 A liquid metal pool with the Logo coming out of it was a quick direction we explored as well here in a concept for Art Director Joseph Stamper. 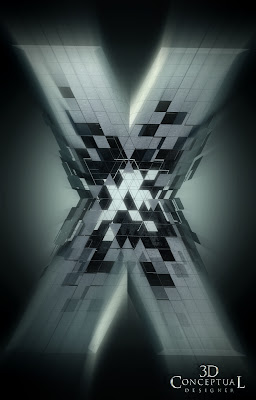 A Logo Image using the fragmented metal plates from the "Brain Room" scenes associated with the first film in this new logo. Lots of energy blasting in away as well here, fun stuff to be a part of doing artwork for X-Men First Class advertising.
X-Men:First Class 2011
PART I
Client: Twentieth Century FOX Film Corporation via The Cimarron Group.
Art Director(s): Calvin Sumler and Joseph Stamper.
Project Date: Summer 2010.

Last Summer, I had a chance to work on some Logos for the next installment in the X-Men Origins series with the newest film X-Men First Class which hits theaters today. I made the finish for X-Men 2 while at BLT and Associates back in 2001, and I also made the finish for X-Men 3 while at The Cimarron Group a few years later. I even did work in X-Men: Wolverine the origin series film from a few years back as well, so they called me to create a few logos in that same look for this film.

I had about a day and a half to create about a dozen looks for the pitches for the teaser One Sheet Poster. A fun project as Superhero films always have great Logo possibilities. I have posted PART I to the work I did for the project today, and will post the rest next week sometime, enjoy the film in theaters now.
Cheers, THOM

As a P.S. The Google Search Widget seems to be broken today I will look into it, sorry for the inconvenience.
Posted by 3Dconceptualdesigner at 10:14 AM