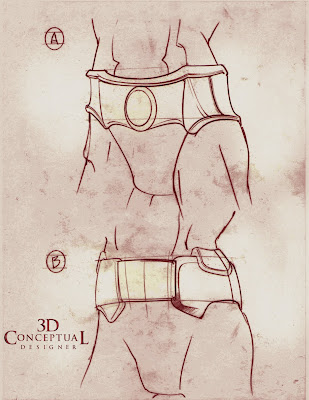 The early Utility Belt concepts for The Phantom 2040. 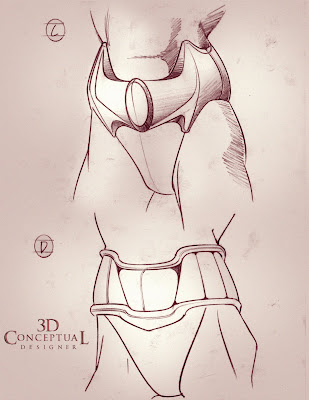 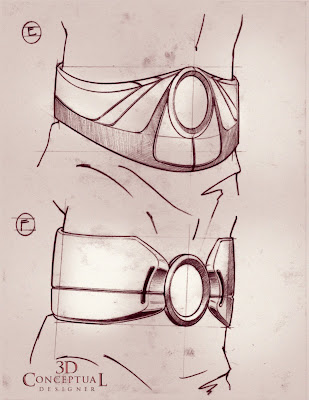 Phase Two development the design is shaping up.
[You can see the basic outer shape in the lower design] 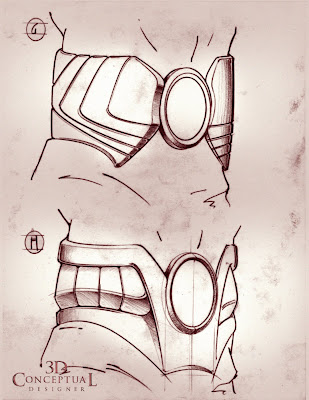 Design "G" finished as his belt, though the process went a little more along. 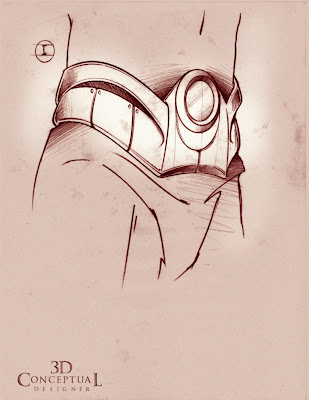 A Final Design that had the basic profile of the final just a bit too busy for animation with the cutouts like the cuffs had early on.
Phantom 2040-PART XXVIII
Utility Belt Design Development
Client: Hearst Animation Productions.
Art Director: Myself.
Project Date Spring 1993.

In this 24th post on the Phantom 2040 TV Animation series I worked on in the early 90's I focus on the Phantoms Outfit and his Utility Belt he wears as a sub-section of the character design. It falls as both a character design element, and a prop since he removes the belt during the show.

The three main items designed for the Phantoms costume were the Power Cuffs, Belt, and Guns. This post shows the development of the designs I proposed for the Belt and you can see we picked version "G" above to go to final. The oval front and center was designated for the skull that was not designed yet at that time, as this was one of the first designs I did when I came on board as the Art Director/Conceptual Designer.
Cheers, THOM
Posted by 3Dconceptualdesigner at 10:22 AM