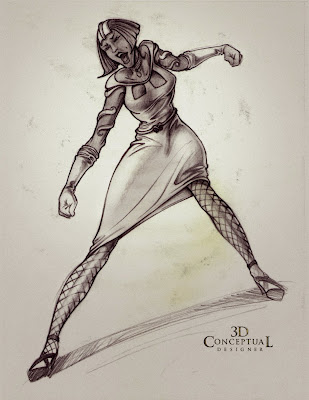 A safer version of Ming the Merciless Daughter.

The original outfit is designed by Nick Pugh and this is my turn around on her. 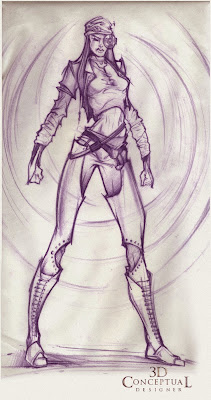 A generic Space pirate that was done for Flash but never used. 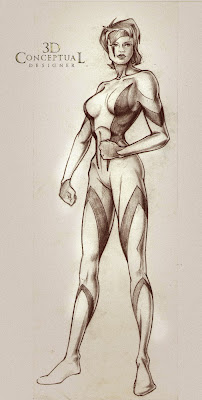 An Early Dale Arden design[skin tight outfits as seen in Image comics of the day.] 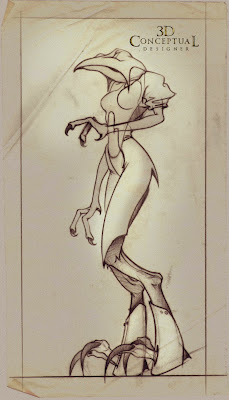 A Character turn around and development on a Design done by Nick Pugh.

Client: Hearst Animation Productions.
Art Director: Myself.
Project Date: Spring 1994.
In this fourth installment on the work I performed on the Television Series The New Adventures of Flash Gordon for Hearst, I focus on some fashion design and Character designs done for the series.
The majority of the characters were done by Nick Pugh but I did help with some of the fashion designs for these characters as seen in the above sketches. You also see a very early concept sketch for Dale Arden that was changed later on as well. I have links to the backgrounds and vehicle designs I did for the show in my earlier posts below.
Cheers, THOM


Link is in Post title, or paste text in below into your browser:
http://www.hearstent.com/flashgordonnew.html
Posted by 3Dconceptualdesigner at 10:02 AM