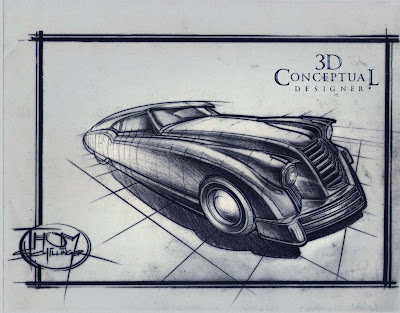 The Limousine Final sketch: This was the main Characters car in the show. 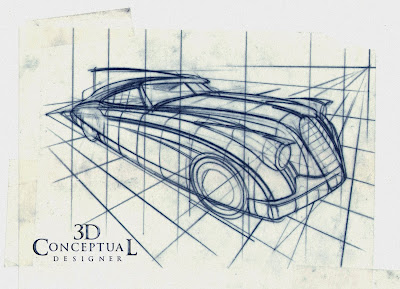 Here is the underlay rough of the Limo with a Perspective Grid as well. 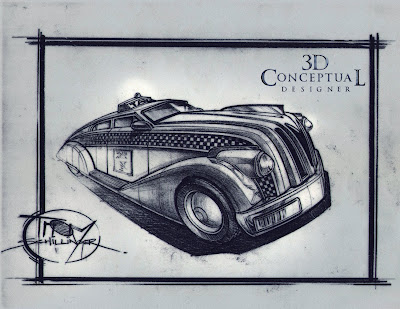 A Final Design for a Taxi Cab used in the Series. 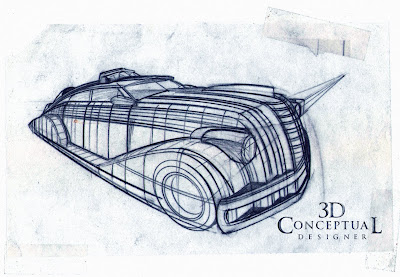 The underlay rough I did for the Taxi design.
[ Note: grid-work on body for checkerboard placement] 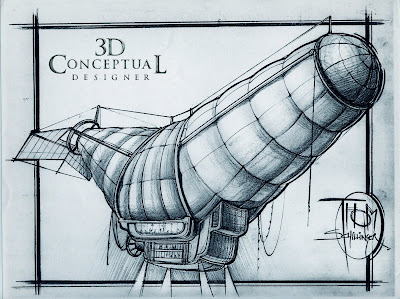 The Final Design for a Deco Styled Zeppelin that floats through the city. 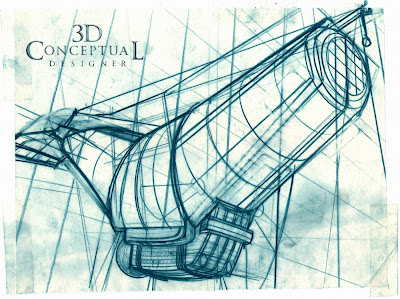 The rough sketch underlay I did for the Zeppelin design above.

In this second post on Dark Justice, the animated cable show I did Production Design work for in the early 90's , we look at a few vehicles I designed and the underlay grids I used to rough them in.

As with my prior post on using an underlay grid, sometimes I do a full grid, and sometimes I only do a partial one for some key objects like the wheels. I always do a rough for two reasons; first it gives the client a first-look at the design before I have put much time into the design so basic proportions and design elements can be identified. I next flesh out the design in the final and deliver. For these tere was no coloring stage so I delivered monochromatics.

You can view the Set Design work I did for this show on another post here.

Cheers, THOM
Posted by 3Dconceptualdesigner at 9:15 AM