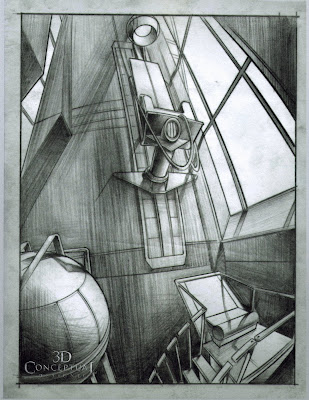 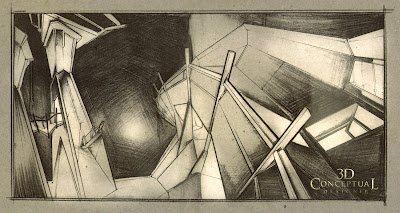 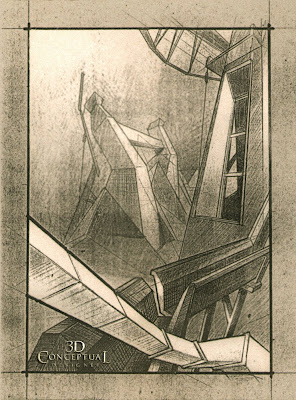 For this third part in a series on Flash Gordon, I am focusing on the background designs. Nick Pugh had designed all the characters for Flash and we were developing a look for the work to fit these characters into.

The Producers loved the architectural style of Lebbius Woods so I used a[very] heavy influence from him, as well as Shin Takamatsu from Japan with his use of stainless steel and glass. Lebbius' work tended toward too rough of a finish with rust etc, so we used Shin's slick minimalistic material and combined the two. The last influence was Nick Pugh, as he was developing vehicles and environments at the same time that I was, so we fed off each other.

A couple of velum sketches and a couple that were rendered on cardboard as well.
Cheers, THOM
Posted by 3Dconceptualdesigner at 1:18 PM