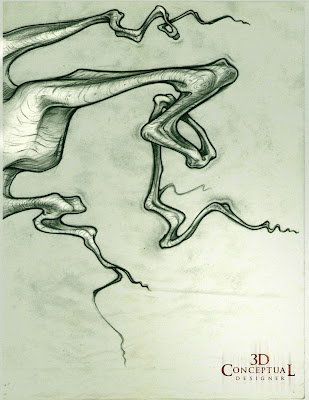 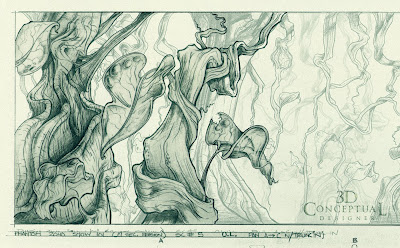 A typical 3 layer background design from the show with the Ghostwood design. 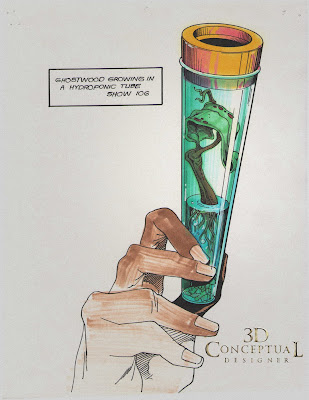 A Prop Color Key from the show with the Ghostwood inside the Test tube.

When I approached the thematic design of the show Phantom 2o4o, I based the initial proportions on the main characters that were developed by Peter Chung, so they lived in a "Tall and Thin" world to match. On top of the basic proportions picked, I visually addressed a lot of the shape language used from the Art Nouveau era as seen in the wrapping freeways and the overall design of the ironwork and carvings.

So as to the mysterious "Ghostwood" that grows all over the city, it is a visual representation of the jungle trying to break back into the city, and it was really not designed as much as it was just sketched from life. What I did was apply the "Thin" motif found in all other design I executed, and used that as a basis for the design of the vines of Ghostwood. I also used the artwork of Mucha with the wrapping movement he sketched during the Art Nouveau era, and designed the vines to match a smoke like movement.
Cheers, THOM
Posted by 3Dconceptualdesigner at 10:56 AM