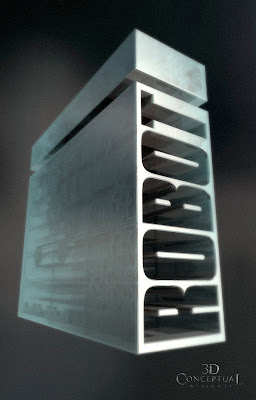 A Transparent Glass and Metal Hybrid logo
filled with gears for Chad Robertson. 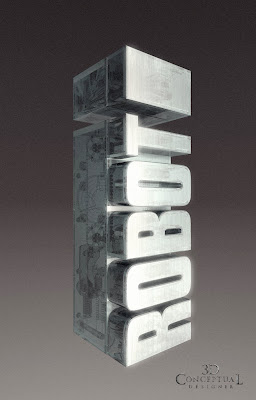 Another version of the Transparent Glass and Metal Hybrid logo
filled with stuff for Chad Robertson.

I also got to work with Calvin Sumler for the first time on I Robot, and now having worked with him for almost seven years I have befitted from his amazing design sense and it has helped my 3D advance to another level.

Cheers, THOM
Posted by 3Dconceptualdesigner at 11:06 AM