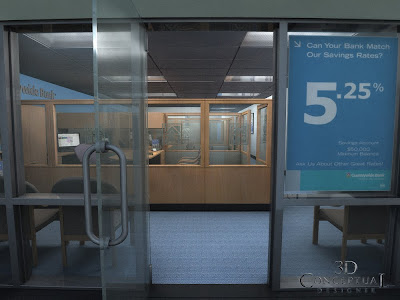 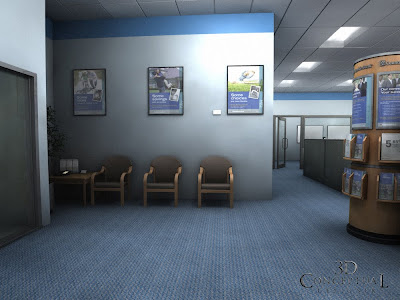 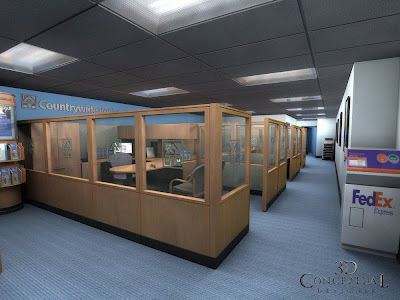 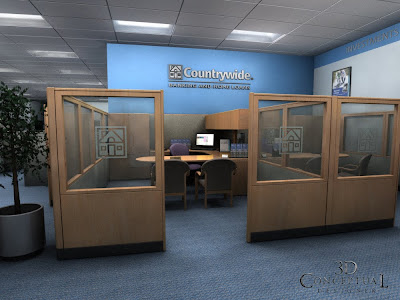 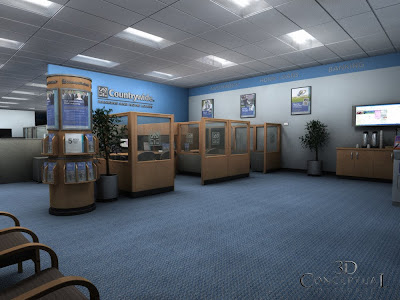 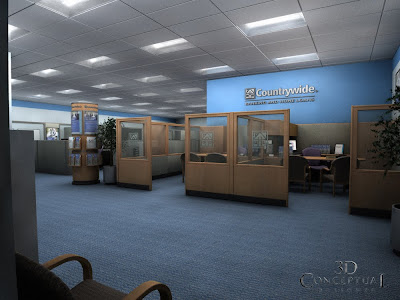 
I had worked with Countrywide in the past visualizing various Stores and Banks for the major remodel that was taking place from 2004 to 2007. This set of images was one of the last projects I did for Countrywide in 2007.

I would like to note that Countrywide was using the traditional marker sketches to sell the design internally, yet the limitation was that the people making the decision were not able to translate the sketch into a pure vision of what the space would look like. Here is where we convinced them to do a 3D visualization to get closer to photo-real. They were impressed, and by doing these studies they estimated a cost savings of 12% since we identified a few issues that were addressed in these images that a traditional sketch would not show.

Cheers, THOM
Posted by 3Dconceptualdesigner at 11:26 AM