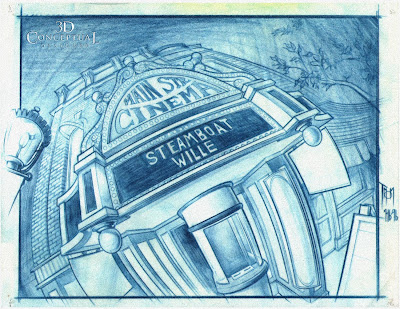 The Marque for the small Theatre. 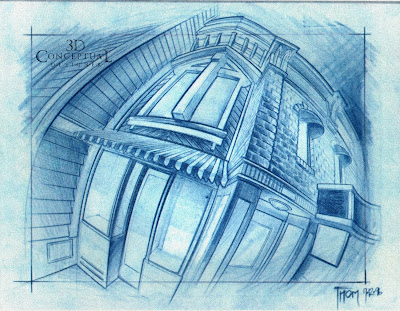 The Magic Shop next to the Theatre. 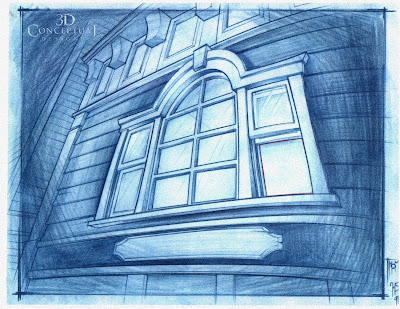 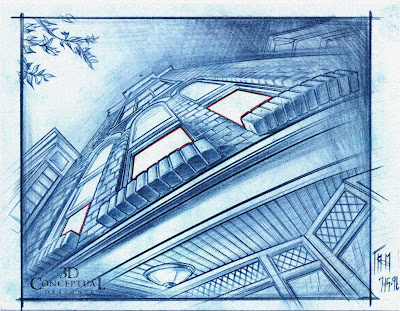 Fourth post in my series on the Virtual Magic Kingdom [ VMK] project I did for Disney Interactive back in 1996. These are some fish-eye shots I did of various locations as you move up in the park the the "Hub".

There was no game play here, so we basically travel down Main Street to get to the game start at the hub, so just some "Hero" shots to set the stage for the game.

I also re-posted the image of a "Node" which is a 360 degree sketch from a fixed point on Mian Street.