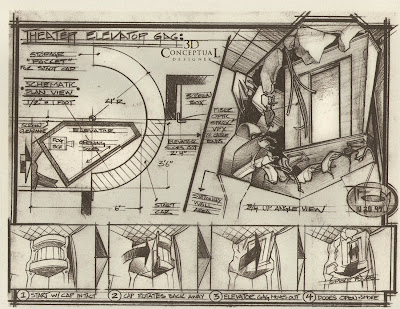 The Elevator Crash for the 3D-Film 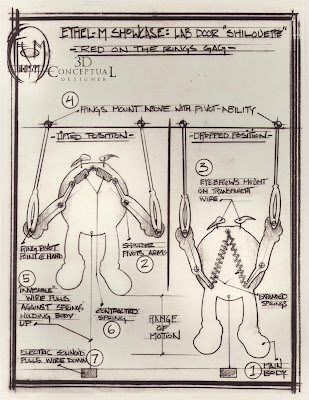 "Red" Working the rings in the gym window 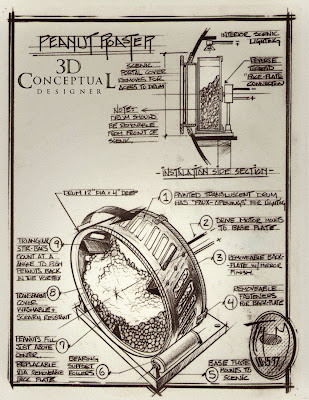 The peanut roaster tumbler effect for the attraction. 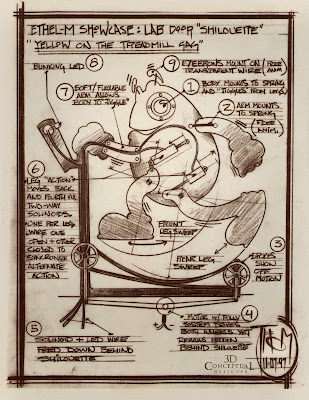 "Yellow" running on a treadmill in the gym. 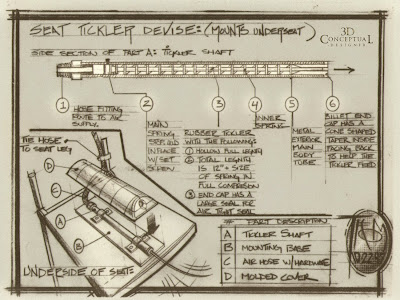 At the Finale of the 3D film the "socks" run under your seat and get a tickle!

As a Designer I am called upon at times to design out the inner workings of the ideas I create. Unlike an Illustrator where most of the time, the artwork itself, is the final product, my sketches help build out the final project. "You don't live in a blueprint, but a house!"

I was tasked in figuring out how the various animatronic and mechanicals would be built for the M&M's attraction. You will see above various drawing representing Red and Yellow working out, to the 3D movie theater gags of under-seat tickler, and the crashed elevator gag.