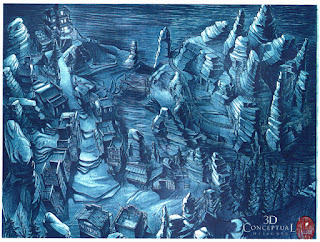 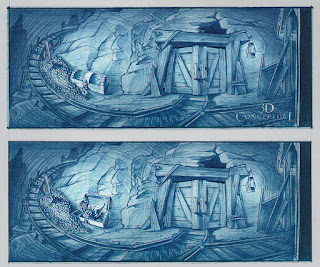 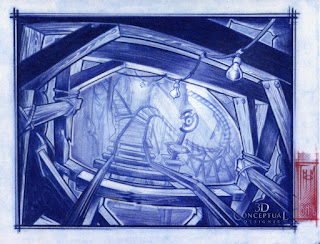 Mine-car Ride view at a switcher on the tracks. 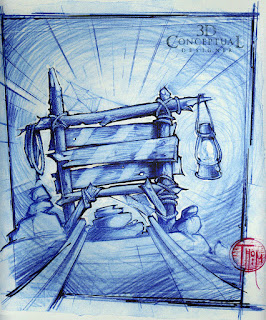 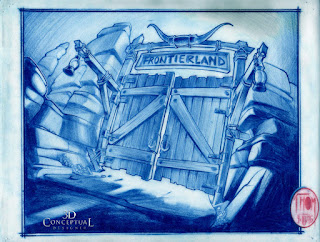 Entry Gate to the "Land". 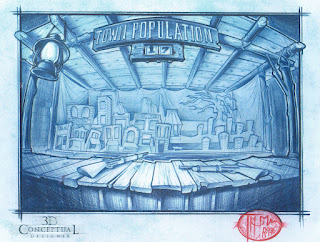 In the Frontier town there was a shooting gallery game. 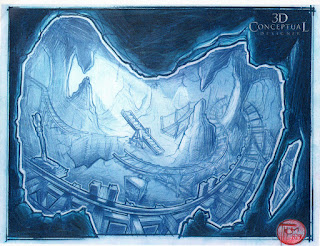 Stopped on the tracks there was a teter-todder game we designed here. 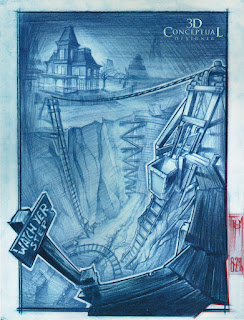 A game with a mine cart, pulley's and a big canyon to get to the Haunter Mansion(R)

Continuing in the series on Virtual Magic Kingdom [VMK], here are the sketches for a second "land", Frontierland. In Frontierland the ghosts have all escaped from the Haunted Mansion (R), and are wreaking havoc that the player must correct via various game-play.

For each "land" I did an overall map of the land as to locations of the game-play and close ups of each area of activity as well. We built all enviornments in 3D with 2D characters overlayed and interacting with the 3D backgrounds. As the 3D Art Director for the project is was nice to have designed most of what was being implemented myself.

My 3D team were some of the best 3D Artists I have worked with including; Adolph Lusinsky, Robert L. Miles and Jeff Goldfarb. I worked for two amazing Executive Producers, Roger Holzberg, and Terry Dobson.

Cheers, THOM
Posted by 3Dconceptualdesigner at 10:18 AM