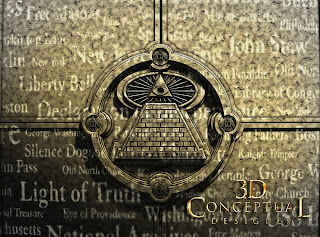 The final design full frame shot of the Illuiminati styled crest I created for the Motion Graphics for National Treasure. 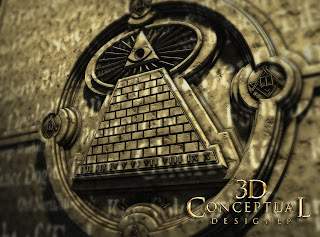 I did a series of half a dozen angles on the crest which is why this is a perfect job for 3D GFX. 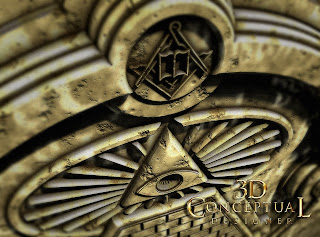 An extreme down shot on the top of the "All seeing Eye" in the crest design I did. 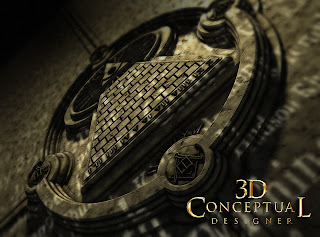 Now an extreme up angle wit it fading into the black fog. 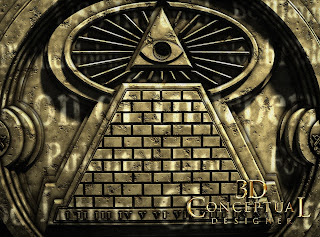 Close in on the central Pyramid design motif. 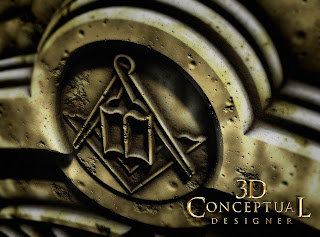 A bit of Masonic Symbology in there too. 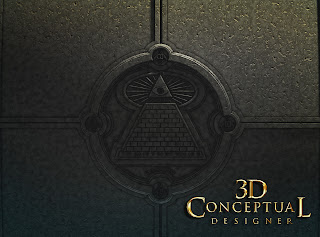 A version was tried w/o the gobo in a more subdued palette, but we rejected it as a bit too plain. 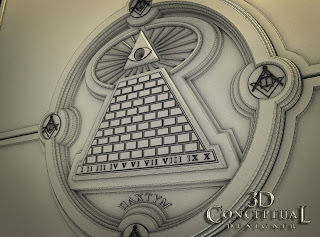 The geometry was simple bevles and booleans, no quads at this stage, though today I'd do it all quads. 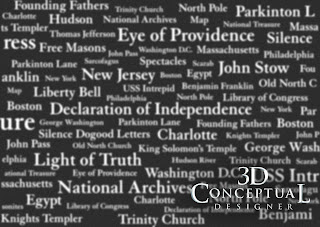 The "Gobo" Light text image that was projected and animated across the surface during the 3D camera move for the MGFX 3D card.


The first Summer I worked in-house at The Cimarron Group back in 04' I worked quite a bit with the Motion Graphics team providing RAW 3D frames for various TV and Theatrical spots for trailers.

I was put on the National Treasure gig for a few days to help create a backdrop with a Illuminati type of crest. They referenced the crest I did for Minority Report from the days when I was back at BLT, and so I developed a fun crest design that we used fir a few MGFX spots.

Once the look was established, I cut type into the background and animated it coming out from the walls for various shots, and we also just used simple moves on the back-plate with a foreground text treatment as well. You can see this asset about half way into my reel linked to the RIGHT side, or here.

Posted by 3Dconceptualdesigner at 2:18 PM