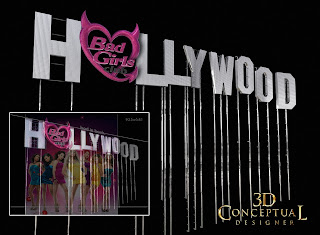 The final was rendered out in three layers with two thicknesses and finishes to the Hollywood Letters themselves, and here is the pyramid jewel face treatment in 'thick' type. 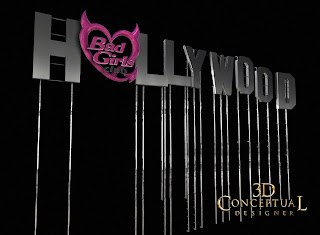 Here is the thinner brussed steel look to the main letters as an alternate for Hollywood Bad Girls Club. 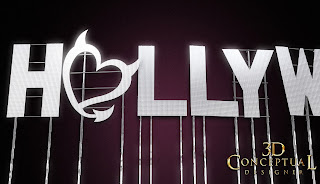 A close up render with a heart "letter' alt with the pink ballon type removed done for a banner ad. 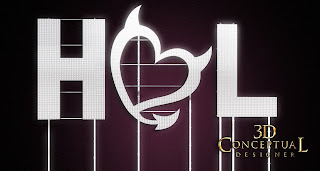 'HOL' as a tag for another ad for Hollywood Bad Girls Club TV series. 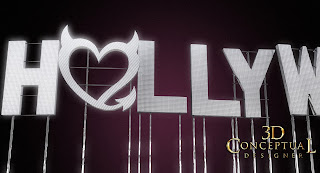 A lowered camera shot with half the sign seen now. 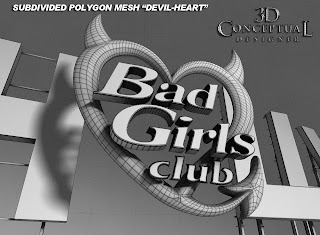 The smoothed [subdivided] polygon mesh is seen in this wire render. 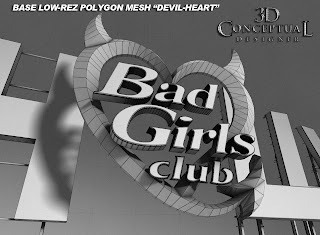 The base single point bevel base mesh for the devil heart object. 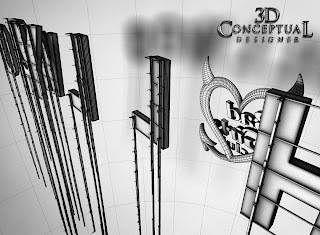 Here is a shot of the sign from behind showing the 3D letter placement.


Today my posting overs a build I did for BPG back in 2010 for the TV Show Hollywood Bad Girls Club.

What I was tasked with is building out the Hollywood sign in 3D adjusting the design and adding in the Show Logo built out in 3D geometry as well.

I had built the sign a few times[ see here] so it was super fast to rebuild it for this show with details missing that they did not want on this one.  I also built out the "Devil-Heart" Mylar balloon for the main Title as a Sub-D model, as this was to be reused in Motion Graphics if it went to finish so higher rez was in order if needed.

I rendered this out at 4K finish size for a few print ads, a fun quick little one day gig.