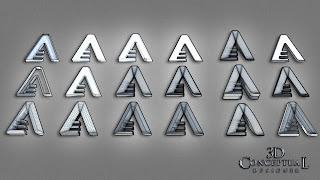 The first step was to create a series of 3D solutions to the single vector file supplied to me. 3D is more than extrusion, it can be a very complex surface. 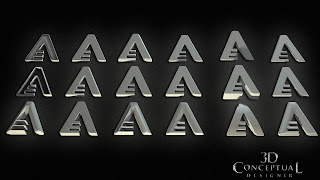 Here is the above shot of looks rendered from a low angle in an ambient shader.

A front view hides some of the 3D details but I always do a straight on view for most 3D logo design. 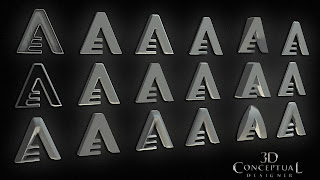 A 3/4 side shot really shows off the differences in the designs. 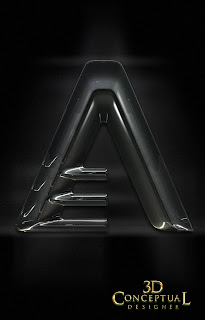 I did a glass on black shot. 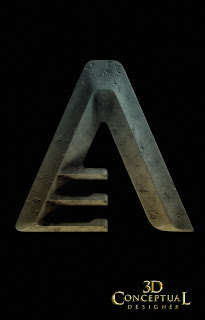 Aged concrete was a rough look that was found in the film production and I was asked to do a few looks to match that. 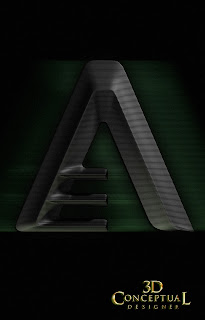 The characters wore rubber suits so I did a few matte black looks with some surface detailing like this one with ribbing. 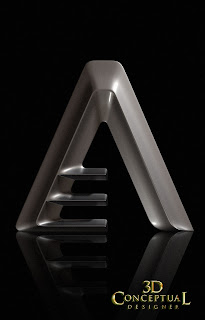 A smooth metal look is what went to finish with a strong blur on the reflections. 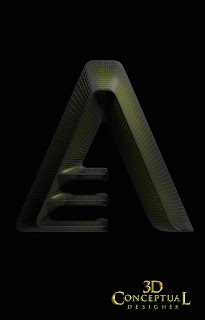 A mesh over the top of a green core was this design with a two layer Icon design. 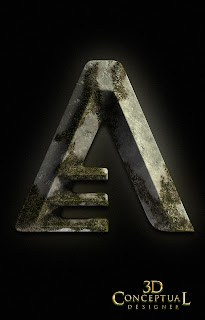 I grew moss on this design to age the logo back, as well as mixing concrete materials with DA sanded metal. 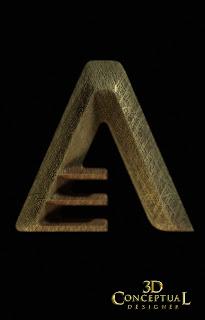 A Logo with a thatch like natural material to the smooth Icon for After Earth.


Last Summer I had a fun little 3D Logo development job with Drew FitsGerald of Facet Creative for the new Will Smith/M. Night Shyamalen film, After Earth that released this summer.

I was provided with a 2D Vector file of a Icon logo with the "AE" morphed into one elegant shape,and Drew asked me to help develop them out in 3D.

So, my first step was to build out a set of 'solutions' for the shape, as a simple bevel is just an extrusion with a small edge detail, so I went and created a full set with tapered faces, curved fronts, hollows and a host of other ideas to show what is possible in just one shape.

Once these were done Drew picked a simple Single-Point-Bevel look and so I proceeded to create a few textured styles from glass to aged stone and concrete. Once they were satisfied with a look and design,  I rendered the final out a 6K for a finish.

A fun project that was about eight hours of total work done over a few weeks.