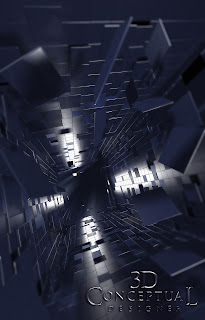 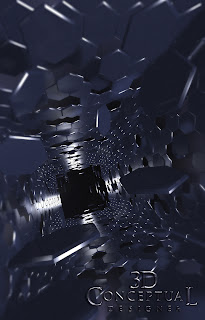 For this I went for a honeycomb six-sided puzzle piece for the Paycheck tunnel idea. 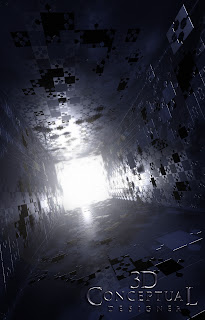 This design was inspired a bit by a Frank Lloyd Wright textile block shape for a puzzle piece look, but we continued to experiment. 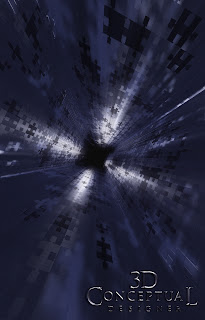 A motion blurred render of a tunnel dark at the end. 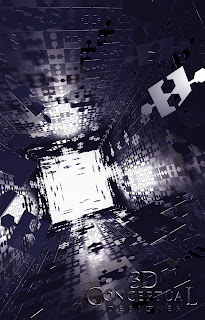 The light at the end of the tunnel look was used here, and I had a series of floating puzzle pieces that I rendered separately as well so that the comp had many options in composition. 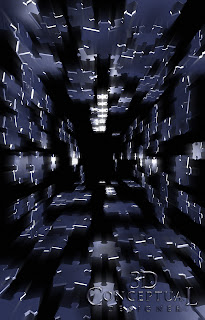 Here was the "anti-Tunnel' look where the corners and base model was deleted with only floating pieces to shape the tunnel out. 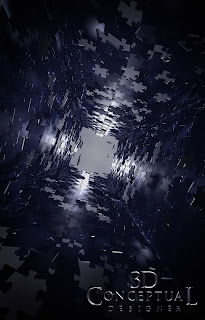 Here is the final tunnel that finished out for the Poster for Paycheck back in 2003. 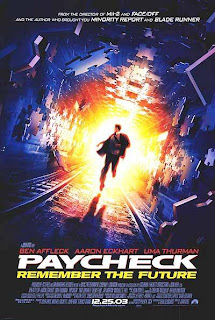 Here is the final One-Sheet that finished for the film using my 3D Illustration for the Puzzle hallway.[Hat Tip: http://www.impawards.com/2003/paycheck.html ]


This was the first project of many that I would end up working on with Art Director Michael Paul Terranova, starting back in 2003 on this project for Paycheck, the new a Sci-Fi Ben Affleck film while working at BLT and Associates.

My primary work there was for the print department doing 3D illustrations for the various films advertising needs, from One-Sheet posters, to billboards, to website designs, and standees, I helped with everything coming in that needed a 3D touch to it.

For this project, another vendor had established a puzzle piece look in a teaser poster, and this theme was carried into the trailers, so the idea was to simply match the feel established with a puzzle tunnel that would line up with some shots from the film.

Michael Paul had a little thumbnail sketch of the comp, and I grabbed the live action shot and did a Matte painting type of camera match with a bit of lens curve as well to line up.

What you will see above are the various puzzle shapes we tried, from a simple box like square on up to what finished with sharp stealth like angles to it, unlike the curved found on most puzzles today.

This is just the first part I will be posting in the series going over the various work that I did.

Posted by 3Dconceptualdesigner at 2:57 PM