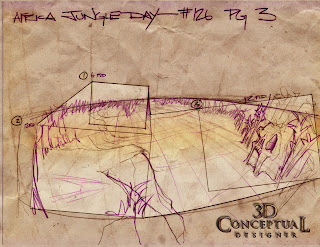 A rough layout move blocking that I did for Jesse Santos to complete of the African Jungle. I blocked the skull cave over on the right, with a tabletop mesa to the left. 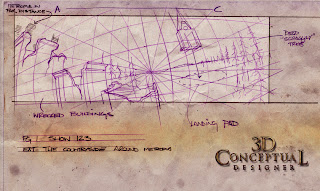 The Maximum Inc Rocket lands in a field out in the countryside outside of Metropia. 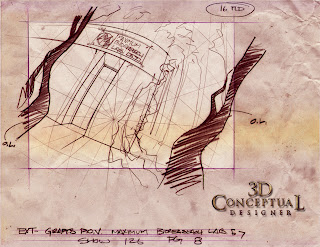 An Exterior of the Lab blocked with foreground vines to part upon truck in. 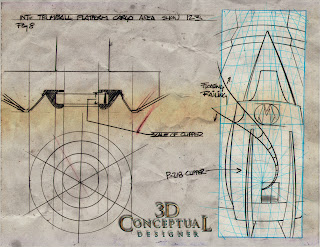 Here is the Maximum Inc Rocket in the cargo bay ready to lift off.


For my Tuesday 2D post this week, I have found even more of the small layouts I did to assist in production on the Television Animated Series from the mid 90's called The Phantom 2040.

I did these blocking grids to be used by multiple groups both in-house in the states, as well as for our overseas groups working in France and South Korea.

The background painters, Layout Artists, Storyboard Artists, and Animators all took advantage of these as they would provide that little bit of extra information to help them complete the work on model and quicker too.

I often did plan views, cut away drawings , and whatever detailed sketch was needed to help us make our production deadlines, and simple milestone goals each month, as we did put out 52 episodes in those hectic two years at Hearst Animation.