A Final One Line banner ad done for Universal Studios Hollywood back in 2006. 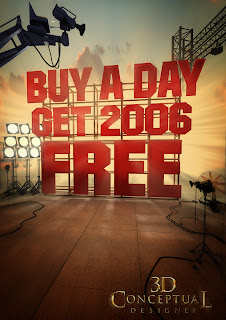 Here is the bus shelter One-sheet design that went to finish as well. 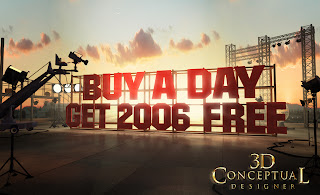 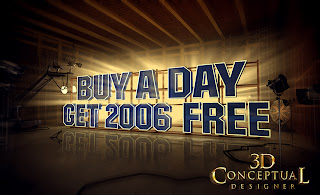 An alternate route to the outdoor feel was to put it all inside a sound stage, so I tried a few with that look as well. 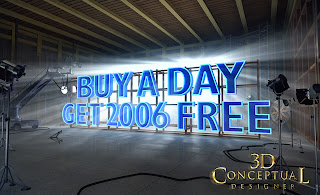 A different font and glowing edges with some cool tones in this attempt. 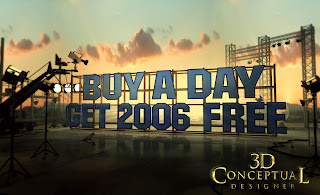 We went back to outdoor tried the cool tones, but went with red for the finals.


I did more than a few projects for Universal while at The Cimarron Group, since back in 2003 they were still on retainer so we had a regular flow of work that we did, and this was the 2006 buy a day campaign that they now do every year.
To boost attendance in the parks they offer a year pass for a full day price, so that you will come back, and with this round I worked on in 2006, the theme was behind the set, so I built out a large series if backstage props from lights to cameras and scaffolding to configure into the needed sets.

One big advantage to using a 3D Illustrator is that I can move the parts around to create stacked, or one line custom banner adds using the same assets from the poster.

This is where 3D shines. I did both outside at 'magic hour', as well inside a sound stage, similar to what we did on the logo here.