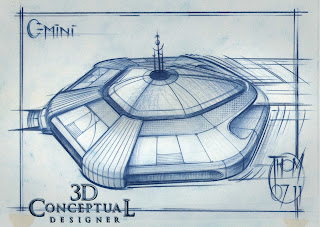 Here is the final I delivered to the client for the first Fighter design round "C". 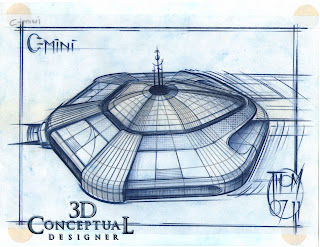 Here is the drawing still taped to the 3D Perspective Grid object I blocked out first. 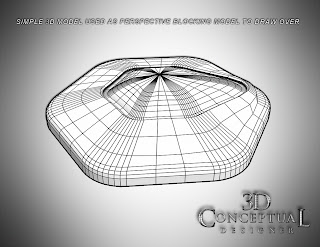 And here is the 3D render I sketched over of the base object. 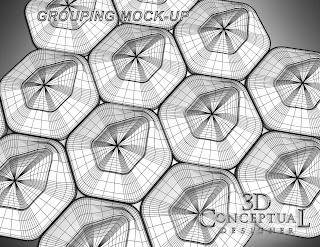 All small fighters were mocked up to show the "net" they made when all linked together. 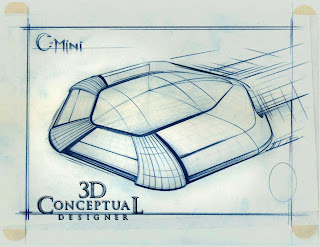 The alternate was smoothed out and not as geometric so " I put it in the Oven" , and old ACCD term when our clay models were too sharp edged. 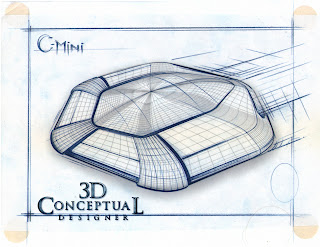 Here you can see the 3D-Perspective grid taped as an underlay. 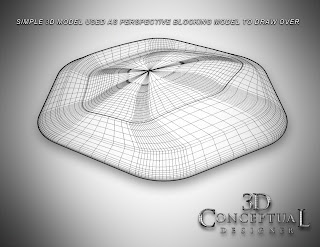 Here is the base 3D blocked object I built to sketch over for this second pass. 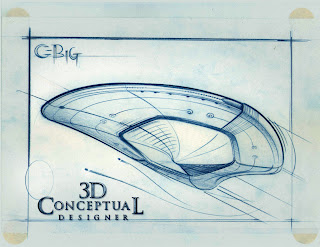 Here is the Big Mother-ship for round C using the same softened hex shapes as the base proportion. 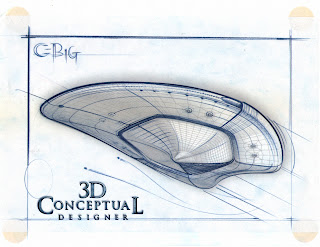 Here is the sketch and underlay still attached. 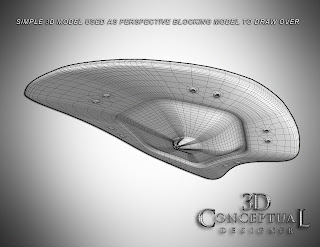 Here is the 3D blocking model I built for the ship design.I print it out and sketch over it, allowing me to design the look, not get hung up on an accurate perspective, which the grid assists you with.

Today I am posting for my Thursday 2D post, part three showcasing my design project from just over a year ago in the Summer of 2011 that I did for Steven Viola at Method Studios designing spacecraft for a teaser TV spot.

I have already posted parts one and two in 2D, covering the first two concepts , as well as some 3D blocking models I detailed out a bit more, so for today I am posting the final in this series , with the round "C" spaceships for the gig, my last 2D post for this project.

For this last round I went with a honeycomb six sided look, so when the little fighters linked up it created a mesh like fabric that would cover the mother-ship. I also blocked out the design for the mother-ship echoing the six-sided feel, though by this point it was softened up a lot.

You can review PART I here showing off Design A, and PART II here showing Design "B", and you can view the final A designs in 3D here as well.

Cheers, THOM
Posted by 3Dconceptualdesigner at 12:00 AM