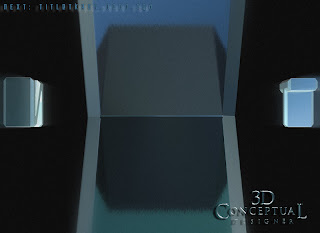 Frame One of the final Finished Title treatment for the film NEXT from back in 2007. 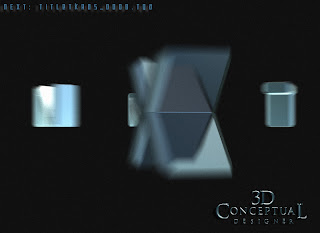 The final animation I provided to Tom Kositchotitana in Motion Graphics had 3D motion blur used on the 3K frames. 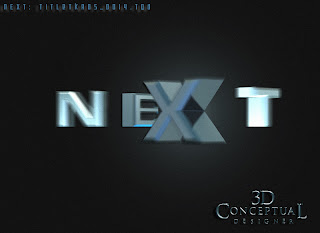 An animated Gimbal move with the type letters rotating into the final position. 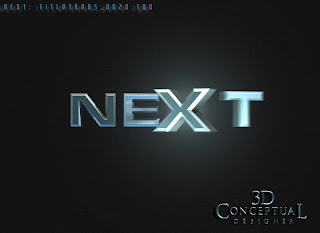 Almost seated and final in about 1 second total for the move. 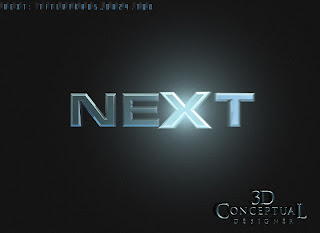 The last frame with all seated and a slight flare near the 'X', in Next. 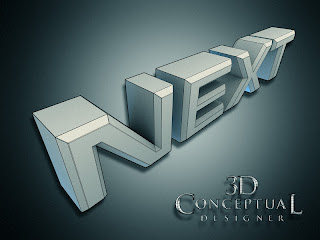 Here we see a simple 3D heavy beveled type object in a mesh-view, but look closely, as I convert these simple items to an editable polygon , and then put a little bevel on all edges to catch mini highlights on a small face edge as a third read. This adds a lot to a simple object like this, as the lights will naturally animate on these little slivers well.


Today I have posted up my first in a series on the 3D Animation Motion Graphics work I did for this film[ among others]. I primarily do print work, with well over 1000 3D logos done this last decade for Theatrical clients, but I have also finished to film nearly 85 final Motion Graphics pieces, like what is seen above and is in the final trailers as well.

I always work with an After Effects artist on Motion Graphics work, as I am a 3D Animator/3D Designer to them, and I provide the raw frames for their composite.

I have worked with Tom K. for almost every Motion Graphics piece I have done[ 95%], and we always get this type of work finished on time and under budget whenever we have done the 'T-N-T**' production.[**Tom and Thom]

For today, this first part in this new series, we see a simple metal 3D logo with a heavy extrusion gimbaling into frame for a Title seat. I added the double edges on all sharp outer parts to get that little highlight running around the edges as well, something I often do to simple stuff like this.

It is FUN to create and deliver this stuff!

Posted by 3Dconceptualdesigner at 12:06 PM