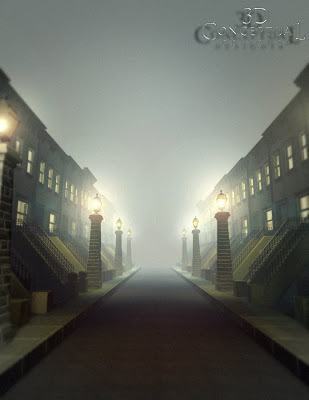 This Virtual Set Image was done for Beyond X-mas DVD release for Creative Director Cheryl Savala at The Cimarron Group in 2003. 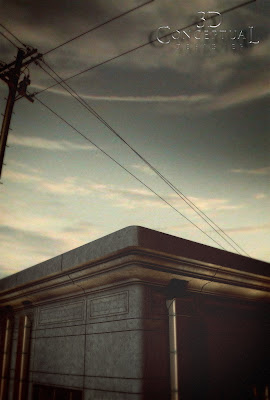 A Rooftop for the main Superhero to stand on above the school for Superhero Movie. Previous Work Here, here, and here. 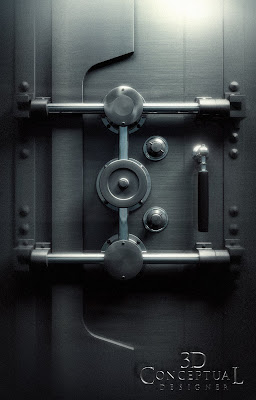 A Large Metal Bank Vault Door Image I made for "Jumper" One Sheet Ideas while at The Cimarron Group. 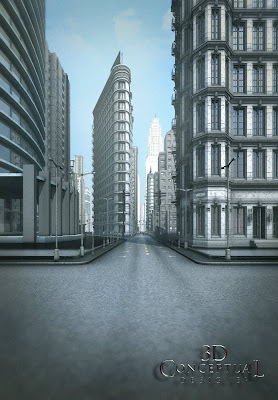 A low angle on the street in a generic big city done for a one sheet for Yes Man back in 2008. My prior post for 3D Illustrations on Yes Man is here. 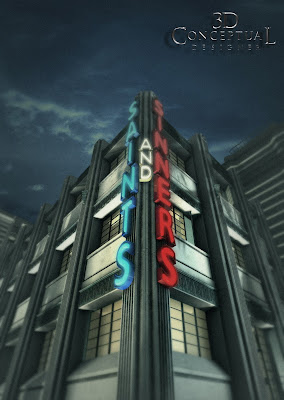 An up angle on a Virtual Photoshoot I did for the Home Entertainment group at Cimarron for Art Director Darren Keller. 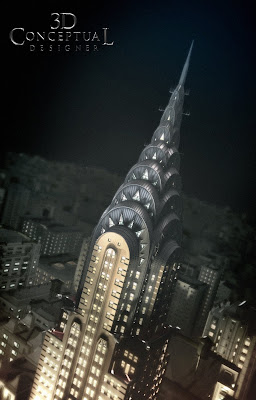 I did this Virtual Set for Art Director Chris A. Hawkins for a Poster Idea for "Banana Shpeel" for The Cimarron Group. Logos I also did are here.

This is my second posting on the Virtual Photo shoots I do for my Advertising clients. About half my work consists in this type of deliverable, a Smart 3D asset, where some think that 3D Logos is all I do.

I have posted a few examples from various projects where I needed to create anything from a full vignette of a big city, as I did for YES MAN, and a small building top ledge for Superhero Movie.

Sometimes I can re-use the model from a prior project and adjust the proportions as I did with the big Bank Vault Door I did for the HEAT DVD TV spots, I modified it to fit a Theatrical One Sheet for Jumper comp ideas.
Cheers, THOM
Posted by 3Dconceptualdesigner at 1:14 PM