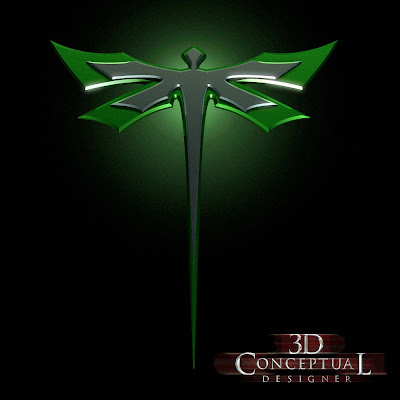 A stylized 3D Logo from the Suit used for filming. 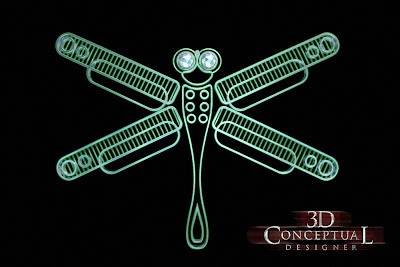 A Metal thematic wireframe Model of a Dragonfly. 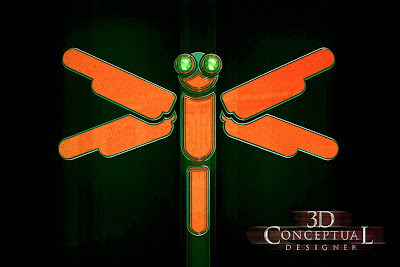 A Solid version of the above logo in Orange-Red and Green. 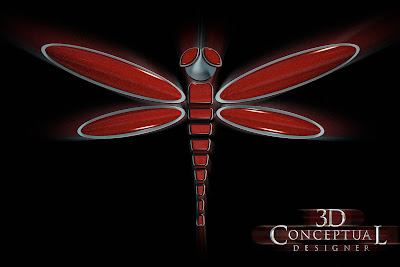 An alternate designed solid logo for the Dragonfly Icon. 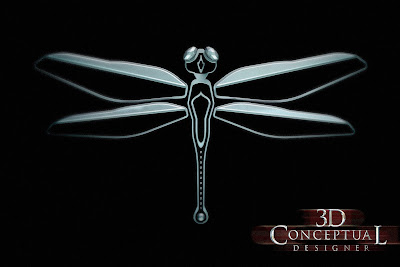 A 3D Icon Logo with solid and wire-framed sections in the design. 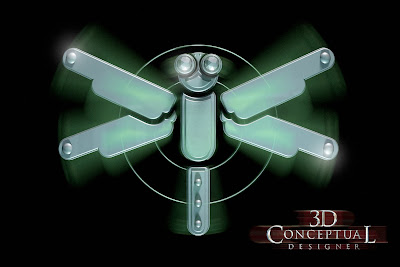 An animated version of the first wireframe concept with a holding device for AV.

This is the first part showing the 3D Design work that I did for the movie campaign Superhero Movie done in 2008. The movie is a spoof on all the Superhero films out, done by the creators of the Airplane franchise. In this first post you can review the Dragonfly logos I designed as the main character gets bit by a dragonfly and gets his powers from it so we designed a logo. There was a logo done for the suit in the film, but we were given some room to explore. All in all, a fun design experience.
Cheers, THOM
Posted by 3Dconceptualdesigner at 10:03 AM