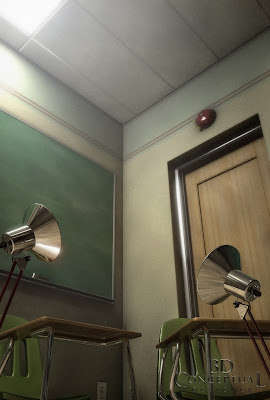 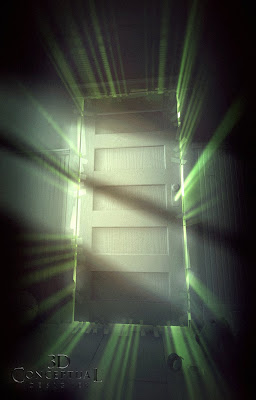 I did this dramatic door shot for the remake of The Fog a few years back with the evil light coming thru the cracks as the young child has taped the door shot trying to keep the FOG out! 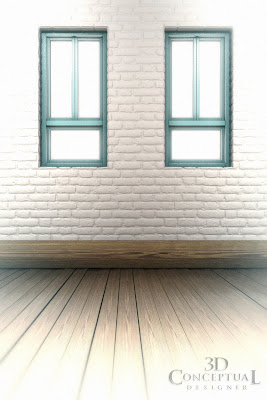 I did this Virtual Set for Art Director Chris A. Hawkins for a Poster Idea for Table for Three back in 2009 while at The Cimarron Group. 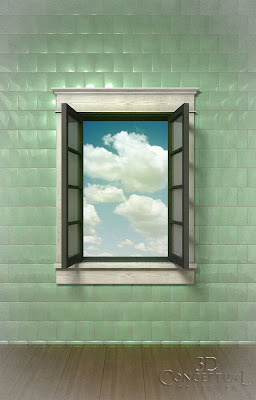 For It's Complicated they had a bathtub shot and needed a new room to drop the photo into so I did this for The Cimarron Group back in 09' as well. 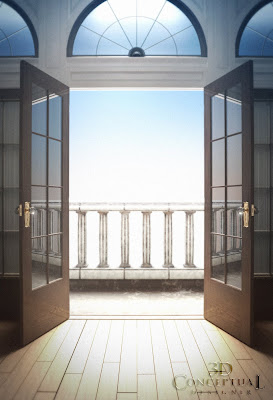 I did this Virtual Set for Art Director Chris A. Hawkins for a Poster Idea for "All Good Things" Starring Ryan Gosling, back in 2009 while at The Cimarron Group.

Behind the Art
Virtual Set Illustration or Virtual Photography
PART I

About half my work is doing 3D Logos for films and various clients in Advertising, Video games, DVD's etc., but the second half is sometimes missed and that has to do with virtual sets. Clients have a few choices so they often miss the advantages to the Virtual shoot.

Stock Photography is a HUGE business, and it has been a staple resource for advertisers for years. Hiring a Photographer and a Set Design firm is also a way to go and shoot what you need.

The Virtual photo shoot however gives the client full control over everything in the shoot on a level that traditional ways cannot. 3D Illustration is different in that the 3D Designer is doing all the artwork in 3D, and delivering a finished piece. A Virtual shoot provides an asset to a Art Director to use in a comp or idea they have where they may already have a masked actor ready to go but need something like the room they stand in, or prop they are holding.

As to cost, 3D beats stock photography every time just in the royalties and usage because the client owns the 3D image outright. Enlargements are just a render away, and because it is 3D, a different angle, or lighting version alt is fast to add to the mix.

I have posted a few examples from various projects where I needed to create a wall or backdrop of some sort for a Movie Poster comp as seen.
Cheers, THOM
Posted by 3Dconceptualdesigner at 10:56 AM