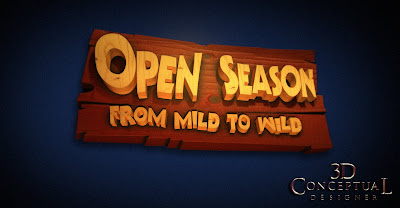 A Modified version of the Print Type on a darker Plank of Wood as a Holding Device.

The Print Logo copied for AV and stretched out wide as a test.

The Print Logo and 3D tree as seen in the Teaser posters used for AV. 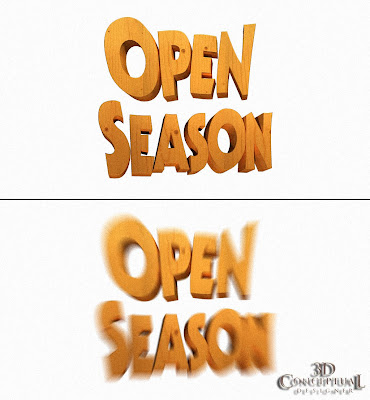 The Final Logo tests done using the above Logo for AV. 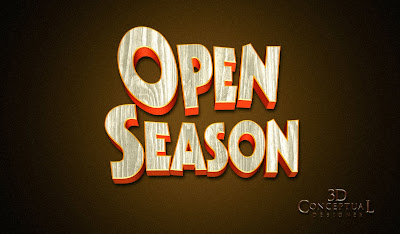 The Final Logo Design look was provided to us and I duplicated it above for all AV work for all trailers and cards. 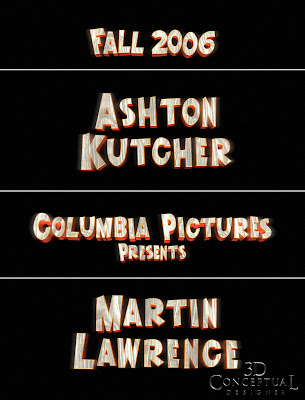 Some of the AV Cards from the Theatrical 3D Logos I Created for the various trailers.
OPEN SEASON
Client: Sony Pictures via The Cimarron Group.
Art Director: Myself.
Project Date: Winter 2004 of Theatrical and Winter 2005 for Home Entertainment

I worked on over 80 title finishes while running a 3D Design Department over at the Cimarron Group form 2003 to 2009, and Open Season came in for both the original Theatrical release, as well as the Home Video Trailers a year latter.

For this project I did a blue sky design with no reference first, then I copied the Logo from print on the tree, and finally I was provided with a look form the makers of the film to copy with the red extruded backs that eventually went to final finish.

All in all the 3D graphics I did were on about 15 trailers for Theatrical and Television on this smaller job. FUN!
Cheers, THOM
Posted by 3Dconceptualdesigner at 1:03 PM