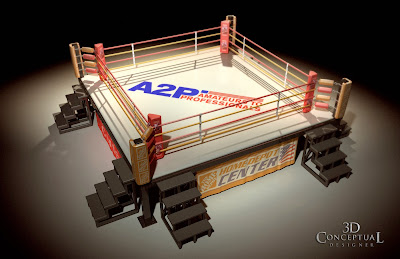 Phase One of the A2P Project was to build out a boxing Ring. 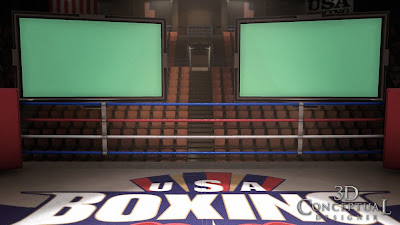 A HD frame where the video was to be composited while the host talks through the footage while walking the mat. 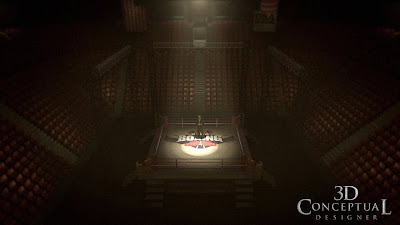 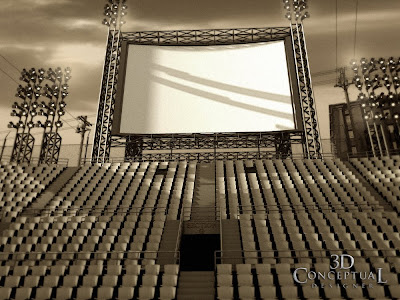 Back in 2008 I did some work for the A2P , "Amateur to Professional" Boxing Organization for the upcoming bout that was being done in the Corporate Division of The Cimarron Group headed up at that time by Nigel Williams. I first had to build out a typical boxing ring for the spot and then the project was sent to on off site 3D firm to complete the work so I delivered the 3D model to the vendor.

About 3 months latter I was brought back onto the project to complete the unfinished 3D design and Animation work done for the final AV spot by the vendor as they had dropped the ball and not finished the work. I built out a sports arena and did a 4 second HD camera move into the space to line up with some live videos being used. I also did an exterior stadium shot for the AV piece edited by Eric Powell for the final.

My cost was 1/10th the outside vendors cost was to finish[ which they did not], and I did not miss the deadline.
Cheers, THOM
Posted by 3Dconceptualdesigner at 8:57 AM