Project Review: Behind the Candelabra[Liberace] 2008 PART II The Crystal Logos. 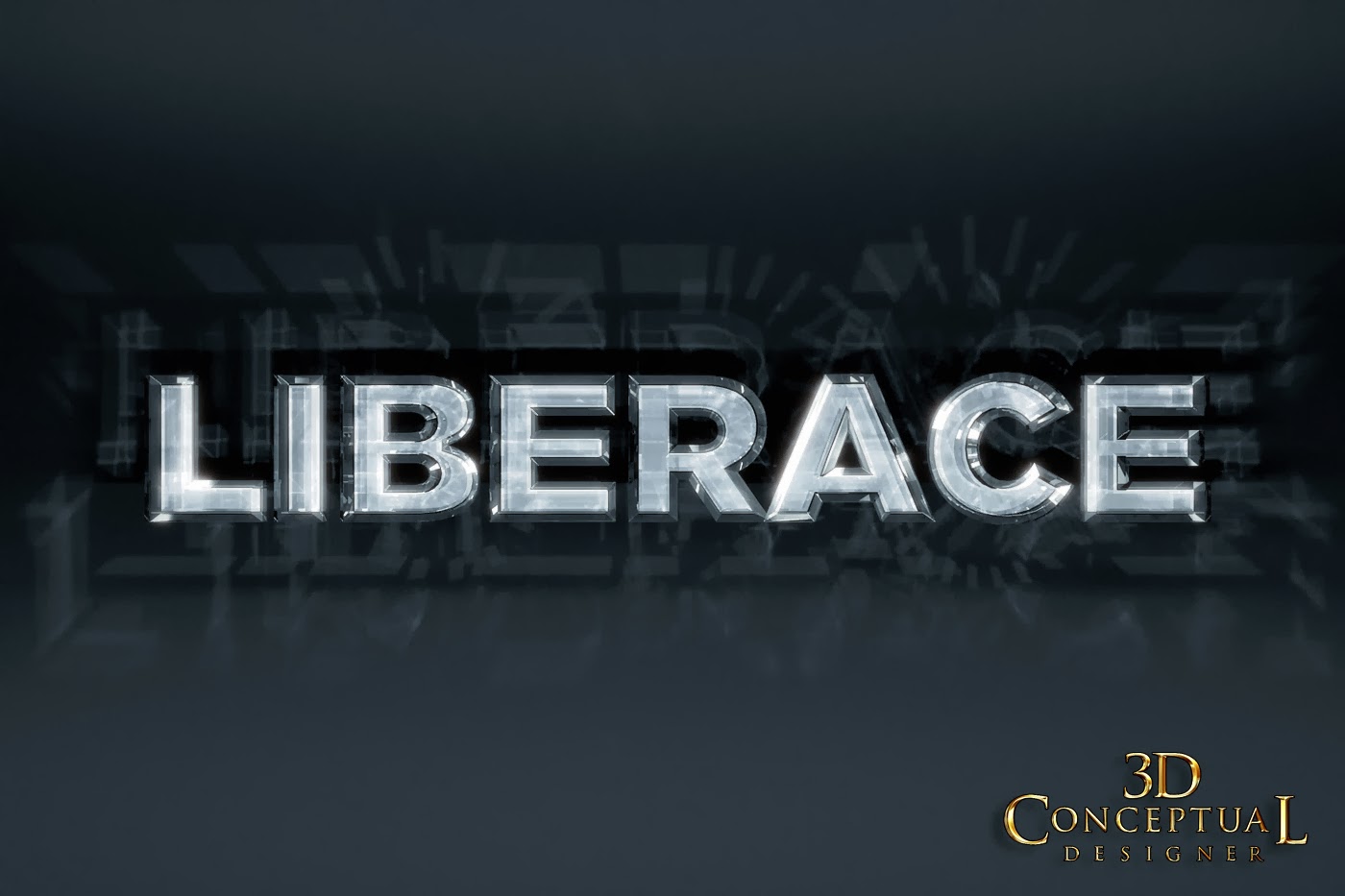 I did some solid crystal version of the logo for the posters using caustics to get all the light play onto the dark background plate.

A quick alt with the light dispersion turned on to get the prismatic effect thru the glass. It was deemed a bit too colorful for use. 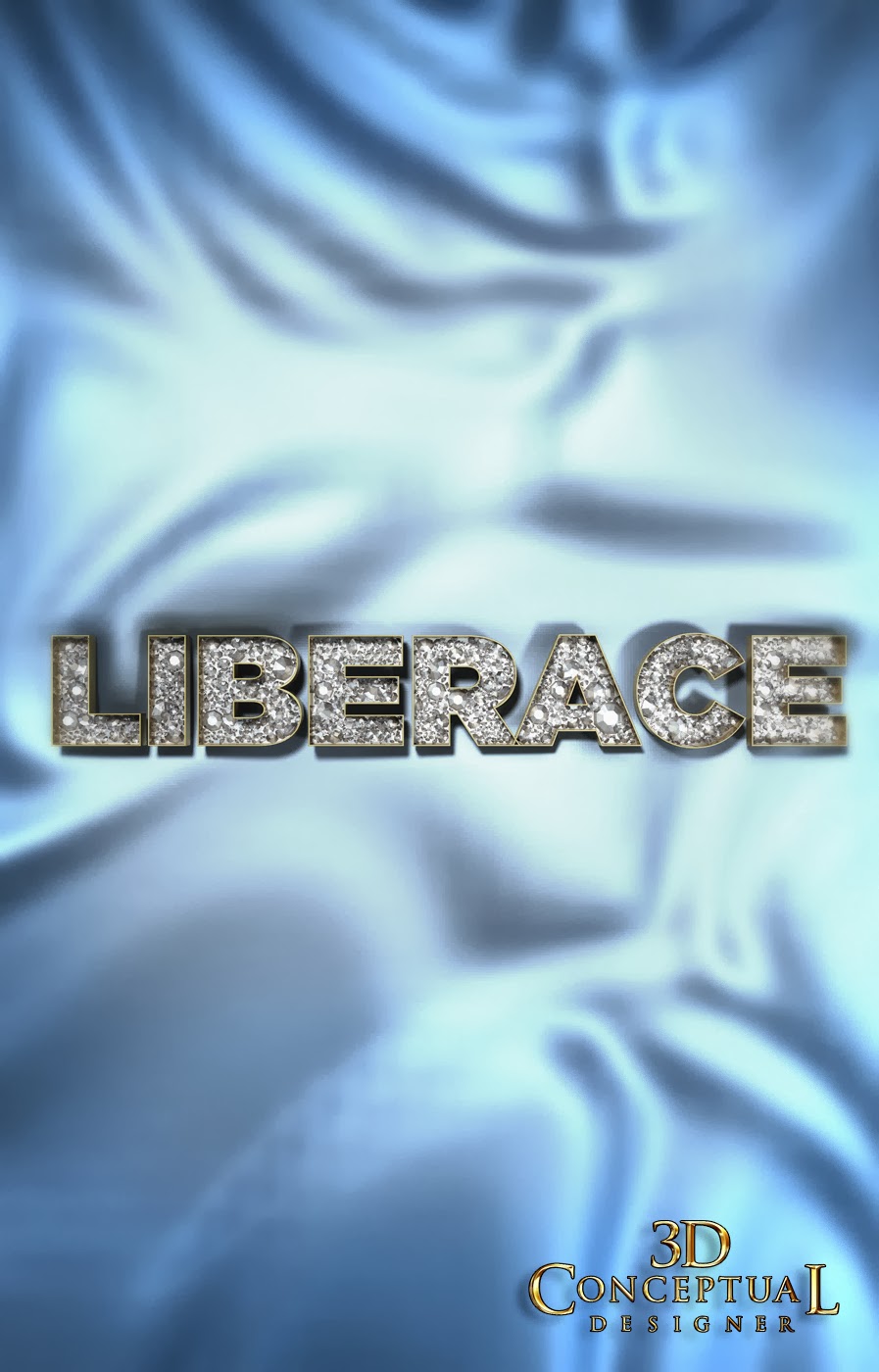 A Ruby red satin bed as the backdrop in this alt. I love the way the colors in the background and the gold letters reflect and reflect thru the various flying diamonds.

A simple white satin version done as well as the final image for the Liberace project called Behind the Candelabra.

The wireframe render showing the build including the satin cloth backdrop.

This polygon render closeup shows the various hand placed gems inside the letter forms for the comps done for the film Behind the Candelabra.

Project Review
Behind the Candelabra[Liberace] 2008
PART II The Crystal Logos.

In the late Fall of 2008 did a pitch for the new Liberace Film being considered, "Behind the Candelabra", and today in PART II I cover the 3D Logos I created for the various comps.

I was asked to do the 3D Logos in glass or crystal with Diamonds to showcase the extravagance associated with the man, so I proceeded to do a series of variations on that theme.

I have done logos in jewels before as I did for the Theatrical Trailers for the film, Mean Girls here, as well as plenty of Solid crystal ones as seen for CNN here, AstroBoy here, Beastly here, Nine here, Monsters vs' Aliens here, STARZ here, United Artists here, Green Hornet here, and Twilight here, so I was off to building the comps.

What I was asked to do as the primary logo was to fill a hollow logo made from gold with various sized diamonds and lay it on some satin cloth. I did a few views as well as a few colors to choose from.

As a back up I did two sold crystal ones as well.

You can view the Grand Baldwin Virtual piano I made in PART I here.