Project Review: Master and Commander:The Far Side of the World- 3D Illustrations for Key Art 2003 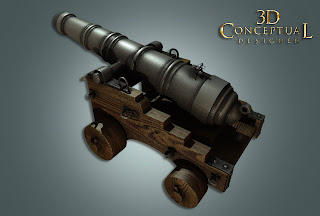 There were a few comps on deck looking down so I did a series of birds eye shots on the cannon model I made for Master and Commander:The Far Side of the World back in 03' 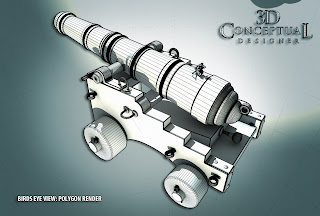 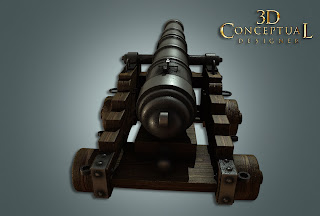 A rear view of the cannon was rendered out for a few comps as well. 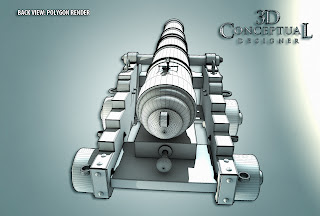 The poly view of the back of the Cannon. 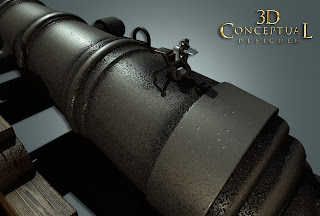 We did some detailed shots of the firing mechanism so I put a good level of detail into the hammer and spring flintlock like tech. So Fun to make! 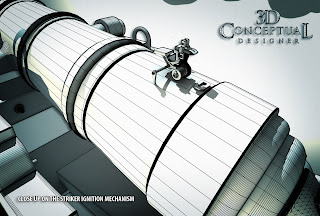 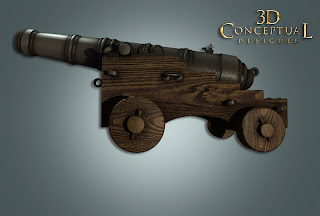 A Side view of the Master and Commander Cannon from the virtual Photoshoot. 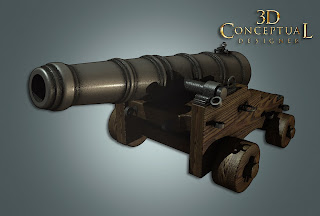 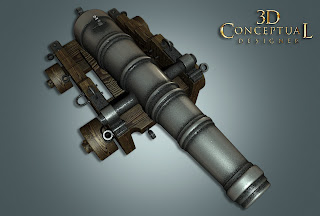 A true birds-eye looking down on deck with the cannon 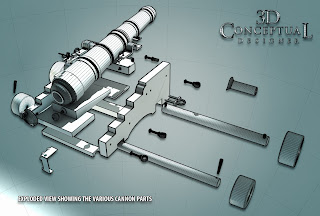 An exploded parts view showing the various pieces and construction for the 3D model.

Project Review
Master and Commander:The Far Side of the World
3D Illustrations for Key Art 2003


When I was in-house in Hollywood running the 3D Design Department at BLT Communication back in 2003, I was regularly utilized in building out virtual props for various Theatrical, Home Entertainment,and Video Game key art, and today I am covering a 3D Cannon I made for the Film Master and Commander: Far Side of the World back in 2003.

BLT used me like a photographer, in that I would shoot virtual shots of various props for comp presentations for key art.

I was a one man show for these illustrations, so I would research, build, texture, light, and finally shoot off a series of 3D Images that the various Art Directors could use in the comps they were pitching for the finish.

I usually had a day or less for these type of things, as the need came up that day, so I had to work very fast. As an artist you always want more time, but in the world of advertising that is not the way it works, where as in film and television production, you get a great deal of time per image.

The cannon you see above was a typical small gig I had on a daily basis, fun and new each day.