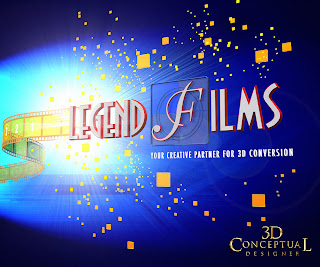 The Blue look is what we hit first with the particle boxes all scatter about with a Sub-Surface translucent glass material shining thru. 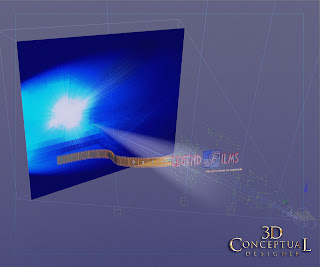 An overall shot of the full 3D layout as seen in this birds eye render. 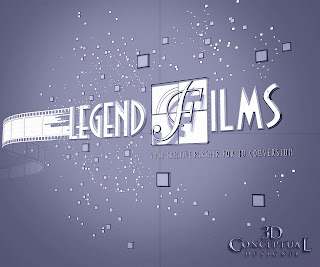 The 3D models I constructed themselves are seen in this polygon render for Legend Films. 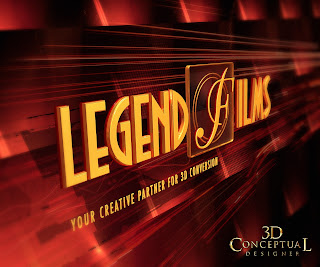 The second comp was the "Red' comp" which was a simplified design using the same provided Logo design from the client. 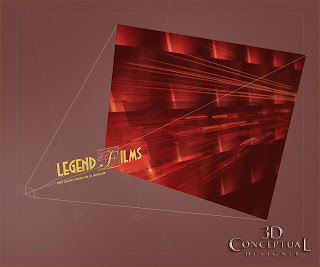 This overall shot shows that it consists of just the logo and the background plate locked to the camera plane. 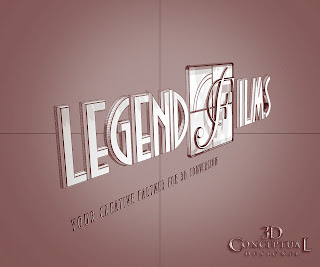 A view of the polygons in the build for this 3D Model of the 3D Logo.


This was one of my last 3D Project that I did while still in-house for the Home Entertainment Division at The Cimarron Group before the 3D Department was closed. I did this back in the summer of 2009, and this was a one day job to translate some 2D looks into full 3D for use in print and Motion Graphics applications for Legend Films a regular client.

I had done a few 3D logos for various projects for the Film company here, and here, but this time we addressed the look of their own 3D mark.

I was given a 2D still for each of the two looks I was to develop in 3D, as well as the illustrator files and proceeded to build out the 3D scenes. We did two looks in a deep blue and a hot red to present. They stayed with the 2D for the final, though the project was beneficial for us all as designers to explore taking 2D into 3D and how exactly that translates in design, time, and budgets.

Cheers, THOM
Posted by 3Dconceptualdesigner at 8:07 AM