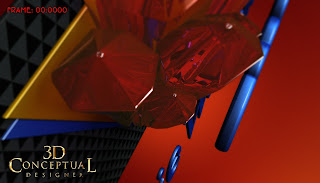 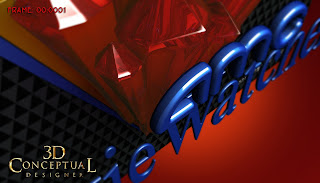 This is a very fast whip pan down so we are at front view in a fraction of a second as frame 0001 shows. 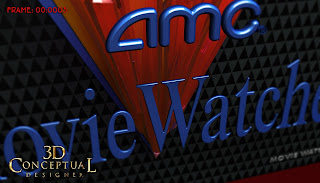 By frame 0003 we are almost at front view, so a typical 6 frame whip pan seat was implemented. 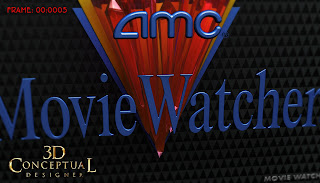 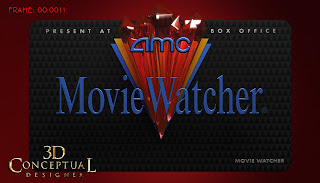 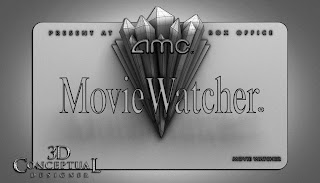 A fast model with little quads besides the jewels themselves. 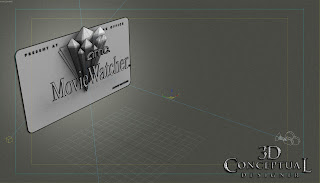 A shot of the simple scene showing the depth I built out the various parts at. This was to be shot as a Stereoscopic, as this was a 3D film, but it was just used in the end for TV spots so it was not needed at 3K in both left and right as originally planned.

Today is my first post from the new Studio Location out in Beautiful Littleton Colorado, and today I cover a Motion Graphics piece I did when I was in-house at the Cimarron Group for the film Arthur and the Invisibles back in2006.

There was an AMC tie-in for the film with the Movie Watchers program, only they wanted to have the ruby's in the graphic be real 3D ones to highlight to 3D in the film it was tied to so I created a multi-plane design emulating the 2D look of the card in the final seated frame of the 3D Animation.

I built it out set up the move , goit an OK from the director and proceeded with a fast 29 frak one second whip pan from the top view to the front with a little drift. A fun fast one day gig, that is typical of my work.