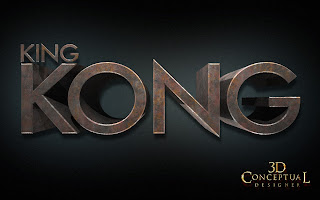 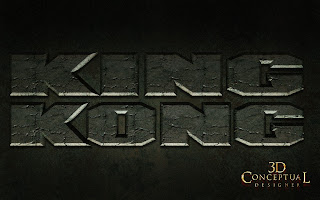 A Displaced 3D Rock logo I designed out for King Kong done in a very dark look, with almost just an edge light. 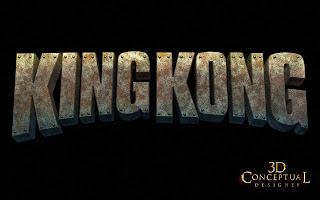 A more heavily rusted procedural texture was used on the logo that is all smoothed without sharp edges[ like X-men] with bolts on the surface and a bit of the ocean color reflecting up to play on the theme of the island he came from.

Metal type sitting on top of a rock pitted surface for this King Kong design with a wide one-line title with a curve and a tilted back camera view. 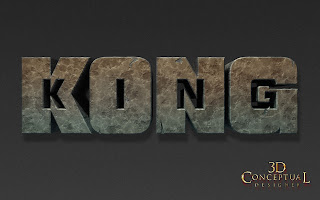 A different lunar texture [procedural] is used on this rock and stone version. I was a fan of the word "King" cut into the word "Kong", and we had a few ideas we worked out on in this way. 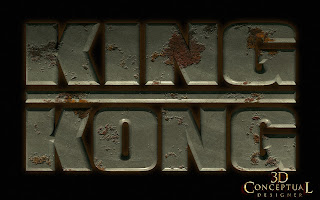 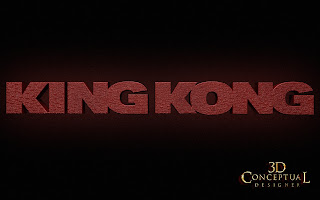 A King Kong 3D Logo with a red organic consistent texture for this one liner.

When I was given a Title at BLT I was given a series of vector files, basic direction, and then I was off to create. It was always a back and fourth process when they suggested looks, and I would as well.

Many clients come with a very specific look they want, and offer no exploration, so I create exactly what they give me, but for others, they will give me room to explore,and BLT was usually the latter, so King Kong was a fun concept to create looks for sure, as I explored a bit.

You car review my older PART I here.
You can view PART II here.