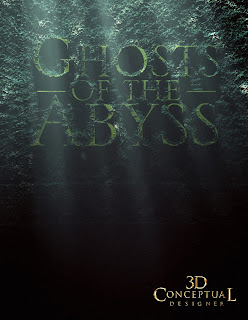 Here is the final delivered cover Key Art shot I delivered for Ghosts of the Abyss back in 03'. 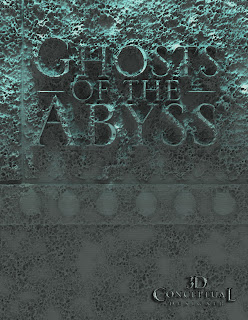 A polygon shot of the above frame shows the density of the displaced mesh. 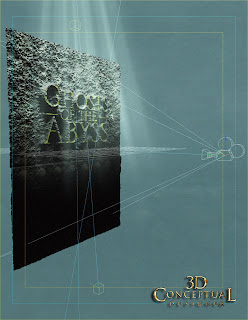 A 3/4 angled shot showing that the scene is really very simple with a single volumetric light from above. 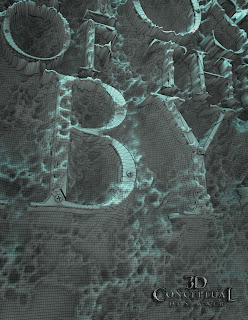 This close up on the quads show the details from the displacement. 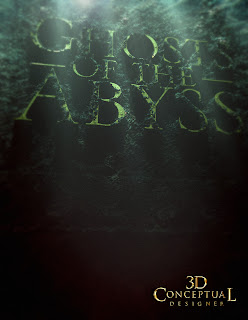 A lowered camera with some depth of field for an alt was produced as well. 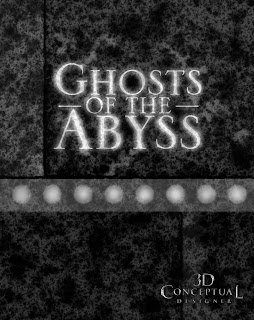 A shot of the custom made bump map I created so that the entire surface with plates and rivets as well as the crust over the brass type would all be a single surface of caked on rusty corrosion.


A very early project for me when I was in-house at The Cimarron Group in December of 03. I was tasked with doing a 3D Pass at the logo from the film Ghost of the Abyss for use on the new DVD packaging for the Home Entertainment Division there, so I got to work.

All the great shots from James Cameron's film showed the deep calcification and rusting in the ruins so I wanted the logo to be peeking out from that type of surface so I did a full 3D displaced surface for the backdrop for the type.

I created a custom displacement map using procedurals as well as the type and added in the rivets and other panels from the Titanic surface.

The file ended up being well over a million faces at render, and at the time took a while to render out a decade back, but the effect worked great.