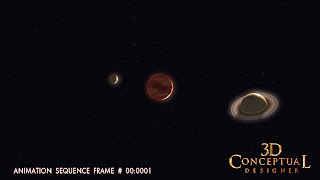 The opening frame from The Simpsons Movie (2007) for a TV Spot where I created a 15 second 3D move thru space. 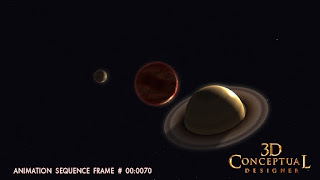 70 frames in we are approaching Saturn as it sweeps camera right to left. 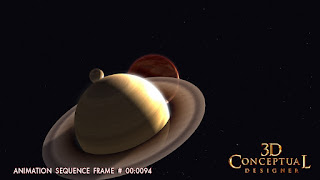 Closer to Saturn in this 3D Animation frame. 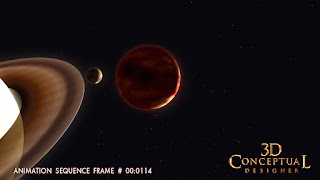 We get a nice crescent edge lighting on Jupiter. 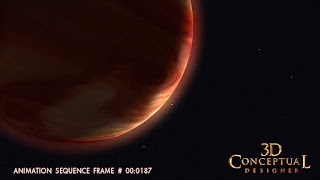 The big planet fills the frame. 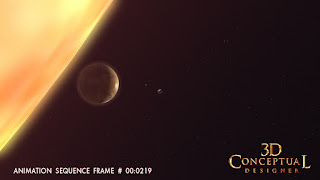 As we sweep by Jupiter, we now see Mars, Earth, and the moon awaiting our journey. 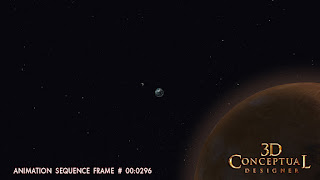 We fly a bit over the top of Mars as it drifts downward in the animation. 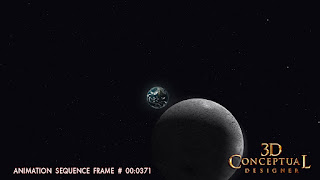 The moon reveals the Blue Marble next our destination. 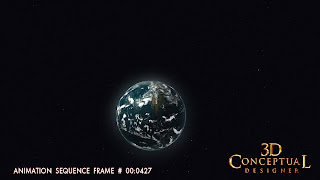 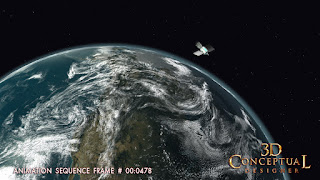 As we close in on Earth, we see the small Satellite arc over the horizon. 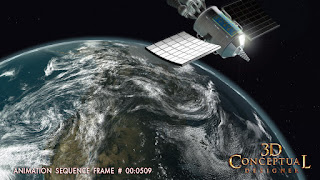 A bit close, can almost read it... 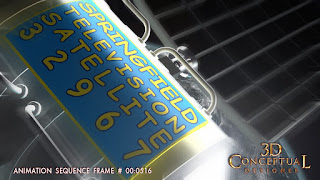 DOUGH!
Here is the last frame in the animation after the satellite has bounced off camera.

Back in 07' I was in-house at The Cimarron Group regularly providing 3D Motion Graphics frames to the division for various TV and Theatrical spots, and I was asked to help out on a large 15 second move for a TV spot for the new Simpsons Movie, so today I am covering this space misdirect.

In advertising they will often ask for a misdirect campaign ad where the ad has nothing to do with the film until a reveal at the end, and in this case they wanted a move thru space ending with the satellite bouncing off camera revealing a Springfield logo on it and we'd slam the Simpsons logo all over the frame to end it.

I had an earth made and ready to go, along with a 3D starfield from FANBOYS here, so I combined all the assets and built high resolution maps for the other planets and mocked up a simple Satellite and set this up.

Final renders were rendered for the spot overnight at the time, and I delivered the piece and it was aired back on TV in 07'.

A fun project and subject matter.