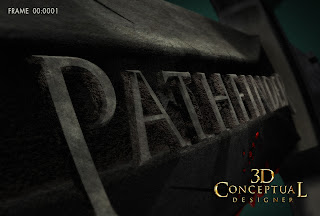 Frame one of the Pathfinder Motion Graphics Title with a bit of blur that whip-pans out in 8 frames with a drift. 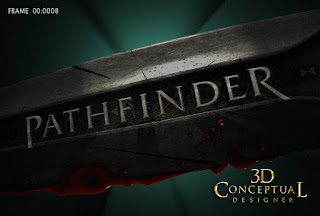 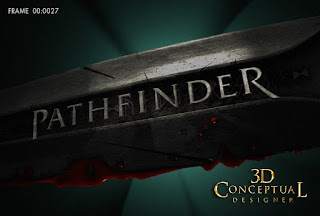 A slow drift around as the camera drops slowly down in frame. 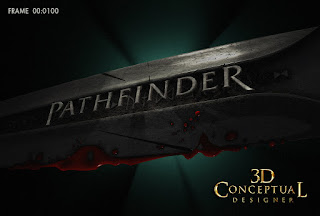 The final seated frame of the piece. 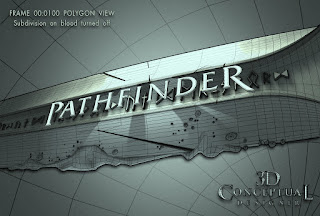 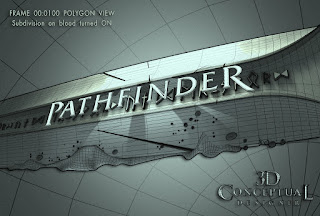 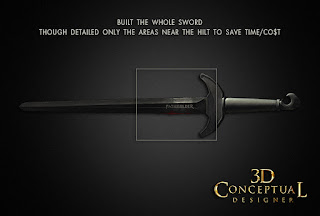 A shot of the whole sword I made in case with our sweep over around it we'd see more, so I built more.

I was asked to create a 3D Animated Motion Graphics Title treatment for the advertising for the film Pathfinder[ 2007] in the winter of 2006 for the Motion Graphics team at The Cimarron Group.

I was given the shots from the film and had to recreate an iconic sword used in the film that they wanted to have the title float over.

I built out the 3D Model, lit and textured it with some damage and cuts to the object, as well as getting to use some sub-surface scattering materials with the drops of blood on the blade.

I rendered out the 100 frame move in HD, and delivered it to the Dept. for the finals, a fun and quick one day project which is typical in how I work with exisiting Motion Graphics teams in that I deliver the RAW 3D renders, ready for them to composite into the After Effects project file one I am done.