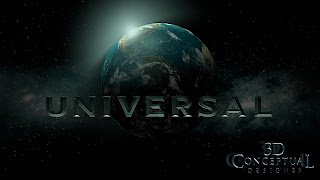 A Single-Point-Beveled type treatment to the existing Copperplate font from the client. 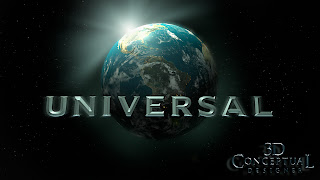 A much brighter version alt on the above scene with more city lights added to the world texture map. 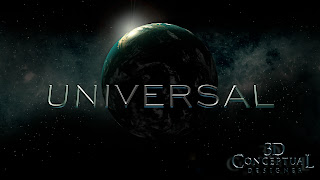 A very thin San serif font with a softer single point bevel done for this version. The earth was fingernail lit to have just the crescent shape on the right top portion of the world. 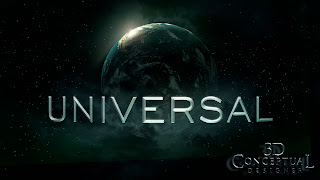 I took the above comp and bent the font back to wrap around the globe a bit more and I brought the camera up closer to center on this style frame I did back in 2010. 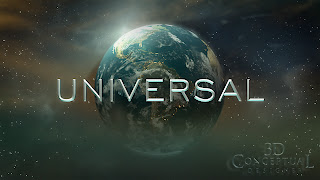 Here is the last image I did showing a lot more of everything as this was the "Bright Comp", since most were more on the dark side.


After I left  The Cimarron Group back in 2009, I had this small half day gig with Concept Arts, a Advertising Agency out in Hollywood, and the job I was tasked with was to do a few style frames for the redesign they were hard at work revising there in-house for Unversal Pictures.

They were really just doing what we call in Car Design a "Face-Lift" since the world with the type wrappped around it was the basic look we could not deviate from.

I had plenty to work with as I could play with a actual font choice, and the way the world was lit, lighting and the depth of space, and all the various details and design pieces were added to a presentation they already had.

It was a fun fast little job, just a half day.