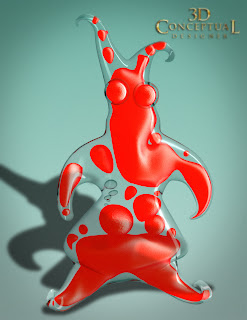 Mr. Hood, is a character designed by Serge Michaels that was a living "Lava-Lamp" 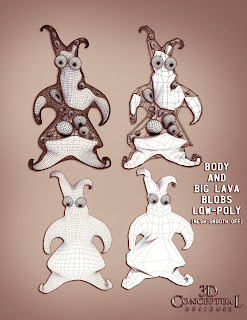 Here you see the model underneath the render with a Sub-D body and main blobs to follow the shapes. 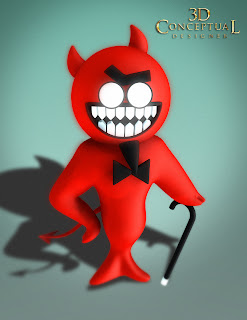 Diablo was the nemesis character in the show, a real little devil. 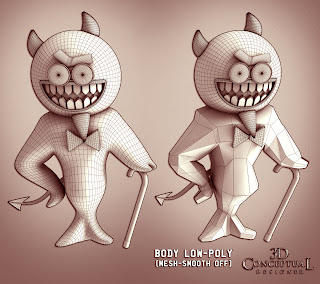 Today he would be 100% sub-D but back in 04" I was just getting into the technique and I did the main body this way. 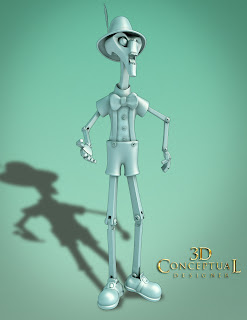 The "Toymaker" was a puppet character that Serge hand painted the final look so I did an ambient pass in a "Primer" type of material that he finished. Here you see I built him at a high rez apart from the clothes and head. 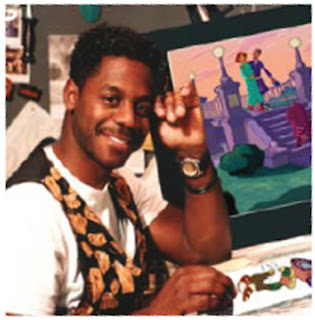 
Back in 2004 I had the pleasure to help out an animation friend of mine, Serge Michaels, with some 3D sculpts of some Characters he designed and pitched in 2D, that he wanted to see what they would look like as 3D Characters.

I met Serge when he was at Disney Feature Animation back in the late 80's when my Art Center roommates worked with him in the Background Layout departments, and I visited them on a regular basis and we all got along swimmingly, but it was not until this fun project that I got to actually work directly with Serge.

I took his concept drawings and fleshed them out in block form first. Once approved I did the color versions and rendered some 3K resolution stills for the presentation. The project did not go anywhere, thought the job was a joy to to, and I will cherish the time I had with Serge.

Mr Hood was the first, a character made out of a Lava Lamp, so he was an animated glass blob filled with glowing moving red "lave" inside. FUN!

I also built out the nemesis, Diablo the devil character in bright RED with bright white teeth and the tie and cane. We had some alts with black hoof feet and hands but we went all red at the end..

And finally the Toymaker was a wooden puppet who was the star of the show. I did hum in grey scale so serge could hand paint the look himself. At the time he wanted this character to be a living brush-stroke feel which is a post effect so a Photoshop or painter illustration would best describes the look from him, so he finished over the top of the render I did. I never got to see the final painting.

Sadly my friend Serge passed away just over two years ago, it was a tremendous loss, but his work lives on, he had an extensive career in Feature animation and Illustration Instruction.