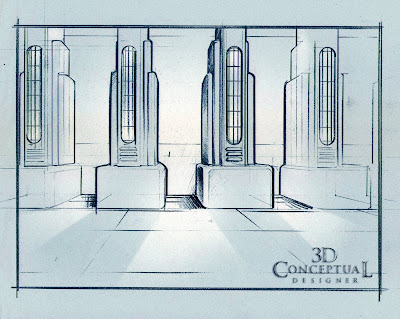 A Liquid filled light up bubbling Deco Column design from early in the project, inspired by Jukebox designs from the 30's. 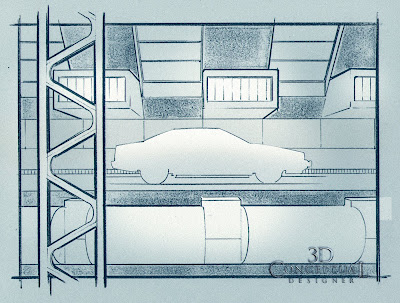 A very simple design look with some truss and pipe elements off the shelf. 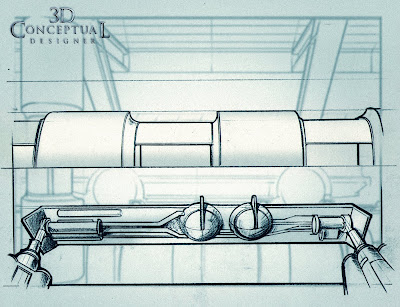 Foreground objects from super simple to very complex were explored during design. 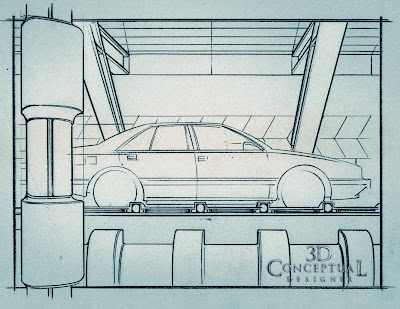 A mock up line drawing with the STS and all the blocked elements in the simple version. 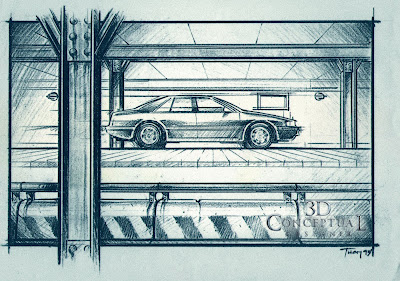 This is the second post on the set design work I did for Robert Blalack's Praxis Film works for Dodge and a few other clients back in the mid 90's in Hollywood. When we did this New Cadillac STS spot, I designed sets that would be built three times: First the full size practical props, second the miniature set used for the tunnel move, and finally the limited CGI[ new] for the effects and set extensions.

Above you will see a bit of exploration in design we did with some stylized deco columns and foreground elements for the look. Some of the Iron beams made it into the final.

It ended up finishing as a miniature shot with some CG effects. FUN!
You can review PART I here.
Cheers, THOM
Posted by 3Dconceptualdesigner at 10:28 AM