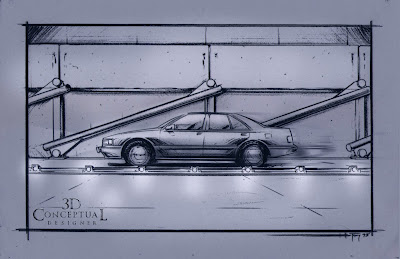 The final Design inspired by Shin Takamatsu's work in Japan. 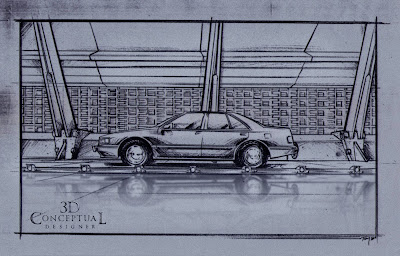 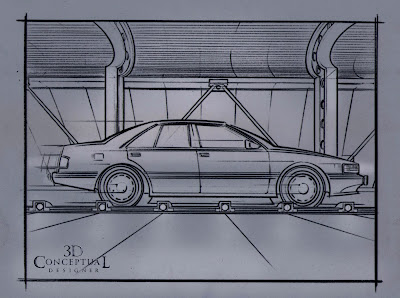 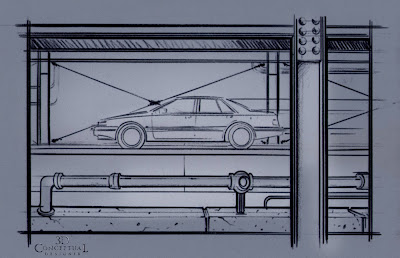 A Foreground interruption item we pass in the spot. 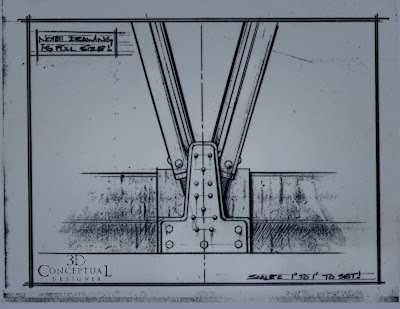 A close up detail on one of the Industrial Post designs. 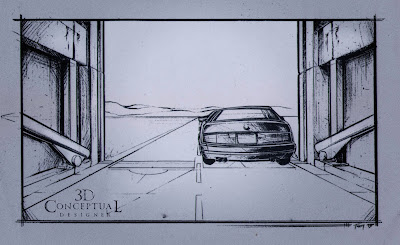 Early in my carer I did set design around town and I ended up doing a lot of car commercials as a Transportation designer from Art Center, the TV automotive world used us since we can sketch cars very well so designing around a car was straight forward over an illustration major.

I had done a few spots for Robert Blalack's Praxis Film works for Dodge and a few other clients when we did this New Cadillac STS spot. I was referred by Michal Stewart from Design Setters, whom I did the Mazda MX-6 spot work for right out of school.

It ended up finishing as a miniature shot with some CG effects. FUN!
Cheers, THOM
Posted by 3Dconceptualdesigner at 11:39 AM