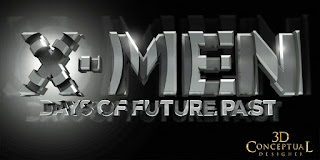 In my 3D Logo exploration back in 2013 for X-Men Days of Future Past, this concentric ring concept was fun direction to explore. 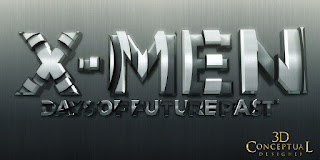 This version had the center on the "X"  in X-Men, radiating outward to the end of this 3D Film title. 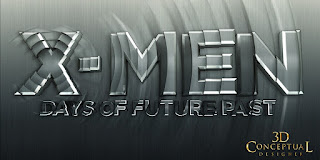 For this round I added some kinetic animated 3D radial-blur as if the type spun down to the still revealed in the print version of the 3D Logo. 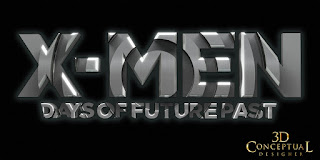 I did a full set with the circles centered in the full title and had a bit more symmetry to the look. I also used multiple metal textures to accentuate the rings a bit. 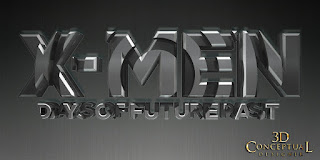 This 3D Title had a 3D brushed metal backdrop behind the 3D Logo for X-Men Days of Future Past. 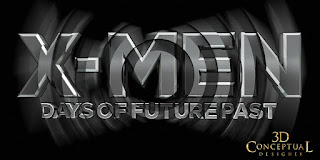 Another 3D Logo for X-Men 4, with the Radial Spin, designed for a living one sheet as well. 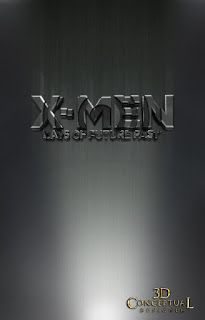 I took the logo and did a full edge to edge 3D render for a teaser title only One-Sheet. 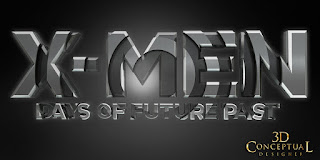 This 3D Logo got a bit of volumetric back lighting centered on the concentric  circles in the chopped up 3D Font. 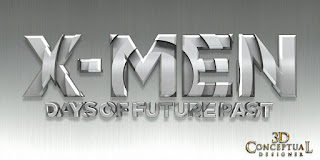 I still did some 'bright-on-bright' looks too, but stayed withing the original darker looks for most of the work.

I did experiment with the concentric cutting on the Big X mark as well this was the top lit brighter version.

Here is the alternating ring and darker version of that Big X-Men X Icon in 3D brushed Metal.


Today in PART II in my series of 3D Logo explorations for X-Men Days of Future Past back in 2013 I am covering a fun concept that graphically  broke up the text into rings. I am very familiar with the franchise as I worked on most of the prior X-Men films, from X-Men 2, X-Men 3, and X-Men 4:First Class, and I ended up and finished the X-Men 2 logo as well as the X-Men 3 ones in the past, so I took the full final title layout and created a sereis of looks with the style.

It has been popular to cut and slide type for a while in 2D, and I have done this in 3D as well as seen here for the first Wolverine spin of X-Men film, and on Blood Diamond here, and here on, A Perfect Getaway,


This  4th X-Men film deals with time travel, so they wanted something graphic to show this and time-ripples were a direction they wanted to visualize so I went with a pond-ripple effect by cutting the type in the concentric rings that I bumped, slip and dragged around in 3D space top show a break[ in time].

I will have another PART III posting for this X-Men work I did in the future, so please enjoy the post.
You can review PART I here.