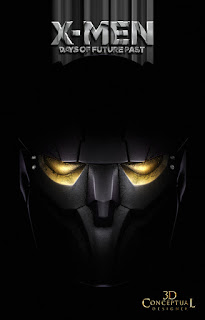 The first 3D render done for the placeholder Sentinel for the Comp presentation for X-Men Days of Future Past. This Key Art Comp was done in the Summer of 2013. 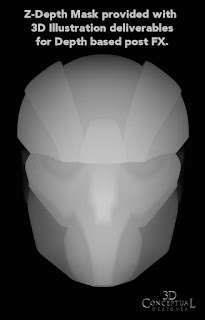 Each 3D Illustration I deliver comes with a Z-Depth s mask for depth based post FX for the CD's and AD's using it. 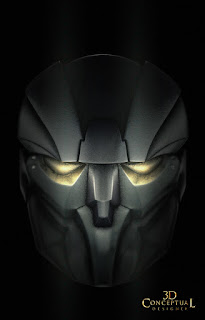 I did a dark and bright pass for each camera angle delivered for the X-Men Sentinel. 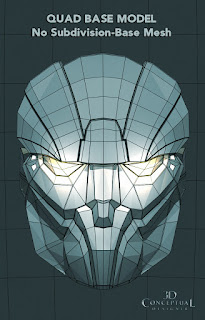 Here is the Quad Sub-D base mesh I designed in 3D for the placeholder. 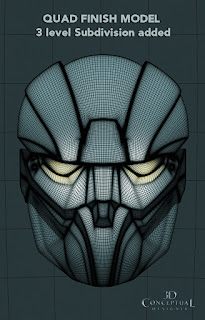 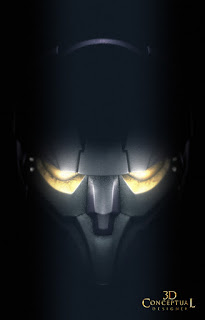 For a more menacing feel you raise the camera-up, so they are looking over the eyebrow area so this is V2 for X-Men Days of Future Past. 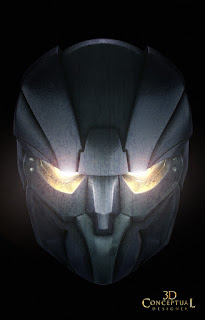 The brighter pass on the placeholder Sentinel in view two[ V2] for X-Men. 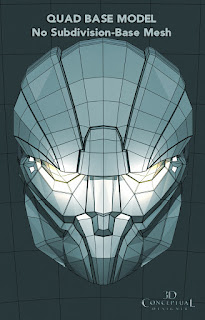 The Base 3D Mesh for the Sentinel Head from X-Man. 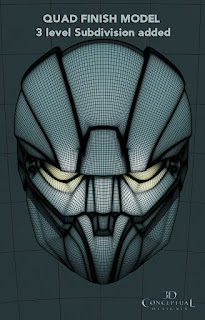 The Sub-D mesh of the Sentinel. 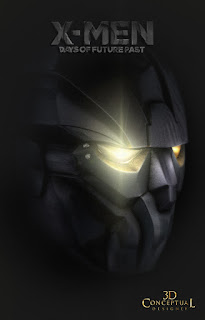 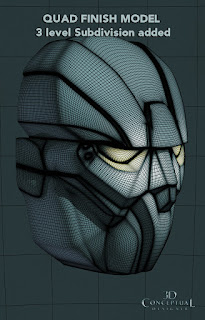 Final Sub-D Mesh of the Sentinel. 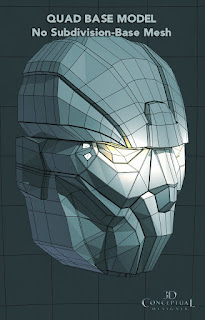 Here is the base model I built for all X-Men Sentinel comps.


Today is the final installment in my series of 3D Illustration work I did for X-Men Days of Future Past back in 2013. Today in PART III, I am covering a piece of place-holder art for teasers.

Placeholder Art is used to accurately convey an idea, when a final asset is not designed yet, and at the time I was doing this back in 2013, the final Sentinel design was not accessible to the vendors so I had to rely on a few Comic Book images to go with for this piece.

Place holders are used to sell the idea and be replaced with the film asset if approved. I have both designed many robots in the past, and modeled them in 3D,  so I was able to get this done in a quick longer-one-day [12 hrs] gig.

I'm familiar with the franchise as I worked on most of the prior X-Men films, from X-Men 2, X-Men 3, and X-Men 4:First Class, and I also ended up and finished the X-Men 2 logo as well as the X-Men 3 ones.

This 4th X-Men film, deals with the Sentinels who were created to destroy the X-men so they wanted some Dark comps with the main mask and eyes in it. I did two main views with an ALT for the third 3D Illustration,  a 3/4 side shot at the end.