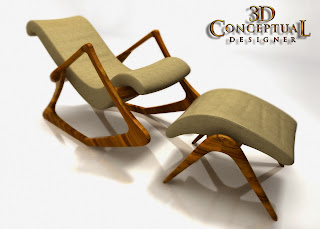 The final delivered prop of this Mid-Century Modern Kagen Chair and Ottoman. 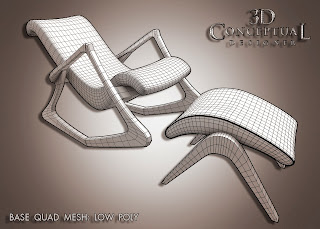 The base Poly Mesh build of the model built in 3DSmax 2013. 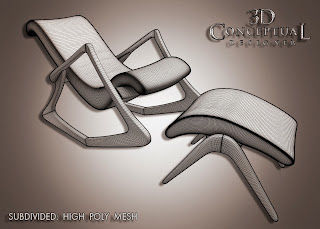 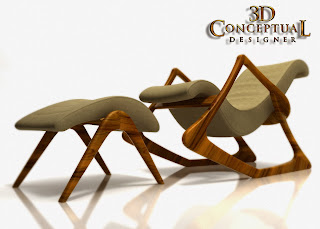 A Low front angle on the pieces showing the underframe pieces. a full 360 degree build out. 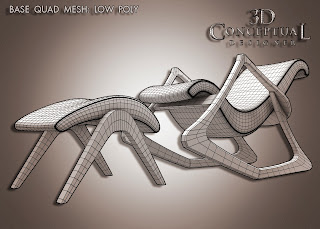 The Low Poly base build without any Sub-D added. 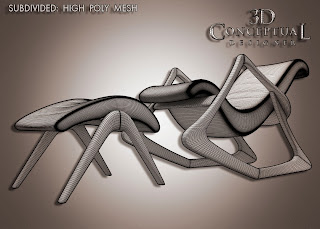 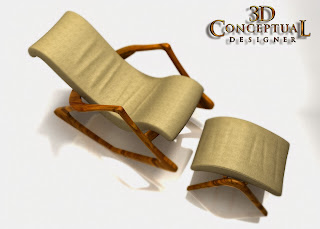 A birds eye overhead on this virtual furniture build. 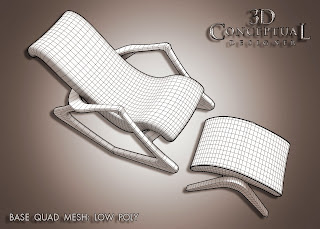 The base Quad 3D Model 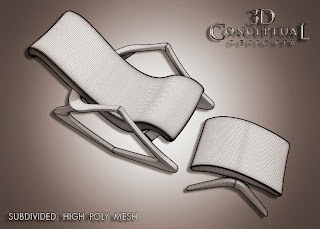 Polygon subdivision is added to smooth it out and increase the detail levels. 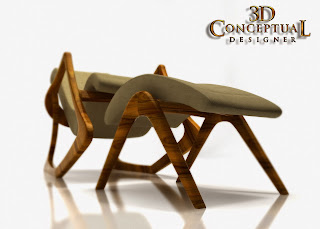 This ultra Low Camera angle on this 3D furniture shows the underside details. 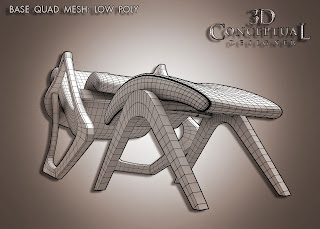 The Polygon render of the base build at that ultra-low camera view. 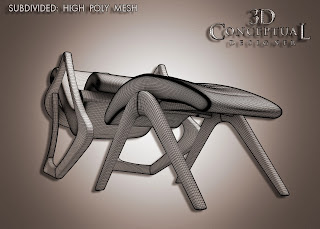 Subdivided the final model is ready to texture. 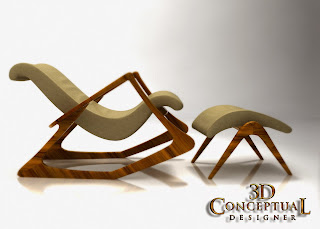 A Side view of the pair of furniture pieces. 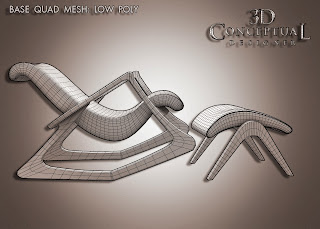 Base build in Low Poly. 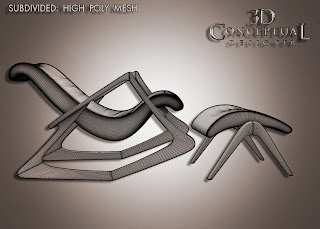 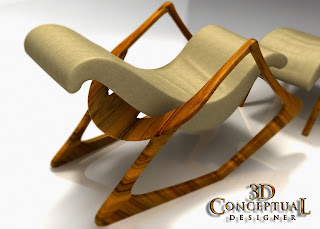 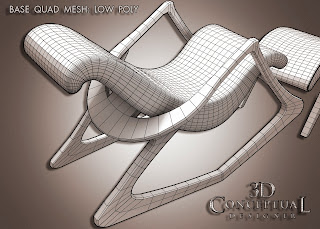 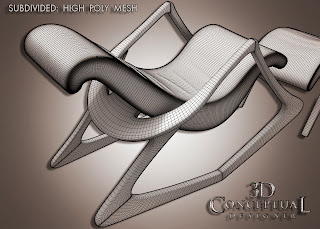 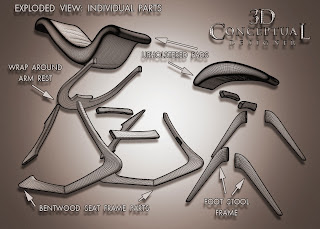 A view of the Kagen Chair exploded out into the individual parts made in the build.


I was contracted by an architectural firm out in NYC to assist in building out some vintage 3D furniture as well as various props for the rooms to bring a level of realism to them, and today I have a fun Mid Century Modern piece to review.

In this PART IV, I have recreated a virtual version of an MCM[Mid-Century-Modern] Kagen Chair and Ottoman. I was given a photo of the exact model to re-create in 3D and built it out so that the client could drop it into the Architectural visualizations for this client.

Like the rest, I only was delivering a 3D model mesh to the client. I do a test image to test the surfaces as seen above, but the model itself is the deliverable in 3DSmax , FBX, and OBJ.

I can design, build, and render out, or do any one of these steps for my clients, so I get a range of projects from Architectural and Interior Design clients for Corporate, Retail, Theme Park, as well as here for residential.