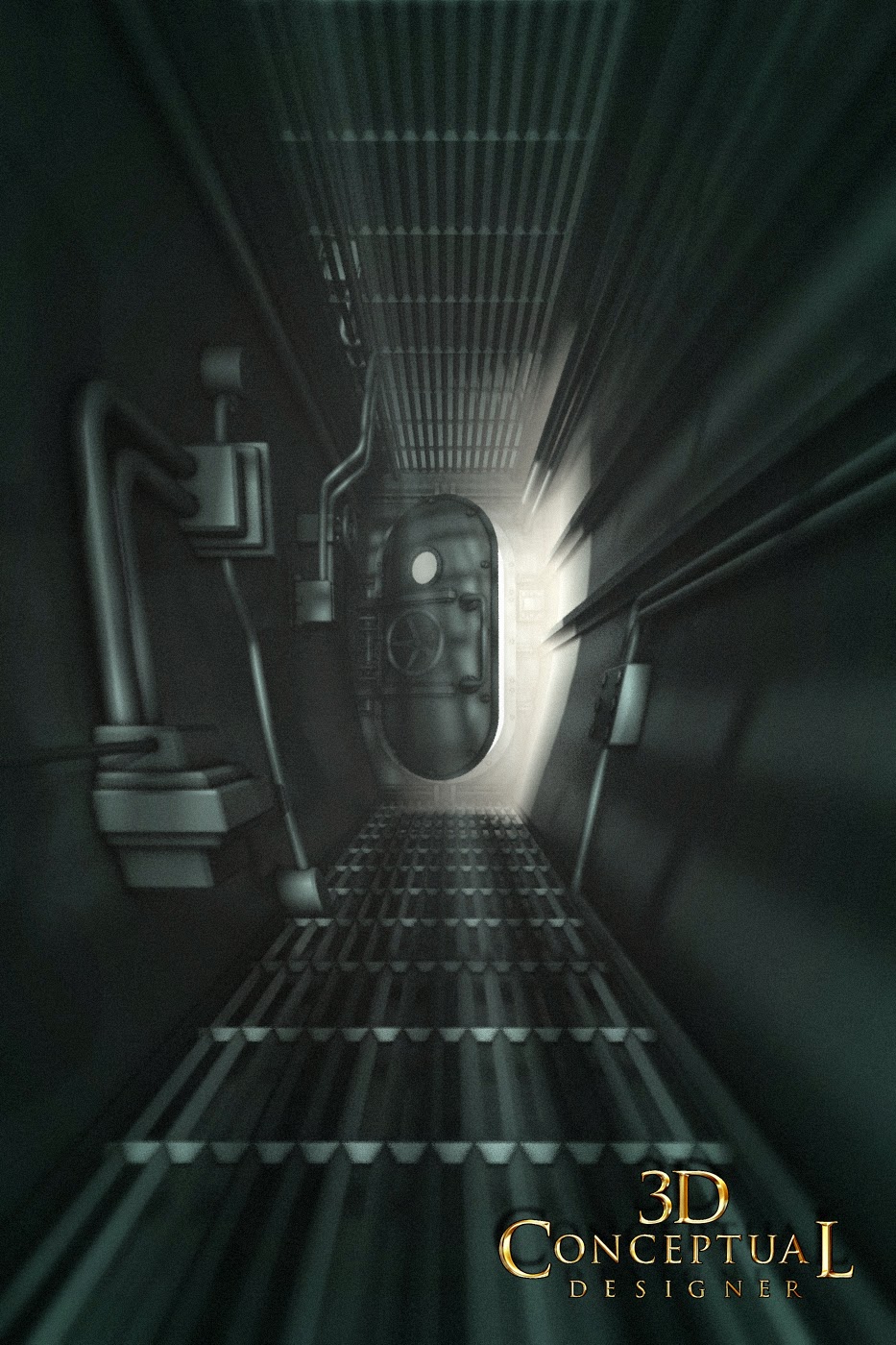 The final Image rendered and used in the Key Art packaging for the DVD release of the horror film Below back in 2002. This was my first GI[ global-Illumination ] finished image. 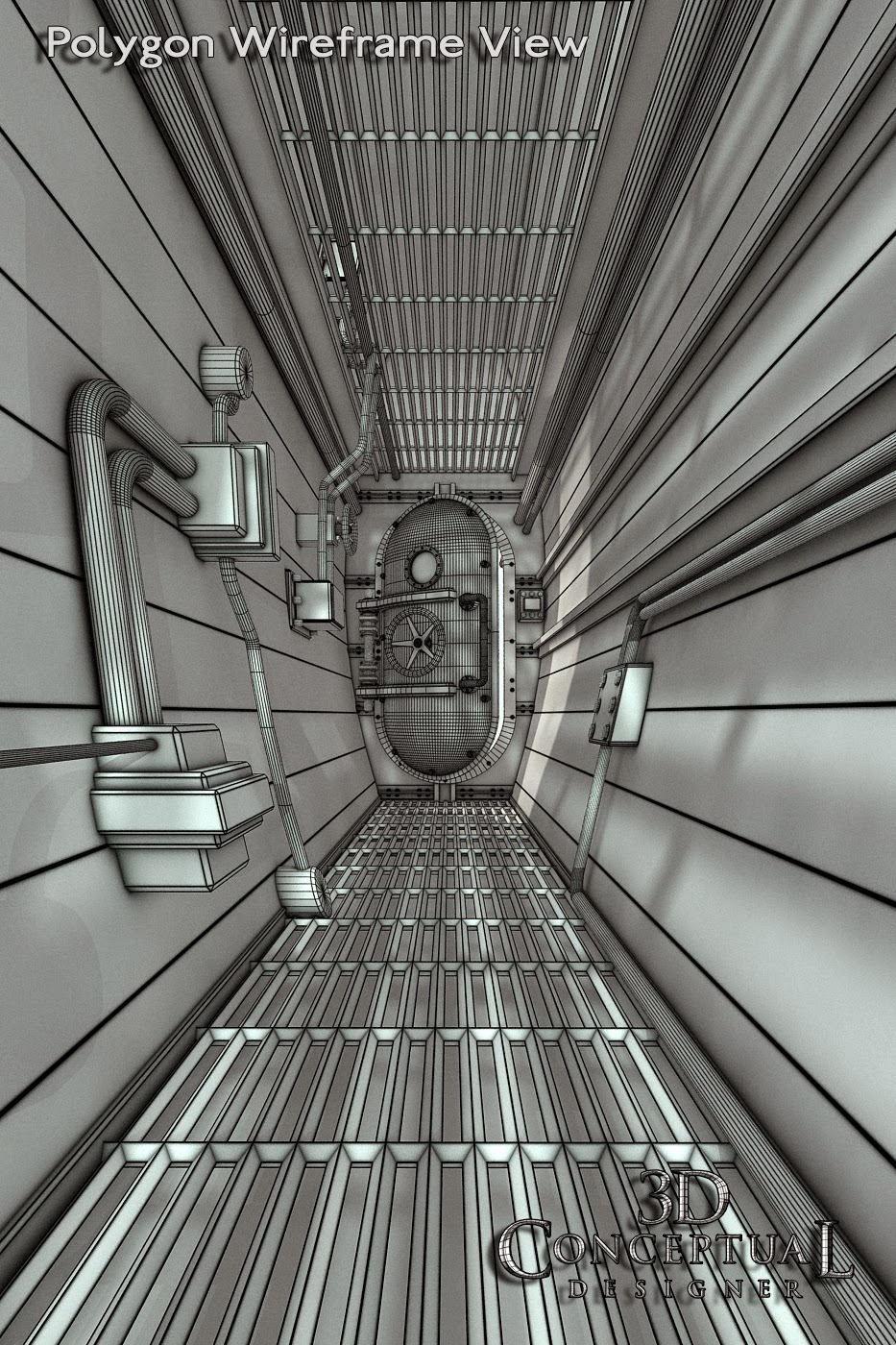 A Polygon render shows the simple build out done for speed as there are no subdivision parts in this build. 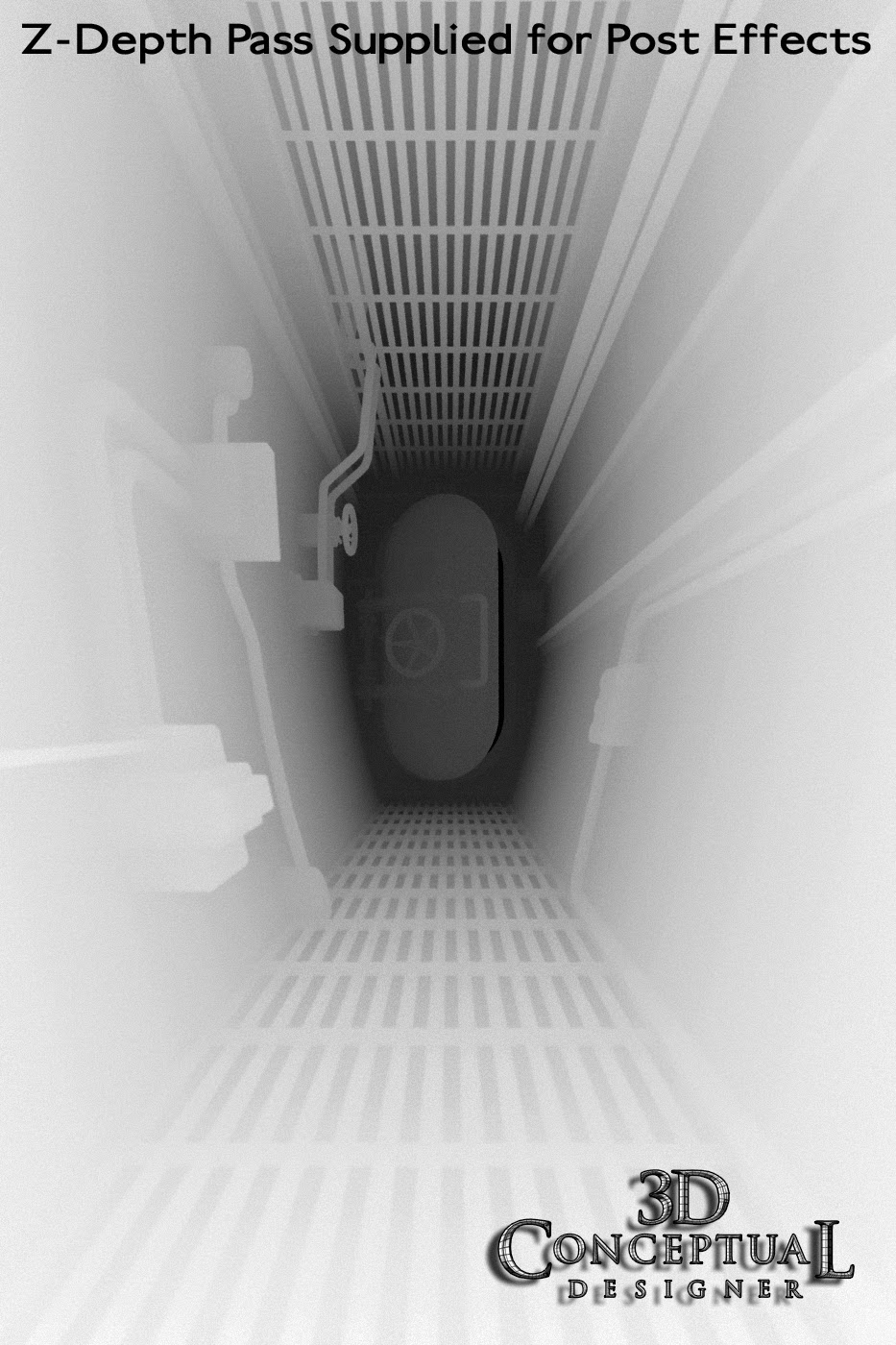 I almost always will provide a Z-Depth mask to the Art Director so they can control the distance based edits in post with a 3D mask. 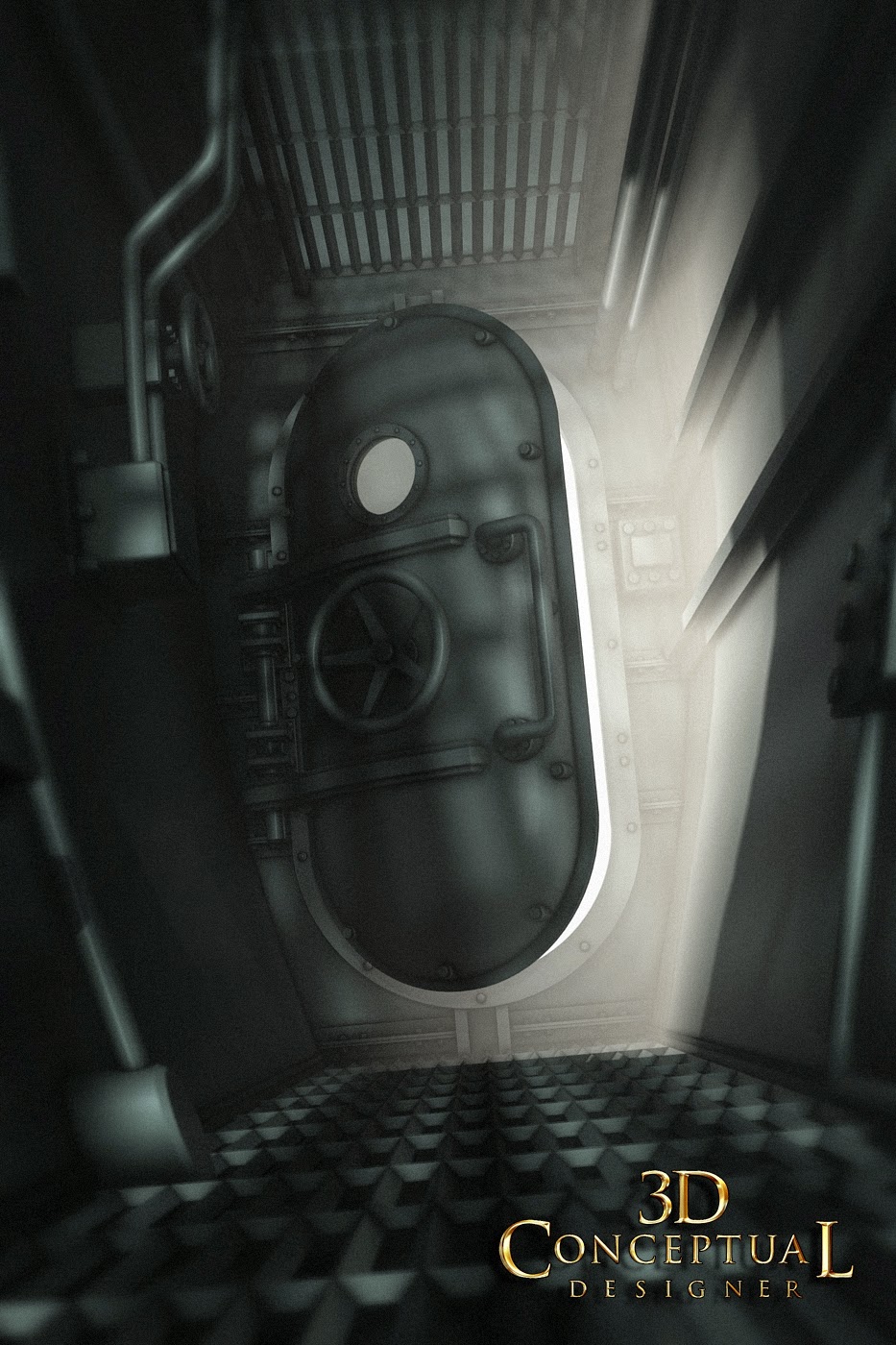 I did do one alt which was a close up shot with a much shorter lens so the hallway was deemed too short in this shot. 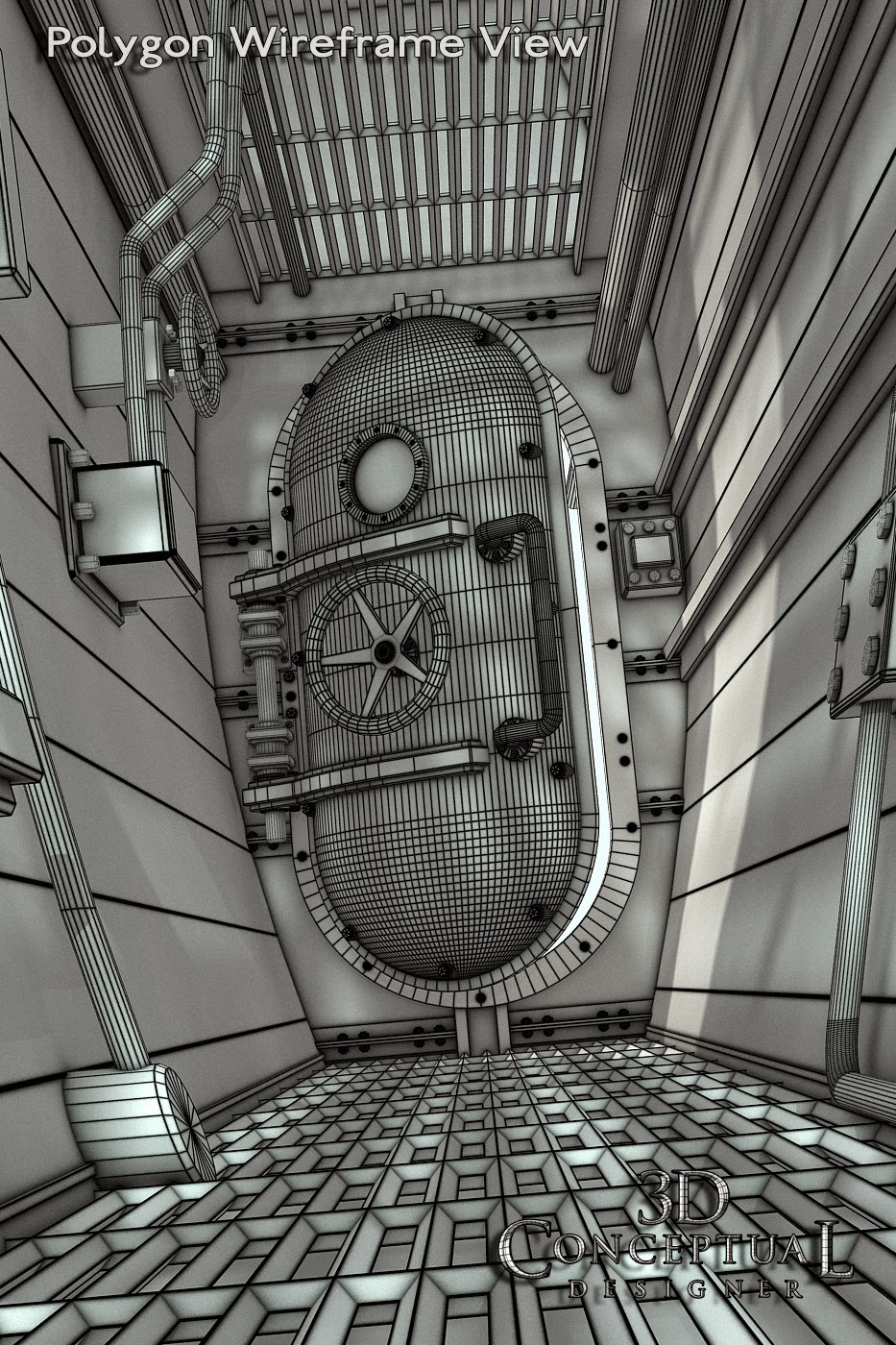 The close up on the end of the hallway door in polygon view showing my build details. All built from scratch as usual. 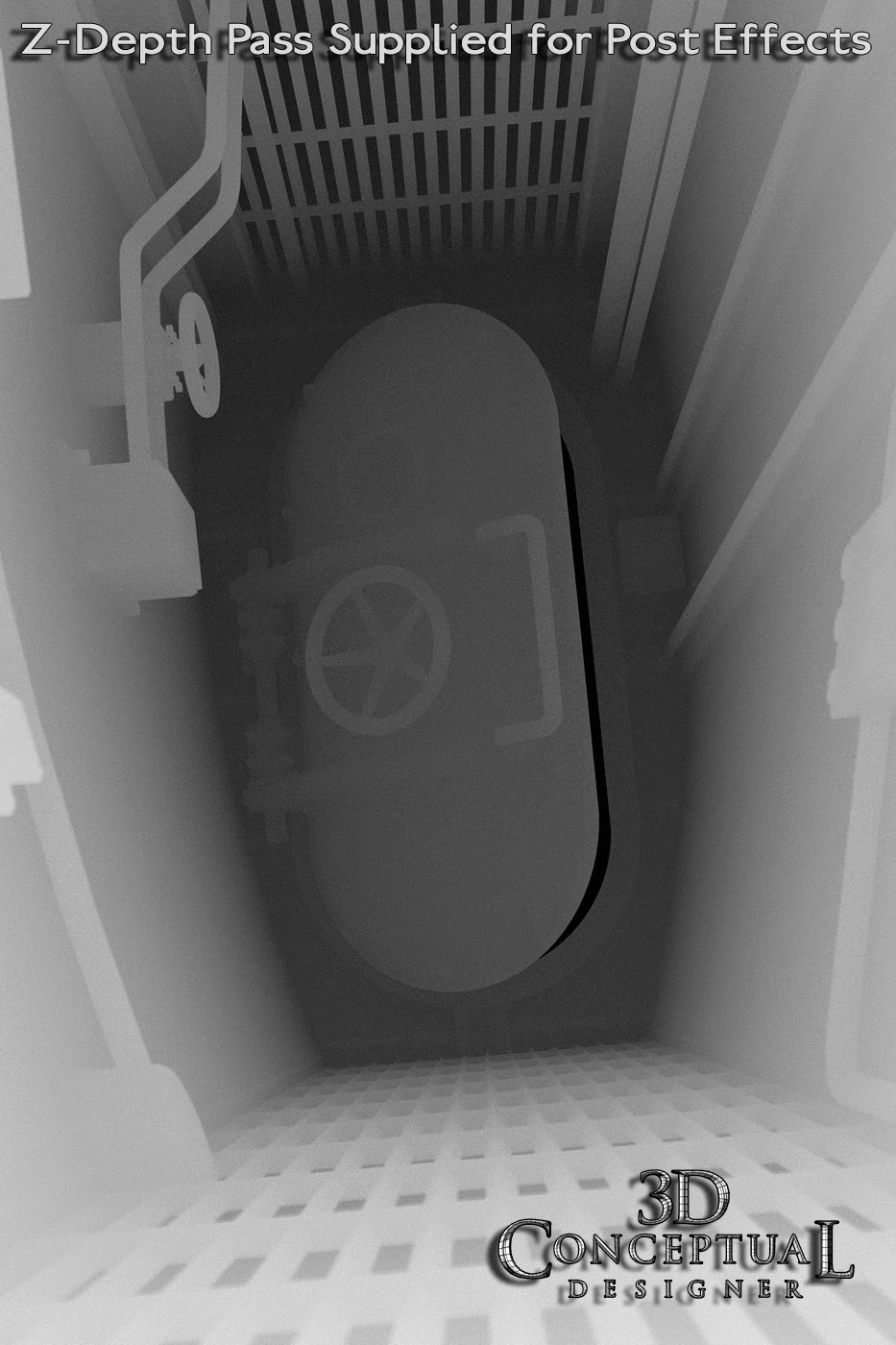 The Z-Depth fir this alt shot as well was done @ rendertime. 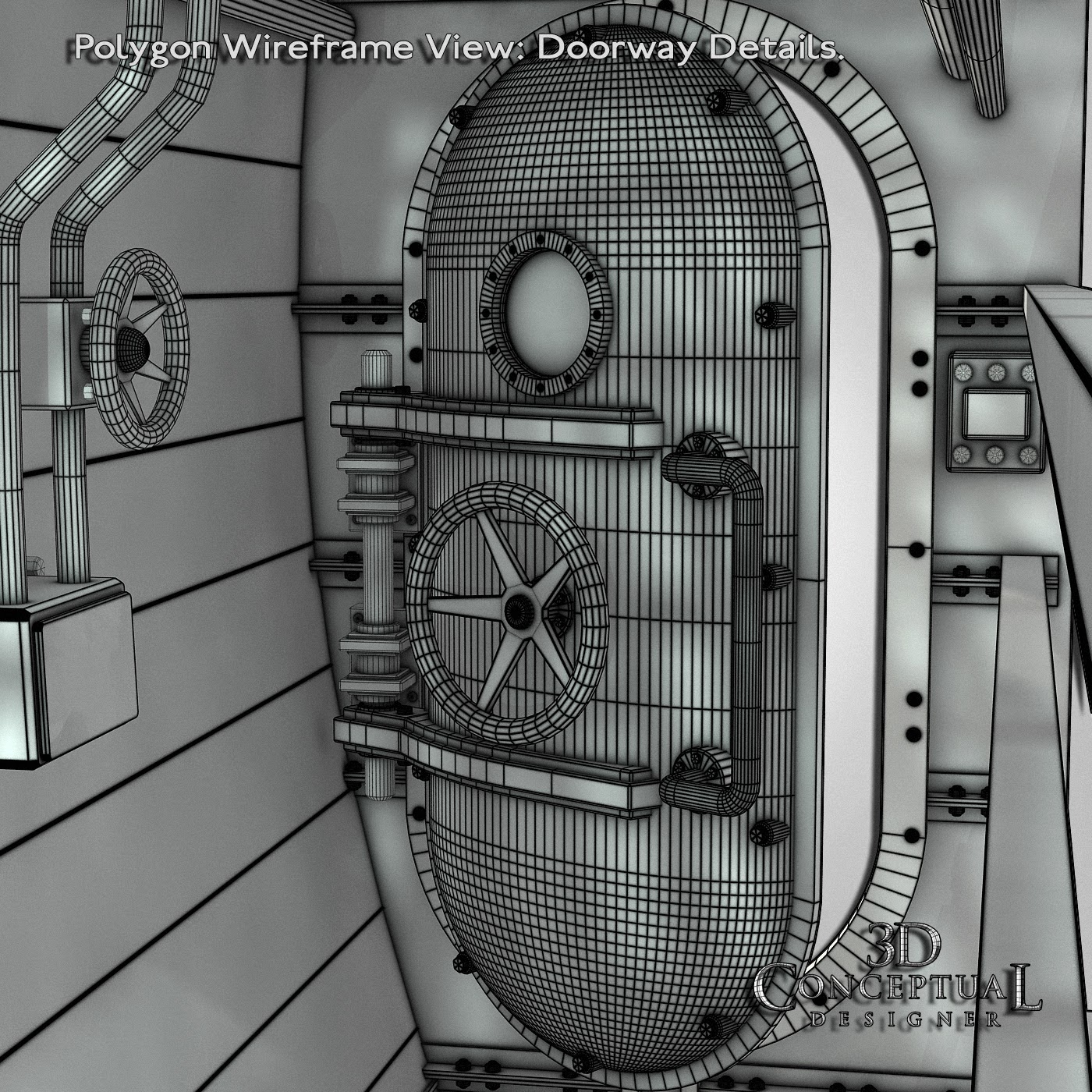 The door itself in detail. 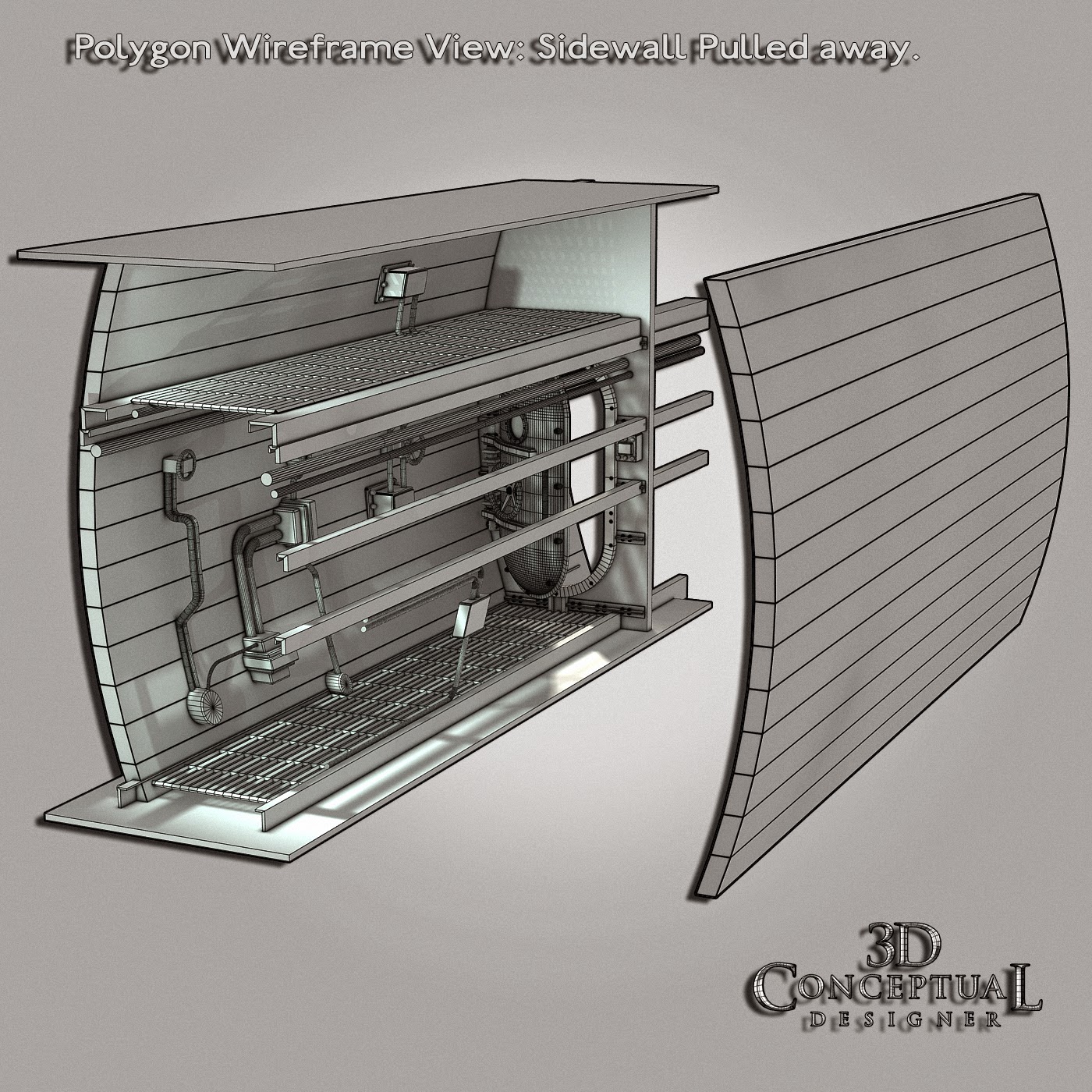 The hallway was rather short and the long feeling was achieved via the camera used [15mm]. A view inside the hall on the left side wall. I curved the walls to add dynamics to the lighting, as a curve is a much better surface to get light movement on than a flat one.


This is my third post here covering the 3D illustration work that I did that was used in the final Key Art for the film Below, back in 2001, over a decade back now, and today I am going in depth on a piece that was done for the DVD packaging after the Theatrical release was in the bag.

This was an extension of one of my first 3D Illustrations I did for BLT back in 2001 of a subway door, and I basically built out a full hallway and experimented with the then brand new Global Illumination[GI] engine from Final Render on this three wall set, and this became my first GI finish image.

I rendered out the final and we photographed an AE executive for the final package as seen here.