A final Frame with the Post-FX work done in Photoshop to develop a style frame. 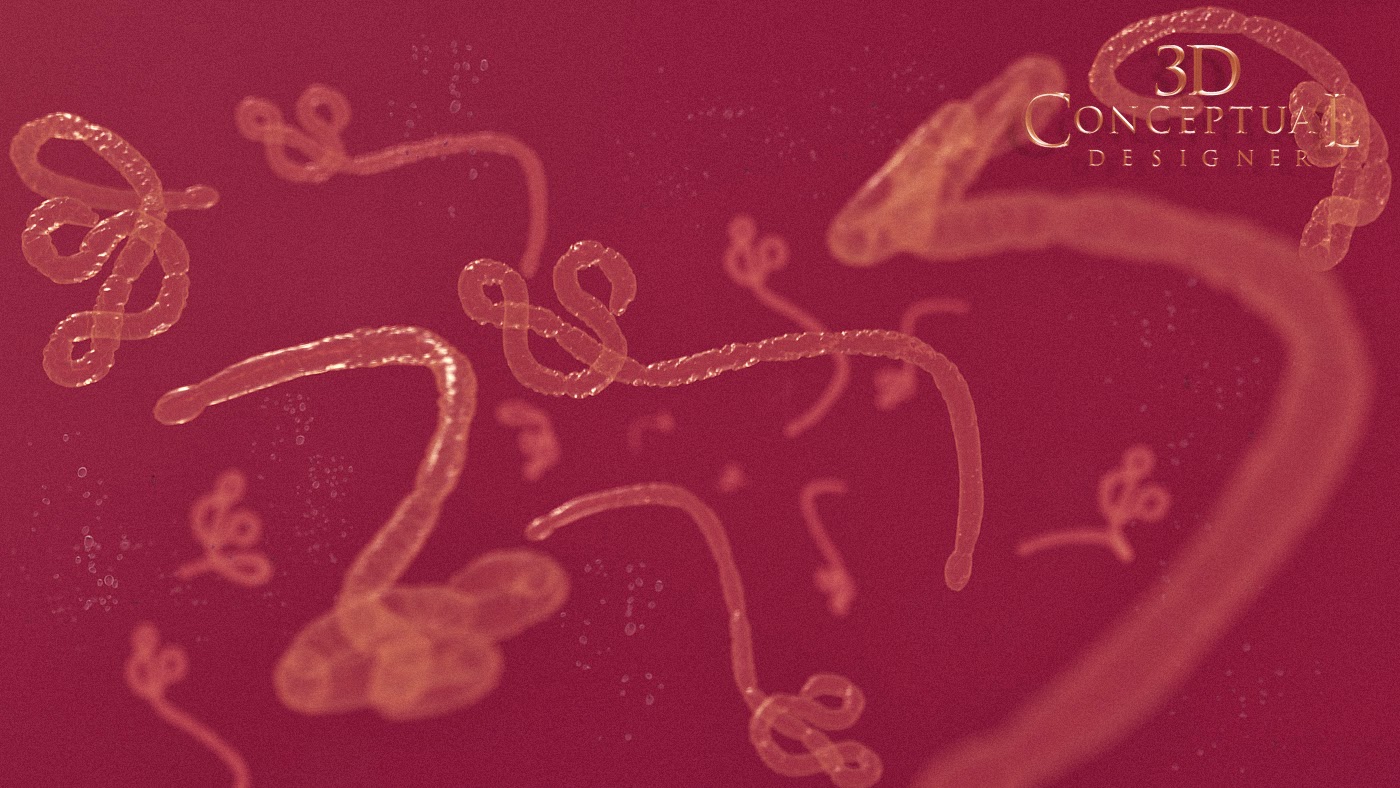 I rendered the shot at various depth of field setting by adjusting the camera target for the area I wanted 'In focus". 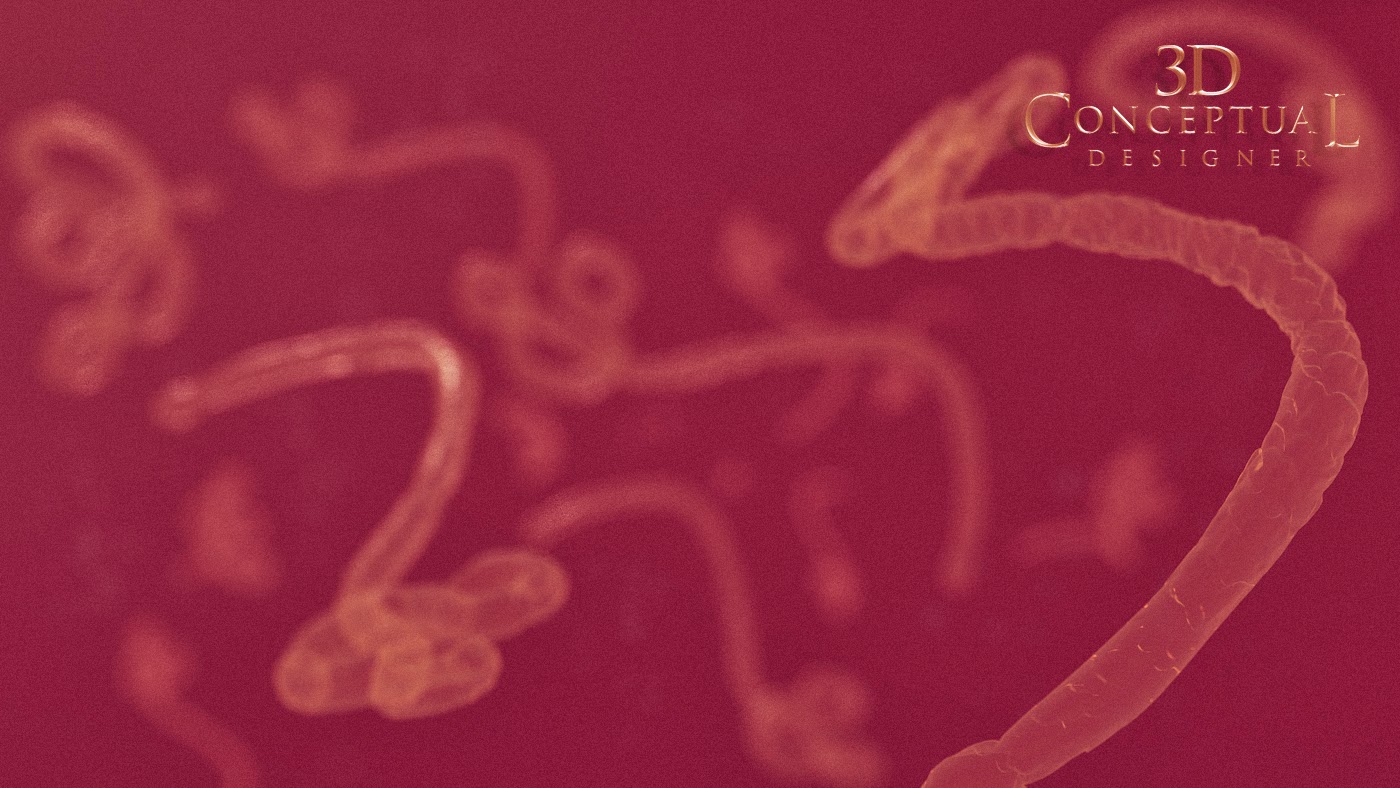 An alternate has the target closer to camera so the right side 3D render of the Ebola viruys is more in focus. 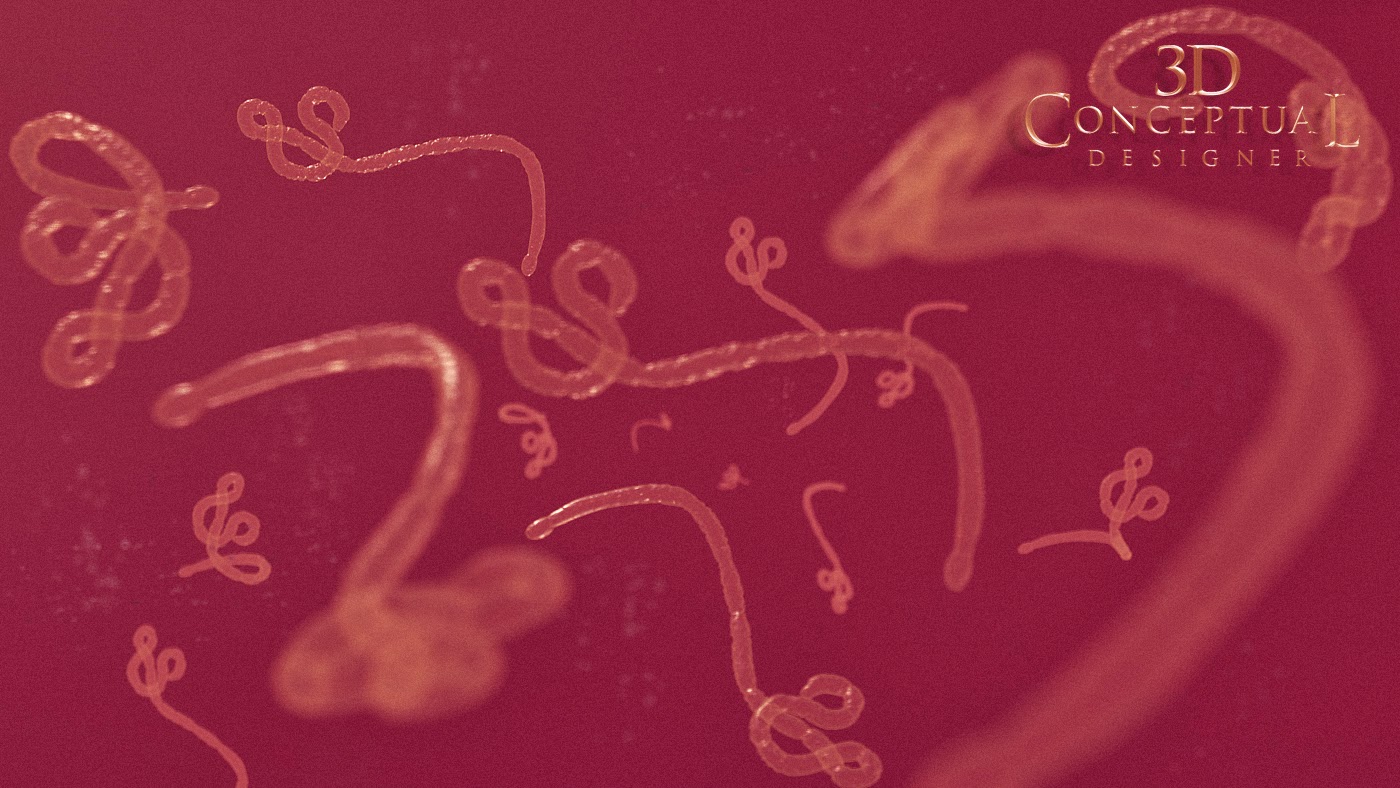 Animating the DOF[ Depth-of-Filed] is a great simple focusing look for a moving image in this look. 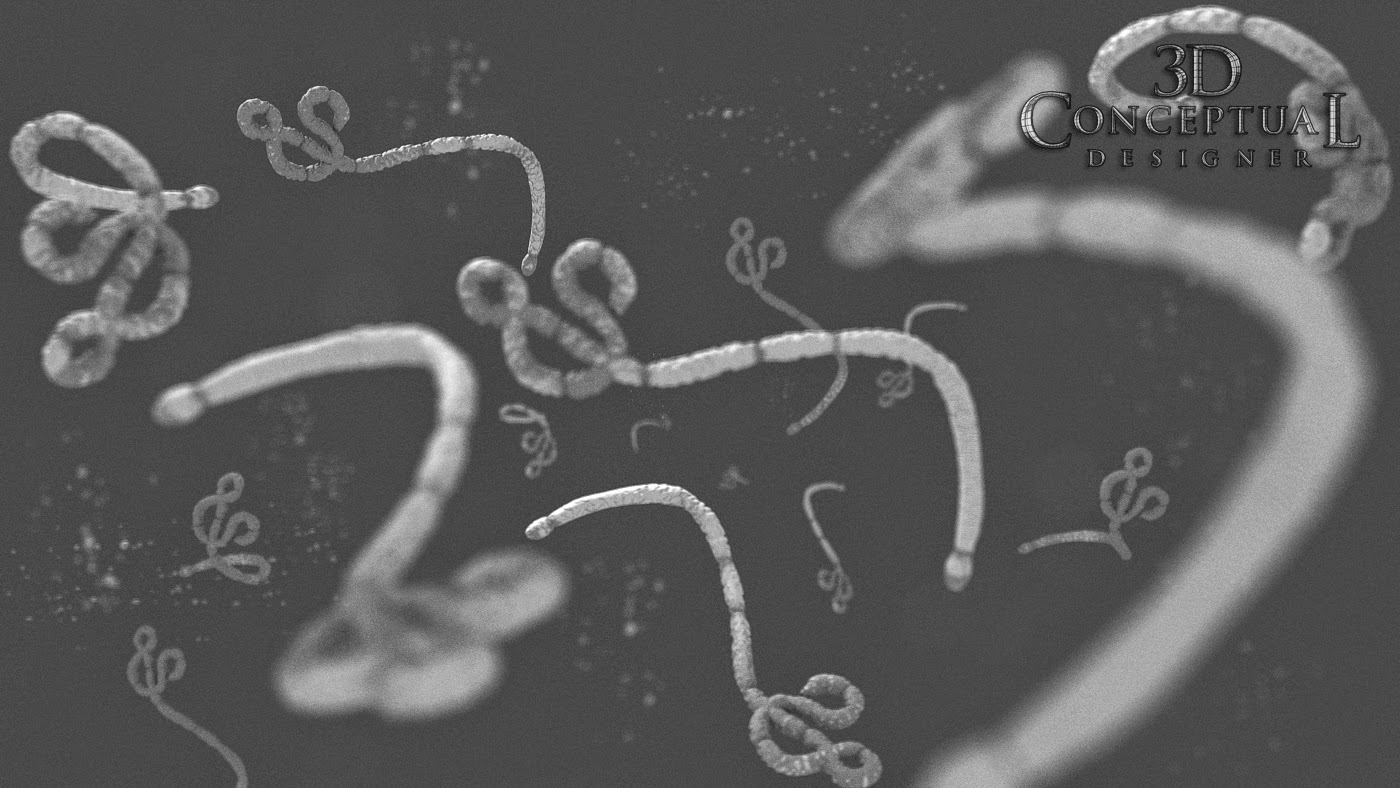 A Black and white version. 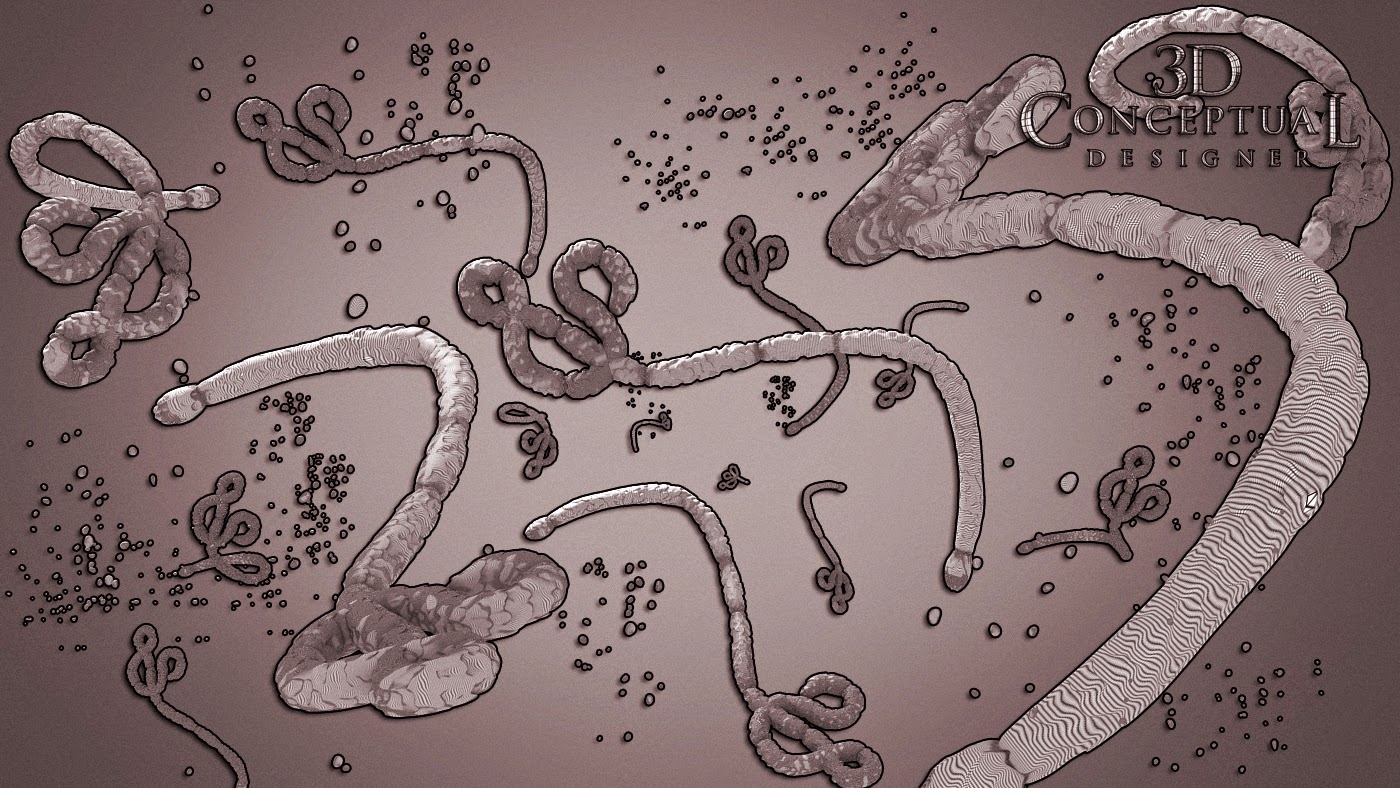 The final image in High rez showing the 3D build out of the virus. 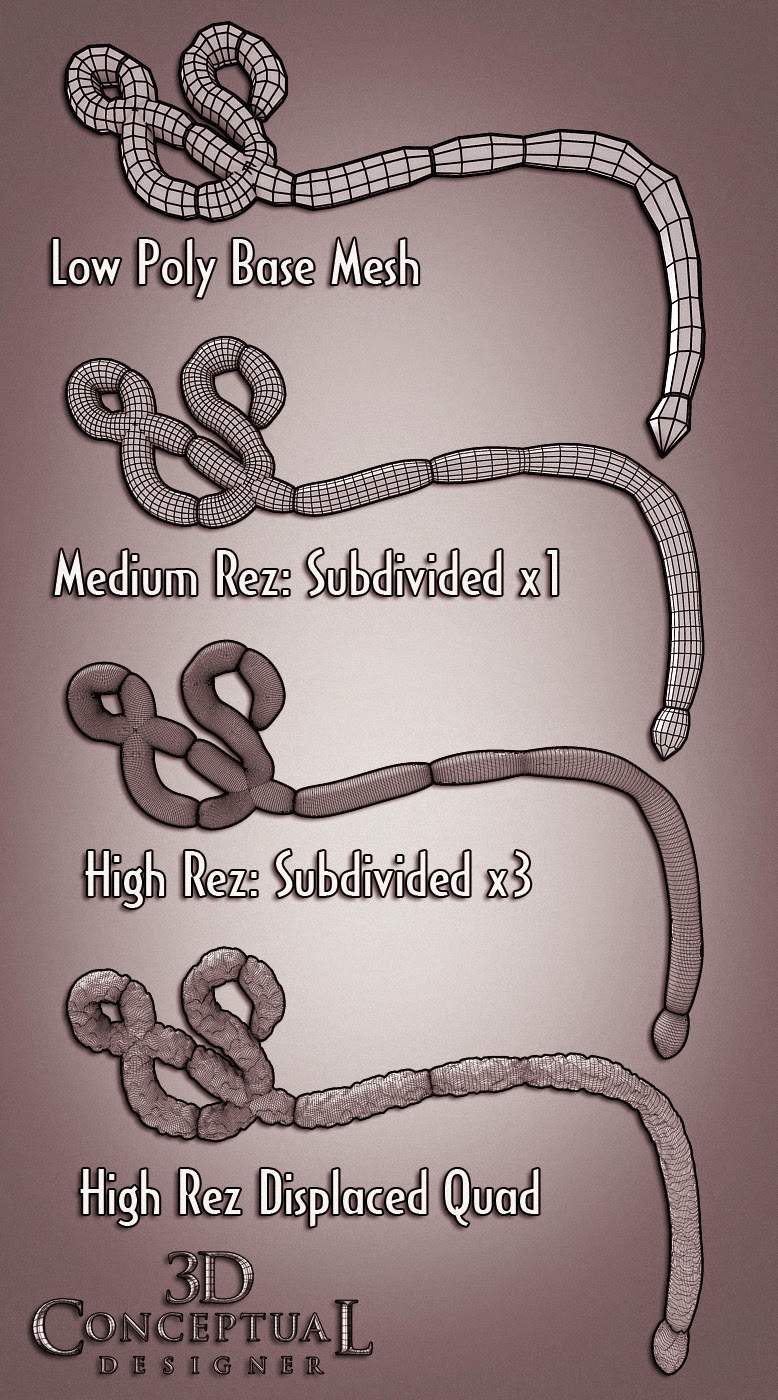 Here you can review the stages of the build out from the simple background low poly version to the fully displaced ultra high resolution 'hero' image. 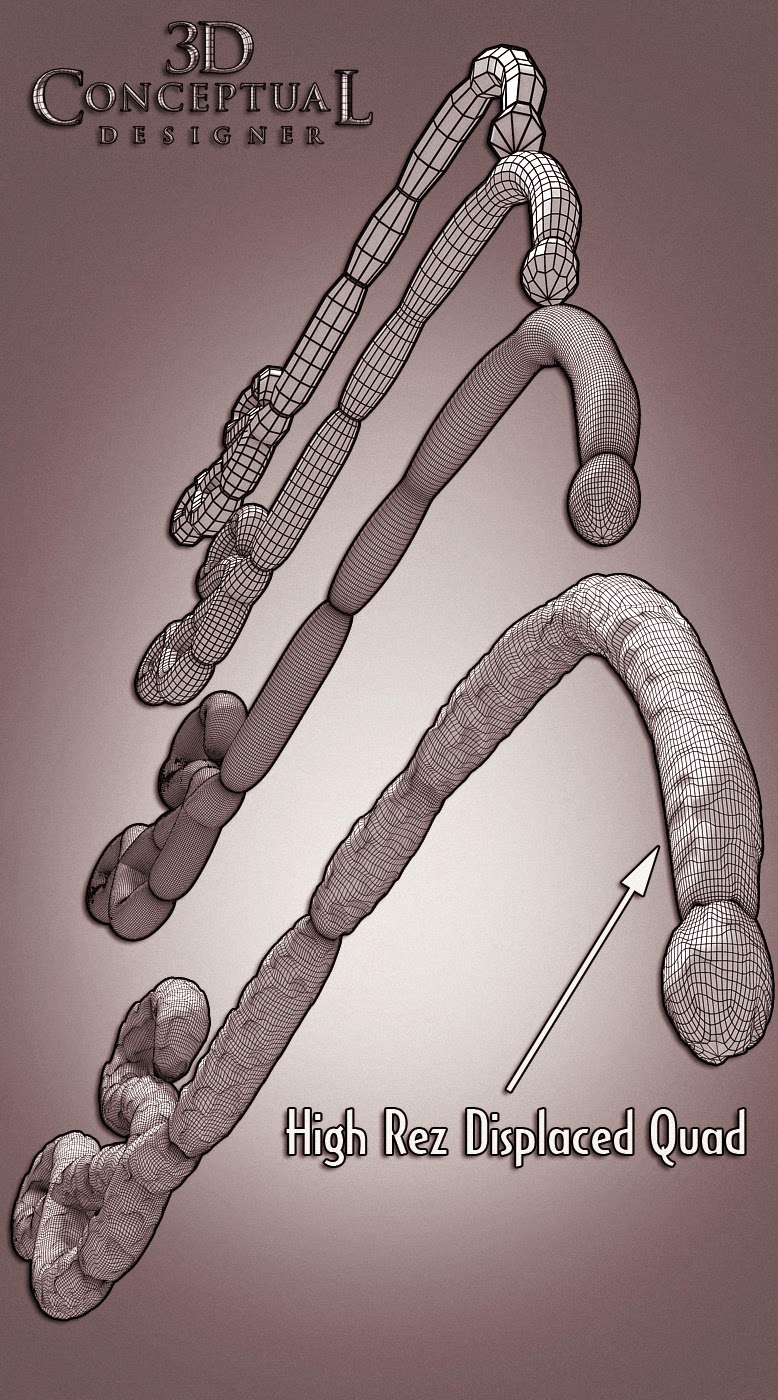 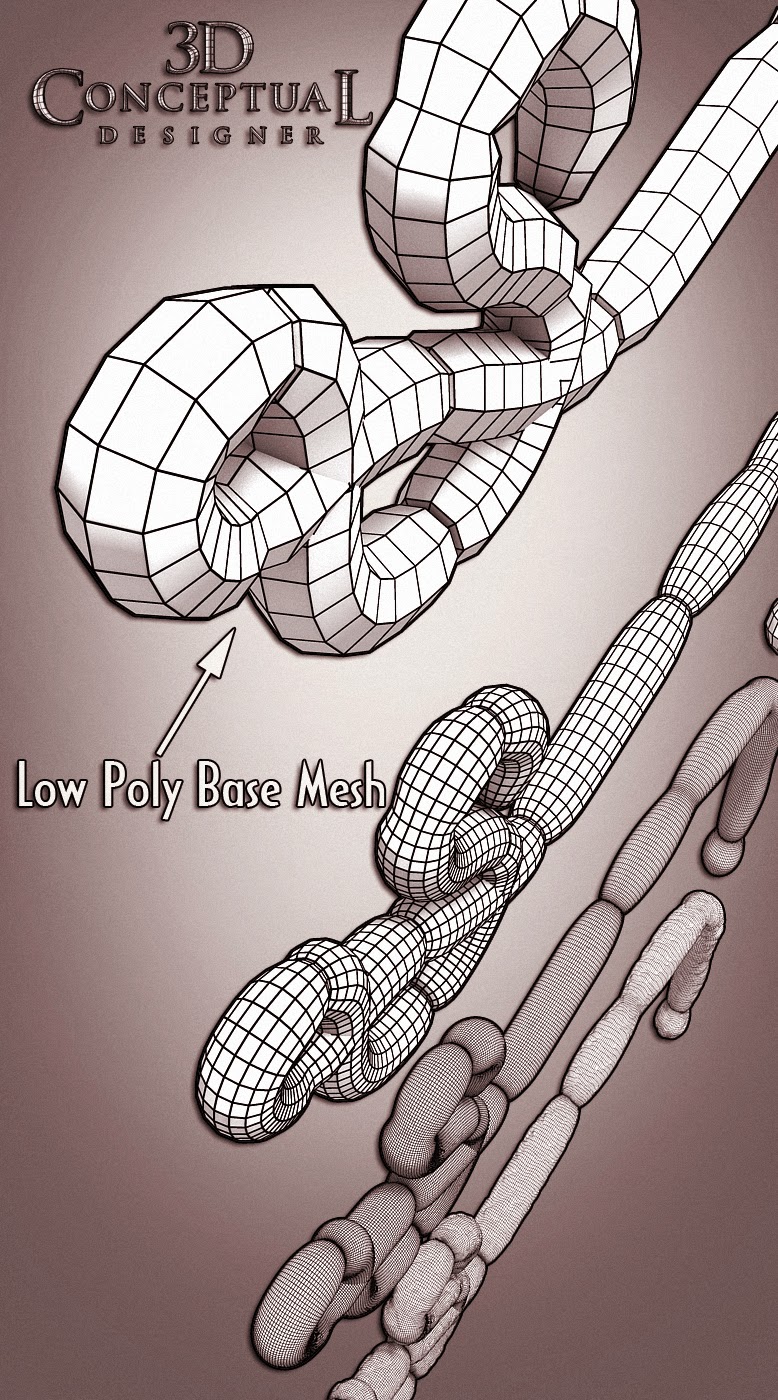 
I had a bit of downtime a few weeks back and with all the horrific news about Ebola, I was looking to fine tune my Microscopic rendering techniques in 3D, as I was foreseeing some clients needing 3D images and animations with full rights to them, so I began to build a scene from scratch.

I have done quite a few Electron Microscopic looks for various projects, including Breaking Bad menus for blue Ray, Aeon Flux titles, and development here. It had been afew years since I was tasked with this type of look, so to stay 'frosty', I picked this as a subject matter to hone.

After doing a bit of research I found images of the virus that seem to appear the most, so I built an actual 3D version of the virus in multiple levels so it would be good for animations as well as super close up work, and I built in all quad subdivision.

I experimented with Final Renders Depth of Field a lot to get various blur effects and different depths within the field of view from the 3D camera. A Fun exercise that got me back up to speed on this look.