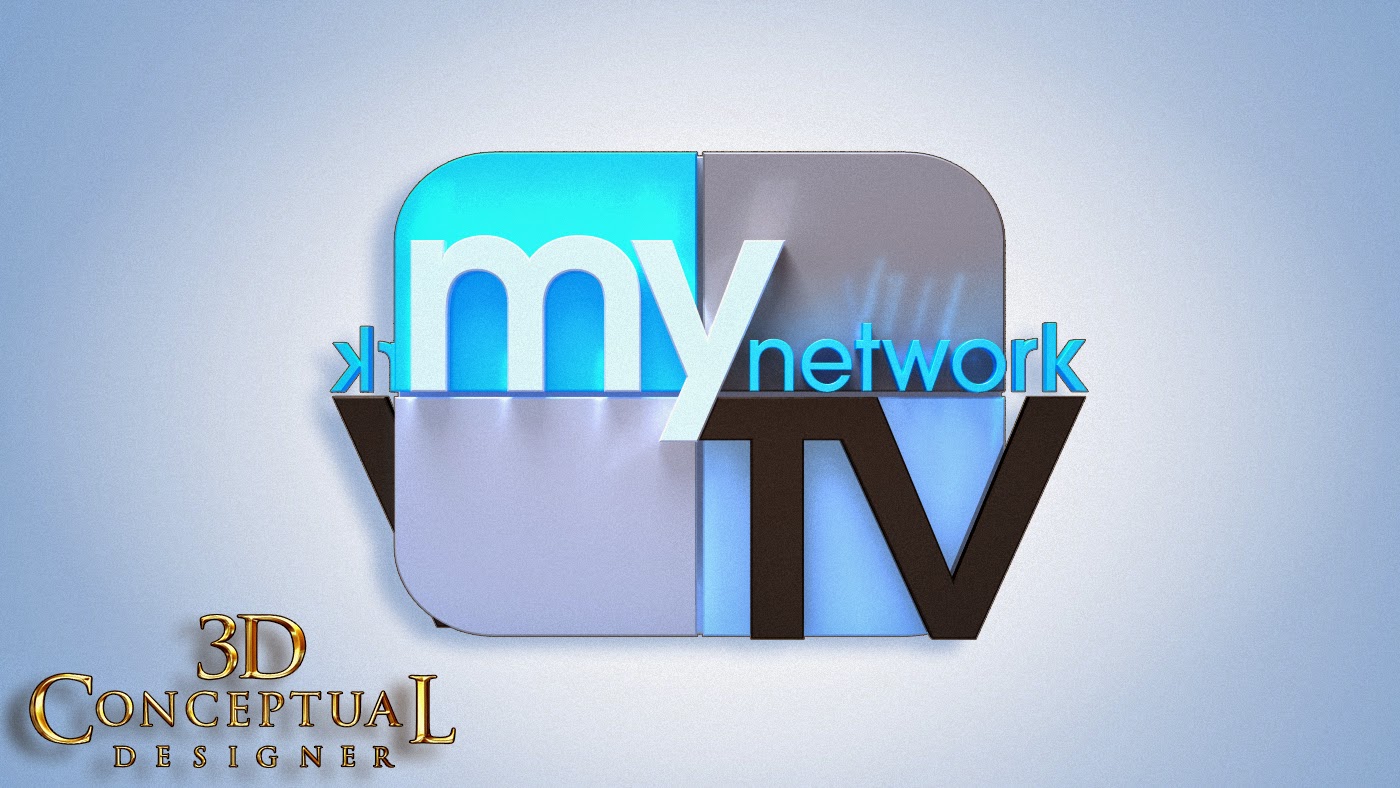 Frame 000 in the 3D Logo build for MY Network TV and Animation done in 3DSmax. You will see the reflective caustics bouncing off the 'network' type up on the holding device which looks great in motion as the light did not move, only the object. 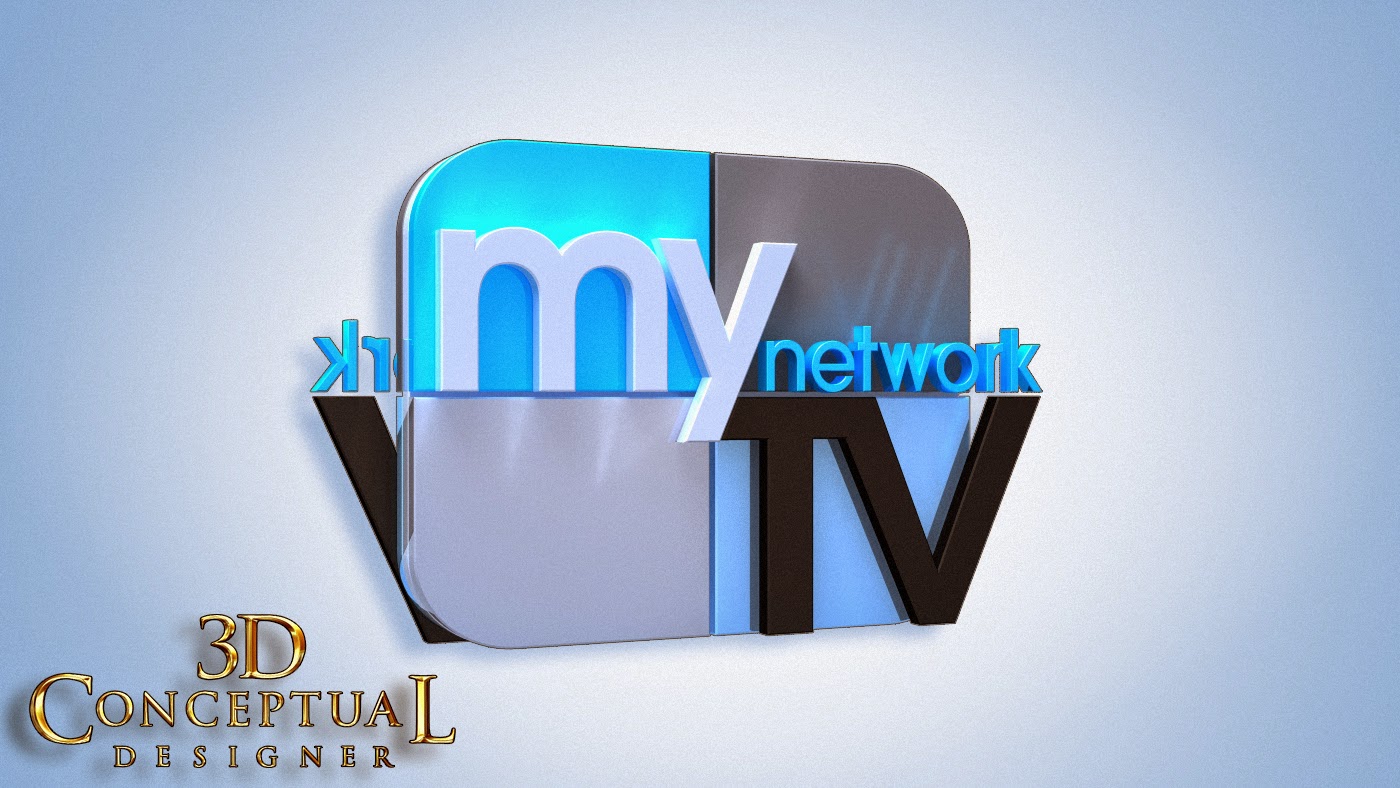 Frame 004 as the 3D object begins to spin counterclockwise. 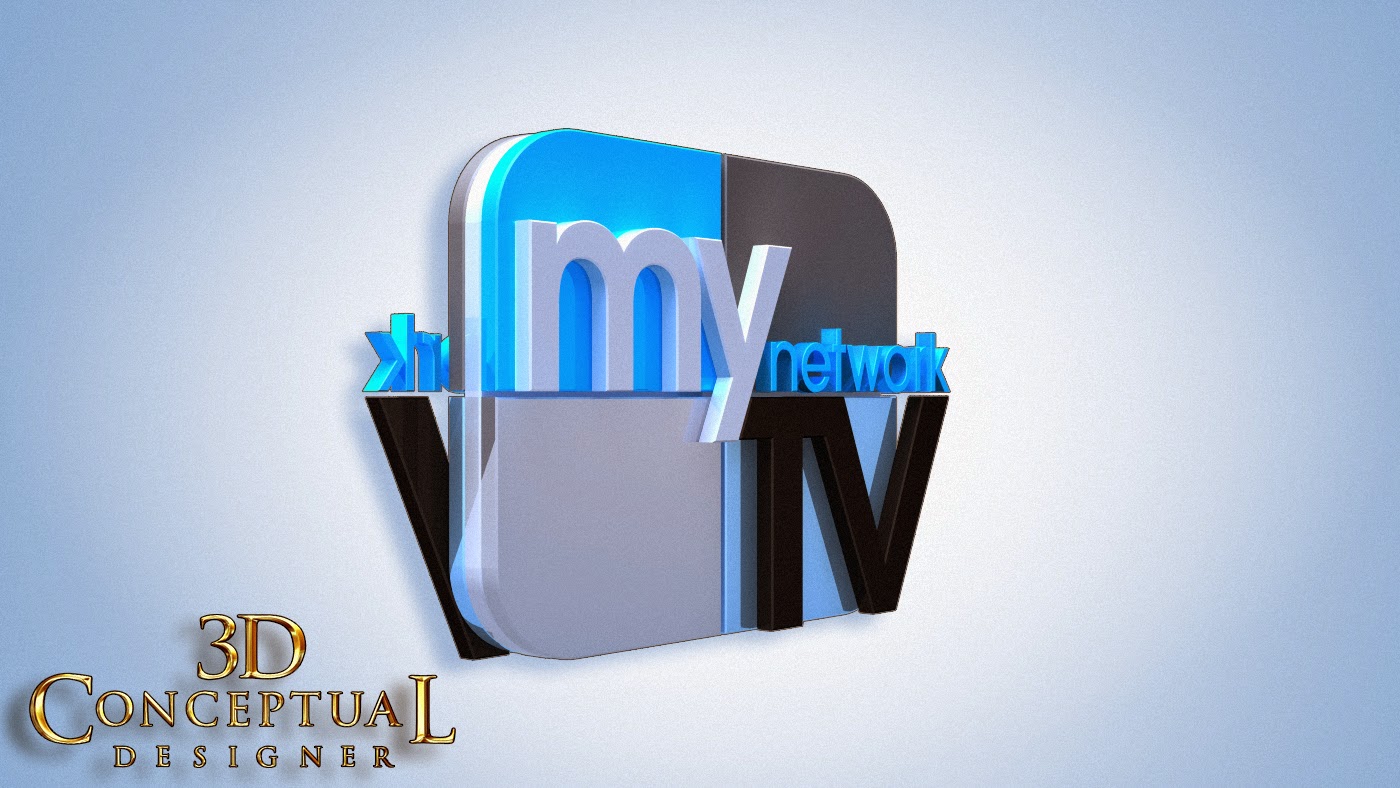 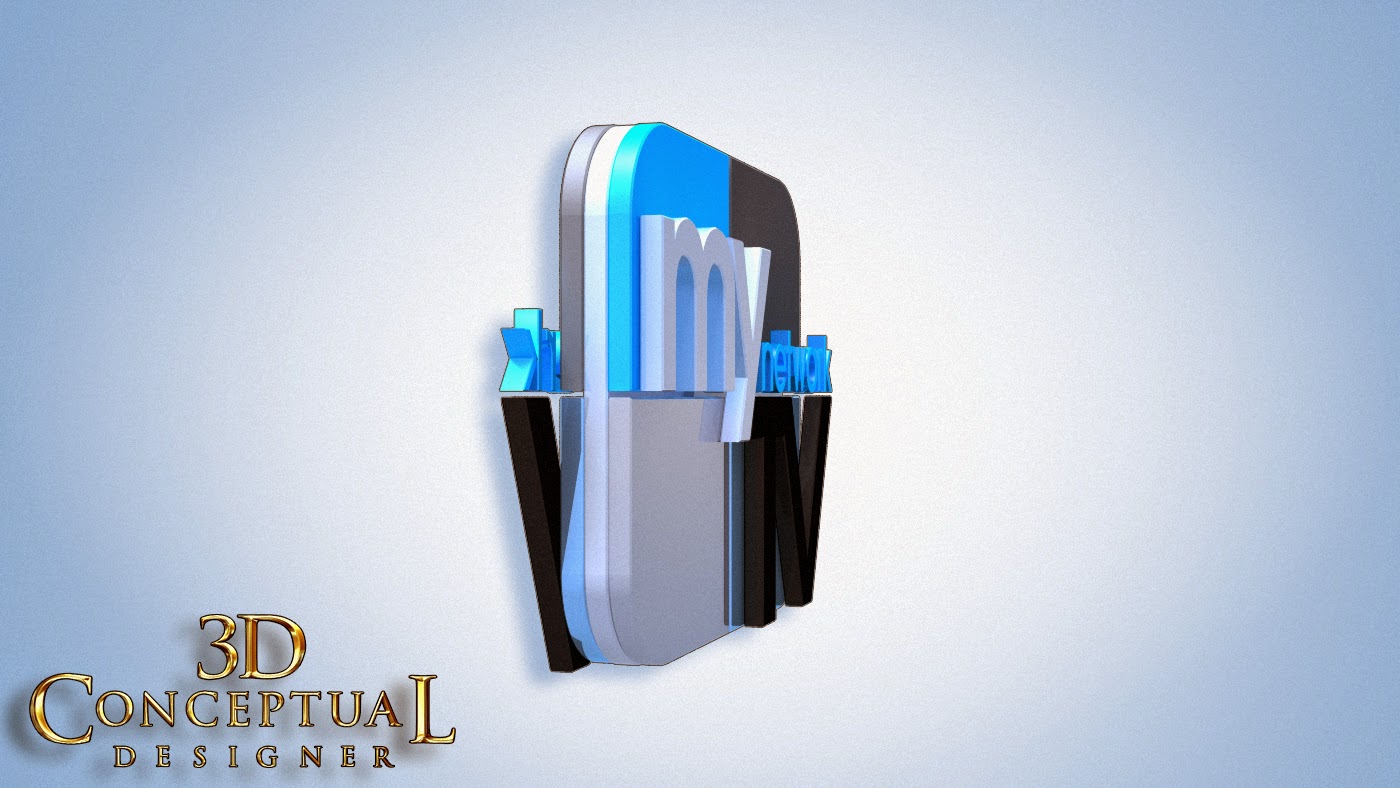 Frame 12 is getting close to half way thru this piece. 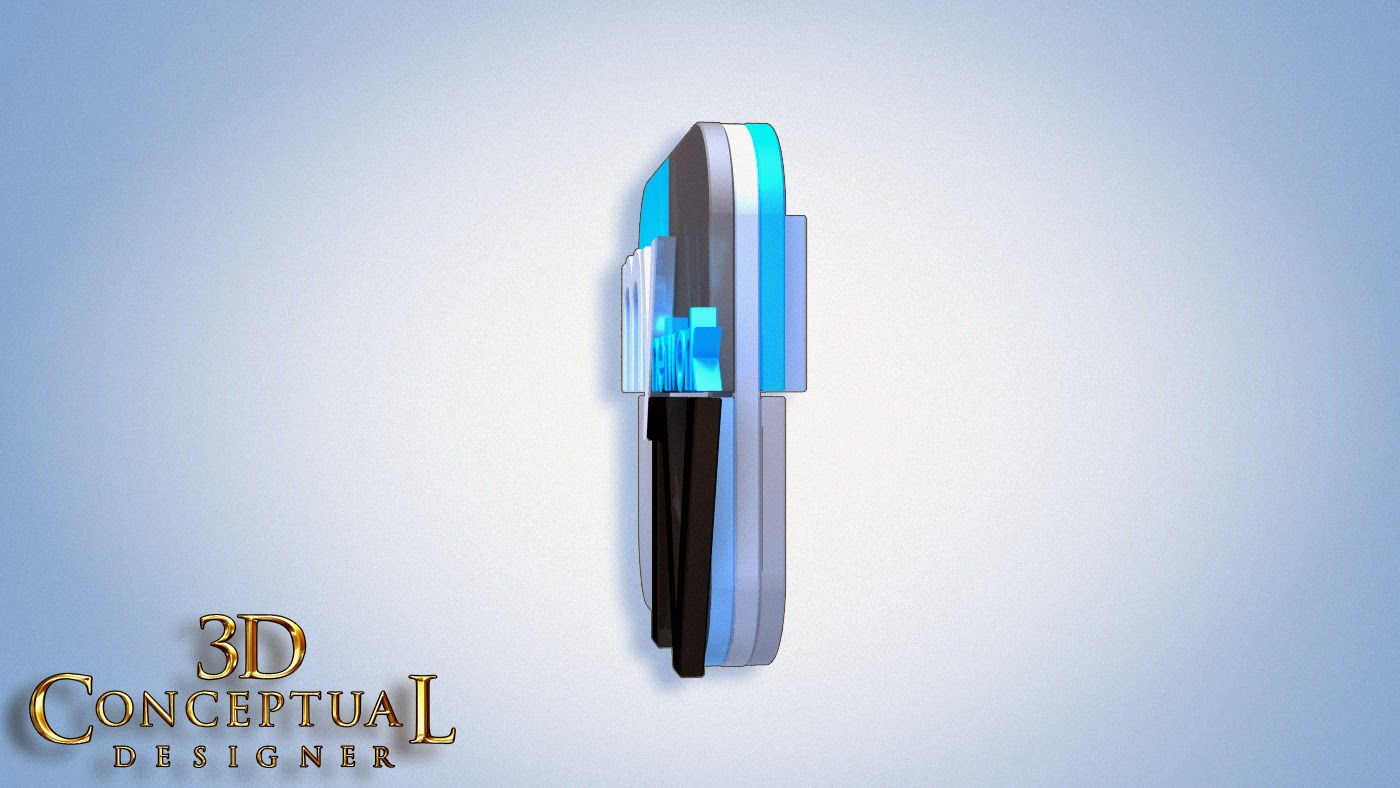 At frame 16 in the 3D Logo Animation for my Network TV, we are just past center. 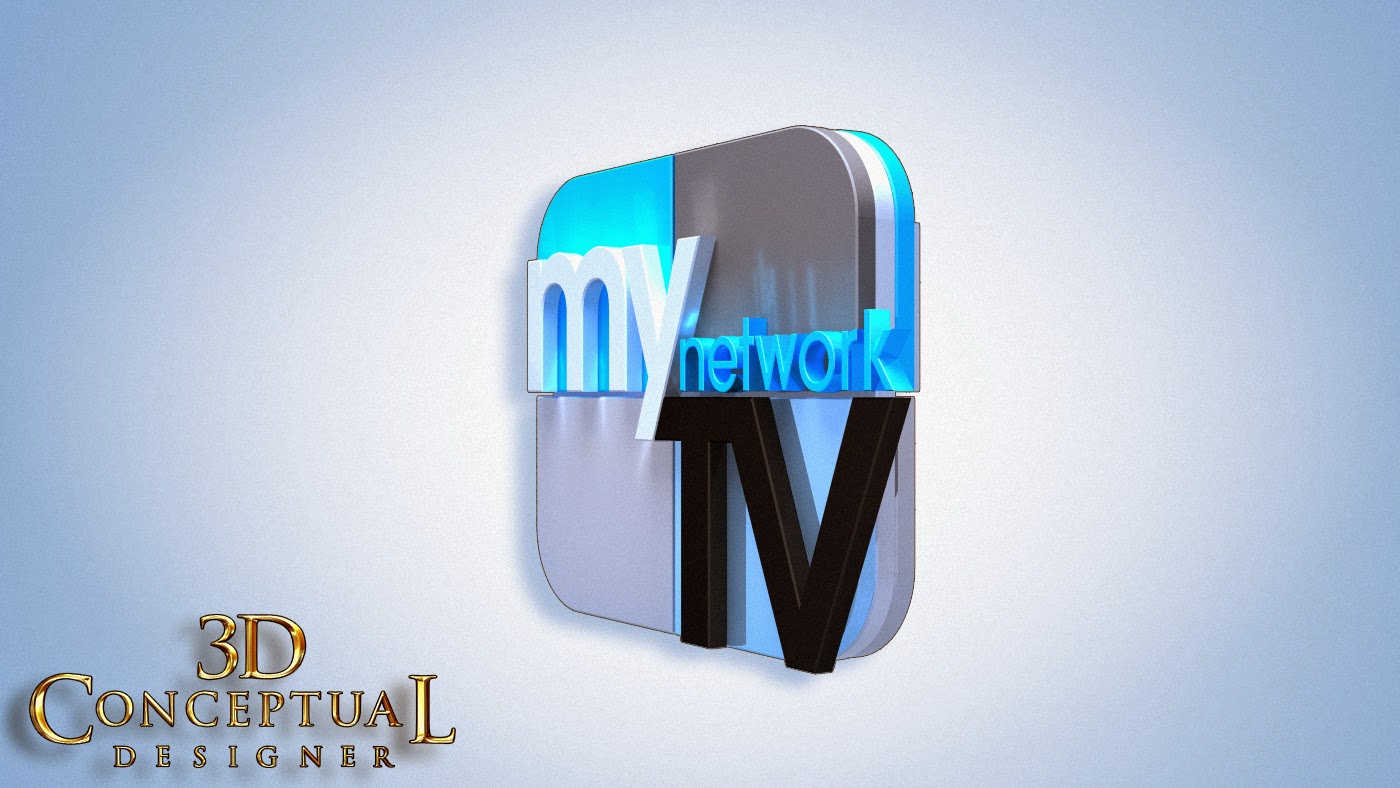 By Frame 20 we see the back side Logo.
NOTE: These are not retouched frames but RAW 3D renders as delivered. The MGFX team would add the appropriate blur and color as adjusting as neeeded on that end. 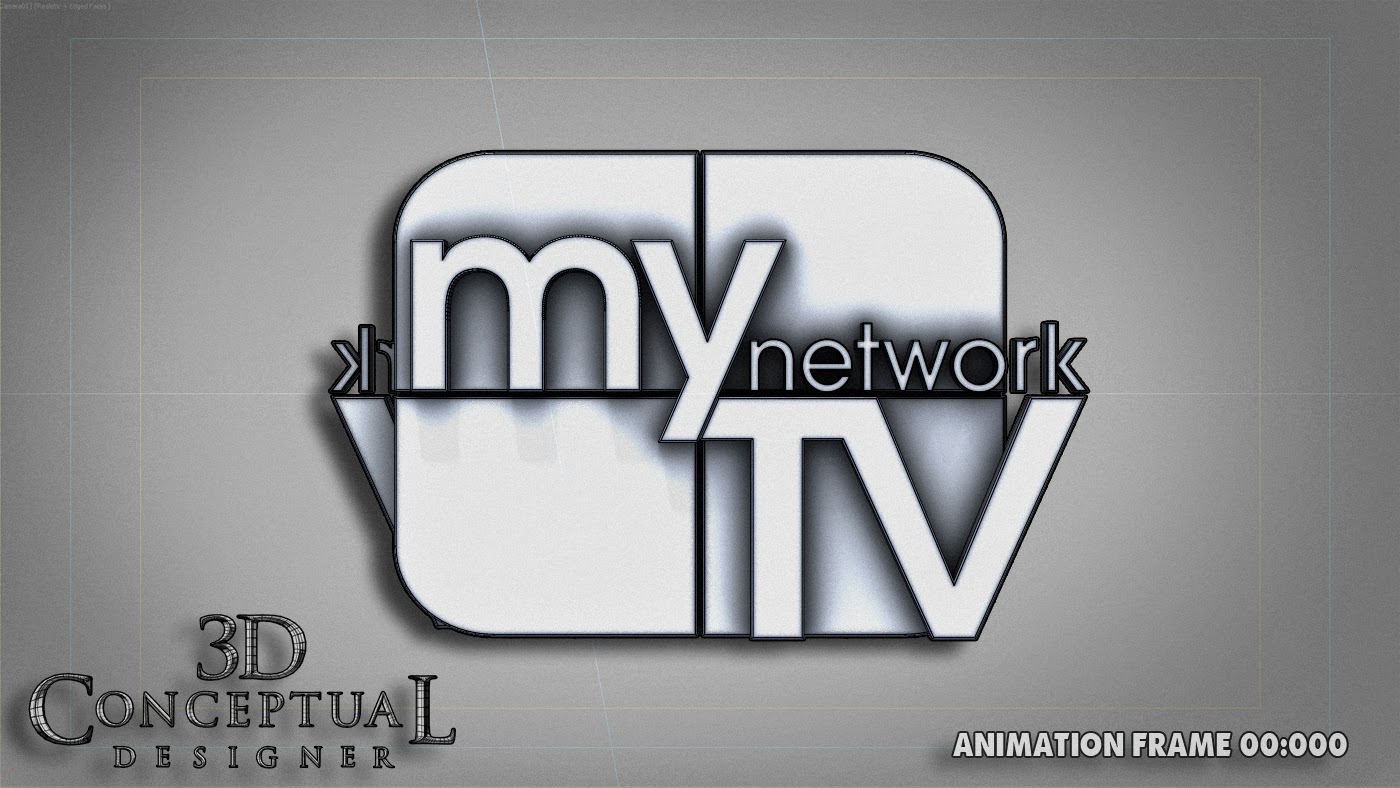 Frame 000 in the ambient render with a screen grab. 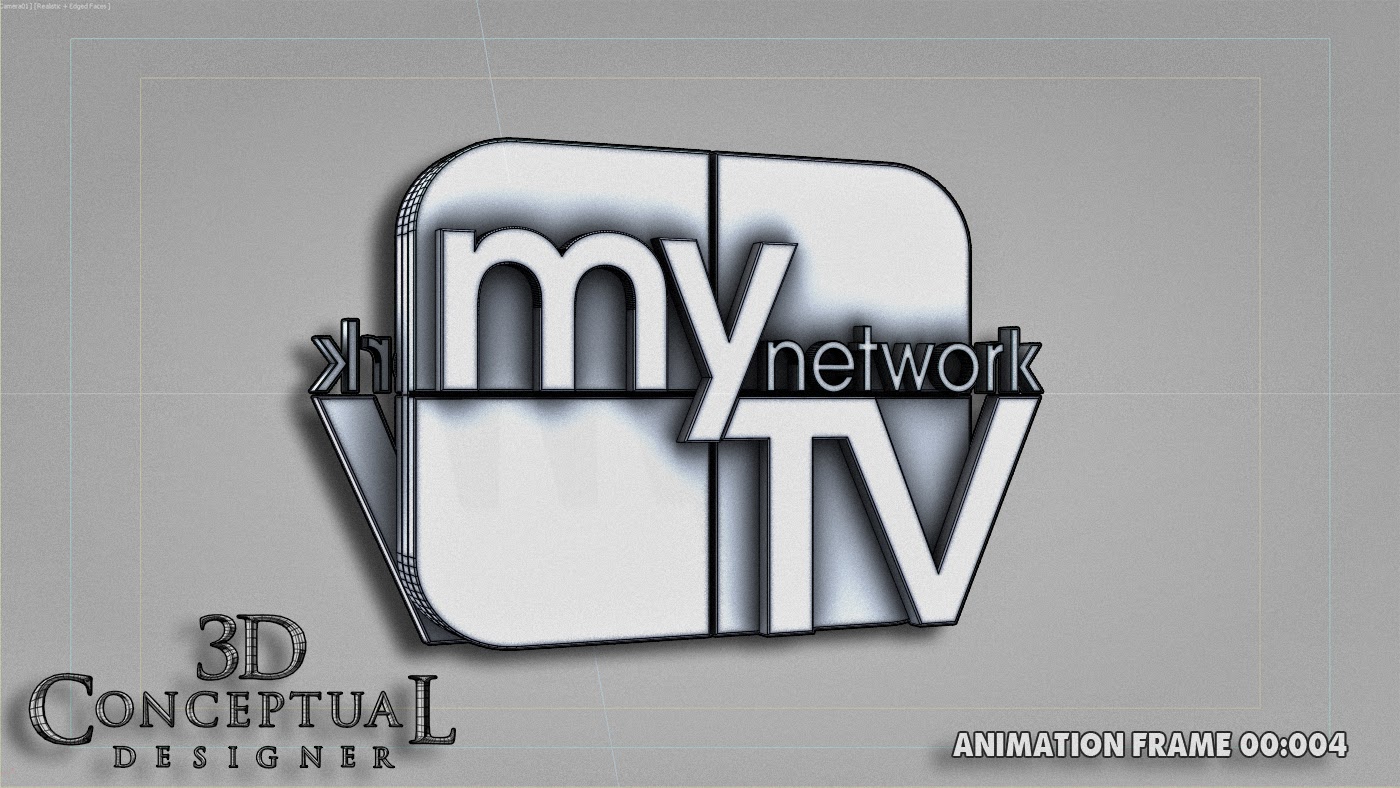 Frame 004 as Geometry in 3D for this Logo Spin Animation work. 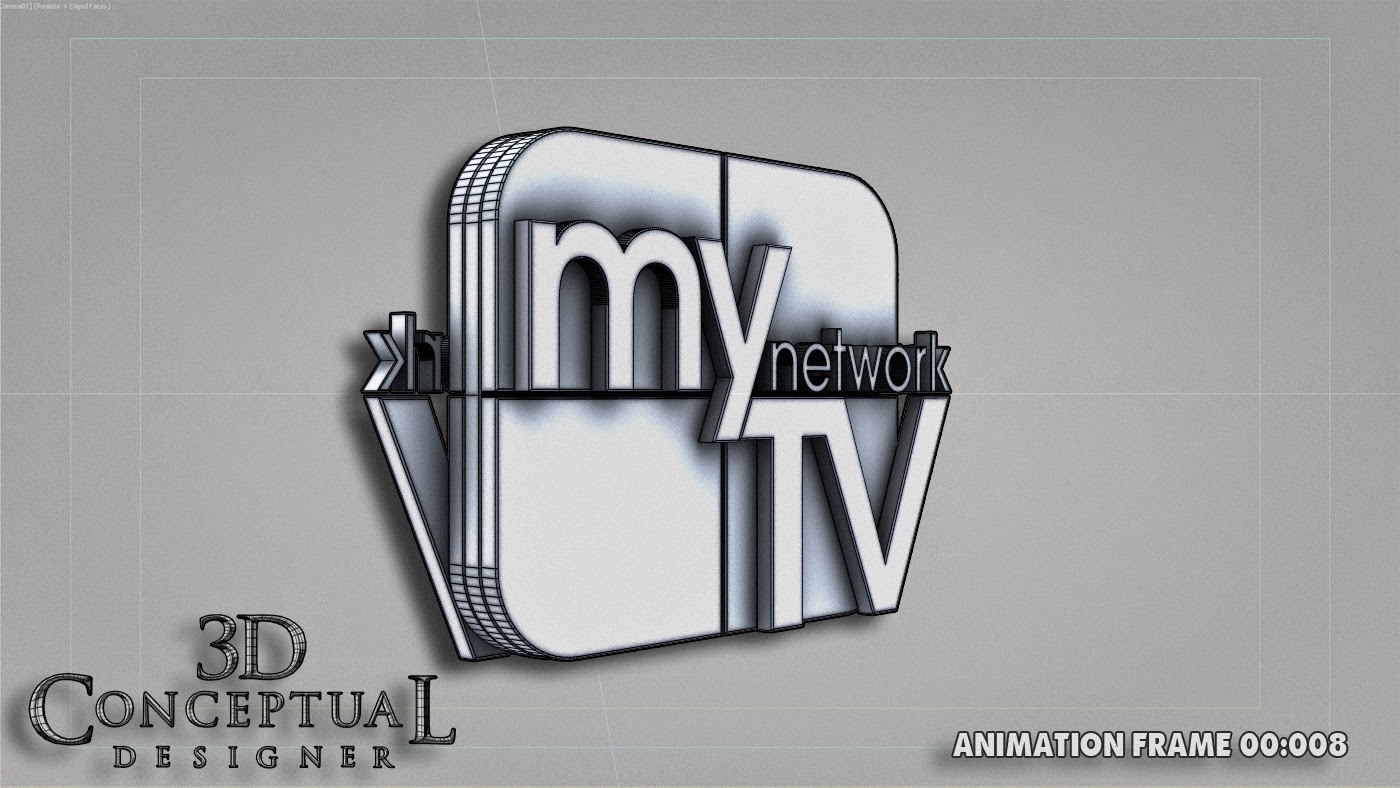 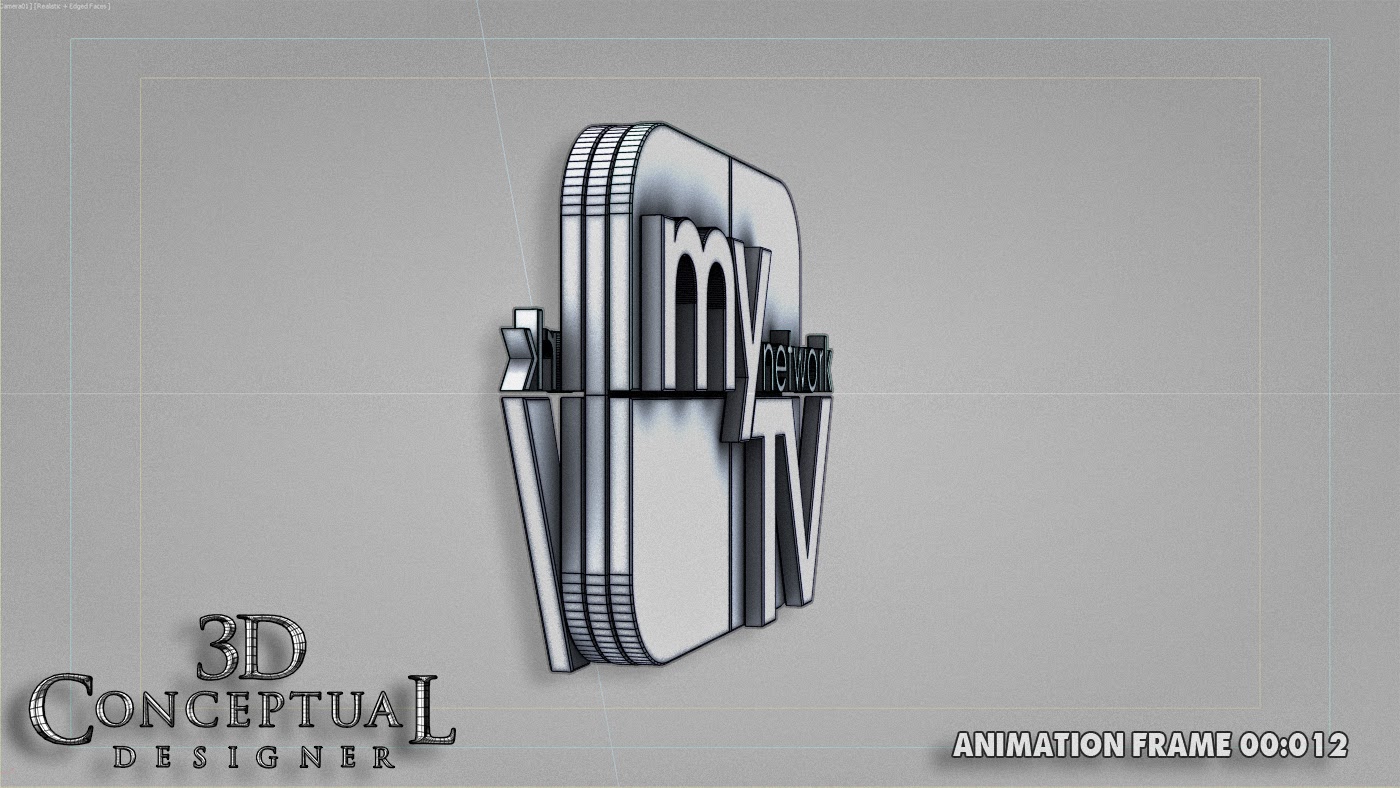 Frame 012 in this polygon render for the Motion Graphics 3D render. 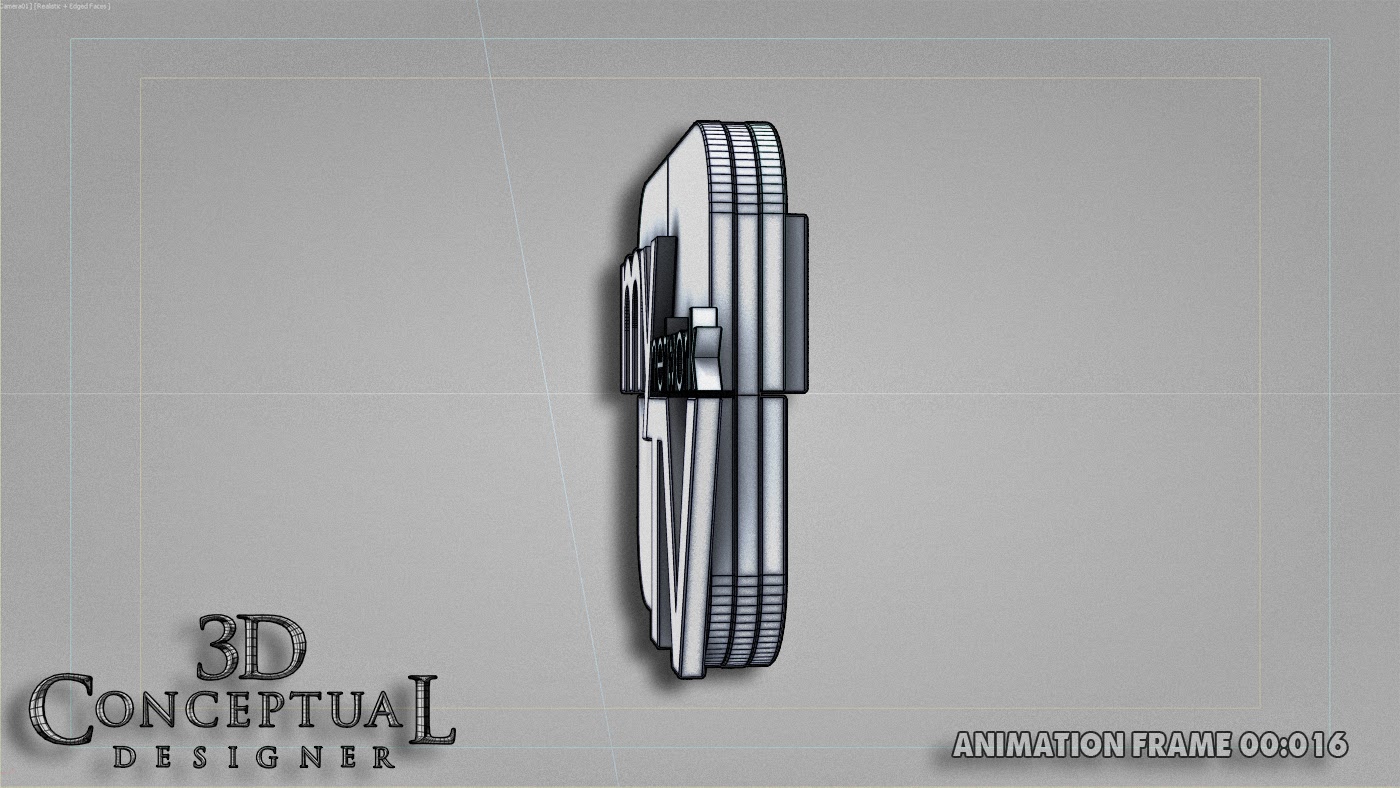 At near center-spin, you can see the five layers in this stacked 3D Design for MY Network TV's Logo spin from 07'. 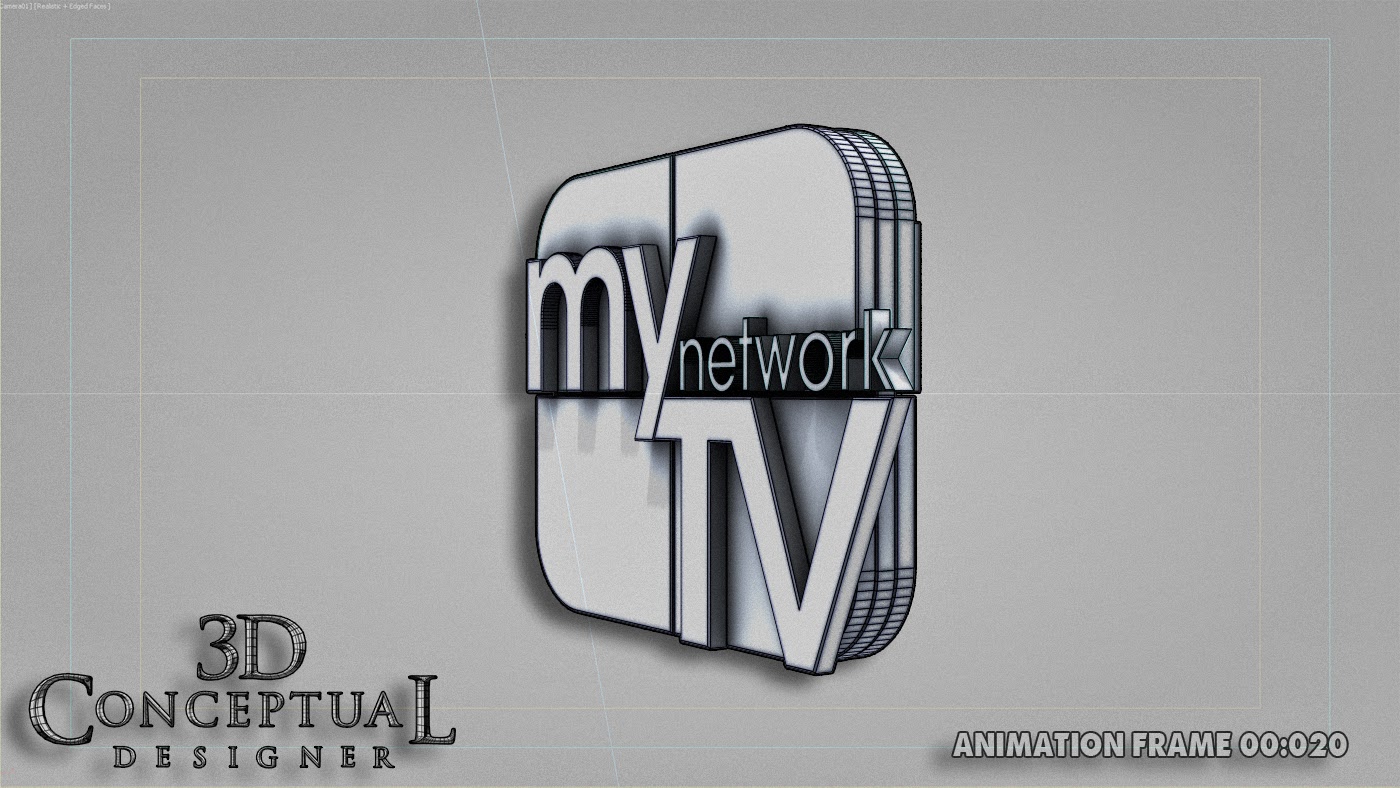 Frame 20 in the spin with the back log seen here. 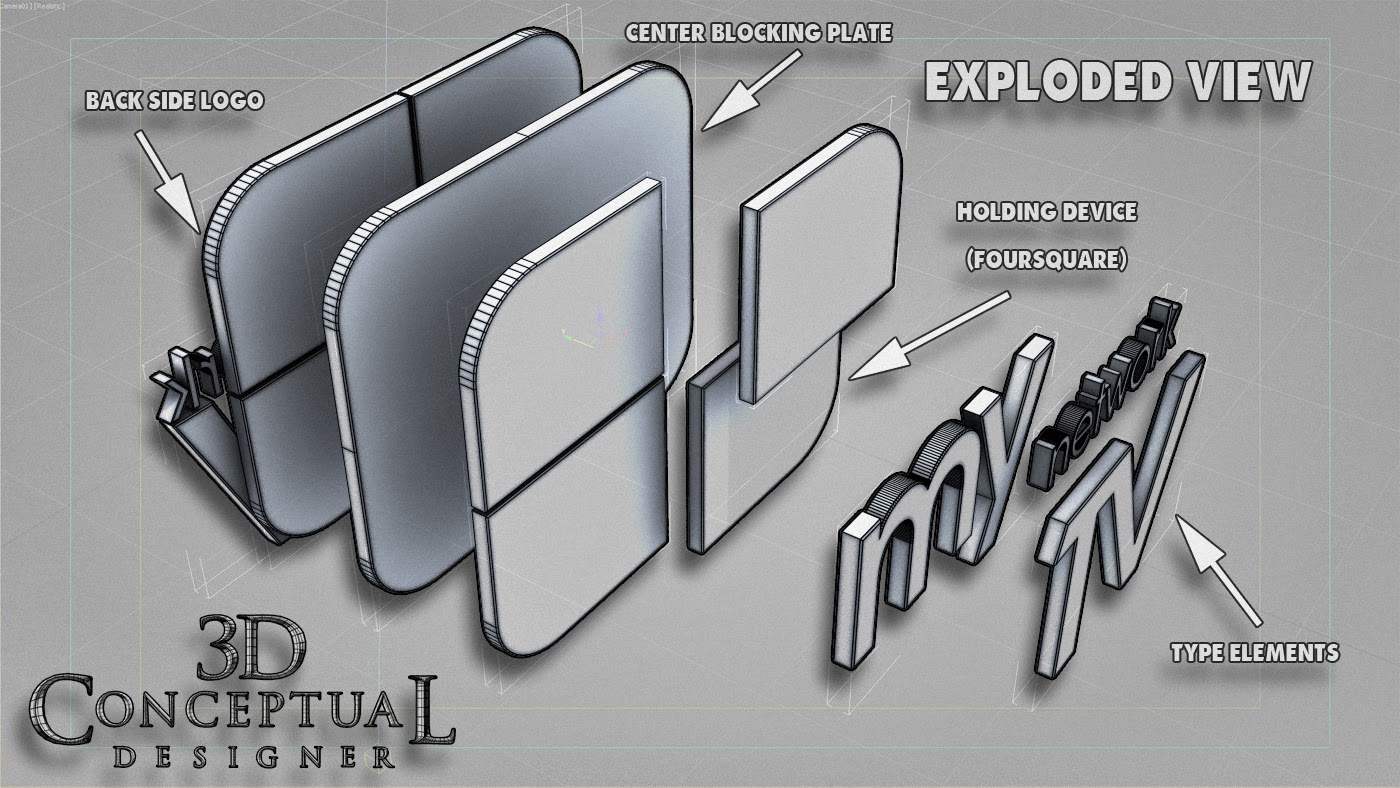 An exploded view of the scene.


I did Motion Graphics 3D renders for the Theatrical AV division as well as the International Division at Cimarron, but I also would provide work for the Home Entertainment group on occasion as well,and today I am covering a fest turn around 3D Animated Logo I whipped up for MY Network TV back in 07.

This went very fast as I received the vectors up front so no replication of assets was involved which is the primary way to lower the overhead cost of a 3D Motion Graphic piece like this. In that file I had RGB colors as well so I could match the print work.

I built out the parts replicated them of the back as this was a repeating 3D spin animation, and proceeded to set up the 24 frame move using 3DSmax with Final Render as my GI renderer of choice.

A fun fast few Hr gig to complete and deliver for them.

Posted by 3Dconceptualdesigner at 12:30 PM