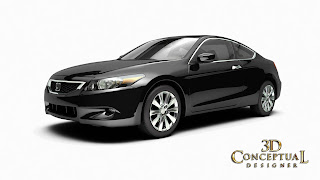 My lighting test of the 2009 Honda Accord Coupe done in black paint. 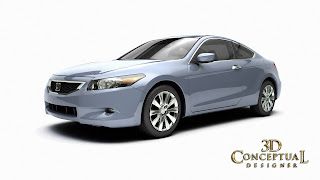 The Coupe is here rendered out in a lighter mist blue type of color. 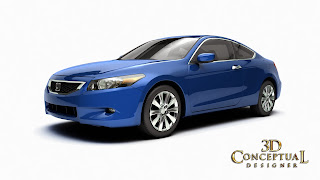 A deep rich blue metallic is rendered out for this lighting shot of the Honda. 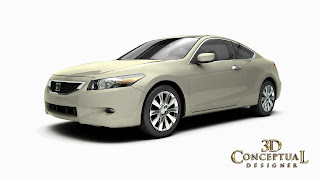 A Warm Champagne type of color was tested in the lighting model too. 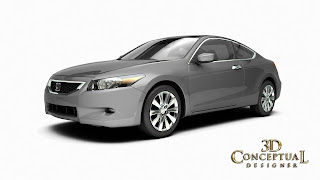 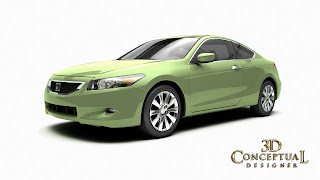 A Green-Lime metallic paint variation on the 2009 Accord Coupe. 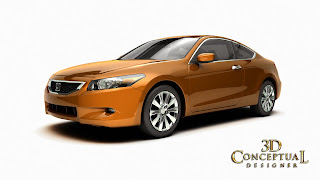 As a Hot Rod fan, I love candy metallics, so I did a candy tangerine color choice too.This was the base scene I used for the Mitsubishi project here. 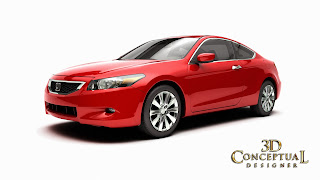 The final was done in red and can be seen in PART I here. 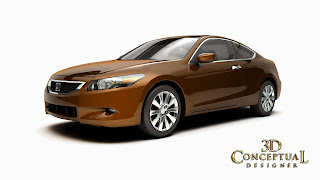 Honda had a candy root-beer color than season so I threw that on the coupe too, LOVE that color. 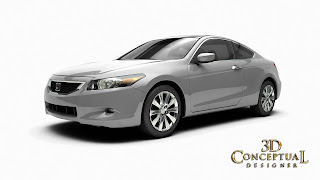 A lighter grey paint scheme was done as well. 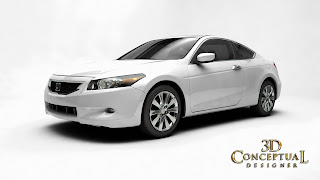 I also did a white paint job which required a lot of relighting as the white bounced the illumination quite a bit.


In Late 2008 I was tasked with helping launch the newly styled 2009 Honda Accord. Previously I had worked to pitch Honda a year earlier as well as doing 3D Illustration for the Lotus Elise account at Cimarron, and today I post the second in a series on this job.

Today I have posted some of the lighting set ups I created ahead of time for the various colors we might need for the project. Each paint color requires adjustment in lighting just as in the real world, so for example, a white car and a black one have very different lighting and intensities due to the paint color and how it reacts to the environment and lighting, and this is also true in a Virtual Photo-Shoot as well. Each scene is dialed in over a few pre-passes until a look is good to go in an acceptable time-frame for production.

I built out the various shaders and materials and rendered these out in Cebas' Final Render Product. I also used these Pre-Lit scenes for other automotive projects since once I had the set ups ready to go I simply replace the car into the scene in which the paint choice is closest in color and brightness, and render away.

You can view PART I here, and the 3D Logo work here.