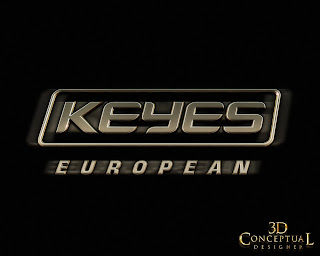 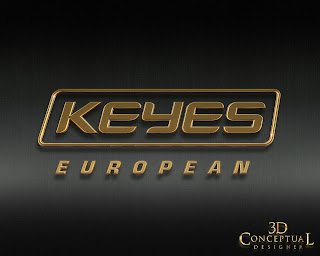 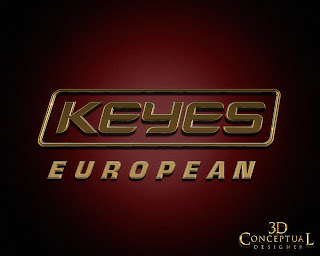 A gold top layer in this 3D Logo with a outlined Chrome back-plate over a dark rich red color. We tried a few colored accents, but did most on black since color is a very emotional responsive choice for many clients. 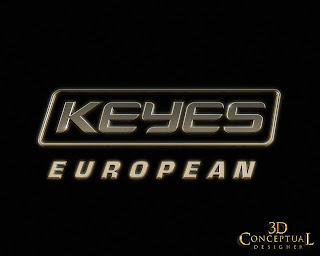 Now flipped material wise I did Soft blurred chrome over gold[ no colored background] for this pass at the 3D Logos I did in 07' for Keyes Automotive Groups Identity pitch. 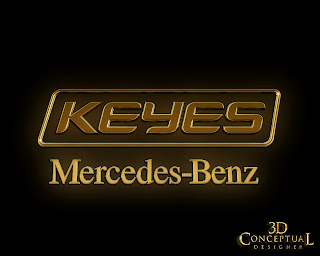 For the Mercedes Division I did Gold on gold with a soft color bleed effect. 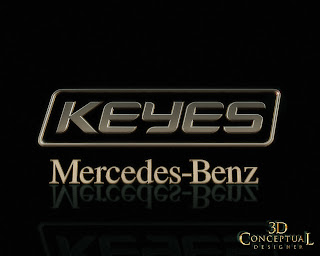 This final was a brushed metal with a gradient applied to the material as well as lit a bit differently to get the soft blend on the face with a dramatic up-lit feel.

I ran a 3D Design Department in-house at The Cimaron Group[ R.I.P.] from 2003, to late 2009, and I was put on quite a few pitches to gain new clients, and with todays posting, I cover the quick half day gig I worked on for our pitch to the The Keyes Automotive Group, one of the largest dealers in the San Fernando Valley out in Southern California.

I first created the vector file for the existing logo itself, to create this in 3D. We did two divisions of the company to showcase a few looks, The European Division, and Mercedes Benz. The idea was simple, to create 3D virtual logos that looked like automotive badge lettering that is usually in a metal and sometimes multiple plates thick found on almost every car. So, I created a few looks using various metal shaders in chrome, gold and brushed aluminum for the pitch.

I rendered out the six looks and delivered to the Corporate Advertising Division for presentation materials, where in this case they were doing a Power point presentation so digital files were all that were required, though we discus the Motion Graphics pass and what we would be doing if it was accepted the pitch did not move forward.

This was a  fun quick little gig for the Cimarron corporate adverting team, and was glad to help with a 3D logo.